so before anyone points it out: this is my fault and I deserve what I have coming - you don’t need to tell me, I understand and know that very well

I lied to my parents

and I know most of you are like “so what?” and I get that

but heres the whole story anyway:

I only told my parents about the second part where my sister (Nia) and I would only be going to our cousin’s (Ruby) place for lunch.  The first part consists of going to the mall and hang out (which my parents are VERY against).  So I did NOT even mention that.

and at this point I didn’t know what was going on or how she even found out because Chi’s someone very dependable.  And so my mother calls for me and begins yelling and so I LIED and said that no I wasn’t going.  The group was but I was heading to Ruby’s place with Nia.

my mother somehow believes me and its calm for a while.  I then go and tell the the subgroup that my mother almost found out about the mall thing and Chi is horrified.  She didn’t tell her mother and quickly changes her passcode to her phone.

we continue on schedule with me picking up Ruby and her brother Matthew on the way to get there on time.  we’re a big group - around thirteen people with a few missing. San, Tol, and Mel are three important people to the story.  NOTE: three more of them are cousins: the brothers and T.  They are only around because I’m there - so their parents know about my presence.

not even halfway through, Chi leaves.  I noticed, all of the other people notice.  So we’re like oh no, something is wrong.

Chi’s mother picks her up and she continues to cover for Nia and I.  They have an argument of some kind (we later find out its because Chi changed her phone passcode and her mother wants in or so she claims but I think its much worse; her mom also is threatening to move Chi to a different school but idk how thats related to this problem).

after this hang out, we go back to ruby’s place where Chi shows up half an hour after.  everyone is concerned, she brushes it off and everything goes decently well up until the next day.

the next day both my mom and dad are in an argument of some sort with Chi’s mom because she believes that I drove to the mall while all of us are out with responsibilities of our own.  during this time we let the rest of the group know of our predicament (telling them to not mention Nia and I unless asked so then they don’t have to lie to their own parents.  T is troubled but I told her that it’s alright because I didn’t want her to be in trouble with her own parents).

so heres where it gets messy.

my mother has a grudge against some people on T’s side of the family so she doesn’t talk to them often - but Chi’s mom talks to them every other day and would possibly bring the truth up.  because T and her brothers could go only because I went and there is no way T can get in trouble with her own parents because of my stupidity. and then we’re screwed.

San’s mom talks to my mom every blue moon when they accidentally meet up and San’s mom talks about everything dealing with our group.  I don’t know if san’s mom knows that we went, but if she does - we’re screwed.

Mel’s mom likes to talk about how we hang out together and each of our events.  because Mel used to be a loner and suddenly now has friends so a mother can be reasonably proud of that.  she doesn’t have any sort of contact with my mom, and has a a grudge with chi’s mom.  however, has a good relationship with both san’s and tol’s mom - and then we’re screwed.

as you can see we’re screwed either way.  but like panicked people we are - the subgroup makes a believable-ish story.  subgroup: me, nia, chi, ruby, and mel.

story:  chi is confused and thought that nia and I would be going to the mall with the rest of the group - hence the possible chats her mother could have saw.  turns out I only came with nia and ruby to drop off Matthew and Chi doesn’t see the three of us there (which I got yelled at for by the way, because if there is something wrong they will believe that and will not ask for anything more.  a too goodie two shoes story is not believable).  we won’t mention any drive backs because that would lead to more lying, no T or her brothers so they don’t have anything to do with the problem.  chi leaves half way.  we’re at ruby’s place (because ruby’s mom can cover for us because my mom and ruby’s mom have a grudge against one another - a whole different story itself).

and the rest will consist of the lunch at ruby’s place.

proceed to the day three: chi’s mom and mine suddenly has a hangout.  suddenly, as in, the two of them hasn’t had an outing for nearly a year.  the situation isn’t brought up for some reason and we suspiciously let it be.

we’re thinking it will be okay for now time being.  the continuation is that whether or not Mel’s and/or San’s mothers will bring up the conversation to tol’s mother who in turn will talk to chi’s mom OR T’s mom talks directly to chi’s mother and it’ll be a different story from ours

and then we’re screwed

Anybody else get spoken to little shit and belittled and then overthink to the point where you actually believe the lies they’re telling you about yourself?

📀📀📀Repost @trap_mob_godz
• • • • • •
I thank all the people that purchased all my beats and samples….we gone do it all again this year and keep moving forward….Salute.

Sometimes enough is enough, move on and let someone else deal with it.

TBH if this world come to end / screwed, it won’t suprise me…

People keep joking / make meme about someone misfortune.. Yesterday about WW3 now it’s this corona virus, how can someone think it’s funny… They really lack of empathy…

My life probaly is someone joke… end it please

#im tired, #rant, #let me die, #le me die, #argh, #screwed, #what a pain, #stop about stupid joke, #how can you lack of empathy
2 notes · See All
callmemaschaText

its so fucked up to want something SO bad but unable to do absolutely anything to obain it.

My crush is getting serious. I’m whipped and screwed.

y2k is happening to my brain 20 years late

730ish.com: Celebrating a Decade of Deconstruction 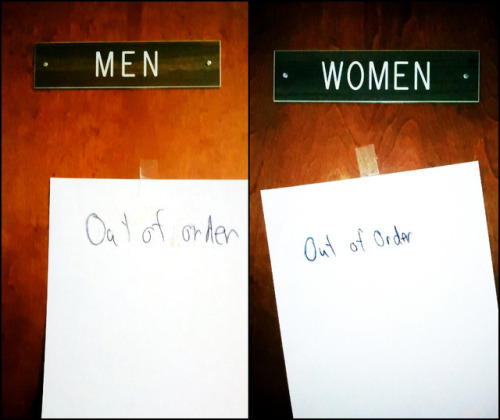