Todo: Me or Momo?

All might: He’d be like the doting father once he finds out about their relationship. Supportive and being the one to uh…give them talks. He’d also probably be the one who unintentionally embarrasses them both, Midoriya mostly.

Uraraka: She’d be like “Finally!” She got over her crush on Midoriya when he realized that they would be better of as friends because, if she was being honest, she found Todoroki and Midorita to be a much better couple due to how in sync they can be together, not to mention the fact that she may have slowly fallen out of her crush on him and drifted over to a certain blue-haired guy with glasses. She’d tease Midoriya and ask him how his relationship is going so far, laughing whenever he got red enough.

Iida: He’d be the “strict” dad between them, constantly reminding them that while he is indeed supportive of the two, public display of affection is not prohibited and are best suited behind doors or outside of school. Other than that, he’d give advice to them and assurance that they both deeply care for each other and that, “No, he most certainly is not going to break up with you because of something so small as forgetting to say hi to one another first thing in the morning.”

Bakugou: Whoo boy, this guy just thinks that the two people he hates the most getting together could be the worst possible thing ever. And if that isn’t enough, he now has to deal with them being all mushy and cheesy around each other. Gross. He could just gag. (No, he is not homophobic. His red-haired boyfriend can vouch for him.)

Yaoyorozu: She could not be any happier. Her best friend now has someone he could share his feelings with and be happy! She was supportive of this relationship before it even began, whether it was platonic or romantic, she knew they were perfect for each other. And on top of that, she now no longer has to hear about Todoroki coming to her and gushing/complaining about how cute Midoriya was and how he wished he could kiss him.

Inko: She would be absolutely ecstatic about her son dating someone. She’d constantly invite Todoroki over and would ask questions of them; how the first met, when it started, the simple things. She’d also be that one mom who would also embarrass her son by showing baby pictures to Todoroki (who may or may not have asked to have print out of them.)

Rei: She wouldn’t really know what to think at first, but she’d later be happy for her son. She believes that he deserves the love that he never really got to experience. She’d probably get emotional at how much he had grown from the once emotionally detached boy he once was, which then got him started, and then Midoriya too since he was invited to go with him to visit. It was really emotional.

Endeavor: Now, while he may not be the best person around, I don’t believe that he’d be homophobic. Yes, he has his preferences in thinking that offspring could be beneficial at times, but I don’t think he’d really care for who his children end up with as, “relationships are the least of my concern, all I care about is you getting to your goal in becoming a powerful hero.” Todoroki is a bit surprised but nonetheless pleased with it.

So in this theory i gotta start out by saying its under the assumption that all for one is dekus father, and i dont want to delve too far into that (i think i already have in a post before) but one part is important- and its simply the fact that the doctor who told deku he wasnt going to have a quirk was the same doctor that you can see later treating all for one, and speaking to him like a colleague or a friend.

Of course in most theories it goes by the idea that one for all made deku for the purpose of taking his quirk. However.

Perhaps we go another route and say, maybe he had wanted to see if he could create a child with a quirk similar to his to take his place. He then would have decided to leave deku in this single parent house, hoping that the world would show him it was a bad place, and he would show up at an opertune time to ‘teach him his way’. However his fight with all might put a stop to that, and all might got to midoriya first.

Now on to the actual theory.

What if. Deku had the quirk that could enhance quirks around him?

My first and probably most obvious example for this is bakugou. He had what could have been a very powerful quirk, but, if we compare the overall power of his quirk to others, he had such a stronger and more adept understanding of his quirk with (and im assuming) not the same amount of training todoroki had. And yet it compares- it would be possible, if when he used his quirk, deku was around, he has been able to control and adapt to a higher level of ability to the point that it became natural.

And then theres also even todoroki, abd his explosion of power at the sports festival, his sudden ability to not only use the flames to such an extent after refusing to for so long (noting that, as the show has pointed out several times, a quirk works similarly to a muscle, in that it can get worn out, and then assuming that not using it could weaken it) but also being able to counter a blow from OFA and win. Theoretically, deku could have been using his quirk on todoroki without knowing simply because he doesnt know it exists.

On the other hand, we have the fact that one for all combines with the users own quirk to strengthen it or change the overall quirk in some ways. Now if we take the episode where he defeats overhaul into consideration, and the fact that he develops sort of extra quirks later on in the series, i think its possible. Especially when you think about the fact that his full coul sort of shows up in a visable green glow with the power litterally spilling from him in wisps of green lightning or from his eyes like in the episode. Not only would it allow him to surpass all might, like one would assume he be able to, but perhaps triple him in overall strength and power.

It would most definitly account for some if the feats he has pulled off, like being able to throw a 1,000,000% punch without pulverizing his entire arm.

Honestly, its a little bit of a stretch, but i like it.

Bones marketing team really be out there… creating content blessed by God Himself…….

#Not to sound weird but I would give my life for Mirio, #And all of them tbh who am I kidding, #Mha, #Bnha, #Bones, #My hero academia, #Mirio togata, #Tamaki amajiki, #Ochako uraraka, #Izuku midoriya, #Shoto todoroki, #MHA season 4, #Bakugo katsuki
14 notes · See All
heshawksText

I did a thing.

–I was wondering if I could request a scenario where the reader (female) was under Sir Nighteye (like Mirio and Izuku) and Todoroki is her boyfriend. After Nighteye’s death, todoroki comforts her and she starts to question if being a hero is the right path for her. Thanks if you can do it but no worries if not!

Notes: Thank you for 800 followers!

“I wonder where Midoriya and the others are,” Todoroki said thoughtfully as the two of you walked down the hall, class over for the day. “They’ve been missing all day.”

“Yeah,” you mumbled, clutching your bag tighter to your chest. “It’s weird.”

In case it wasn’t clear, chapter 23 is out too so go read it I guess

Chapter 24 should be out soon~

Izuku: Kacchan got me a get better soon card.

Izuku: I wasn’t sick he just thought I could do better.

Kacchan *from across the room*: HELL YEAH, YOU COULD DEKU!

-You’re a vocal major at an art school surrounded by your friends who are also very artistic. Who knew that one person can change your life so much and fill you with confidence you didn’t know you had.

A/N: So y/n’s friends decided to be clowns this chapter and spy on her date. No bad intentions, they just care about her :). y/n and todoroki are really cute, my heat melts writing. But the angst is coming. I’m still figuring it out and so many variations have gone through my head. believe it or not, I considered killing Todoroki off twice. Thank you for reading!

To rebel against his father he got a blessing from an angel. Making him partly pure.

Cosplay done by me

Shoto Todoroki in every panel: 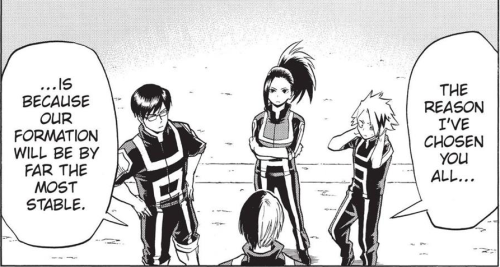 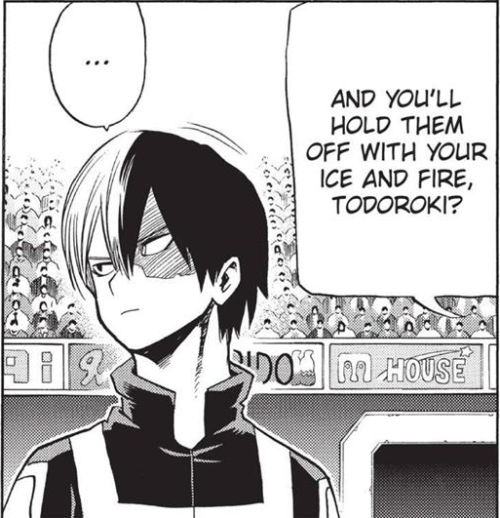 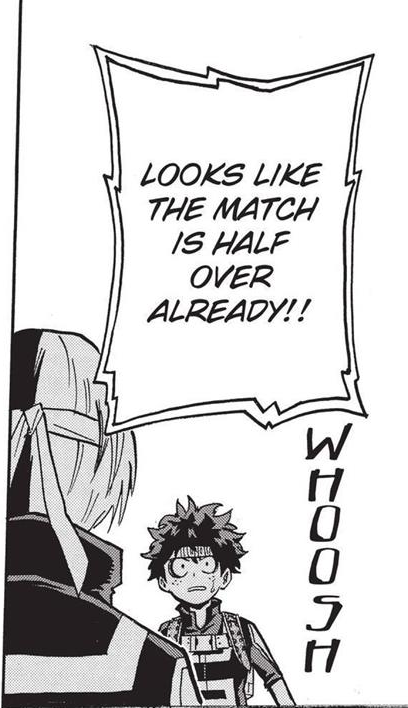 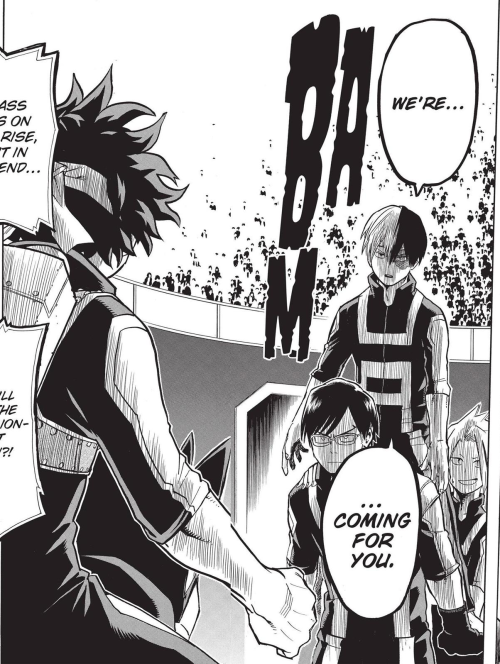 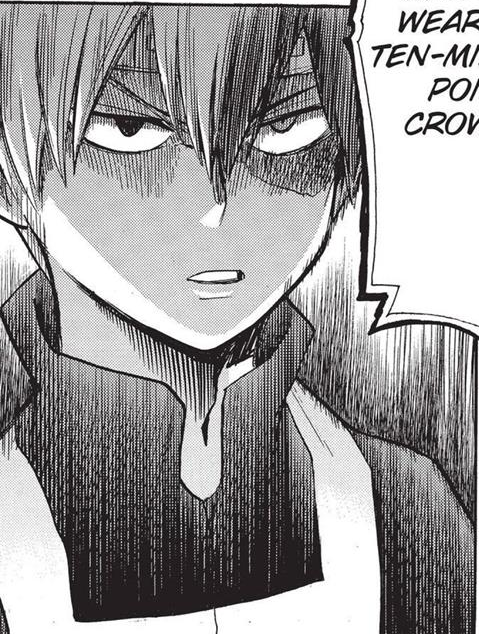 Todoroki telling his Fuyumi he is staying in dorms for the weekend because he has training to catch up with. Only to be out with Izuku and getting a text from Touya asking if he wants to go the cinema. He says he can’t. Later he gets a text from Natsuo asking if he wanted to grab some lunch.

Shouto texts back saying he swamped with homework only the put his phone down and look at Izuku drinking his lemonade at the cafe.

Only to suddenly hear two chairs being moved and two tight grips on each of his shoulder and he freezes and panic appears on his face as both Natsuo and Touya sit next to him and go:

bakugo said the only todoroki he respects is fuyumi

I present to you Giyū Todoroki!

Never stop being overly literal, Shoto. It’s hilarious and I love it.

#mha, #bnha, #todoroki, #bnha cosplay, #mha todoroki, #shoto todoroki, #cosplay, #went out as todoroki again today, #it was nice, #i didnt actually go out tho, #i stayed at home
2 notes · See All
procrastinations-finestText

Some random burst of inspiration I had to make an evil Todoroki! Boy, I must really want the Todorokis to suffer more… but they’re so easy to edit and stuff 😭