I wish we had a modern Spider-Ham comic that just all took place on Earth 8311. Why he always gotta dimension-hop? I love this dimension.

So I drew a thing. 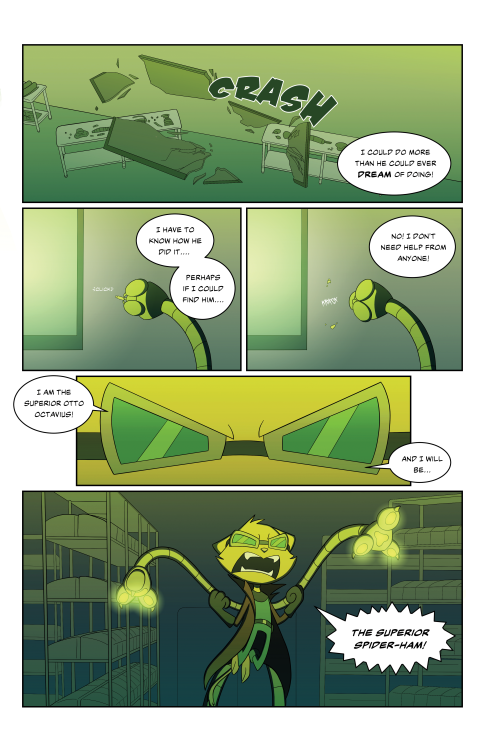 + @symbioteburnout​ asked:  (For Mayday) Andi stands in the kitchen of her apartment wearing nothing but an apron, with a large soup pot on the burner and the place being filled with the scent of melting chocolate. “Two choices May… we can either get a crap-ton of bananas and dip ‘em in this, or… I can pour this on myself and have you lick it off~”

+ Mayday’s eyes widened as she entered the kitchen, her legs freezing in place as she instantly felt warmth explode in her cheeks. This was how she died, by melting at the sight into a pool of mush at the sight of her girlfriend. All things considered ? She was entirely fine with this. More than fine, as a matter of fact.

#symbioteburnout, #( you broke Mayday - Andi ), #verse: the daughter of the original spider-man ( spider-girl canon ), #muse: mayday parker, #relationship: mayday parker x andi benton
1 notes · See All
adjectiveasfText
#spider man into the spider verse, #spiderman into the spiderverse, #into the spiderverse, #itsv, #miles morales, #miles morales stan first and human second, #son boy, #idk i just had to get this out of my head, #my art, #its heavily inspired by another art piece that i will credit when i find it, #im on mobile im sorryyy
2 notes · See All
damnitfiliPhoto 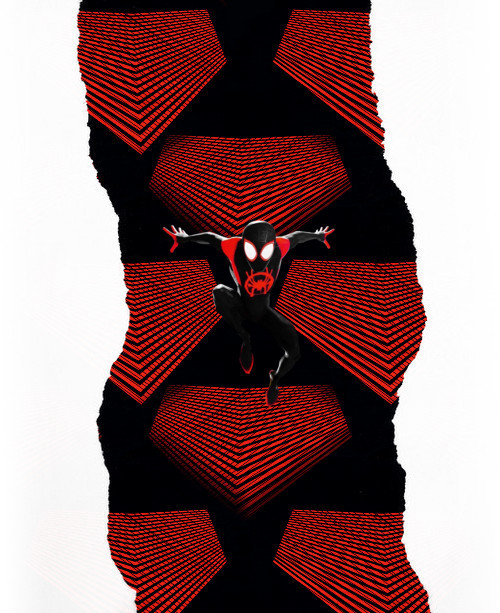 so I had an idea (which is never a good thing). I’ve been playing a lot of Super Smash Bros. Ultimate recently. Since I love crossovers, I thought it would be fun if I drew a crossover comic with characters from my favorite franchises. I put in the names of characters from each franchise (separately) into a name wheel thing. The categories were Video Game, Anime, Cartoon Show, and Movie. Here were the results:

4. Miles Morales from Spider-Man: Into the Spider-Verse (Movie)

I’m really hoping that I’ll be able to find the time to make a full comic series. These characters are so different from each other but it’s going to be a lot of fun writing the interactions and sheninigans they could get into.

i stg i BLINKED

i was tagged by @austin-mahones to do the before/after edit thing. [ if i hadn’t actually been tagged by someone i probably would have done it anyway bc i think it’s a fun thing to see. 12/10 went for things i could do my standard overblown blues + reds bcs that’s truly my aesthetic. ]

i’ve seen so many of my mutuals do this and i haven’t been keeping track ngl, but if you haven’t done this yet and you want to then i’m tagging you. hell if you’ve already done it and want to do it again i say go for it.

+ Dancing isn’t something that Mayday had ever considered herself a master of. In some experiences, it had almost seemed like she’d been born with two left feet, a contrast entirely to the way she moved in her costume. As graceful as swinging throughout the city might have seemed, it was clear that those skills had hardly transferred over.

“ I promise I’m not this bad at this… “ Mayday mumbled, taking every movement as though she were mulling over every second of it. Hand still resting behind Andi’s back, she bit down on her lip, nerves painfully apparent in her expression “ …or maybe I am. “

Sorry that this took so long but thanks for the ask!

Favorite thing: I absolutely love how he’s a detective but also a superhero! A Spider-Man nonetheless!

Least Favorite: There ain’t really anything I dislike about him other than how he isn’t used a whole bunch in the comics, movies or shows until recently

Favorite Line: “I like to punch Nazis, a lot.”

BrOTP: Noir and Peni. I love the idea that Peni looks up to Noir and sees him as either a brother or father figure

nOTP: Any of the spider kids or villains

Random Headcanon: I absolutely love the headcanon that Noir has fangs, claws or something spider related to show that he isn’t completely human

Unpopular Opinion: Honestly I wish that Marvel didn’t make him another white Spider-Man and make him someone of a different ethnicity. Recently my friend and I were talking about it and we could only name about 6-7 Spider-people who are of different ethnicities. Plus it would be interesting to see how they would handle his story differently.

Favorite Pic: There are so many good pictures of him from both Spiderverse and the comics but I have to go with the comic cover that is currently my header

Kate W: I know you snuck out last night, Charlie.

Charlie N, internally: Not that dumb!

“the only cinematic parallels i care about is Mean Girls & Spider-Man: Into the Spider-Verse.”

I feel like she’s either a gryffindor or a hufflepuff, bc even tho she’s smart she’s way too impulsive to be a ravenclaw and idk I don’t see her as a slytherin but maybe?