Sure enough, Happy gets hurt, exactly like Pepper said he would… and when Tony comes to pay a visit Pepper gives him a piece of her mind, telling him to get out of their lives, and he does. 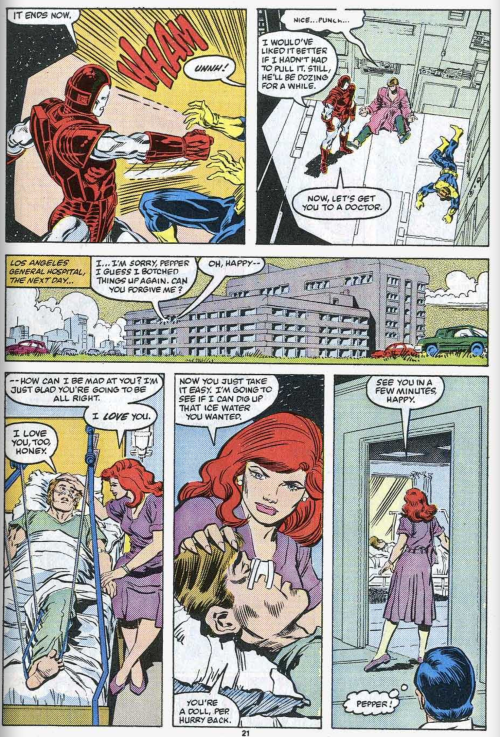 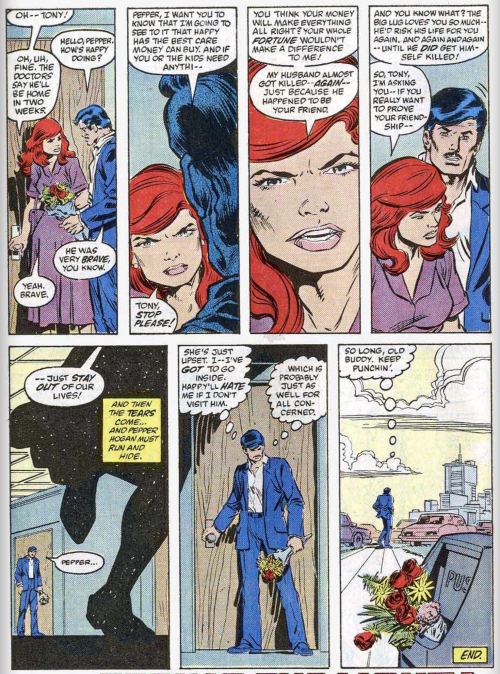 This is going to blow your socks off, but this is a Happy Hogan based story that doesn’t end up with him turning into the Freak which is amazing because that seems to be what happens when we see this guy as a main part of the story. 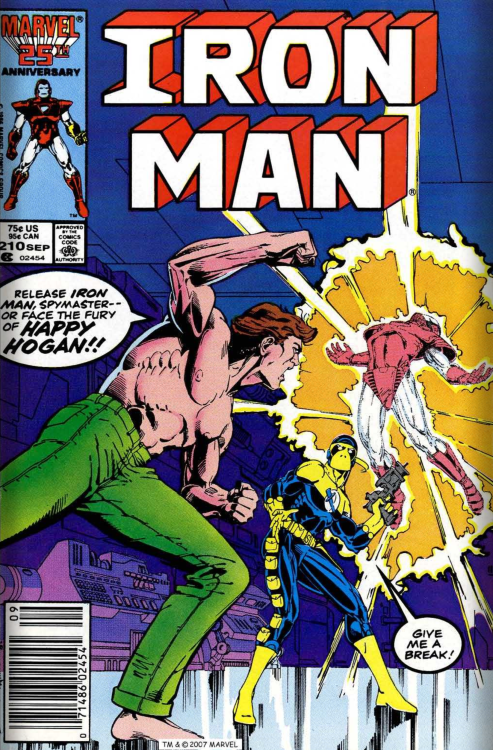 Been trying to get good at digital art, so please accept this Sacha Dhawan Master 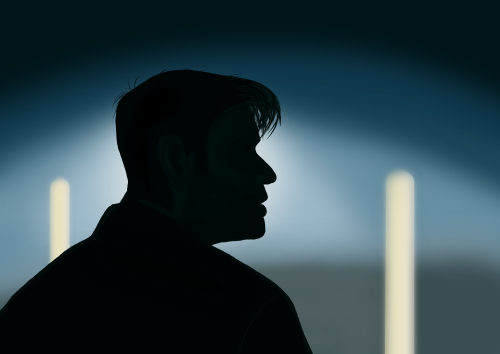 starting from inside ep.2 of spyfall, trying to get into the master’s head, then later the doctor’s…

but you know me, i can’t help myself. have to stick my oar in.

so maybe i … raise their ambitions a little…

The best thing about Doctor Who at the moment is these two… Can I just call them Mirsteen from now on? Yeah, I’m just gonna go ahead!

You’re not the only one who can do classic. 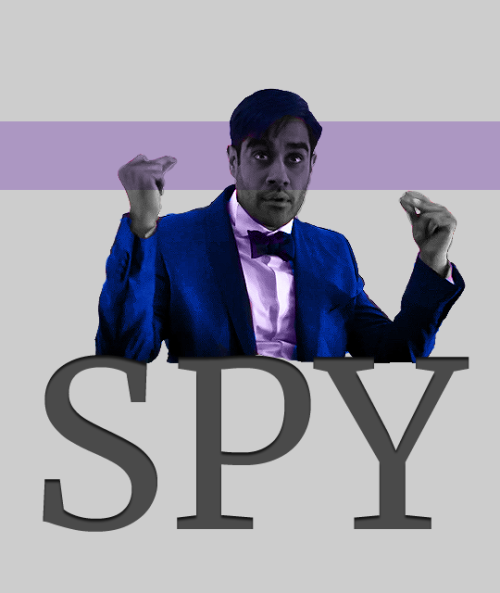 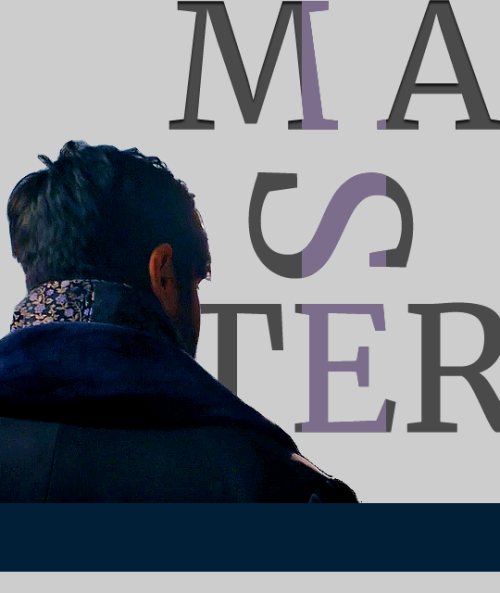 Since the release of Spyfall part 2 and the many answered an unanswered questions, I have come up with a theory of the Master and where the new Master is in the regeneration cycle (I talked about it briefly in my previous post on the subject but I was a little bit off with my theory - the 1234 sound was only used in the episode to convey a message, it wasn’t the Master’s infernal drumming).

In this episode we learn that the Master found out something about Gallifrey, the Timelords and was so disturbed by it that he destroyed it all. Everyone is dead and it looks like they are the only two left…again.

Gives ya weird Sound of Drums vibes don’t it?

I’m placing this master between John Simm’s Master and Michelle Gomez’ Missy. The reason I’m doing this is that he doesn’t seem to have the drums which neither of them seem to have in The Doctor Falls.

Missy was crying in previous episodes (full blown crying for no apparent reason). I thought this was due to fact that she was remembering all the innocent lives she had taken or her trying to remember the event she can’t place because it was wiped from her mind (the meeting between her and her younger self and the events that transpired).

What if she was crying because of what she did to Gallifrey, how she couldn’t tell the Doctor because it would damaged the relationship she had always wanted. She said she didn’t know why she was crying and that after he left the room she looked very worried, showing mixed emotions on whether to tell him or not.

Like River Song The Doctor and The Master in this series are meeting out of order, which makes sense since this new Master doesn’t mention the fact that he was left to die, that he killed himself, twice and doesn’t seem to have a lovey dovey complex for the Doctor (Missy had changed, she was different, better and she stood up to her younger self, this master is still a prick, he’s pretty emotional but he’s not at the same stage as Series 10 Missy).

Which makes me come to the second part of this theory. In the Doctor Falls The Master (Simm) turns up out of the blue to make sure that Missy’s past or rather his future is in safe hands:

But this is where things get interesting. Before The Master meets up with his future self and portrays himself as Mr Razor, he was on Gallifrey. At the end of the End of Time Part 2 he is whisked back to Gallifrey with the rest of the timelords one of which being Rassilon who promptly regenerated due to The Master being a badass.

Evidence from The Doctor Falls shows that the Timelords fixed the Master up so he was no longer burning up his life force. But what if the Timelords or even Rassilon himself gave him a task to kill the Doctor as a sort or redemption GUILT trip. You kill them and we won’t enslave you, or kill you, we will let you go anywhere to conquer and pillage and be a general dick to the universe…Just like the old days aka Delagado reference.

So the Master goes to find Missy and when she tells him that she’s changed and that she is willing to stand up and fight with the Doctor after she stabbed him, he becomes enraged and shoots her with his Laser Screwdriver and so “ends” her life. But what if this was also planned. Plan A kill the Doctor. If Plan A fails - Plan B is to terminate The Master’s existence, so that they never become stronger with the Doctor at their side.

Or what if they knew that Gallifrey was going be destroyed by the Master and tried to stop it somehow.

There are a few theories knocking about that say that The Master was being controlled by the Timelords and I think they’re true. Who knows they were probably whispering things in his head or watching through his eyes of the events that unfolded, because even though he said he wasn’t listening to the Doctor’s speech his eyes were telling a different story.

Throughout the Doctor Falls Simm Master complains and moans about the fact that their next body will be female, but what if it’s not and it’s the S12 Master. S12 Master doesn’t mention how he changed back to a male body after a female one. He can’t remember the conversation with his future self because his mind has been wiped of the encounter.

So if Michelle does pop back in to Doctor Who it might be for the S12 Master’s regeneration scene, that or if Thirteen goes back and finds her, making sure she doesn’t actually die.

Did I also mention some of the things Missy says in her past episodes sound awfully familiar to things in the Spyfall story:

Missy: He keeps trying to kill me. Sort of our texting. Been at it for ages.

“Missy”/The Master: You will, because you don’t have a choice. There’s only one way you can stop these clouds from opening up and killing all your little pets down here. Conquer the universe, Mr. President. Show a bad girl how it’s done. [kneels before the Doctor.]
The Doctor: [removing the bracelet] Why are you doing this?
“Missy”/The Master: I need you to know we’re not so different. [gentler] I need my friend back. Every battle, every war, every invasion, from now on, you decide the outcome. What’s the matter, Mr. President? Don’t you trust yourself?

I feel like this shows Missy talking to her Doctor because of what happened on Gallifrey and the lies she uncovered. Maybe she doesn’t know that she’s meeting the Doctor out of sequence.

I love how the Doctor thought that she’d caught the Master bluffing when he told her that Gallifrey had been destroyed.

Like, maybe he would have fooled her a few regenerations ago, but nah mate G’frey’s fine, I checked. It obvs goes down the drain, but the moment is lingering for me.

He was my oldest friend.

and cracks under chaos.

the thrum of blood and the beat

underneath his skin drives him -

does not yet dissuade him.

Call me by my name.

the earth is protected.

so he goes after its defence -

she looks him in the eyes

and she falls down to her knees.

and he can see it.

the reflection of fires;

the hints of war in her rage.

the desperation, shining within the depths…

and the love she has for them.

humans, he thinks. so utterly worthless.

Kneel. Kneel, or everyone here will die.

he twists it. uses it.

brings back memories of fires and chaos

of the sound of drums in his ear

and he savours it, senses it

in the sweet smell of death.

he looks back at her.

she is cold, now. dull. empty.

but there is a spark of rage in her eyes

- one he knows he can coax into a flame.

and that, he thinks-

that is better than any other drug

the universe can offer him.

Everything we know is a lie.

that makes it all worth it.

I was going say Indian/paki master  as nazi is odd 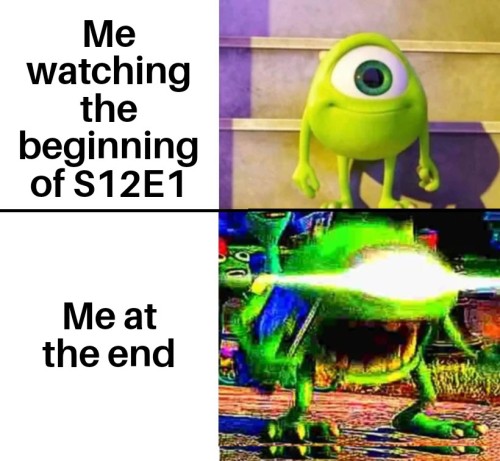 Oh, are we going to call him “Spymaster”?

I love the idea of Dhawan!Master being AU Eleven’s Master so much. It just writes itself. A Master whose Doctor dies of goddamn old age before he can kill him. A Master who loses his Doctor because he goes to another universe to replace him, and therefore was never there to give him the regenerations that would have let him continue existing - the cause of his own failure as always. A Master who believes there’s only one reality - his - and everything beyond it is false, and the Doctor needs to understand that, stop playing silly buggers, come home, and also stand there and let him kill her. Except don’t. Because then he’d have to find another one. And god knows how many times he’s had to do that before…

#doctor who, #doctor who spoilers, #spyfall, #eleven, #dhawan!master, #spymaster, #i know that probably won’t be the story, #but look at it, #it’s so beautiful and /easy/, #we’re going to have to do it anyway, #after a fashion, #far too good an idea to fade just cus of canon
56 notes · See All
timetraveller29Text

Now, I know that’s a bit harsh. This was a good episode, even before that point that everyone can’t stop talking about.

There was a decent cold start. There are alien attacks which excite intrigue, there are great opening shots for the companions, giving them each the proper space which we’ve yearned for them to have. And then there’s the Doctor.

All right, I’ll admit, I expected more from the Doctor. She was funny, sure, but still can’t see the depth this series was promising. She’s closed as ever, existing to make quips and quotes. She doesn’t really DO much.

But then the adorable fan boy called O turns up and wow… He’s off the beat from the get go. We can sense that he’s a bit more than he lets on, and we learn that he met the Doctor once before.

Thattt is the best part. Because when he’s revealed as the Master it all comes together. And the Doctor is in SHOCK because she texted this guy! She was on first name basis! SHE BROUGHT HIM IN THE CASE IN THE FIRST PLACE! How dumb.

And that is the triumph of the Master in this episode. I can’t wait to see more of him, and tbh I’ve been rooting for him since he was revealed. I was cheering him on! I wanted the Master to win, because the Doctor is going to be forced to step up her game now!

In a word: brilliant!

Do you think the Master gets a hard on whenever he hears himself saying his own name.

At the end of Spyfall when O reveals himself to be the Spymaster he does a weird intake of breath like him saying his title out loud has an orgasmic effect  on him.

Spymaster: Doctor, I did say look for the Spymaster. Or should I say spy…Master?

*does strange intake of breath noise*

Just imagine Thirteen advancing on SpyMaster, with murderous intent, and him backing up and manically giggling,

“Ah, ah, ah! Every step you take, I’ll tell your friends another fact about you!”

“The TARDIS is stolen! By her!”

“She’s killed more people than you’ve ever met in your life!”

#doctor who, #doctor who spoilers, #spyfall, #spymaster, #no don’t let me do this again, #i don’t have the time or energy right now
577 notes · See All
Next Page