Trending Blogs
#study hall
zerot0allAnswer
Hello! I would like to request an university au with Xiaojun from wayv please . Friends to lovers with smut where they can’t take it anymore and just have to bang Ahahah Thank you so much!

I got you babe 💕 hopefully you like it ! POSTED

EDIT- I just noticed I messed up and made it an enemy to lovers 🤦🏼‍♀️ I apologize.

Can we just talk about Study Hall for a moment?

Jonathan saw Molly at his most vulnerable, probably less than an hour after the initial assault. She went right to his office (house perhaps?) after Bromley raped her. He didn’t just rape her though, he attacked her, and he may have groomed her. Bromley did all of this because he wanted to have control.

There was only one person she could go to afterwards, the one person who had seen her at her worst, her professor and counselor, Jonathan Crane. He was mortified to hear the words come from her lips. He couldn’t believe such a sweet girl was hurt in such a barbaric way.

This shows us that Jonathan Crane, the Scarecrow has boundaries even he won’t cross. Rape is a terrible act, and even a ex-criminal like himself was absolutely disgusted. I think this says A LOT about his character.

There’s still good in him. He found a reason to care, a student who brought out the best in him and at that moment he vowed to protect her and seek vengeance on her behalf. 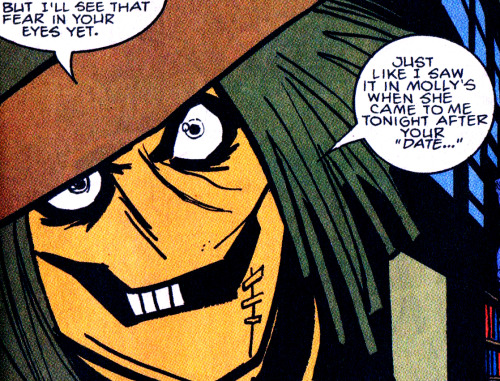 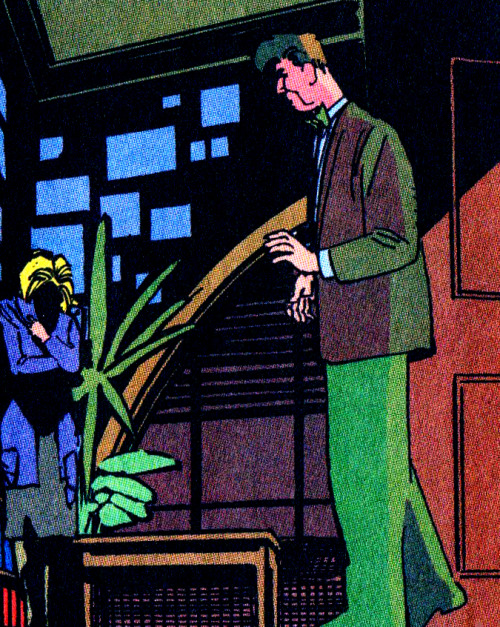 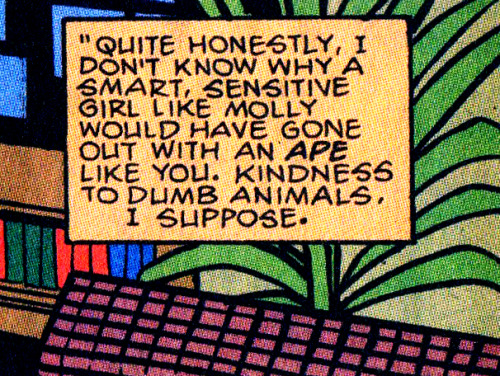 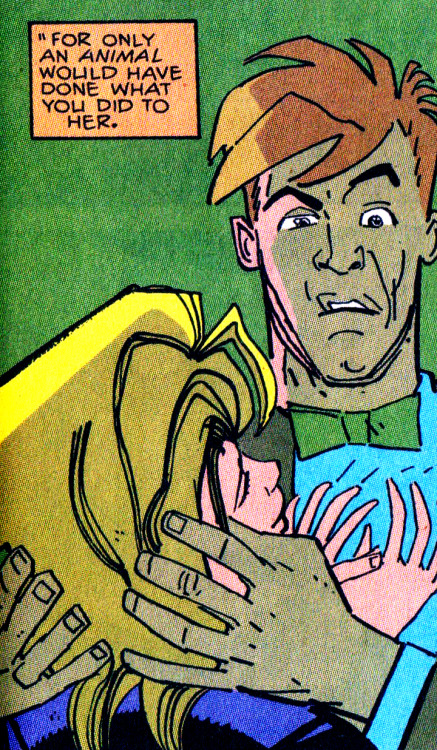 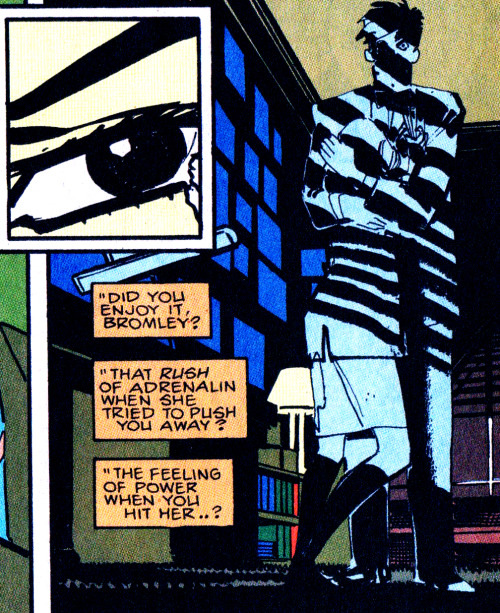 my teacher is on my back because I don’t do shit in his class. I do my shit at home man, when I’m in study hall I wanna chill with my mates who I see two days a week

Me: Im going to nap during my study halls

Also me: *starts writing a new fanfic about Arthur fleck*

#arthur fleck, #arthur fleck fanfic, #study hall, #sleep is for the weak
48 notes · See All
jonathan-cranes-mistress-of-fearAnswer
what comic was it that scarecrow attacked a rapist of one of his students

#jeremus needs help, #jeremy you baby, #please im begging you, #help me, #study hall, #why would someone airdrop me the things they do
5 notes · See All
that-gay-pomegranateText

omfg i wanna do this math homework but no i dont

#eva speaks, #study hall, #imma fuxking implode on me self, #i dont wanna deal with this, #like ahauhdndndkd, #:-;
0 notes · See All
jonathan-cranes-mistress-of-fearText

Released in 1994, the Batman Adventures Annual delved even deeper into the lives of the various rogues of Gotham. One of those stories focuses on the Scarecrow, and it is arguably his most popular tale.

The initial setting is a university classroom. Jonathan–or should I say, Scarecrow is teaching a “special” make-up session. A student–Mr Bromley–is tied up and gagged in the corner. We’ll soon learn why.  In typical monologue fashion, Scarecrow begins to talk about fear and what it means for the human brain. As he’s explaining his methods, he’s also dabbling with some dangerous chemicals. (and thanks to context clues, we know that because of the little skulls inscribed on the bottles. A nice touch if you ask me, if a bit silly) His first experiment proves to be a failure, the vision of rats brought on my the toxin does little the phase Mr. Bromley.

(Interesting to note: this is one of the few comics which showcase fear toxin this way. Normally, Jonathan does not know what his victims are seeing, but here has a chemical compounds that bring forth specific fears)

As Scarecrow gleams over his chemicals as the story shifts into a flashback. Here we see Jonathan Crane locked up in Arkham Asylum. Jonathan is narrating now, and he seems quite forlorn. Someday he’ll be too old to dance with the Dark Knight, what will happen to him them? What has his life lead up to? Was being a villain worth it? These are the questions he asks himself. That’s when he contemplates being a teacher again.

“I had been a teacher once, and often toyed with the idea of returning to the peaceful life of a quiet academician”

Crane sets out to make that dream a reality. He escapes the asylum and with a little clever ingenuity, he forges some documents and changes his name to Irving Diedrich. With these credentials it doesn’t take long for him to get a job as an English professor at a local upstate college.

And as easy as pie, Jonathan was back to teaching. He was enjoying his reprieve from villainy when a special student changed his life. Her name was Molly Randall, Now most of his students were the typical brain dead quarterbacks and preening co-eds, but not Molly. She was different. Molly was the kind of student a teacher comes across once in a lifetime. She was kind and thoughtful, charming and inquisitive, all traits a teacher would adore.

In addition to being her English professor, Crane was also Molly’s counselor. (this means he must’ve been a guidance counselor in addition to being a teacher, I like that the writers included this.) The two of them bonded over their passion for knowledge and they spent many a hours talking and discussing all things creative. These were the same thoughts Crane had long sense banished from his mind, but now he feels invigorated and refreshed, all thanks to one inspiring student.

The comic shifts back to the present as Scarecrow continues to brag about Molly’s accomplishments knowing full well that Bromley didn’t even begin to understand the real Molly. This is where the story starts to get dark.

“To you she was just another pretty face, another evenings amusement”

Thanks to this quote, we know that Bromley has done something deserving of all this punishment. Unfortunately, not even spiders scare the stone cold sportsmen. We’re transitioned into another flashback and Crane is narrating once again. This time we see Molly in Crane’s office, clearly distressed.

Words are exchanged between them, but we as the readers can only infer about what was said. However, we have the narration to clue is in.

That one sentence is more then enough. We now know that Molly was in an absolve relationship, something happened and she came to the only man she could trust in that moment. Jonathan Crane. Its important to note that we’re never told exactly what happens. We’re given pretty deliberate hints though. He hit her, she pushed in away. He took advantage of her, Bromley hurt Molly.

Many people would read this is sexual assault, and at the very least it was physical and perhaps even emotional abuse. No matter whits direction you go in, you know Molly is a victim of a monster.

Back in the present, Scarecrow is continuing his experiments on Mr. Bromley Finally, he stumbles upon a positive reaction, this time it’s leeches and Mr. Bromley seems thoroughly terrified of the bloodsucking creatures.

“You’re scared Mr Bromley, just like Molly was when she came crying to me!”

Scarecrow continues to brutalize the young man, and we see a brief glimpse at Bromley’s capture through a two panel flashback. The boy is on the floor, presumable passed out from the horrifying experience when Scarecrow pulls out a huge scythe.  His student has passed his “exams” and now it’s time for graduation.

Just as he’s about to swing the scythe and end the boy’s life, a voice rings out from the shadows. It’s Batman of course, unfortunately he has to show up. (why must he ruin this? I’m on Scarecrow’s side her, he deserves to be offed!) The Dark Knight had been watching Crane for weeks, only to be surprised that he just simply wanted to teach again. Ah, but things are more complicated than that, aren’t they?  The fight is short and Jonathan, suffice to say, was not the victor. The comic ends with Batman narrating.

“I suppose Crane was trying to help Molly the only ways he knew how,, with fear, intimidation and force,  All and all, not that much different from Bromley’s methods. Except Crane always had to decency to wear his mask on the outside”

This story not only gave us a sympathetic Scarecrow, it gave us a villain acting like a hero. Even though he went about it the wrong way, in most eyes people would say his actions were justified. He saved Molly from a monster, even if he acted like the same monster in the process.

This is why Scarecrow is a great villain, often underrated and under appreciated by the fans, he has shown is here that there are lines even the Scarecrow won’t cross. Abuse is abuse, and coming from a man who grew up in an abusive household in some canons, his actions make a lot of sense.

Scarecrow is a monster, there’s no denying that, but at least he stands his ground when comforted with a beast like Bromley. This story shows us that Jonathan Crane, under all that thick burlap skin, still has a heart. He was willing to give up his only chance at teaching to save a student who needed his help.

That is something extraordinary. Not every villain would do what he did.

Starting my 3 month intensive independent study for an accreditation. 4 topics. 2 weeks each for 2, 3 weeks for another, and a solid month for my weakest topic.