cleaned my room, bought a lot of art stuff at a new store here, started the february page in my journal, wrote down some quotes, planned out what i have to study for and my friends visited me and we had a nice evening!

I started the book Shadow Magick Compendium by Raven Digitalis today and completed the first exercise of identifying behaviors of the shadow, hopefully I’ll have finished this one a week from now (at least my first read through before starting my highlighting) I’ll post my thoughts and some of my notes on the book when I’m done as always but, I wanted to ask if anyone has read this one before and what are your thoughts on it ?

Thank you everyone that replied to my post looking for new studyblrs. There’s a lot to look through and many exciting posts to check out⭐

Last night I finished my first read on The Witches’ Book of the Dead and today I’m about 5.5 chapters into my second read of the book along with highlighting parts I want to add to my personal Grimoire, I’m going to set the deadline for this second read through for around the 30th where I’ll start my third and hopefully final read before I take physical notes into my Grimoire and then passing along the book

mini study spell at my desk while i cram for finals! teakwood incense for cleansing/clarity/putting me in a good headspace, Strength tarot card for motivation/confidence/triumph, and rose quartz for anxiety relief/healing vibes. 💕

I like to light a yellow candle when I’m studying it helps my concentration and focus. This is a little way of applying witchcraft with studying for those college witches out there. Sometimes it’s hard maintain your practice especially because a lot of unis are in cities but little things like lighting a corresponding coloured candle to whatever you’re doing is something nice and easy <3

These are both for my criminal law class! I’ve been having a bit of a hard time because the teachers quizzes are Nothing like the notes. But I’ll live.

I take all of my notes at that time. I know a lot of studyblr accounts take messy notes in class and then go home and retake them all. I don’t do that, all my notes are the ones taken in class during the lesson. I think it makes it more realistic, when I mess up or when it’s obvious I’m rushing. These notes aren’t an example of that, though. I’m pretty proud of them!

Hey everyone! I’m looking for a witchy discord to join. I keep falling out of practice and am looking to get back in. Part of it is a busy life, part of it is varying levels of motivation. I’m thinking maybe I just need some witch friends for a switch kick in the pants.

Here’s a sigil you could use when you need to focus (for studying, casting, whatever). Personally I carved it in a candle so when I need a little help for concentrate, I light it and the chemical combustion between wax and fire active the sigil.

May your day be peaceful and creative ~

Feel free to use but don’t remove my caption please. 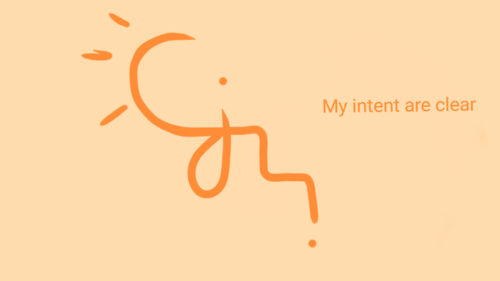 Vacations: I’ll say lies If I say “I don’t have time” because of course I do have the time. But I have to procrastinate.

Privacy: Let’s say that I always am with my sisters or my parents. My father do his rituals on his way too and I like to be around that, but MY magic doesn’t flow the same way when people is around me. Also, my house is very small.

Internet: Ah, Venezuela and its inconvenients. My modem is fucked so I have to steal internet on another computer. And sometimes doesn’t work. And I’m not a extremately spontaneous person so I like to keep my ideas on my PC or Pinterest, Tumblr, Google+, etc.

Inspiration: This is a trivial thing but sometimes I don’t feel the mood of magic.

Equipment: Important. On the list of basic things, I’m missing cauldron, mortar, oils, non-approachable-in-Venezuela herbs and other things. And this economy doesn’t help me. Shit.

Plants: I love those little brats I call daughters, but they’re growing slow so I give them time.

Knowledge: Tumblr give me all I need to know, but I haven’t decided what kind of witch I’m gonna be and wich way to turn my intentions. I’m growing slow as my plants.

Well I think that’s all, when I get those, hella sure I’m gonna start being a witch.

#Study witch, #Gimme time and thyme, #Witch, #witchcrafts, #No one is ever gonna read this, #Vacations, #privacy please
2 notes · See All
bwitchysPhoto

GRE studying is well under way!! Here’s a lil mint tin magic for my flash cards.

The top is ‘painted’ with a silver sharpie, which worked a heck of a lot better than i expected. That’s just one coat of it. If the tin label isn’t textured, i’d recommend doing that to cover anything.

The sigil is the one I’ve been using to ‘lock in’ my understanding of concepts and equations.

Inside is a keyblade pendant to ‘unlock’ academia with a good test score. The quartz is for clarity. The tiger’s eye pebbles are for calm, and the garnet felt right for whatever reason.

The box itself held ginger mints and still kinda smells like ginger, so I imagine that will have some effect as well. Energizing, maybe. 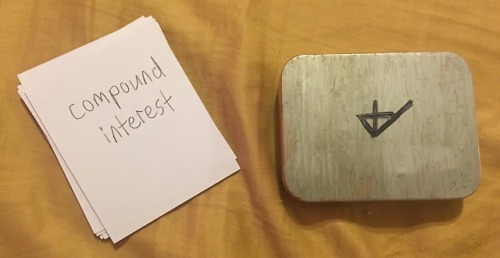 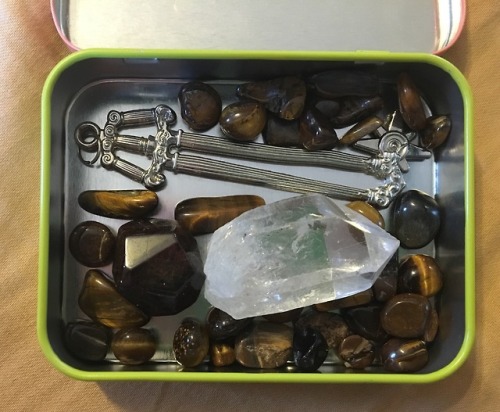 Emoji spell for getting a good school timetable that is balanced and works well for you!! Good luck honeys 💕✨

#emoji spells, #tech witch, #study witch, #witchcraft, #magick, #likes charge and reblogs cast ☺️☺️, #i need as much luck as i can get for this!!, #witch, #modern witch, #school witch
80 notes · See All
plantsandwitchcraftText

Building a record of topics to discus. What do you want to read about??

Waking up and not knowing where your phone is

#the case study of vanitas, #vanitas no carte, #memoir of vanitas, #by jun mochizuki, #jeanne the hellfire witch
16 notes · See All
pandoraheartsposterText

Praying for forgiveness after reading a hot fan fic

#the case study of vanitas, #vanitas no carte, #memoir of vanitas, #by jun mochizuki, #jeanne the hellfire witch
21 notes · See All
madartistxiiiText

Vanitas and Jeanne from the case study of vanitas

#the case study of vanitas, #vanitas no carte, #memoir of vanitas, #by jun mochizuki, #vanitas, #jeanne the hellfire witch
7 notes · See All
pandoraheartsposterText

#the case study of vanitas, #vanitas no carte, #memoir of vanitas, #by jun mochizuki, #jeanne the hellfire witch
15 notes · See All
sufi-hearthText

I have a feeling this week is going to be a dud in terms of getting to work and classes. I’m ill and also super tired.

Might give me a chance to catch up on some anthropology reading and sort out the hellspace my kitchen has become!

(also resting, must remember to actually rest, maybe do a tarot reading to figure out *how* to make the most of resting, fill in a page of my grimoire or something low pressure).

Here is my resting companion, his name is Achilles: