#was her hair pinned at sundance, #or not, #that is the question, #nme awards, #taylor swift
4 notes · See All
officialtayaustraliaText

THIS ARRIVED TODAY AND HOLDING IT IN MY HANDS MADE THIS INTERVIEW EVEN MORE SPECIAL! IT’S LIKE THE WORDS JUMPED OUT AT ME AND SO THANK YOU CHRIS WILLMAN FOR SUCH A RESPECTFUL, HONEST & MOVING PIECE OF WORK! ❤️ @taylorswift @taylornation

Taylor Swift at Sundance Film Festival 2020 : Sundance is extremely cold in January so with that in mind, this Carmen March plaid ensemble that she paired with matching shoes and red lips looks like quite a high fashion winter style. Having said that, it is very clear that this fabric is stopping short of overwhelming her because of how heavy it is. Maybe the stylist could have left out one or two small parts just to balance things out. 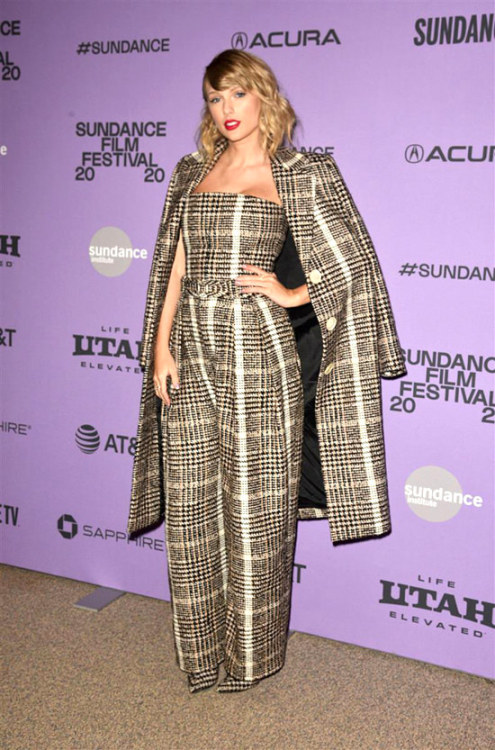 the power they have! can you say legendary duo!! QUEENS OF STORYTELLING. 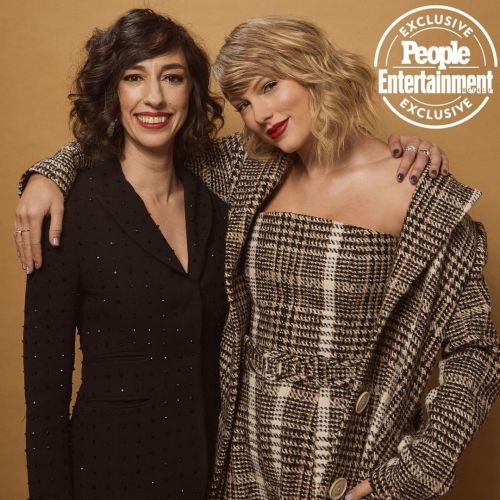 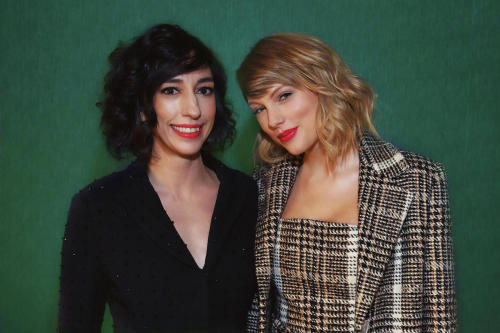 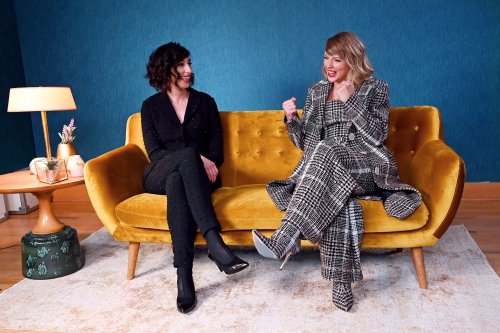 I havent been on tumblr in literally 8 years but I had to jump on to say to @taylorswift @taylornation has always captured my heart. From painting 13’s on the back of my hands for my first ever concert (Fearless tour!) To owning her entire discography now (and hell yeah I’m gonna change it up when she remasters, girl gotta own her own music!!), I’ve never loved and supported an artist more. Keep forging this path because it’s the right one. It’s only the loud minority that are the haters. Also yall I literally dont remember how to tag people I thought you just @’d them 😅

I’ve been dog sitting today and he’s just been sitting in my lap watching Miss Americana with me, comepltetly mesmerized by Taylor…. me too buddy💕 @taylorswift @taylornation

Cover: Kobe Bryant – The shocking death of a sports legend along with 13-year-old daughter Gianna “Gigi”

Page 12: Tyler the Creator, John Legend and Smokey Robinson, Cardi B and Offset, Nick and Joe and Kevin Jonas

Page 14: StarTracks – Emma Thompson and Robert Downey Jr. at the London premiere of Dolittle, Olivia Newton-John and Michelle Pfeiffer at a G’Day Usa event in support of the Australian bushfire relief efforts

Page 15: Drew Barrymore and Minnie Mouse at Disney World, Patrick Dempsey at the 80th Hahnenkamm races in Austria, James Marsden and girlfriend Edei and his kids Mary and William Luca at the Sonic the Hedgehog premiere

Page 24: Blake Lively – Family is my everything

Page 27: Channing Tatum and Jessie J back on and going public after split, Catherine and Sean Lowe juggling 3 kids under 4

Page 33: Stories to Make You Smile – a kindergartner makes tiny clay koalas to raise money to help real ones – https://www.instagram.com/littleclaykoalas/

Page 50: Diane Keaton became a movie star and her brother’s life was stunted by mental illness and in her new memoir Diane tells the story of her beloved brother Randy

Page 54: The Bella twins Nikki and Brie are both expecting

Page 60: How Schitt’s Creek – a little feel-good TV show – became a global sensation and turned its cast into the toast of Tinseltown

Page 64: A Jehovah’s Witness cover up – survivors of sexual abuse inside the religious group speak out in a new documentary part of an investigation they hope will bring offenders to justice

Page 67: James Taylor opens up about how he overcame personal pain to find his peace through his songs

Page 70: The deadly coronavirus – what you need to know

watched Miss Americana last night and let me just say it succeeded all my expectations. I know Taylor doesn’t live a normal life, but regardless I feel so blessed to have her as someone to look up to. Her bravery, confidence, honesty and kind heart are so inspiring and I’m just really frickin proud of her and how far she has come. I hope this project allows other people outside the fan base to really see the girl that we know and love 💜💜

#miss americana, #and the heartbreak prince, #only the young, #netflix, #sundance, #taylor swift, #we never go out of style, #lover
2 notes · See All
gawneswiftieText

“I don’t care as much if like- somebody points out that I have gained weight. It’s just something that makes my life better, the fact that I’m, you know.. I’m a size 6 instead of a size double zero. I mean, that— that wasn’t…how my body was supposed to be. I just didn’t really understand that at the time. I really don’t think I knew it.

If you’re thin enough, then you don’t have that [butt] that everybody wants. But if you have enough weight on you to have a [butt], then your stomach isn’t flat enough. It’s all just impossible.”

I’m sitting here on my couch in tears because this is the exact thing I’m currently dealing with. I have been hating myself for the past year because I have “become too fat.” Needing to buy all new pants because I went from a 0-2 to a 6 in a very short amount of time really has been hard on my self-esteem. I bought a smart scale that syncs to my phone so I have constant access to the number of times I weigh myself throughout the day. All my life I’ve been told I need to eat more, that I’m skin and bones, but in the last year it stopped. Now people point out I’ve gained weight after I stopped running. It’s known I can out-eat my boyfriend. It’s been really rough and knowing that Taylor too went through something very similar…I’m trying to find peace in the situation. I’m trying to accept myself and tell myself “this makes my life better,” because somehow this helped her come to an acceptance of herself.

devinfrance_ : Devin and #taylorswift at #sundance2020 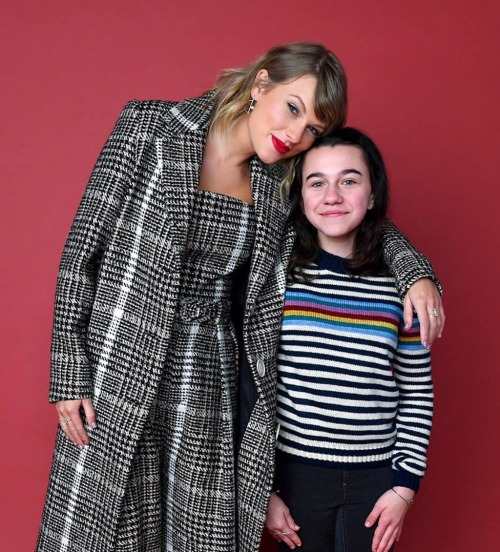 ok so i am not the biggest fan of taylor swift like i like her!!! ans her songs omg!!! its just there are bigger fans than me, more dedicated, and still i cried 4 times while watching miss americana; wondering what it was like for others because i feel clean after watching it like my anxiety is cured u know 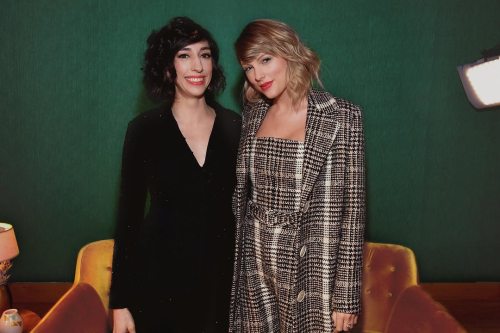 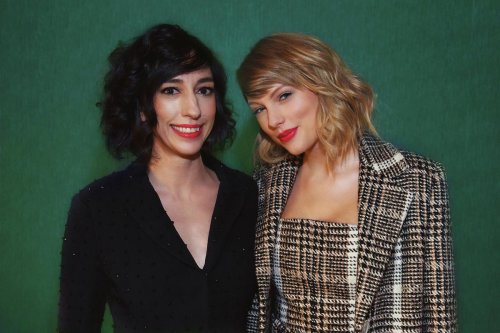