Alyx: So Gordon, how come you’ve “become more open” since we last saw each other?

Freeman, staring dead-eyed into the horizon: [Florida teaches you emotions too extreme to contain.]

#become more open in the meantime, #°quotes and nonsense°, #°gordon freeman°, #°alyx vance°, #for context: when we met up with freeman me and alyx were surprised at how communicative he was, #even if he can't talk and had to write down what he wanted to say, #but even that was an improvement you get me?, #and when we asked about it he said he's, #which we didn't address at the time
0 notes · See All
siriushpadsText

text posts inspired by conversation with my mutuals #4

#maya should know better by now, #sin said so, #also sin is my angel and i love how she's not surprised by the shit i say, #remus lupin, #james potter
30 notes · See All
missnekonyanText

I’m here just watching what the rise of peplum use in Six costumes has done to the community. It’s rather wild.

#Allana's thoughts, #I actually think the Par//r peplum looks kind of cute!, #But it is surprising to see how many outfits have them now.
0 notes · See All
just-absolutely-superText

#personal, #anti fma 03, #my friend just mentioned it and on reflex i went off about it, #sometimes i’m surprised as well how much i hate it
0 notes · See All
somelostText

I think I kind of had a date and we kind of held hands and cuddled at the end. I felt so comfortable and relaxed and just right at place, although I didn’t know what to do. I just let the moment drag longer, slipped into the mattress and enjoyed the touch.

#go me, #transgender, #ftm, #trans, #stay strong, #cuddle, #happy, #hope, #i am kind of surprised how pure it felt, #never imagened myself ever enjoying just simple touches, #i felt at home, #but its too early to say something like this, #and i am too shy, #way too shy, #still, #go meeee
0 notes · See All
hibsdontlieText 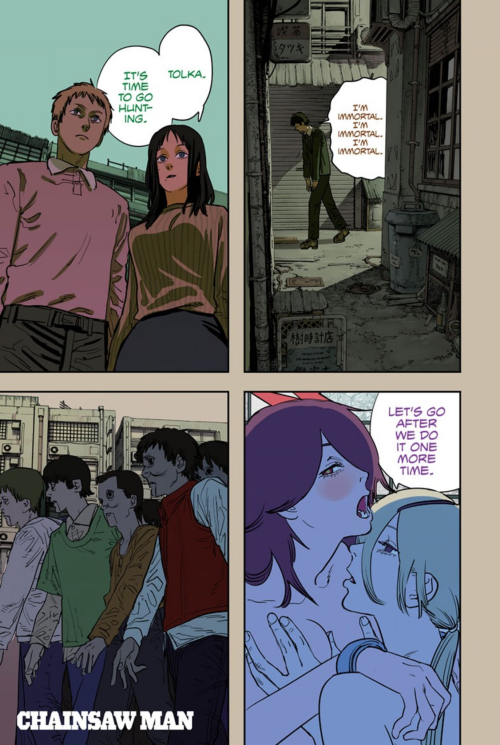 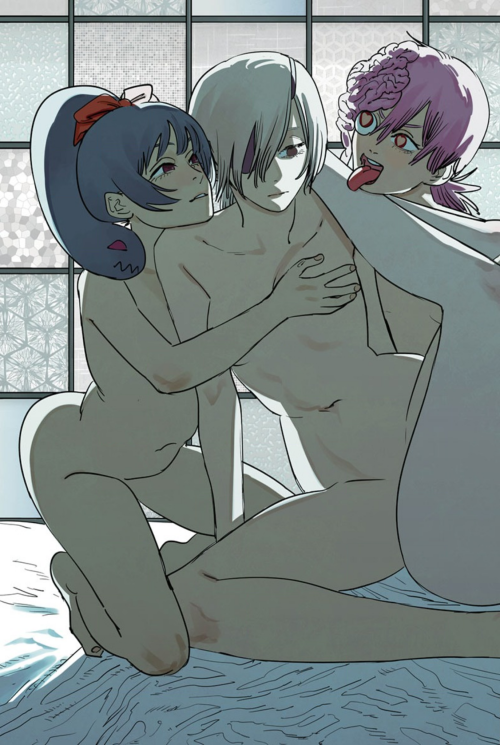 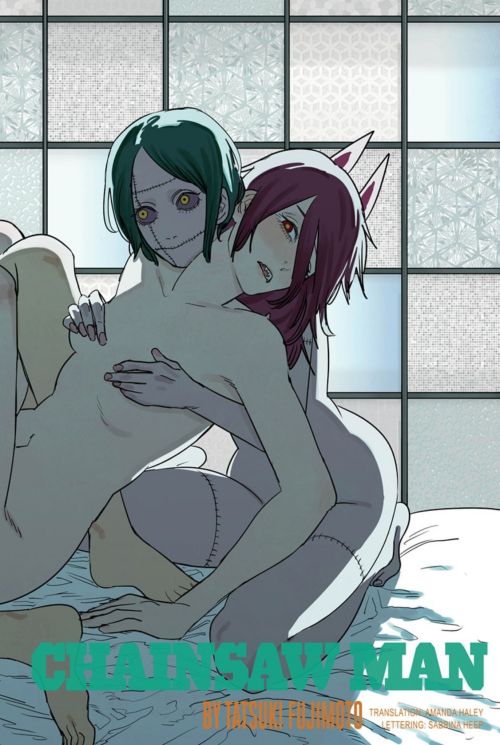 #Chainsaw Man, #Tatsuki Fujimoto, #manga, #N S F W, #( ͡° ͜ʖ ͡°), #Woah How did Fujimoto get away with this color spread in Weekly Shonen Jump? 💦, #Full color spread was too hot for Tumblr LMAO, #I mean I shouldn't be too surprised by that but still XD, #Update splitting up the full color spread actually works
35 notes · See All
forcynefinText

after such a long time, i love one of bts’ comeback… the song and the dance on point imo

#〔  ‘  norwen got that boom boom  ’  〕, #can we also mention how good taehyung jimin and jin looked wow, #i was surprised
0 notes · See All
cursedyakuzaphotosText

LIVE IN KAMUROCHO? FIND 🔥HOT🔥 SEXY SINGLES IN YOUR AREA NOW! GIRLS ARE WAITING FOR YOU!

this is all i want to share from courtney’s blog. if there is only one thing i can share, dear god, let it be this

#it's 100% the type of shit everyone did in middle school or smthn, #and it's weird how surprising it is to see courtney to do all that, #it's so incredibly human and relatable, #not to analyze courtney's 2011 psyche or anything lmao, #courtney, #thoughts
25 notes · See All
tannith-mionaholicText

#my writing, #im surprised with how much this lil fic has flowed so far, #it wasnt an idea that i expected to be actually writing anytime soon but, #hey ya cant always choose what ya motivation wants to work on, #i dont have a specific ending in mind for it so we'll see where my brain takes this, #detailing her mindset up until the final fight would be Cool but eh thats a lot to write about, #i think that this one will be short compared to the majority of my fics, #just some inner musings of a tyrant ya know? fun but not like...well my usual writing
0 notes · See All
blueberryraptorcrumbleText

A plain *CHEESE* burger still has, get this,

Otherwise it’s a goddamn hamburger, and I would have specified that if that’s what I wanted.

#raptor crumbles, #you’d be surprised how often the folks at mcds and the like screw this up, #and i *know* its mainly a training thing, #maybe a cultural thing, #but this mainly applies to fast food that have both
0 notes · See All
orangepenText

#rant in tags, #im not surprised it was this friend who told me that, #shes the nicest person i know, #its incredible how nice she is, #and she is very demonstrative, #like shes always telling people what she likes about them, #and shes one of the only people i hug, #i know that seems weird but im not a fan of physical contact so its a big thing for me, #anyway, #i love her a lot, #and she deserves the world, #textpost, #tell your friends you love them
0 notes · See All
ohvedaText

I am sure a lot of the magic comes from Neil Gaiman having written the screenplay. The plot and pacing were on point. And the jokes were so on point it hurt, both quotable lines and humorous little touches. Without a doubt, Pterry would have been proud.

Sheen and Tennant were astounding as the two leads. They were both captivating, so much so that I started to get withdrawal symptoms whenever they weren’t on screen.

That’s not to denigrate the rest of the cast though, who were all great. I’m surprised at how many big names there were in this show. It truly comes across as a labour of love that everyone wanted to be part of.

But, you know, I can’t fully review this show without addressing the elephant in the room: the ship. What a joy that was, going into this show expecting there to be chemistry (of course) but nothing too overt, and then watching their relationship blossom on the screens.

My only query is that, if they were going to be so unsubtle about it, why keep it to the subtext? Why not make it full blown text? No really. Why? Who got cold feet about it? In this day and age: the year of our Lord 2020?

Because, come on. There can’t be anyone watching who didn’t think that Aziraphale and Crowley were absolutely in love with each other. And if they didn’t have a night of passion at the end there I’ll eat my hat. Oh, accidentally sitting on your sword were you, Aziraphale? Of course you were.

In conclusion: Good Omens the TV series was rapturously enjoyable. Really excellent. And I’m now going to dive into the fandom that I’ve been studiously avoiding for bloody months.

#Good Omens, #Let's reblog some gifs!, #I'm still surprised by how good an adaptation it was, #Both the Strange and Norrell and American Gods adaptations have stung me, #Both started wonderfully and went off-piste, #Now I have faith in humanity again, #how appropriate, #spoilers, #Good Omens spoilers
11 notes · See All
scandalousadventuresPhoto

#pathologic, #artemy burakh, #category: things i make alone in my room laughing to myself, #i like how this is formatting in the post preview because its very ''scroll for a surprise'', #off topic but i love artemy's stomach pocket, #*climbs in and sits there like a baby kangaroo*
11 notes · See All
writtenlegacyPhoto

donny does his best, trying to PRETEND
what he doesn’t talk about WON’T MATTER in the end
donny made it HOME but thinks it wasn’t FAIR
how he made it out but L E F T his buddy there
donny doesn’t sleep because the NIGHTMARES come 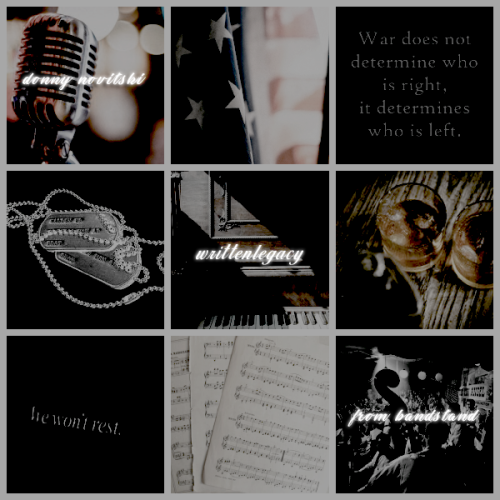 #bandstand rp, #broadway rp, #wwii rp, #historical rp, #war rp, #anyways, #uhhh when will i learn how to tag a promo? never, #no one should be surprised, #i have The Most muse for donny rn so this was bound to happen, #pls love my boi ://, #sp., #<33, #alcohol tw
5 notes · See All
hippehlonghairText

@bittertoastmarket tagged me to Stop Drop and Take a selfie! Finally got around to it lol I’m bad with tagged posts sometimes 🤣

#pebbles is so photogenic sometimes, #i took this on the fly yesterday and was surprised with how good it came out lol, #i played around with my new makeup and wanted to show it off, #purple hair, #sunny day at the park, #yesterday was fun!
47 notes · See All
mclodrmaText

#shiPkiD sHiT, #afino, #ten thought it'd be a fun idea to see just how much Afino can do, #he is very much surprised.
12 notes · See All
samingtonwilsonAnswer
The only reason I can stomach Divergent is because I'm for Eric Coulter. But boy it is hard to pass Three and four. I won't watch this movie because watching the last season of game of thrones is less painful than that. No seriously Seb is giving his best with the kiss considering she is acting like a dead fish. Seriously that's a tongue girly not a fucking jellyfish use it !

sis. theo james is such a babe. he’s the only reason i watched some of the divergent films. sebastian was like lemme make out with this dead-eyed snow white in hopes that it’ll make her come back to life.

#asks, #im so surprised im not getting hate for how brave im being sjghkjgh
9 notes · See All
Next Page