Taika Waititi becomes the newest member of the HCA

Who knew a film about Nazi’s could be funny? Well it can be. Taika Waititi writes and directs this film, based upon the book by Christine Leunens called Caging Skies. In true Waititi style, this is a satirical film where he himself plays Hitler. He is an imagination in Jojo’s mind, a 10 year old Nazi. Jojo joins a Hitler Youth group where they ‘learn’ all about Jews and why Hitler is the best. Jojo gets injured and has to stay at home, here he finds a Jew hiding in his attic, under the protection of Jojo’s mother. Jojo wants to report her but learns that his mother will be in trouble for hiding her so instead Jojo writes a book to learn all about Jews and their ‘evil’ ways. The longer he spends with the girl, the closer and friendlier he gets.

Jojo Rabbit is a really interesting film, there has been a lot of criticism about this, mainly for it’s tone and about how light-hearted the film is despite the themes within it. Some critics have argued that the film didn’t actually show the horrors that the Nazi’s inflicted. I don’t think we needed a Schindler’s List style film to show us this. In fact, if this was based in a concentration camp with Waititi’s style then yeah, that would be in bad taste. But this isn’t. It’s a satire that focuses on a 10 year old boy who is naive to the horrors that are happening. It humours Hitler without taking away the evil and by the end of it, Jojo tells him to fuck off and kicks him out of the window, banishing his once held beliefs. He’s 10 years old. I actually think Jojo Rabbit is an important film. Through Jojo and Elsa’s (the Jew girl hiding in the attic) friendship Jojo’s realises how wrong he is and how stupid it was to believe all the things he’s been brought up to believe. It shows how important education is. Without talking to a Jew, being in the presence of one he would’ve continued believing all the stereotypes, believing that they are the enemy. Without learning about minorities or religion we only take in what we have been told to take in. If I hadn’t have learned about The Troubles or Native Americans, I wouldn’t know that The British or Americans were the bad guys. It’s only once you find out something bad about countries that you’ve been taught are good you see a whole history of evil e.g The British Empire. The film shows how dangerous propaganda can be. Even today the public still believe everything they read and they act upon it. The media would make you think Boris Johnson was a saint and that Meghan Markle was Satan’s daughter the way they report on them, it’s further from the truth. I think a key bit in the film and it was only on screen was about 5 seconds long. Hitler was saying how they’re all in it together and then it cuts to Jojo and Hitler eating dinner. Jojo, stuck in a town with poverty through war is eating bread. Hitler, cozying it up, away from the danger is eating a whole pig. The elite say what the public want to hear without dealing with any repercussions. Just like the joke goes:

‘A banker, a worker, and an immigrant are sitting at a table with 20 cookies.

‘The banker takes 19 cookies and warns the worker: “Watch out, the immigrant is going to take your cookie away.”’

I understand why people might get offended by it, or feel uneasy because it’s a horrible time in history and it might seem like it isn’t taking it seriously. I think it does but just by looking at it in another perspective. Also, I think it makes a difference that Taika Waititi himself is a Jew. Now if Mel Gibson had directed it, then I think the criticism would have a stronger case. Again, just like I said about Green Book, if you do disagree, want to add something, drop us a message.

Back to the film! I think there were a lot of great performances. Mostly from the kids. All three were great but for me, Jojo’s friend Yorki, played by Archie Yates (above), stole the show. He was fantastic. His delivery and acting was fantastic. Helped that he was adorable too. However the adult actors were good too. Scarlett Johansson was wonderful as Jojo’s mother. Sam Rockwell is always good fun and even though, again, there were criticisms about his character because he was a good Nazi. I don’t necessarily think he was being nice to Elsa, but knowing that if he told the truth it meant that Jojo and his mother would have died. And Waititi was a laugh as Hitler, nailing both his movements and characteristics but also just adding that comedy element we are so familiar with in his films.

4/5
I really enjoyed Jojo Rabbit. It was a different story which was interesting. And even though it tackled some really serious and difficult themes with comedy, I think it still showed the horrors without taking away the realism of what happened. 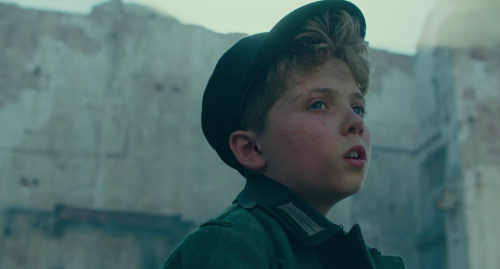 #cannot believe i will watch the clown franchise movie huh, #but if taika directs it well... gotta watch the movie, #only once tho. no other sw allowed, #rants, #taika waititi
0 notes · See All
fuckyeahworldoftaikaText

#THIS IS AMAZING, #I WOULD LOVE TO SEE ITTTTTTT, #taika waititi, #star wars, #my stuff
1 notes · See All
just-a-bit-oddText

Taika Watitti really said “who’s the most offensive person to play Hitler?” And looked in the mirror and said “Me”

rather than taika waititi directing a star wars movie, he should just make a totally unconnected fun movie set in space with fun original characters and his fun and fancy dialogue

#turn the offer down king!, #all disney is gonna do is squah his creativity, #taika waititi, #rambles, #star wars
5 notes · See All
thor-hemsworthyText

I’m a simple woman. I see Taika Waititi’s name attached to something, I’m all in

Concept for a comedy/drama movie:

Throughout the movie, we get re-enactments of the imaginary movie that Tom and Zendaya are trying to create. However, the scenes change depending on what Tom and Zendaya add to the script. For example, Tom’s character could say there’s a shootout on a bridge and we cut to soldiers shooting on a bridge. Then Zendaya could say that she hates the bridge setting and moves the location to a regular street. We then cut back to the same shootout but this time, it’s on a regular street.

The focus of the movie is on the friction between the two screenwriters and how they eventually learn to compromise on the script. Also…possibly fall for each other? I did imagine this movie working as a romcom as well.

1) Ryan Reynolds plays the male lead of the imaginary movie.

3) Oscar Isaac plays the main villain of the imaginary movie

4) Taika Waititi plays himself. He’s the director interested in Tom and Zendaya’s script.

The Jojo Rabbit​ and Thor: Ragnarok​ director is reportedly in talks with Lucasfilm and Disney for a new Star Wars project.

No official word on whether this is the same as Marvel Studios​ head Kevin Feige’s possible Star Wars project. 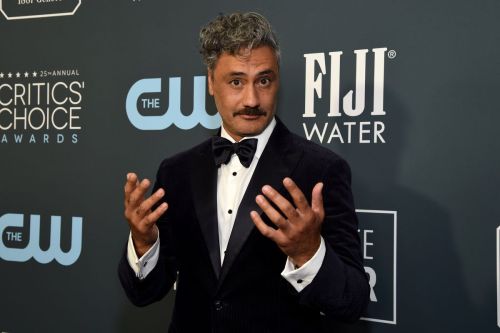