Tony: Age is a social construct. You’re fourteen in my mind.

[After Tony comes out as bisexual]

Steve: How long have you known?

Tony: Since seventh grade. I was watching “Saved by the Bell” and I thought, Zack Morris is hot. And then I thought Lisa Turtle, also hot.

Clint: The fact that the words Kelly and Kapowski didn’t just come out of your mouth is lunacy.

Summary: Who knew falling off a cliff after making a wish on the shooting star could make you end up in a totally different universe?

A/N: This is yet another possible series that I had in mind.

Peter: *opens door to his room* Guess who’s going out on a DATE TONIIIIIGHT!

Ned: Woah, you mean you finally-

Ned: IF YOU’RE NOT DOING ANYTHING TONIGHT, CAN WE BUILD THAT NEW LEGO TOWER OF ORTHANC?!

Tony: How many times have I told you kids to go through Happy first?! I’m about to go into a meeting right now! Whatever he’s doing, I’m sure-

Ned: He’s uh- taking a shower in his tears?

Tony: The meeting can wait.

#peter parker, #spider man, #ned leeds, #guy in the chair, #tom holland, #jacob batalon, #incorrect avengers quotes, #the avengers, #avengers, #incorrect avengers, #incorect marvel, #marvel cinematic universe, #incorrect marvel quotes, #marvel, #mcu, #incorrect quotes, #spiderman homecoming, #spiderman far from home, #incorrect irondad and spiderson, #irondad, #spiderson, #iron man, #tony stark, #rdj
13 notes · See All
quotes-of-various-fandomsChat
Stephen: Attention Class! To properly celebrate the end of the year in the winter spirit, we shall-
Tony: Get drunk on eggnog.
Peter: Stare blankly at each other over cooked turkey and roasted potatoes.
Loki: Be cold, distant and filled with darkness.
Stephen: …
Stephen: My mistake for forgetting who I was dealing with. Let us all go back to our room in silence.
#the avengers, #incorrect mcu quotes, #incorrect marvel quotes, #marvel, #mcu, #mod 2, #incorrect quotes, #peter parker, #loki, #tony stark, #loki laufeyson
21 notes · See All
avengerscompoundAnswer
Hey, sooo I was wondering what avenger would be most in to edging. Giving and receiving if you don’t mind! If that’s too big of an ask for one could you do receiving please?

Giving is Natasha.  She’s definitely one of the most dominant, and that level of dragging things out and teasing is well up there for her favorite things to do.

As with everything submissive, Clint is the most into being edged.  He’s absolutely the most submissive sexually of the Avengers and this is one of his big likes.  Especially if he has to beg for his release.

The Tower: The Queen of Asgard
An Avengers Fanfic

Synopsis: The twins are now three and while the Avengers know that Clint and Thor are the biological father’s none of them know or care which blond, blue-eyed baby is related to which man.  When Riley gets the power to control wind and it becomes evident that she is the heir to the Asgardian throne, Elly, Steve, Thor, and Tony take the twins to Asgard to train her.

Not every Asgardian is happy with their king’s choice of consort, nor the impurity of the heir’s blood.  While others expect Thor to make things more official.  What’s clear is, the role of Queen of Asgard is not easily filled.

After bathing Thor, Steve and Bucky helped him to the bedroom. I followed after and toweled both of us off and I put on a very simple slip dress over nothing.  Sam and Bruce joined us to help patch up Thor who was still trying to fight the fact he needed help, though thankfully not as hard.

Bruce was very green around the edges and each time he spoke it was accompanied by a deep grunt that was definitely not him, but rather the Hulk wanting to push through.

Summary: The team finds out if the time heist worked.

Pepper tells him, “You were- You were gone,” with tears in her eyes. “They couldn’t revive you for so long, and then you just… woke up.”

When she leaves, Tony thinks about what she said, what she didn’t say, and about the honey-eyed boy and his parting words.

You aren’t ready for me, yet. Maybe next time, Mister Stark.

read it on the AO3 at https://ift.tt/38kJKRK
#Peter Parker, #ao3feed, #spider-man, #the avengers, #spiderman
0 notes · See All
ao3feed-peterparkerText

read it on the AO3 at https://ift.tt/2RxwSkv

daddy tony and little peter drabbles, as the title states.

read it on the AO3 at https://ift.tt/2RxwSkv
#Peter Parker, #ao3feed, #spider-man, #the avengers, #spiderman
0 notes · See All
chaoselphText

The Avengers “I Believe In Me” live

Summary: All the OTHER times Nick Fury texted Carol Danvers.

Harry Potter is the best character in the MCU, thanks Facebook

He wakes up in an Afghani cave.

read it on the AO3 at https://ift.tt/30BDiTF
#Peter Parker, #ao3feed, #spider-man, #the avengers, #spiderman
0 notes · See All
minsimaginesText

Summary: Y/N is an avenger, and she can’t stand Steve Rogers. A powerful mage, able to conjure green deadly mists to use as she wishes. The public is horrified by her, so her private life is hidden by the name they gave her: The Green Malice.

Follow her as she tries to fulfill her destiny; to find both her place in the world and maybe love on the way there.

Characters: Y/N  Y/LN / Green Malice. Steve Rogers. Sam Wilson. The Avengers.
Warnings: Swear words, nothing else, I think?
Words: 1.4k
A/N: gifs and images are not mine, credit to owners!! I’m back with another fic. Woho.

It hadn’t taken more than five seconds for you to realize you didn’t like Steve Rogers.

He was bossy, old fashioned and so fucking stubborn. Every chick, every person in a room would all admire him as if he had single handedly saved the world with his pinky finger. You didn’t like Steve Rogers, and you were not about to let him tell you what to do.

“I gave you an order,” he said, glaring down at you.

“I don’t take orders,” you stated plainly, turning on your heel to walk out of the room.

Everyone always talked about Steve Rogers. Everyone asked about him. No one would ask about you. No, it was all Captain America. You, apparently, weren’t even a part of the team.

You were just another product of someone’s sick imagination, a project gone sour. Unnatural and dangerous. The others didn’t have to hide behind an alias, like you had too. No one in the building except the team- no, scratch that. No one in the world could know about you outside of the team. 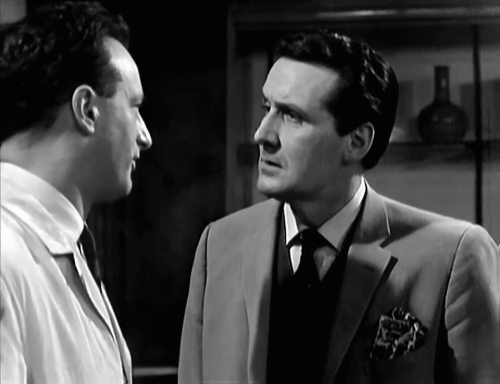 i love that since the very beginning tony is all for trying to tell/show bruce that he can control the hulk and have somewhat of a better relationship with the other guy so that maybe bruce won’t feel “exposed like a nerve” forever.

that boy is tough but also so soft and that just gets me weak. 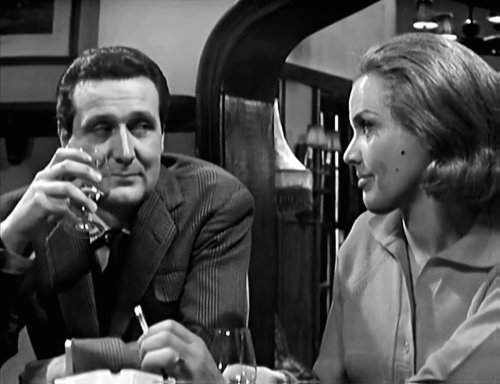 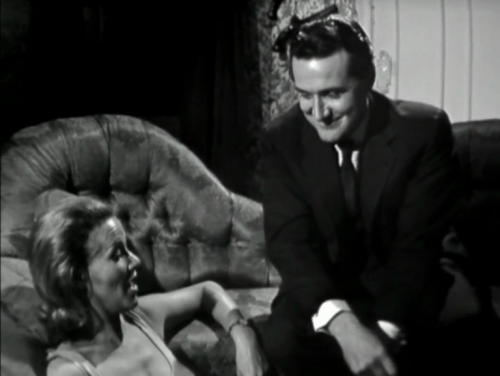 #the avengers, #john steed, #cathy gale, #death of a great dane
5 notes · See All
Next Page