Working on a imagine about Chris Hemsworth

Can’t find the original post of this idea, if you find the creator, inform me please so I can credit them.

That look of begrudging appreciation.

Thanos:   I will destroy your happiness!

Loki *looks around*:   My happiness? Mine?

The look of just sheer pain kills me here 💔

Hey, I hate to be a.. hater, but I never liked Jane Foster. Now I’m concussed at the moment and muddled as hell, but she seemed sort of unessential… unimportant.

Yeah okay, I get it she was important to the first film, and I gaurentee that if she and Thor weren’t just shoved together, they would have been better as friends. They have no chemistry. Sure she’s an astrophysicist, and he’s from another ass planet, but what do they have in common? Yeah they broke up, and everyone understands why, they weren’t right for each other. But the absolutely ruined her character with it, they made her relationship with Thor the only thing she is. And in my opinion, Dark World would have been better if the aether possessed Loki. Or Darcy. Hel even Selvig. Thor and Loki are brothers and a good way to show that Thor still cares would have been to show him fighting for him to live. They get the aether out, and Loki pretends to fake his death after getting stabbed last time. Perfect lead to Ragnarok, Loki still dies, and it ends up showing more of Thor’s greif, losing his mother in the fight to save his brother, and losing his brother anyway.

Or Darcy. Thor has a thing for women who can take him down admit it. I’m not saying they should have been together, cause gods know Marvel would fuck up her character too. You can see in Thor’s eyes that Darcy reminds him of Loki. Her wit, sarcasm and bluntness. She’s like a little sister to him. He would do anything to save her. Tell me I’m wrong.

Selvig was made to remind Thor of Odin. Not a lot. But they have that sort of relationship. And he and Odin could have had that type of relationship if he had focused on being a good father and raising both his kids instead of grooming both for success and only allowing one to take the throne, and at the time it being the the one the least capable of it. They would have had a similar dynamic of Odin had done that.

All these people have a real relationship with Thor and the only way for Jane to be relavent was shove them in a relationship. And only because Thor’s the ‘dumb blond’ and Jane’s a genius, Eric and Darcy are bystanders, and Loki’s the bad guy.

I don’t have much knowledge on the Marvel comics. But that’s what I’ve gathered from the movies. Jane was unnecessary (I forgot the word earlier) to the movies and if she and Thor weren’t in a relationship I would feel less strongly on the topic than I do now.

But that could just be cause I ship thordall.

Are @boba-fettuccine and I the only ones to ship thordall? Yes. Okay.

So I’m hanging out at home watching Thor movies and you know what? “Thor: The Dark World” is way better than people give it credit for.

Loki in his cell, biding his time, acting all cool and shit? And then he gets the news that his mother is dead, and you see that moment of rage surpassing his cool exterior? And THEN Thor forces him to drop the illusion, and we see him crumpled, broken, vulnerable, a complete mess? That’s good shit.

Frigga being badass, protecting Jane, facing Malekith and fighting until the end? And the funeral, my God, all the lights and the boats on the water, then Odin bangs his staff and Frigga turns into stars and ascends to the heavens? Good shit.

The interactions between Thor and Loki, two brothers who once loved one another turned enemies who are forced to work together and trust each other, constantly at odds and yet struggling to find the brotherhood bond they once shared? Good shit.

And yes, Jane Porter, and her sassy assistant, and Dr. Eric- I love them all, and I missed their absence in Ragnorak (even as awesome as Ragnorak was). I felt personally slighted at the one throw away line- “sorry Jane dumped you”- like, that’s it? That’s the only explanation we get?

Anyway, I really liked “Dark World,” and it bums me out how critics/fans are like “oh yeah, THAT one, lets just forget about that atrocity.” Because I really liked it, and I think it deserves more recognition and appreciation. Just saying. 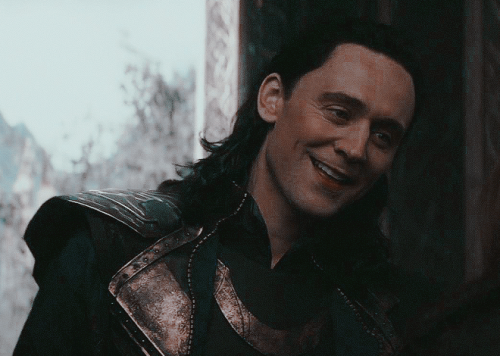 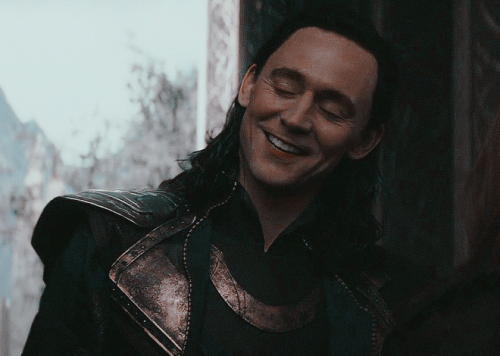 #loki, #loki laufeyson, #marvel, #tom hiddleston, #look at him, #thor dark world
31 notes · See All
geek3000Chat
Disney: We have something for you! This is Loki! He's a villain! He's mean and evil and you should never trust him!
Fans: Omg! He's so attractive and misunderstood!
Disney: Uhm... okay well, whatever you want. Oh! But I've got another one! This is the Winter Soldier, he's a ruthless assasin, he has a metal arm and guns and knifes and-
Fans: OH MY GOD, PRECIOUS BABY!!!
Disney: ... Okay weird... I have one left though. This is the Mandalorian and he's-
Fans: HE'S SO HOT!
Disney: YOU DON'T EVEN KNOW WHAT HE LOOKS LIKE, WTF!!!
#i know they're not from the same fandom, #but i'm don't know the star wars fandom very well and I really wanted to post this, #i only watch Mando lol, #loki, #thor, #thor dark world, #thor ragnarok, #winter soldier, #captain america, #bucky barnes, #captain america winter soldier, #mandalorian, #the mandalorian, #mando, #disney, #disney +, #baby yoda, #i'd die for baby yoda, #marvel, #mcu, #star wars, #sw
3K notes · See All
xthorquillxChat
Incorrect Thorquill #22
Thor: Maybe hot chocolate wants to be called beautiful chocolate for once.
Peter: Thor, I love you but please let me sleep it's three a.m. for fuck's sake.
#thorquill, #thunderlord, #peter quill x thor, #thor, #thor odinson, #peter quill, #starlord, #star lord, #mcu, #marvel, #marvel mcu, #marvel cinematic universe, #marvel characters, #gotg, #gotg 2, #asguardians of the galaxy, #Guardians of the Galaxy, #thor ragnarok, #thor dark world, #thor the dark world, #incorrect quotes, #incorrect thorquill
56 notes · See All
drewsb12Video

‘Mr. Sandman, bring me a dream.
Make her the cutest that I’ve ever seen.
Give her two lips like roses and clover,
And tell her that her lonely nights are over.’

I like a lot of things about Thor: Dark World, but I think one of my favorite moments—not necessarily a nice moment, mind you—was when Thor was talking with Odin after the Dark Elf invasion and Thor realizes Odin and Malekith are equally ruthless…it’s one of those moments where Thor’s alienation from the rest of Asgard really shows through.

The other moment being that time where he’s with the Warriors Three and Sif and he just slowly puts down his tankard while Volstagg throws his and shouts “Another!” which was a great parallel to that scene in the first Thor movie. He’s out of sync with his home and while he’s become wiser and better, it’s sad because well…it’s his home. He’s got friends in the Avengers, but I don’t think Thor ever fully fit there either.

And then of course Frigga dies, which is symbolic of Odin and Asgard’s softer and wiser side—she’s probably one of the few people from before his banishment who could have appreciated the changes in this new Thor (Odin’s probably realized that while Thor has grown and is more mature, the banishment has backfired and Thor’s new ideals do not fit Odin’s vision of what the future King should be like) and what you’re left with is an Asgard that is (even more) incapable of change.

So I’m very very late but I’ve just seen the first two Thor films and I.. god I wish I’d watched them sooner.

CEO Thor Odinson scolds his secretary Peter Quill for coming late to work. Peter gets super frustrated because his boss is also his husband who is the reason Quill is late to work. Mr Odinson just kept him awake all night.