You will simply have to pry this ot3 from my cold dead hands, and that’s the mood for tonight lads!

So I know everyone’s been reacting to this scene and drawing artwork, but I haven’t seen enough memes coming out of it  ¯\_(ツ)_/¯

#not gonna lie; i choked when i saw they animated this scene, #and then proceeded to laugh hysterically, #boku no hero academia, #my hero academia, #bnha, #mha, #todoroki shoto, #utsushimi camie, #maboromicamie, #maboroki, #my post
2 notes · See All
conspiracistshototodorokiText

Bakugo must be so unpleasant due to the amount he sweats.

Some sketches of my friends and mine’s favorite students! This was back whenever I first got into MHA, so I think I was trying to figure out how I wanna draw Bebbermint Boy and Lightning Mcqueen.

I’ve been thinking about possible hero names/hero name changes for some of the 1-A students (and Shinso) so here they are !! If you have any suggestions lemme know.

#not adding kacchan because i dont vibe with it, #also not adding hiroshima because i feel that just... tasteless and kinda messed up, #lots of names for Shinso!! what a good boy, #also good names for my boy todo. i love him, #I think 'Duality' 'Endure' and 'Freezer Burn' are my favorites for him, #ANYWAYS, #bnha, #mha, #my hero academia, #boku no hero academia, #bakugou katsuki, #todoroki shoto, #shinso hitoshi, #aoyama yuuga, #ashido mina, #ojiro mashirao, #kaminari denki, #satou rikidou, #jirou kyouka, #hagakure tooru, #yaoyorozu momo, #class 1a, #no i will not change deku to dekiru, #fight me, #deku, #midoriya izuku, #💚
16 notes · See All
suartrantingandotherthingsText

Toga: If Deku won’t love me when I look like you, (Shoto) he’ll love me as myself! Deku: *sees Toga* Deku: *screams*

Todoroki: guy’s gotta take his time getting pretty. you think all this was an accident?

Endeavour: yes. yes you were

*cries in ender pearls* I’m such a loser cause I don’t even remember most of everything that goes on in minecraft. Don’t @ me if something is wrong. Debating if I should buy Minecraft on my phone and play it

i felt bad bc i haven’t posted any good content so heres an old request ima shoot out the inbox for y’all I’m probably so rusty KWKD :(( <3

first time writing for Iida let’s see how well we do hMM ;))

TODOROKI, BAKUGOU, MIDORIYA AND IIDA PLAYING MINECRAFT WITH THEIR S/O (PLUS MIRIO TOGATA)

— he spawned into the world and moved two spaces

— he fell into a cave and survived

— then died because a cave spider attacked him

— “What are these light blue things in the stones?”

— “It’s an ore for a gem. You mine them and you get diamonds or emeralds. Is it like a really light blue?”

— “Shoto…what did you do with the diamonds?”

— “This world sucks there are no diamonds.”

— “Oh I have some in the chest by my crafting table.”

— you are just shook

— your Minecraft beds are right next to each other too

— the easy way is not for him

— you walk into your house and you hear the click

— “Haha, I knew you had some good shit in here—fucking taking these— what the hell is hitting me—OH SHIT! NO FUCK OFF STUPID RAT LOOKING FUCKS NO DON’T FUCKING KILL ME—“

— raids your stuff when all else fails

— he is a survival mode player only

— the meanest and worst minecraft player to ever play with

— what a clown i swear

— best one to play with tbh only second to mirio

— knows the basics and a little more

— if he made his own world he could survive pretty decently

— has memorized the most important potions needed like invisibility, etc.

— and you are just so confused cause where is he

— “Oh no wonder I didn’t see you your hair probably—“

— cause there’s a tall, buff pixelated All Might staring back at you

— “Izuku—you know what? I ain’t even surprised.“

— other than that—he’s a decent Minecraft player

— gets excited when he finds ores especially diamonds

— you get excited when you find emeralds because

— “Oh my god Izuku the emeralds look like your eyes.”

— all_mights_1_fan has left the game

— y’all know those Minecraft books that they used to have that used to help you with like enchantments and stuff?

— he plays by the books

— has the complete handbook collection

— I do too lmaooo

— “I would suggest you go over these should we play!”

— when you guys play he immediately wants the rules

— “That rule is absurd! Surely there are more—“

— he’s fallen into caves, burned by lava, and been buried alive by gravel and sand

— “This game is chaotic! At least these strange green fellows are coming to greet me.”

— “Yes! Some have no clothing on, but that’s alright!”

— also best person to play with

— a combination of everyone lmaoo

— “Get that blue bed guy over there.”

— “You have a yellow bed behind you, watch out!”

— wholesome is what it is

— which includes missing almost everything, forgetting the names of stuff, and building a little house on the side of a mountain for the next seven days and being scared of everything

— “I saw a pig and I wanted to kill it and on the way I just dropped into a hole in the ground.”

I keep being proved how toxic the fandom is when i state out loud that I’ll never be able to forgive endeavor for what he has done to his entire family, the trauma he has caused.

What I get are responses from the fandom that are simply disturbing.

Telling me I’m childish, to get over it and that I’AM the problem, simply because that character has a strong quirk so ‘stfu, he’s cool you’re boring’

Imagine saying that to someone who has struggled with something similar to todoroki’s , imagine having to deal with someone with that mindset, imagine not realising how wrong it is to tell people off because they can’t get over something so traumatic and disturbing as their relationships and endeavor’s behaviour.

Bones are you secretly setting us up for a side story featuring Bakugou and Todoroki in a Shoujo bachelor quest??

Requested by @shoutoissocuuute . Thanks for the request! This is my first one so….Hope this is not too shabby….(´∀｀)♡

Summary : Todoroki saved the students from a blizzard using his quirk….but due to his overuse of his fire quirk, he suffers from a fever….

What do the students do?

“the formidable, blazing flames that he promised not to use came to everyone’s aid”

“But, of course, he had to pay a small price”

“A fever…. that’s all it is…” He stated in his frosty tone at the fascinated yet worried group of students.

“So…are you feeling…warm….or cold?” Kirishima started off curiously….“ya know…. Half and half….a very weird kind of fever if you think about it….” He stopped then and there because of how… confusing the whole thing was….

Everyone in the room tried to know what’s what….one could hear the gears turning in their head….if they had any……

“It’s hot on the left side and the other is hotter…….

the frizzing weather, too….makes my cold side feel….. frosty and hot…at the same time….”

“How were you treated before?” You asked, clearly interested in this strange situation….

“Like every other normal person, the weather is clearly the disadvantage…” He said thoughtfully….

“Okay! Warm the cold side slightly and cool the hot side… slightly…?” You trailed off akwardly after being met with silence…..

“Somebody should prepare soup and something hot!”

“We’ll do it!” Answered the bakusquad, the team entirely dependent on bakugo, who wore an irritated expression on his face….as usual…..

I hope they don’t burn the kitchen down.

“We’ll go see if we can get some ice cubes or…..wait, what do you if you want to warm a cool side while cooling the warm side?”

It was all sounding like confusing tounge twisters by now…..it was a funny sight….

“Come again?” Asked tenya, who looks like he’s trying to find the answer to the most confusing math problem.

While looking at the…. beneficial catastrophe…..you took a quick glance at todoroki…..who looked absolutely bewildered and confused.

“What’s wrong?”, You asked him softly.

“I did tell them that it was tolerable, right?”, You nodded your head in response.

“And yet…. they’re all working together, trying to help me out….why?” He asked in wonder….

Such a simple question and he’s so puzzled by it….cute…

“It’s because we care about you and you literally saved us all from becoming frozen popsicles”, you smiled at him, “You were taken care at home, right? During fevers and stuff”.

“Of course, by my mother, brothers and sister but….. endeavour discouraged it…… believing that I would become stronger by taking care of myself”, he scorned at the memory.

Wow, he really endeavours to make him the strongest to the point where it is disgusting.

You gave a assuring pat on his shoulder and gently smiled, “It must’ve been horrible, but don’t worry, we know exactly what we are doing”.

A scream from the kitchen as bakugo started yelling curses.

You rolled your eyes as a smile ghosted on todoroki’s lips.

The kitchen’s on fire, isn’t?

You spotted the smile.

“You should really smile more…you look…..so……gentle and soft when you smile…..”

Was the red tint on his face because of the fever or was he blushing?

“Heck…I have never even heard you laugh before….” You continued teasingly….a certain warmth in your eyes…..

“Please….do remain happy and talk to us when something’s bothering you….we are always there…”, You added the last part tenderly…..

Why are you always so…worried about him?

“Soup’s ready!”, Mina shouted out, with sero bringing it in…..

He feels like he’s living in his actual childhood…..no abuse or Harsh words from his father….

Only tender affection from his loved ones….

“Thank you”, he whispered in a warm tone, entirely opposite to his normal, cold voice……

A/N : annnnd…..scene! Thanks for reading! Do tell me your thoughts on this! And… Have an amazing day!!!

Credit goes to the wonderful artist…do tell me their name if you know!

My preview for @shoutobowlzine!! It’s a story in which the princes of 1-A and 1-B duke it out in a battle of wills that may or may not be of Monoma’s imagining.

It was a super fun story to write and I really hope it convinces more people to get aboard todomono, because it’s a very very good ship

Preorders for the zine are open!! get them while they’re hot!! but also cold!! 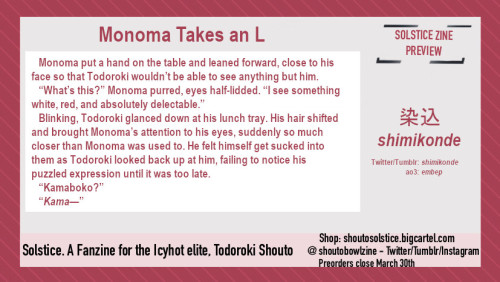 #honestly there is so much great content, #lots of rarepairs, #i'm gonna be straight with you todoroki x soba is probably my fav, #todobakucamie is also so good tho, #actually wait i take it back they're all rly good, #i crave the todoroki x yanagi keychain with all of my being it is so CUTE, #SO YA check it out if you want, #zine stuff, #my writing, #bnha, #monoma neito, #todoroki shoto, #i also put the text in the image myself for the first time so if it looks awful blame me not them
3 notes · See All
confused-spleenText

Kaminari has called me a polite cat. Am I a cat now? Midoriya won’t stop laughing.

galaxies and roses. i did some fan art of todoroki from bnha. hope you like it! it’s honestly probably the most aesthetic thing i’ve drawn. 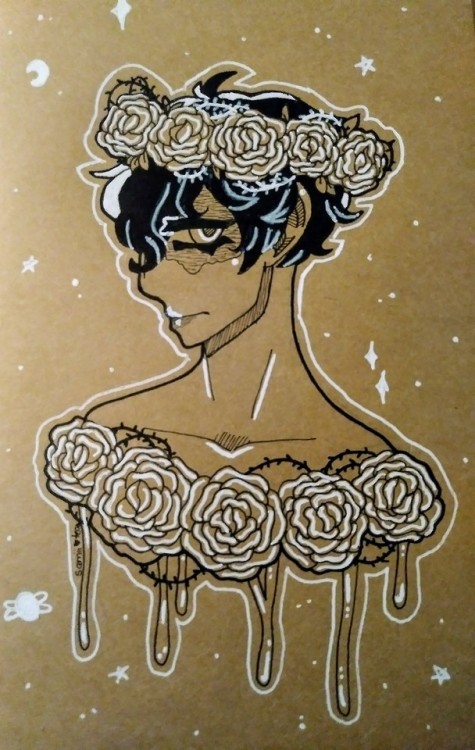 So, I tried to edit my first drawings for chapter 1 [X] 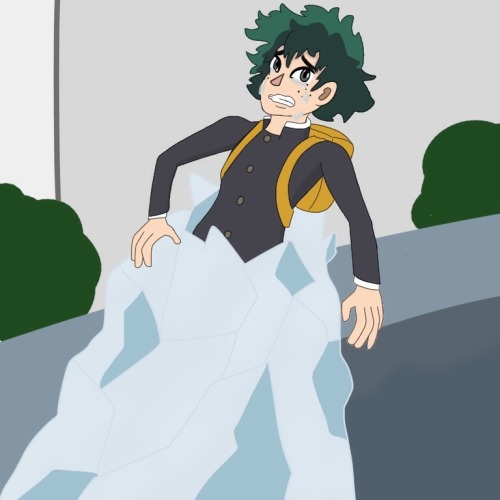 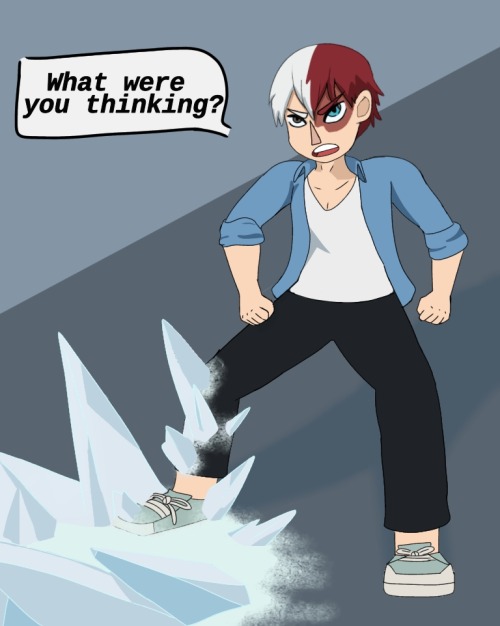