Once upon a time in Austin, Texas, University of Texas student Berkely Breathed, a smartass with a mustache to this very day and a loveable goofus of the highest order, was recently out of a job, thrown out on his ass by the Austin-American Statesman for one of his cartoons pissing people off. It would not be the last time one of his cartoons pissed people off, nor the end of his cartooning career, though it would probably be the last job he was outright fired from.. maybe he might of delivered pizza’s, stripped or fought grown men and/or walruses for money.. I don’t know what he did in his spare time.

And not long after, he found a new , regular cartooning gig in the daily texan, UT’s newspaper and since college papers give far less fucks about people yelling at them than national newspapers, which gave way TOO much of a fuck about people yelling at them over comic strips, Berkely had his first regular gig. and it was this gig that lead to thousands of comic strips, 3 more series later on, plushies, an animated special, a failed pitch at dreamworks, t-shirts, bill watterson getting pissy with him, pearl clutching from concerned elderly people, letters from harper lee and lenoard nemoy, and a small album made by fans. And it all started with a small time semi-doonesbury knockoff starting an obnoxious fratboy.

Welcome one and all, to Bloomtrospective, my retrospective covering all 14 years of bloom county, and every year of it’s prequel and sequels. For those not aware bloom county is a comic strip that was started by Brethed in december 1980 and went on to run till mid 89, becoming one of the most influnetal and funniest comic strips of all time, often getting into political and celebrity satire and weird shenanigans. I"m, as you can probably tell by this insane undertaking, a massive fan and more than happy to dive into all 28, yes 28, years worth of content it’s creator , Mr. Brethed, put out. And before you ask, yes virginia, that is his real name. But before I can get into bloom county proper, as you can probably guess i’m tackling his college strip, the Academia Waltz.

I have many exes…

Glad to be a gay grrl with a beautiful boy who didn’t end up marrying a man to have kids and a family.

Just feeling really grateful today to live in a way that is true and honest to myself, as best as I’m able. ❤️

This is what I thought of when I saw Inteleon’s Gigantamax form. 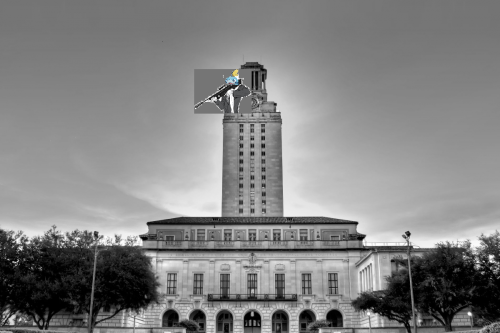 Thinking about applying for grad school at University of Texas but I would like some insight to the community of Austin so please message me if you live there or are familiar with the area. 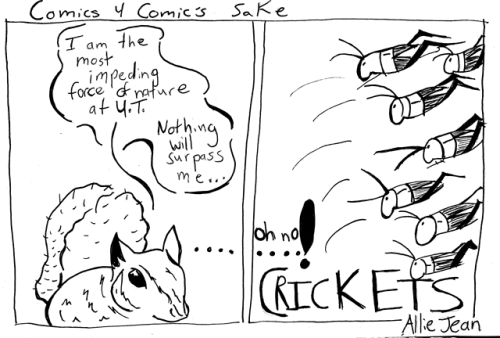 Before our wedding my now in-laws stayed in Austin and we had a blast. We went to Huts, the museum of the weird, and toured the city on Lyft scooters. I got to teach them about my home state and even though it was a bit toasty we toured UT and the capital.

Thank you @suthrnsweetietx for the pictures from tonight’s Q&A in Austin! 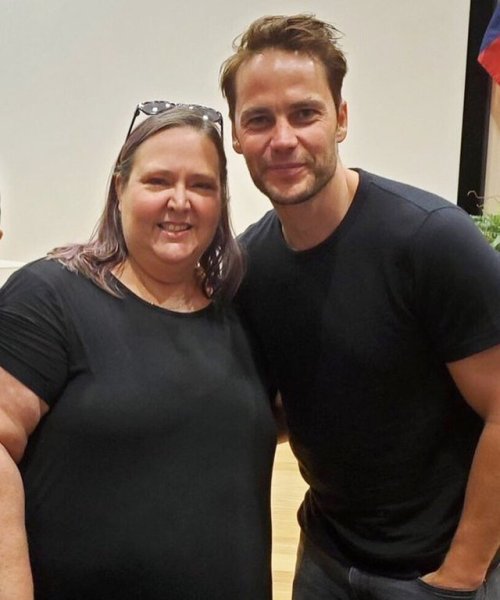 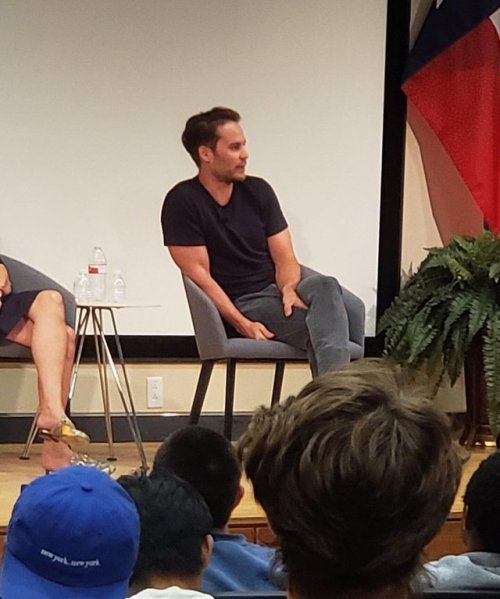 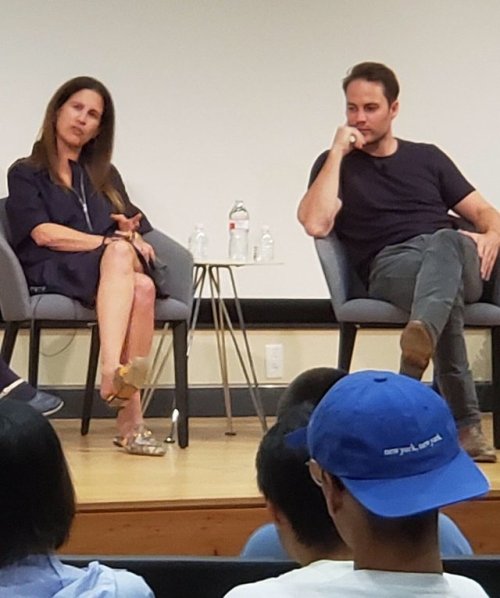 Taylor doing a Q&A with his manager, Stephanie, tonight at the University of Texas Moody College of Communication. 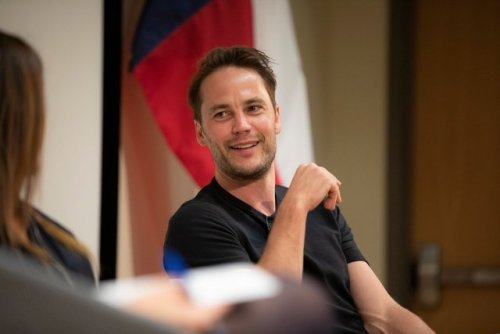 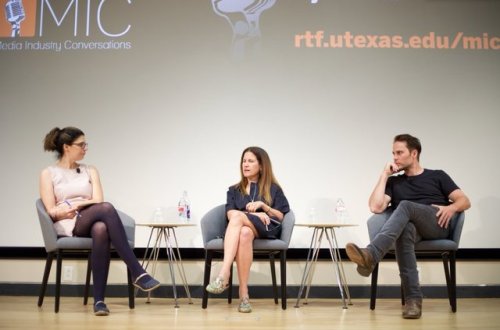 Long-hidden documents show the school’s blueprint for slowing integration during the civil-rights era.

In the summer of 1955, administrators at the University of Texas at Austin had a problem: The U.S. Supreme Court’s Brown v. Board of Education decision, handed down the previous year, required educational institutions to integrate their classrooms. But the regents overseeing the state university system’s flagship campus, the old alumni who formed the donor base, and the segregationist political forces that pulled the purse strings were all determined to find ways to keep African Americans from stepping foot on campus.

UT had no conspicuous blocking-the-schoolhouse-door moment. A series of documents in the UT archives, many of them marked confidential, suggests that administration officials took a subtler approach: They adopted a selective admissions policy based around standardized testing, which they knew would suppress the number of African American students they were forced to admit.

I came across these little-discussed records, all but lost to history, while researching my book about the football player Earl Campbell and desegregation. (Campbell played at Texas in the mid-1970s, not long after the head coach finally allowed African Americans on the varsity squad.) In recent years, the university has tried to reckon with its past: Confederate statues have been removed and a portrait of Heman Sweatt, the African American postal worker whose application to the university in the mid-’40s led to a Supreme Court decision that presaged Brown, now hangs in the atrium of the law school that sought to bar his entry.

Historically, however, the university went to great lengths to perpetuate white supremacy. Today, standardized testing is widely seen as an objective index of merit. In Texas, in the immediate post-Brown era, it seems to have been used as a bureaucratic cudgel to maintain Jim Crow.

Less than two weeks after the Brown ruling, in May 1954, H. Y. McCown, the university’s admissions dean, dashed off a note to the university president with a proposal to “keep Negroes out of most classes where there are a large number of girls.”

“If we want to exclude as many Negro undergraduates as possible,” McCown wrote, the university should require African American students seeking admission to undergraduate professional programs to first spend a year taking courses at Prairie View A&M or Texas Southern University, both black schools. Essentially ignoring the thrust of Brown, the regents adopted the proposal.

I bolded that portion above because it’s interesting that this article comes out on the heels of Jemele Hill’s article for The Atlantic:

In usual fashion, (white) people are more outraged and going on and on…and on about Jemele’s article than the UT article, which still manages to be visibly swept under the rug since it’s not being discussed and parallels other white colleges whose multi-billion dollar revenue was/is generated by cracking the door open for Black athletes to be commodified.

Who knows what the outcome would be if Black athletes actually left in droves in favor for HBCUs. But the thought alone leaves (white) people uneasy because it shifts power and control into the hands of Black people, mainly Black men. 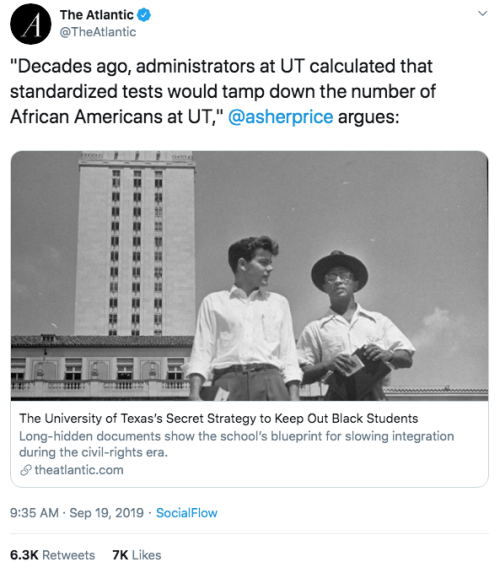 Please join us for a Q&A session where we discuss Stephanie Simon’s career trajectory, her roles and responsibilities as a partner and manager with Untitled Entertainment, and her views on the current state of the media industries.

As a special treat, one of her clients—film and TV actor Taylor Kitsch (Friday Night Lights, True Detective)—will join us to discuss the actor/manager relationship as well as his experiences as both an actor and writer in Hollywood.

Taylor will be joining his manager (left in the picture) for a Q&A at the University of Texas this coming Monday. 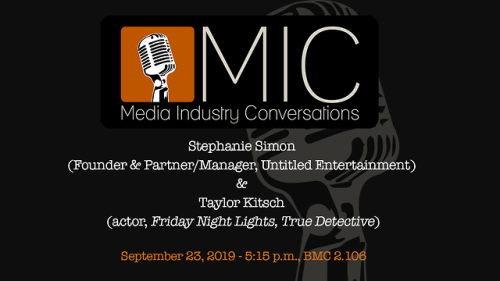 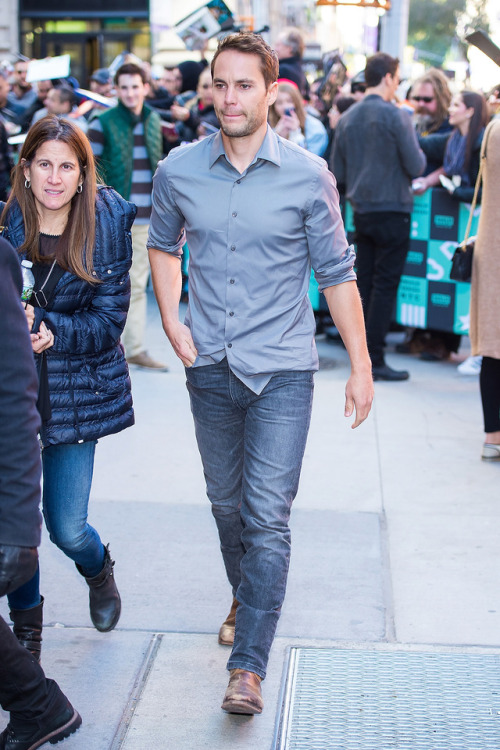 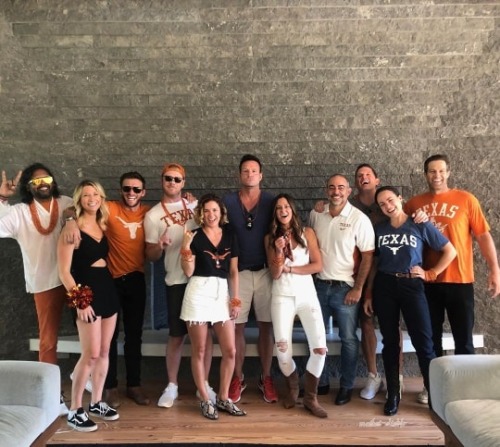 So Matthew McConaughey just officially became a professor and apparently everyone on my timeline is going back to college. 😂😂

Step aside, graphene, “silicene” is the trendy new nano-material in town that could one day supercharge future tech. Scientists have created the world’s first transistor out of the silicon-based material, and it’s a mere one atom thick. Unlike its much-maligned graphene cousin – which has yet lived up to its vast potential – silicene is a much more interesting material for computer scientists. Thanks to the silicon base, it can form “band gaps” necessary for transistors, which could one day lead to faster chips that consume less power.

Read more
#NanoTechnology, #University of Texas, #nanomaterials, #Silicene, #graphene, #transistor
0 notes · See All
engadget-yahoopartnerText
Okay, so we’re not up to USS Pegasus levels yet, but for the first time researchers have been able to cloak a three dimensional object. Don’t start planning your first trip to the Hogwarts library restricted section just yet though, the breakthrough is only in the microwave region of the EM spectrum. Using a shell of plasmonic materials, it’s possible to create a “photo negative” of the object being cloaked in order to make it disappear. The technique is different to the use of metamaterials, which try to bounce light around the object. Instead, plasmonics try to deceive the light as to what’s actually there at the time – but because it has to be tailored to create a “negative image” of the object you’re hiding, it’s not as flexible, but it could be an important step on the road to that bank heist we’ve been planning. Read more
#UssPegasus, #DRainwater, #KMelin, #University of Texas, #A Alu, #Microwave, #Science, #Austin, #J C Soric, #D Rainwater, #Cloaking Device, #JCSoric, #Experimental verification of three-dimensional plasmonic cloakin, #Microwave Cloaking, #Gizmonics, #G Moreno, #CloakingDevice, #UniversityOfTexas, #A Kerkhoff, #ExperimentalVerificationOfThree-dimensionalPlasmonicCloakingInFr, #Metamaterials, #GMoreno, #USS Pegasus, #Cloaking, #AKerkhoff, #AAlu
0 notes · See All
all-good-newsText
#free college, #education, #university of texas, #free tuition
0 notes · See All
vrepit-saltText

The University of Texas - Austin on Tuesday July 9th, made a decision to make tuition free for low to medium income students (Those with family income < $65,000/yr) starting Fall 2020.

This is so helpful and a wonderful thing they’re doing. I live in Austin and UT was my first choice for college but the tuition costs kept me back. Thank you UT for helping out low income students! I hope more colleges follow this trend! 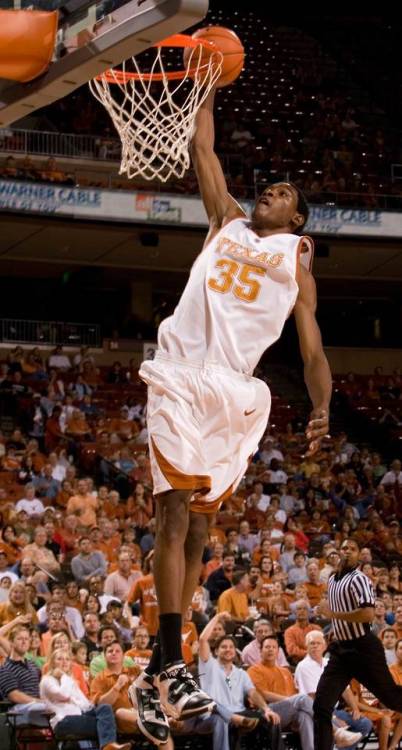 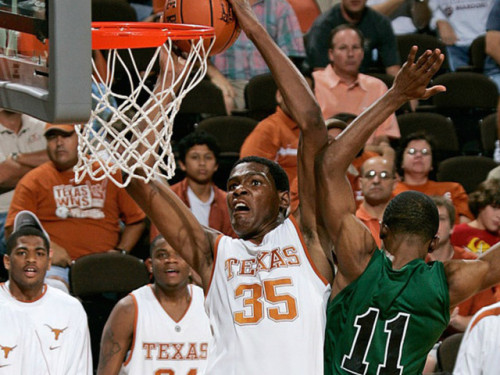