Gloria and Victor: So hot!

#s: tik tok, #piers, #gloria, #victor, #team yell, #pokemon swsh, #swsh quotes, #obstaqueuen
13 notes · See All
acrispyappleAnswer
I just want to say you are extremely hardworking to have quality content daily. I wish I could reblog your whole blog LOL. I don't think it's said enough so thank you, Anna! We are so grateful for your presence in the otome fandom and sharing all that you do. You are one of the pillars of the tumblr otome fandom and I think everyone would agree with me on this. Please take care of yourself. 💜

heya! it’s not that i don’t want messages– it’s more about the fact that i get a lot of messages and if i accidentally read one while i’m in a hurry, it tends to get buried. i can answer normal messages quickly enough* (unless it’s long and requires me to say something deeper), but when i get a game question via pm, i can’t instantly answer it since i like to think about them properly + it might need me to check stuff. once i read something and more come in, i usually forget about it, and the person who sent me a message with a question might end up feeling ignored. i still welcome you guys messaging me regarding other issues you may have, i’m just asking that game questions be left in asks. ✿

i figured it’d be better and easier to keep all game questions in one place so i can browse through it and answer whenever i have time. plus, there’s also the fact that when i answer something privately, someone might come along and ask the same thing again. it’d save us all the time and trouble if the answer is in an ask everyone can already see. sometimes an easy yes or no game question is okay via pm tho! (^ ^*)♡

so yeah, i really don’t mind messages! i appreciate it when people want to talk to me. just remember, sending me a question via pm won’t make me answer faster, in fact, i might miss it altogether (especially if i see it while i’m busy / preoccupied). i’ll still try my best to keep track of questions people send me via pm, but i really think it’s better to just send me an ask. ✩‧₊˚

#asks, #anon, #personal, #victor
16 notes · See All
acrispyappleAnswer
Hi Anna, personal Q incoming >.< In real life, do the guys you fancy resemble "virtual boyfriends"? What I mean is, do you steer towards Byron-ish or Victor-ish personalities? Because in real life, I gravitate to completely opposite type than in otome games. I'm usually into the rougher manly type (think IkeVam Leonardo or MidCin Sid) when in comes to games, but my real life bf is a total Vincent

heya! my bf is nothing like byron or victor, but i’ve had exes who were. i mean, what i usually like is simple – proper, mature, strict, smart, and not much of a talker. it’s probably a generic thing most people like? but if we were talking about someone like kenshin / yandere types, then no, i don’t think i’d be okay with that irl. like if he imprisoned me and stuff? i don’t think it’d end well. maybe if i were really into him? i don’t know… maybe i need to experience it because somehow i’m semi finding it appealing still lmao. bf is more like a mix of an ‘older kiro with a serious day job’ and a ‘not-so-oblivious mitsunari’ (≧◡≦)

heya! yeah, you were on the non-dash version of my blog. tags with an apostrophe really won’t work unless you just click on it. i don’t know why. it works fine when i’m searching while logged in and viewing from my dashboard or my phone. hope you enjoy the kenshin birthday story you choose! (°◡°)

heya~ congrats to you! it took me ages to get his birthday photo haha. i even got the damn story first. we thank you for the blessing, oh lucky one! since i already did the kenshin gacha, maybe it’ll give me luck when i do the ikevam pet card gacha! everyone, please thank the lucky one~ ✿

What fascinates you the most about him? ♡

his face, his touch, his body… or that bowl of cherries he’s holding~ (≧◡≦) 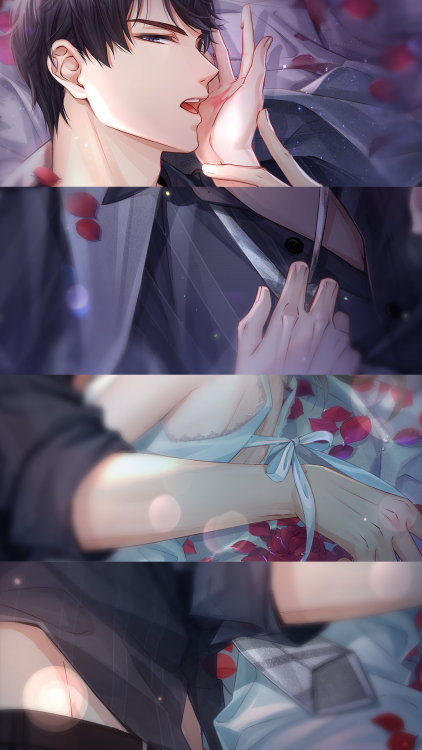 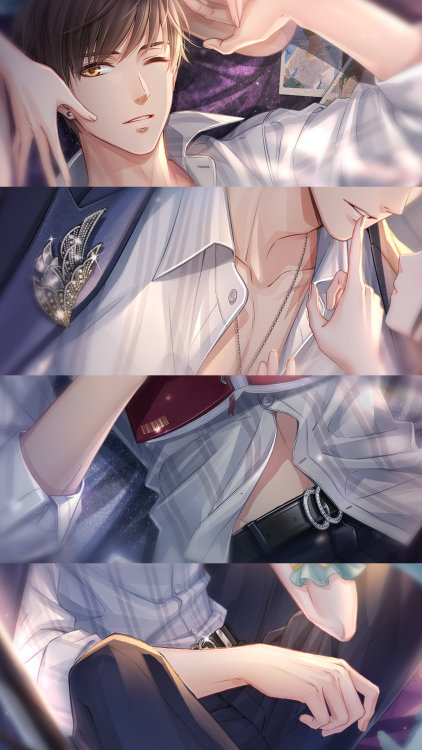 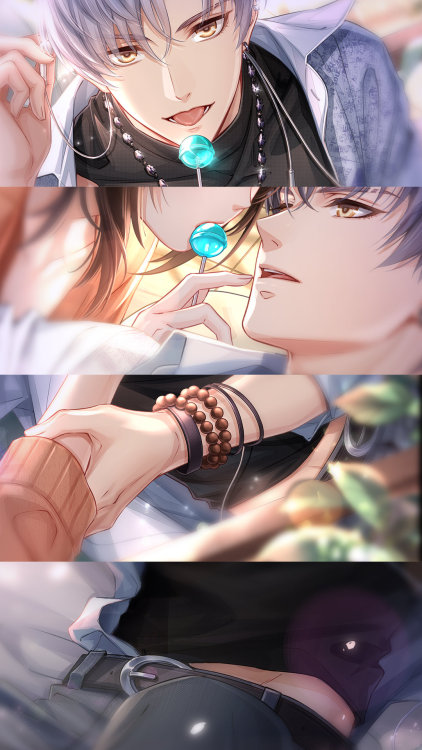 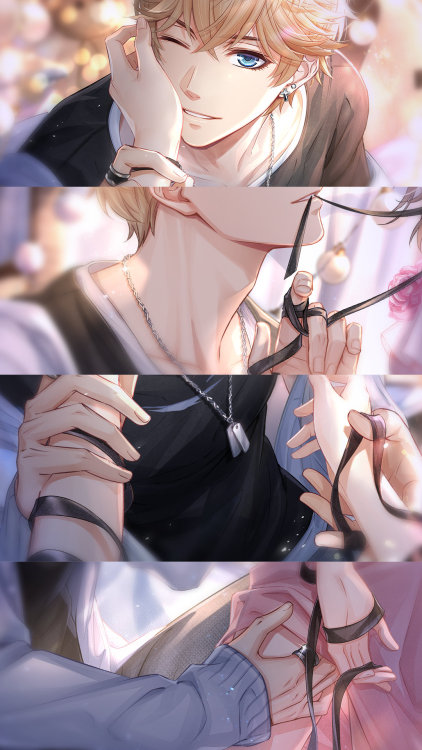 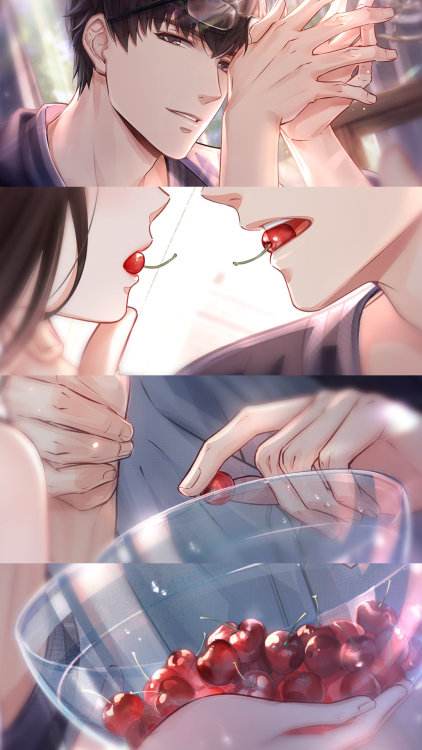 #mr love: queen's choice, #mlqc, #love and producer, #恋与制作人, #victor, #gavin, #ling xiao, #kiro, #lucien, #li zeyan
88 notes · See All
acrispyappleAnswer
Hi! What karmas are you most hyped to see come to the English server? If you don’t play on the English server, what’s your fave karma/date not currently released on the English server? Have a great day! (PS @ the anon asking about big log, it was a translation error in the date when victor comments on the wrapping paper mc uses for his gift and I think they updated it to be shiba inu wrapping paper~)

heya! i thought my spam would’ve made it known i play the en version haha. anyway, the ones below are what i’m looking forward to the most! as for the dates i really want to get, the shopping one and the hot pool kiss one! i already know the what happens in the dates but i’m still hyped to get it in en! (°▽°)

re: big log– thanks! it was most likely already been fixed when i went to check ♡

the one above is supposed to be a freebie! ♪

Eek, my first fic. This is so exciting! Let’s get right to it then!

The feeling was numbing at first. The roar of the crowd has dulled down to a soft white noise as blood pumped viciously into your neck, into your face, your ears…

It echoed hollowly in your head. You had lost. In the finals, in the one of the most important fights of your life. It would have turned your whole life around, it would have made everything better. And you lost. You lost against them.

They looked at you across the field, their eyes alight with excitement, anticipation and… was that regret you saw? Or pity? Regardless, it somehow made you feel even smaller than before. Did they really feel sorry for you? Because you lost? Or maybe it was because there was no possible way you could have won. It had been a completely onesided battle, after all. It most defintely has not been your side.

They were stepping up to you now and you shuddered, nothing coming out of your mouth but a simple, “you won.” You reach for their hand to shake, hot tears swelling up in your eyes, threatening to overflow and humiliate you on live television. They grasp your hand, looking at you with piercing eyes.

Something in you broke. You briefly shake their hand, choking out your congratulations before hurrying away. The tears were coming and you couldn’t stop them. They fell nonstop down your burning face, mocking you as they reminder you how little control you have of the situation.

You had barely reached the locker room before you broke down completely, gut-wrenching sobs and apologies spewing from your mouth as you imagined how disappointed your parents would be. You had left promising to return as champion; it would have paid off all your parents debts, all your schooling - it would have fixed everything!

How could you return home now, knowing you let your whole family down? That you had failed them when they needed it most?

You curled up on the bench as you wallowed in your failure. It was all you could do as the burning weight of defeat settled into your chest.

I’m sorry. I’m so sorry Mom, Dad. I couldn’t do it, I couldn’t follow through. Please, I’m sorry…

Their arms wrapped around you out of nowhere, pulling your startled form into their chest. You could almost swear you could hear tears in their voice as they bury their head into your hair. Shivering, you lean back into their embrace and surrender yourself to them. And, almost in response, the ache in your chest dulled slightly.

“Don’t be,” your voice was shaky but sure somehow already knowing what you were saying before you said it. “If anybody was going to beat me tonight… I’m glad it was you.”

One day you’d tell them they held your heart but right now you were content with enjoying this - whatever “this” was. And besides… whose to say that you might not get money in a whole different way? Maybe, just maybe, by marrying the new champion…

Well, once they became champion, that is.

more under the cut! 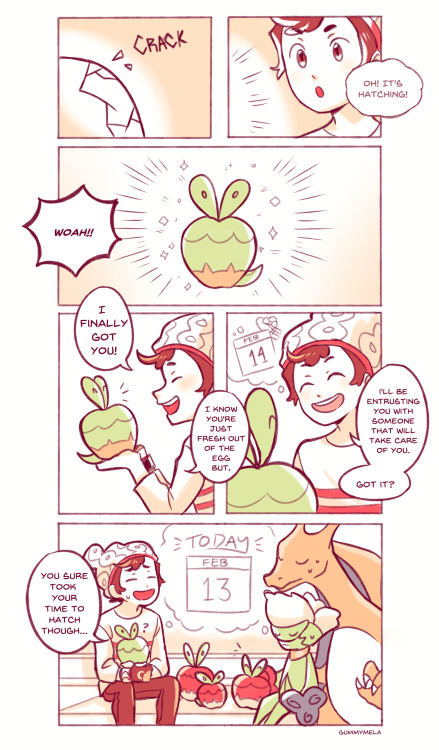 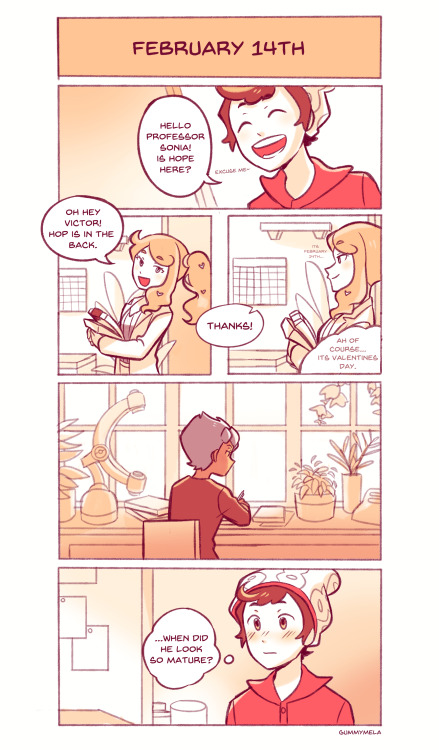 From all the 4 chibis I made from MLQC, the most popular being shared and liked is Gavin.

Where are the Victor stance here? Am I not tapping the right audience for my Victor? 😂😂 (this is a joke lol)

I’m just happy some likes my chibis~ So I’m going to share the gifs a friend of mine created using the ones I made. Hope you all like it as much as I like it. I really felt happy seeing things created by followers and friends who enjoys my art. 😊

I have returned with more Discord memes. The last one was from my boyfriend, haha 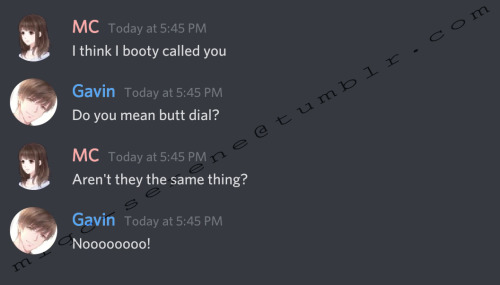 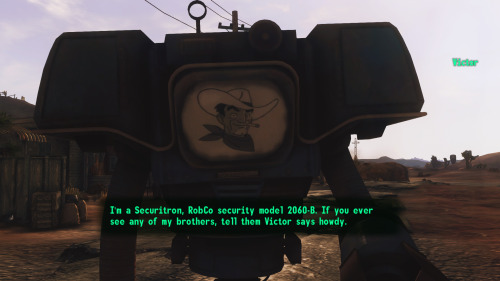 Victor, surrounded by cats in a casual outfit:

A sweet Victuri transparent. Feel free to use with credit ❤

#yoi, #yuri on ice, #victuri, #victuuri, #vikturi, #viktuuri, #yuuri, #victor, #transparents, #my edit
44 notes · See All
memorial-auAnswer
Your human version of Black Hat... Damn... Just, like is the only design of human black hat that makes me wanna waggle my brows and go helllooo gremlin Coughs Gets smacked over the head >>

Victor: I can tell somebody missed me~

#victor, #black hat, #victor hat, #villainous, #asks, #answers and asks, #memorial au, #the past au
24 notes · See All
thebrandingsAnswer
The characters as the cinammon roll meme?? (You know the one, looks like a cinammon roll, actually a cinammon roll etc etc)

Looks like they could kill you but is actually a cinnamon roll:

Looks like a cinnamon roll but could actually kill you:

Looks like they could kill you and could actually kill you:

(Bede is hitting Victor with pillows)