Would Yurio or Otabek be on top? Like they both have pretty strong top energy- 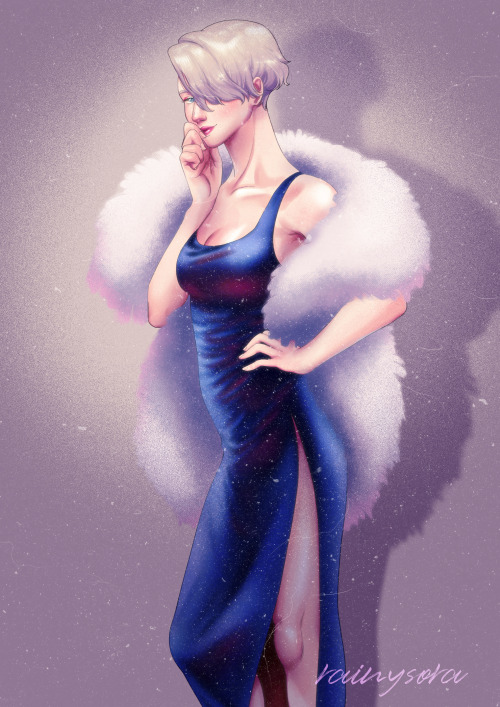 “Really?” Yuuri perked at the words, his eyes carrying that treasure Viktor just saw for first time. Without hesitation, he climbed on Victor’s lap, almost overly enthusiastic in a way Victor found absolutely adorable. Seated firmly atop Victor’s thighs once more, he let his fingers play at the corners of Victor’s eyes as he leaned in. “What is it that you want, Victor Nikiforov? I can give you any desire. I just have to know what it is.”

Chapter 2 can be found here: 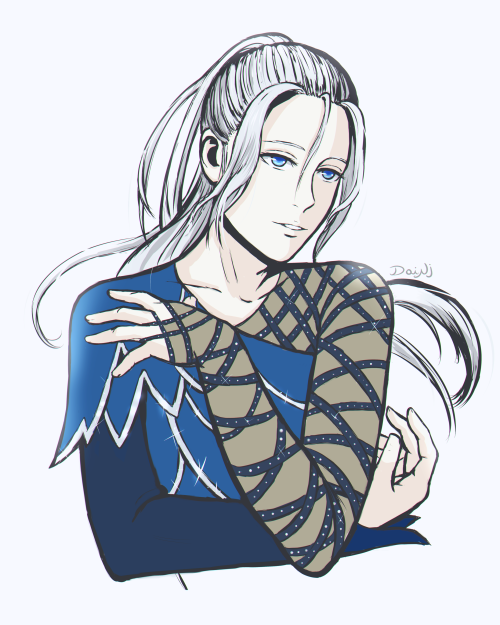 Found inspo on @squaddraw and I had to instantly do this.

Yuri!!! On Ice (2016)
“He never fails to surprise me. Ever since I first saw his skating, it’s been a never-ending chain of surprises.”

and just because, while he sings it, Christophe hops on stage and does the ad libs and the dancing

‘Focus, Yuuri,’ he murmured in his ear, closer than ever. ‘Tell me about the wine.’

No one asked for this but what the hell. Part 2.

When I open my eyes again I see that my girl is still laying in her stop beside me on the couch, although she’s awake now, I pet her head and sit up cracking my neck and back rubbint my eyes. I look around and it’s dark all around my appaetment and since I didn’t turn any lights on when I got home I make the smart call and assume that it’s night time. “Good job Victor you know what darkness outside means.” I rub my eyes again and pet Makachiin some more giving her a kiss on the head. “My good girl” Then I feel my phone vibrate, which isn’t out of the ordinary but it is pretty late. I check it and my phone screen is completely filled with notifications either from Twitter, Instagram or text messages, “Ok I know I’m populare but damn.” Since Chris was the one blowing up my text messages I decide to give him a call.

“Ew, you called instead of text.” I roll my eyes and smile a bit from his whining, “And hello to you as well. Now, what is all this about?” He gasped and his voice got about a whole octave higher and his pacing picked up quite a bit, “How do you know everyone I know has seen it already! Plus I’m sure your dms are full by now.” I give anothet small eye roll, “They’re always full, now tell me already.” He gave a small chuckleat my comment “You know the boy at the banquet that was all over you?” I could hear in his voice the smirk on his face “And if I’m not mistaken he also asked you to be his coach right?” I could feel my face burn and my heart lung out of my chest like I was back in high school and my crush looked at me, “Yes of course I do.” He gave a small laugh, “Well apparently he’s a really big fan of yours, everyone is going crazy over a video of him skating your last year’s program, and he’s really good.” I covered my mouth so the squeal that I let out wasn’t audible to him and imminently hung up on him. I opened up Youtube and slowly typed in his name, making sure not to mess up the order of the s and the t like I always do and I hit enter. There it was, it was posted under a channel called YuukoNishigori3 and it had a thumbnail of him on it, I took a deel breath and clicked on the video. Watching it I had a huge smile on my face and I can’t believe it but I squealed every time he landed a jump, his spins were perfect, amd although he wasn’t in costume and there wasn’t any music it was still beautiful. The video ended and my phone lay in my hand as I stared at it, there was a huge smile plastered on my face. “Makkachiin, he took his time to learn my routine perfectly, I can’t believe it, that was such an amazing performance, he was doing facial expressions and everything, and the music wasn’t even playing!”

I opened my eyes wide and stared at my phone again, “He did my gold medal-winning performance without a costume or music and did it perfectly.” I started the video again and sat on the couch paying very close attention this time, every detail was there, even his facial expressions. I went and got my laptop and put one of my practice videos on at the same time and looked back and forth from my performance and his, it was perfect, completely perfect. “If he can do a performance like this how come he came in 6th at the GPF?” my eyebrows furrowed and I played the video again, this time I played the music that goes with it from my laptop, everything was in sync too, nothing was off. “Why in the hell wasn’t he in the top 3?”

I spent the rest of the night taking notes on his performance of my piece, which were only positive, there truly was nothing he did wrong, even his landings were timed perfectly, I have to show someone this to prove I’m not crazy, so I head out to the training rink and ask Mila for her opinion. “What do you mean have I seen the video? Of course I have, everyone has, your little banquet boy is quite the fan isn’t he?” Again my cheeks began to flush, I can’t help it whenever someone mentions him or I think about him my cheeks light up like the lights on a Christmas tree. “Well, what do you think of the performance?” She nodded her head a lot and giggled a bit too, “Well, that handsome little man is quite the copy cat, from seeing you practice it looks the same to me.” I got upset for some reason when I heard the word ‘handsome’ come out of her mouth, of course, she was right he is a thing kf beauty but I don’t want anyone else saying that. “Right, I reviewed it over and over again and I couldn’t find a single thing wrong with it see.” I opened up my notebook and showed her all of my notes, “Well, Victor I don’t want to assume anything but I think someone has a little crush, and it isn’t this Yuri boy either.”

“Awe our little Victor does have a crush that’s adorable. What’s his full name? I’ll send him a text and get to know him for you.” I suddenly jumped and stole her phone from her hands, my cheeks were om fire and I couldn’t stop my heary from beating faster. “You will do no such thing!” The other two that were skating stopped and looked over at us, Mila took her phone back from my hands and put it in her pocket. “Sure thing.” Before I even knew what hit me Yuri was standing in front of me with that mean look on his face as always. “What are you and this hag talking about?” I shook my head and tried to clear my thoughts and get my composer, “Well, it doesn’t have anything to do with you so why should you care?” I walked past him to go talk to Yakov, behind me all I could hear was an angry Yuri saying “What the fuck?”

This is all I’m going to post for now. Let me know if you like this story and I’ll keep it updated on here. Send me a chat if you want to learn more about it. 😁

Imagine Yuuri and Viktor skating to this? I think I’d have heart palpations 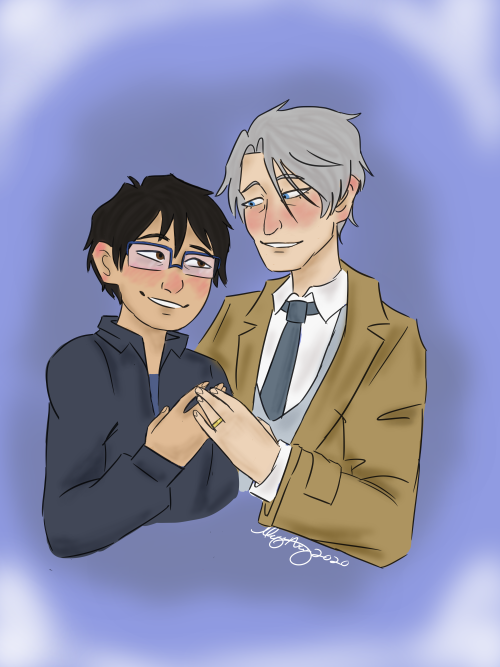 After a very long, unintended, hiatus, I have finally updated my YOI/SAO crossover story.

Summary:  In the Death Game of Sword Art Online, lives are as fragile as ice, and shatter as easily as glass.

Katsuki Yuuri got one of the 10,000 copies of Sword Art Online when he was 20 years old, just as his senior skating career was taking off. He logged on to Sword Art Online on November 6, 2022 to play with his friend, Tsuboi Ryoutarou. And his struggle began, to stay alive and clear Sword Art Online as part of the Fuurinkazan guild.

Yuuri’s life will never be the same.

It has been a while, show off in progress Chibis design. Almost done ! Just need a few details