jadafacer: hello hello 🐞 it feels a little like spring this morning! 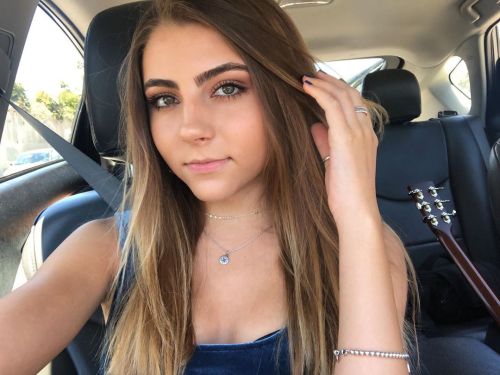 THE LINK FOR THE FULL VIDEO IS IN MY INSTAGRAM BIO (And right here for all other platforms–> https://youtu.be/txVbIZHHVN8

Request: Ooh how about a David angst where reader lives in NYC and David lives in LA and he’s trying to convince her to move but she won’t because she loves NYC Too much. Break up? Idk ur choice

It’s been two years since I started dating the famous vlogger, David Dobrik. His fans were shocked since I’m not famous on any platform, but they were pretty supportive. I feared hate comments or threats, but none came. David had assured me a safe place on his channel where I wouldn’t have to worry.

I slide on the ‘answer’ button, picking up David’s call. The first thing I hear is giggling in the background. Most likely Todd.
“Y/n!” David shouts cheerfully. I smile to myself. He’s always happy to hear my voice.
“David!” I copy his voice. He laughs, giving me butterflies.
“I got a new house down in LA just for us!” My heart falls to the floor.
“David, I’m still unsure about moving.” I sigh. My heart belongs in New York. Where the people are strange and the food is stranger.
“Y/n, you’ve been saying that for months. At some point I’m going to need an answer.” The joy leaves his voice and I realize a fight is about to begin.
“I know, but just not now.” I fidget with my sleeve, not wanting to end on a bad note.
“When? I’ve been waiting for so long.”
“I know and I appreciate that, but I’m not ready.” I explain. I hear a grunt in the background, causing me to recoil. “I just need more time.”
“I can’t wait any longer.” His words slam into my chest, “I’m done ignoring girls who want to flirt by telling them my girlfriend lives in New York.” He whines.
“I’m sorry, but this is my home!” I defend, “I can’t just leave it!”
“Y/n, it’s embarrassing.”
“What is?”
“Saying my girlfriend is thousands of miles away.” He huffs. I clench my jaw.
“You think it’s embarrassing?” I allow my walls to grow above me.
“Yes.” He grumbles.
“Then consider yourself single.” I bark, hanging up as quickly as possible. I’d rather die than have a boyfriend who is embarrassed of me.

Renae’s Recap #12: 2nd Week of the 2nd Semester of my 2nd Year in 2020 | Renae’s Corner Finally, kicking off the spring semester! Be sure to watch this in 1080p!!! Loving the tunes ♫ - Blue Nude by Verified Picasso in the Youtube Audio Library! **Also if you have cute jazz/funk/hip-hop music or beats that you would like to me use please email me: renaescorner@gmail.com  LINKS: Social Media - https://ift.tt/2oimTPz Amazon Wish List - https://ift.tt/2JgHxMh Be sure to LIKE, COMMENT, SUBSCRIBE & SHARE.     Peace and Love,     Renae :)   iMovie, clinical psychology, grad school, phd programs, phd grad school, grad school tips, grad school life, clinical psychology phd, clinical psychology student, by Renae’s Corner

Live now with half life 2. MMod spice things up a bit.

Check out some of my Parity Check Merch. It’s cool merch and it helps the channel: https://ift.tt/2sioVqQ

Help Us Out:
Support Us by using our Amazon link: https://amzn.to/39UAghw
I hope if you are interested in this series of videos you will subscribe and support me via Patreon https://ift.tt/2gw787N

Episode Rewind #112
.
.
EP 112 that is published in  20.05.2019
.
Until we restart the new posts with videos and pictures from the new season I will publish a series of 11 videos from the first episodes of ‘19 season which were published on my old account which doesn’t exist anymore!
.
For more info about this trail check #trailforks and watch #Episode 112 on my YouTube channel and dont forget to subscribe!
.
.
#trailforks #pinkbike #gopro #gopromtb #pov #povids #vlogger #videooftheday #mountainbike #freeridemtb #mtb #dh #tgrlivethedream #mountainbiking #bikelife #manualmnday #5minchallenge #mtbmag #ride661 #mtblifestyle #ridenowsleeplater #ridegiant #downhilllife #downhillmountainbiking #downhillbike #downhillmountainbike #downhill24 (at Burimas, Tiranë, Albania)
https://www.instagram.com/p/B88f4ovntQy/?igshid=1litsoz8r6ja

So I know I haven’t been on here in a while. But I’ve been working on something. Tell me what y’all think.

Since I cook all the damn time, I decided to create a channel on what I do and eat in a day. Sort of? Lol. I haven’t bought a decent camera yet so I’m just using my phone right now but I think it’s still worth your time if you’re bored and looking for something to waste your precious time on. Lol. Like and Subscribe! ✨😏❤️