Looking at bringing back features of an old style and trying a new eye style??

Art/Character are for my use only!

i think he’s a queen like how Daisy is kinda…?

he doesn’t want to fight but doesn’t want to be useless, so he helps the kits! he has med cat vibes but he wants to be a dad one day so he’s like “nah i will help here :)”

he has a collar because i think he was a kittypet, then in bloodclan, THEN I’m riverclan!

also i LOVE dilute torties so much they are all perfect

i will prolly do more of these because i like them a lot!!!

im not sure if we’re spossed to tag u but

Wow tablets are surprisingly hard when you’re not used to using them. I should redraw this traditionally and look at the difference. But, like, later. I didn’t put a whole shit ton of effort into this, but I’m working on not beating myself up about my art. Even though I feel like I should be better than I am by virtue of age (it’s ridiculous but that’s a mentality I have).

Anyway though I’ve fallen hard back into warriors so here’s an obligatory self-insert. Their name is Sunspot and they’re from Windclan. They could be a great warrior but they’re a legal liability in battle (They don’t have an ounce of honor in them when it comes to fighting.) and they could be a great medicine cat but they’re a little too squeamish, so they help out wherever possible. They are a gifted hunter though. 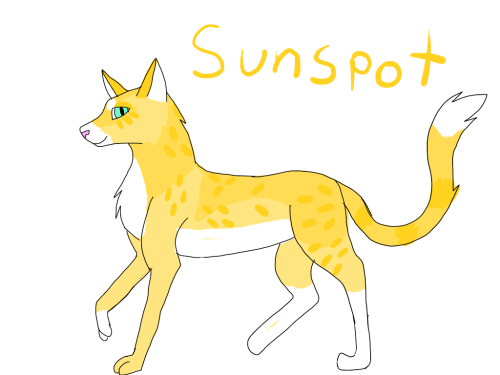 #warrior cats, #warriors oc, #wc oc, #next on the agenda: draw again but with a reference this time
0 notes · See All
gaykittiesandmeText

Buckpaw!!! Still in need of an rp group or partner!!! They have more of a character developed now, but they still have a lot of room to grow.

if you know anything about my falling stars au (which i explained in another post),, you’ll know yonderpaw’s best friend is this big boii right here 😔😔👌

i like to think he’s ace? bc aces need representation and nimbuspaw is just that sort of guy who’s down to hold your paw and love you enough for the world, you feel me? also when meduna and yonderpaw leave the clans to find the rest of the chosen ones, nimbuspaw goes with him bc bro code says you can’t just let your bro go off with some lady to help revive some flower, y’know? 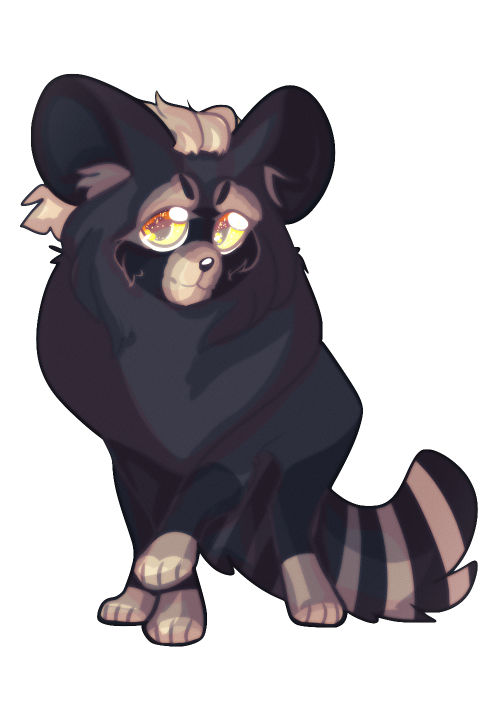 #sham's art, #shamsbabs, #iliana, #misty, #shadowstar, #starlit midnight, #fufufu, #i felt like doodling Iliana's beta designs again from memory, #they're pretty cute actually even if they're simple from the mind of a lesser anime nerd, #and i redesigned misty for the first time in a long time, #which is new for me, #kingdom hearts oc, #sonic oc, #mlp oc, #warriors oc, #sgt. frog oc, #notebook doodles, #sketchbook doodles
4 notes · See All
trishunahatesohioText

I imagine that she was born with pure black fur, but as she got older, more rust color grew into her pelt. She originally trained as a medicine cat. 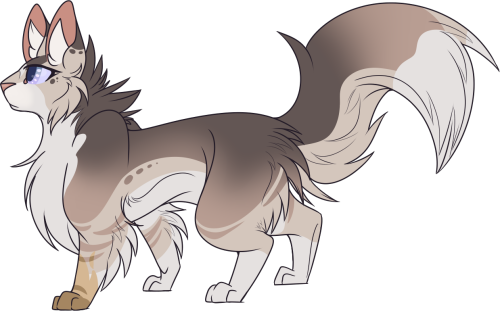 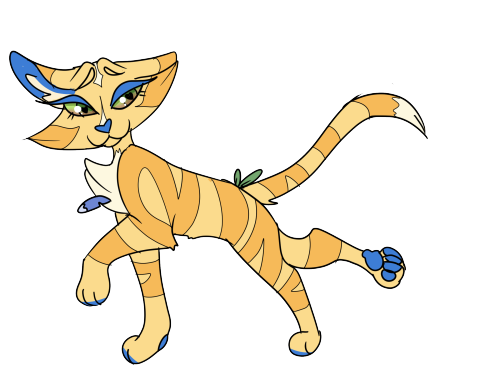 had to draw them again bc they?? leave me speechless?? and i love them??

in all seriousness, i’ve put together an au which revolves a bit around greek myth since i’ve spent much of my time researching it, and thought it’d be interesting to think outside of the warriors “box” where conflict normally exists with cats inside the clans rather than cats who’re outside the clans

and that’s why, when an outsider named meduna comes before the clans, and stirs uproar at the gathering, with her riddles and enigmas, perhaps some of her words makes sense to the medicine cats, who welcome her as their prophet

it doesn’t make much sense to yonderpaw, who’s only been an apprentice under riverclan’s guidance for nine moons, especially when meduna takes interest in him, and his albinism, claiming he’s the incarnation of asphodel; which is the white flower of eternity she nurtured along with her sisters to maintain life and all that is contained in it

“nurture and nature,” murmured meduna, “we nurture life and nature smites it,”

meduna later reveals one of her sisters, pandora, had stolen the flower prior to these events, and with only one of its petals, karma (the third sister), divided its blessings among the lands, with yonderpaw being one of the chosen ones

meduna then tells the apprentice that they needed to find the two others, albino just like him, to revive the asphodel flower, before time runs out, and nurture fails nature

yonderpaw leaves the clans with her, but nimbuspaw, one of his clanmates, follows after them, and yonderpaw convinces meduna to let him stay as they continue their journey into the unknown, with many dangers awaiting them and even the fate of the clans who depend entirely on them 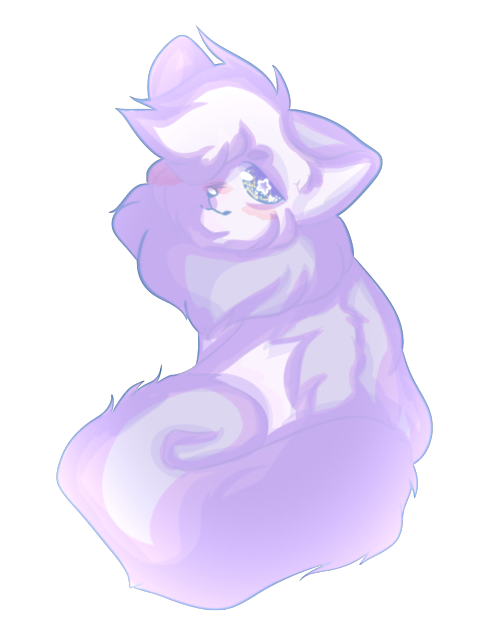 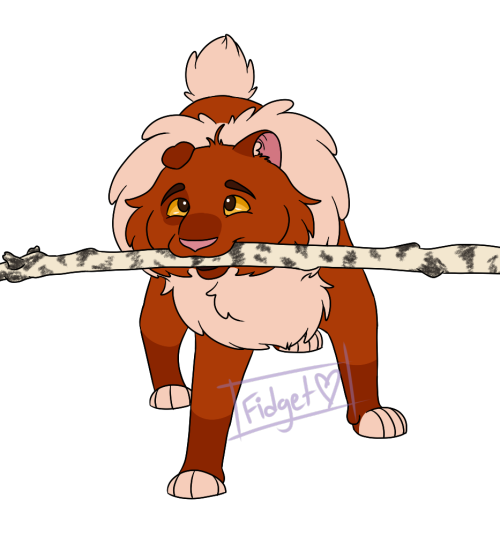 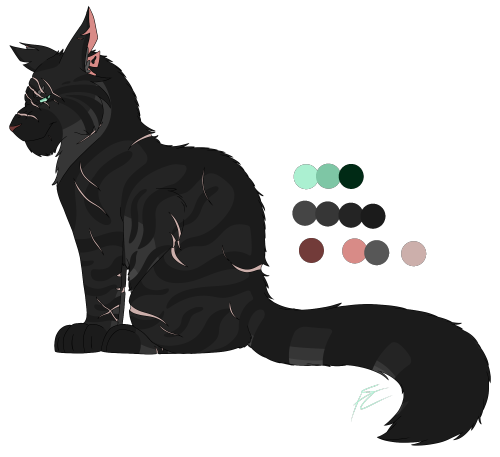 This takes place a few days after Snow arrives in Meadowclan. Since he is still a kit, he becomes fostered by Eagleflight’s mate Pinestripe and grew up with their kits Redkit, Tigerkit, and Fawnkit. 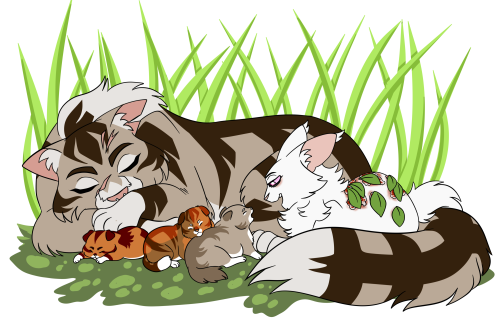 can you see my fangs? 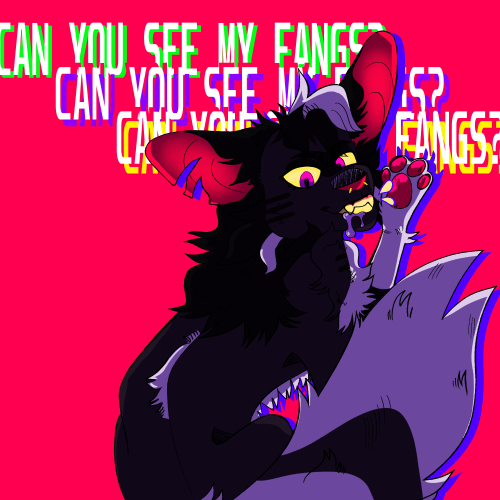 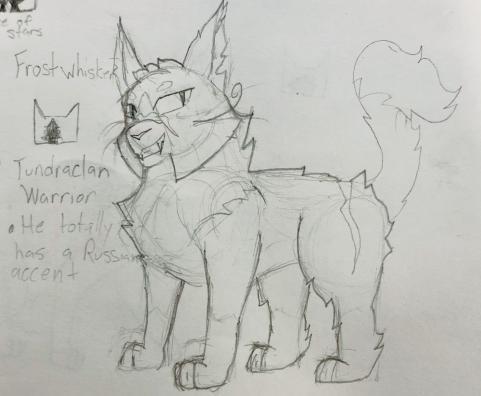 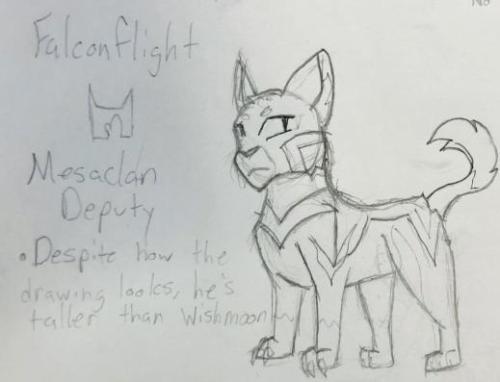 Drew this a month ago. Really love this cutie, he’s adorable.

Hail - Lavenderfrost’s dad. Big hard outside with a warm soft inside.