Legumes: A quick and easy switch to improve your diet

-You must eat everyday 🍌

-Engage your body and muscles daily 💪🏼

I love rules 💕 30 days. My personal goal is 🙊 pounds. Safety first 😊 it is very important to keep the metabolism functioning well! 🐞

Excessive weight is one of the most common problems today. Unhealthy and junk eating, lack of regular exercise, smoking and drinking have caused millions of people to put on weight. Moreover, being overweight is associated with so many other serious conditions such as heart problems, blood sugar, and other immunity issues. Therefore, Herbal Hills has created the unique Trimohills Syrup for Weight Loss (Weight Loss Syrup). Due to their natural herbs and no side effects, our weight loss shots are gaining wide popularity. Trimohills Herbal Shots: http://bit.ly/trimohills-syrup Website: https://www.herbalhillsprime.com Follow us on: Facebook: https://www.facebook.com/herbalhillsp… Instagram: https://www.instagram.com/herbalhills… Twitter: https://twitter.com/herbalhillprime

Take back the control of your health now.Consult an ESG expert now and work on healthier tomorrow. Call - 6232012343 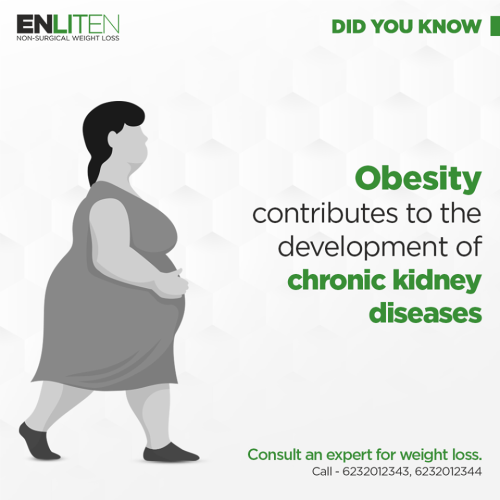 so I know people don’t really care about me on here (not in a bad way, just in a I’m not gonna get people coming at me like is everything okay, which is good bc I don’t want that)

but basically I’m gonna start going to the gym and taking weight loss seriously, and I’m not about to thinspo or anything bc that’s a lot even for me (even though my goal is to lose 50lbs by may)

and since people aren’t that active on here like it used to be, I’m gonna use this as a way to keep myself motivated and entertained and I’m probably gonna post updated on here bc it’s important to me (realistically I’m not gonna update bc I always say I am and I never do)

- why do you really want to lose weight? are you doing it for you? ♡

ever since i was 12 i struggled with body issues. i know that i have a healthy bmi but every time i look into the mirror i just see fat. and i really need to change that. i’m tired of crying in changing rooms, because my fat just spills through the clothes i want. so yes, i’m doing it for myself.

There’s so many things I love, and yes, I said LOVE 💕 about my challenge group. But let me make this simple for you.


How could you not love a group of 26+ women coming together for one common goal? Empowerment. Every day, each of these amazing women post about their struggles that they’ve overcome, their accomplishments, their ideas, and suggestions. It’s filled with positivity, love, appreciation, and encouragement. I am never alone.


These women show up every. single. day. Regardless of their busy work days or personal lives and it blows 💥 my mind. Without them, I wouldn’t have lost all the weight that I’ve lost in such a short period of time. They’ve kept me accountable, they’ve kept me encouraged, and most importantly they’ve become my tribe. 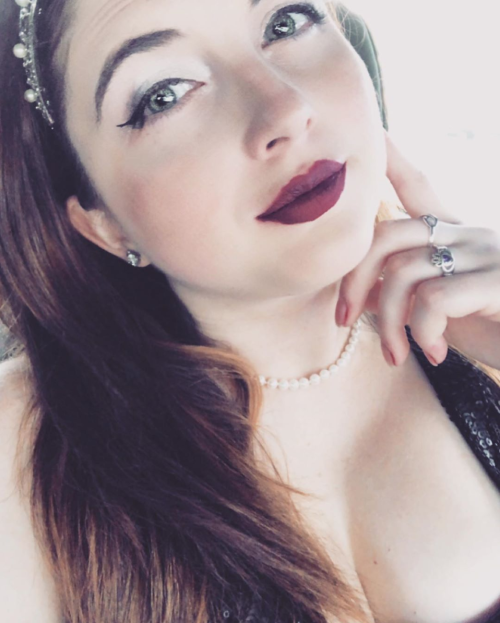 I was raised in a loving upper middle class home of course I have an eating disorder what else would I have. A personality???

oh my goooood i wish i had legs like the girl on the right :/

My breakfast this morning getting back into the swing of things 😋

Tonight was cardio night, I did a straight hour of the stair climber for the first time ever! (Pic was taken during the cool down) did over 3,300 steps which was about 210 floors climbed! I was dripping with sweat but felt amazing and burned 800 calories!

How do I get this friend of mine to stop taking us to wing stop? Genuine question, leave me some tips please.

Guess that’s all I get to fucking eat today.

Bully me if you’d like to, I know I’m fat and ugly.

I have a lot of work to do.

Well, I’m happy that I’m not gaining but I’m not losing either. I need to structure a bit more I think but calorie counting absolutely doesn’t work for my brain. If anyone has any advice I’d appreciate! Healthy and sustainable please

might go to the bathroom and then work out in my room despite being lowkey exchausted from walking around with my pals like,, all day
maybe do some dancing
yea
dancing to crystal castles and crim3s is vvvvvvvvvvvvvvvvvv good

Oh man, I feel a long winded post coming. I have so many things I’ve been processing in my mind, and I think I’ve come up with how I feel about them, and now want to regurgitate it to the masses so I can move on.

To start, I’ve been seeing so many things on ‘diet culture’ and quite frankly, it kind of pisses me off. I for one, do not think it’s ‘diet culture’ to try and eat healthfully and exercise. Chatting about it with likeminded individuals is part of free speech. It’s socially shifted that if you do try to take care of yourself and mention it to someone, you are ‘fat shaming’ and that’s BS. What I choose to do for myself, doesn’t concern you.

Medically speaking, I’m classified as obese. I’m going to share some accountability pics later in this post, because I don’t see myself as being obese, but our culture envelopes that ‘you should be fine however you’re comfortable’ and that’s not necessarily true. Being overweight has health consequences, maybe not at the current time, but it puts stress on your organs, so me trying to get to a more ‘ideal’ weight for my height, isn’t me being obsessed with my weight, it’s me trying to be healthy in my 70s both for my hubs and my future, the kids and for myself. High blood pressure, diabetes, increased risk of cancer and stroke…. if I can avoid these, im going to try, and also, I FEEL better when I make more health focused nutrition and cardio decisions for myself. Am I shaming anyone? No! I’m also not celebrating Lizzo, even though I think she’s confident and I admire that.

That being said, I don’t think of myself as obese like I mentioned, I like to term it ‘fluffy’ and I make excuses, but bottom line, I know I eat junk and don’t prioritize working out, and that’s why I’m bigger, not because ‘I’m comfortable where I am so deal with it.’ I’m beyond frustrated that despite fasting, doing my best to get in 2 runs and 2 yoga sessions a week, I often can’t, and as a result, I’ve been stuck at this same weight for a year. This isn’t me feeling sorry for myself as I’ve certainly made progress and I try to be gentle because I am a working mom of 2 young kids and I’m married and have a house, however, it is what it is and I’m going to keep trying. Not going backwards takes effort too!

***but, me talking about it, working on it, etc does not make me a part of ‘diet culture’ it makes me health conscious

Moving on, my flipping MIL. I don’t know where I last left off about that trick. Where we are now, is that they pretty much don’t have the kids at all. We pick them up, jamis is doing so much better in the after school program, burning off energy, and he’s better behaved out of that environment. Husband too, is in better spirits not having to see them 4 or more times per week. We’ve signed jamis up for a summer program that is active and educational, which means they won’t have him (my in-Laws) 5 days a week, and they are ‘devastated.’

My hubs is trying to meet them in the middle and takes the kids over for dinner on Tuesdays while I’m at yoga. The past couple weeks, she has told him, my husband, that she’s ‘disappointed’ in him for his decisions. All stemming around child care and raising. She doesn’t think he’s a good dad when he has the kids because he’s busy multitasking, she doesn’t think he’s a good dad when the kids are over at their house so that he can focus on other things. He’s talked to her about what disappointment means, and she assures him she knows what it means and that is how she feels. So I’ve told him, when she does that, to just say ok and change the subject. Well she continues to say it and it’s disrespectful to talk shit about us in front of our 5 year old a, and b, jamis thinks she’s mean, and doesn’t want to go over there because ‘she says mean things about my daddy.’

I’ve tried to talk to her and kindly steer her into healthy communication and if you’ve followed at all, you know this is long lived. Now, I’ve said to Chris, that if she pulls that shit again, tell her you’re disappointed in her, for trying to be emotionally manipulative and a harpy. For Pete’s sake. There’s nothing else to do except cut them out, and I really don’t want to do that, because I don’t want jamis to think he can do that to us one day, but it’s also not healthy for him to see us ok with them being completely disrespectful and down right hateful towards my husband. As a parent, I can’t understand it, at all. Chris works hard, he’s a family man whose only vice is taking pictures as a hobby. He isn’t a cheater, doesn’t drink, no drugs, isn’t out at all hours, And to top it off, she’s lost a kid, so more than anyone else, she should get how finite our days are and that we aren’t promised unlimited time with our loved ones. I feel like Bernie Mac saying ‘what gives America?’

I think to sum it up, I’ll ask about everyones opinions on 3rd row seating cars. With both of ours, we don’t have space for more than 5 people, and when you add in the car seats, really only the 4 of us comfortably. As Jamis is getting older, we realize that there are going to be times when he wants a friend to come, or we want to include a cousin, or whatever. With our current situation, we would have to take 2 cars. So, we have my Prius, which is great for my commute and won’t be going anywhere, or the outback, which is hubs, and he works local, and will be the one to trade in. I suggested the accent (?), the Subaru’s 3rd row option, because jeeps yeah not workable, the 4Runner is too big for the garage and gets shit gas mileage and he doesn’t like the highlander or minivans. What say you? Any experience or thoughts?

Back to positivity, I successfully fasted for 20 hours and did 30 minutes of fasted cardio. It was an awesome run, really hit my groove and I always feel like I should get extra credit when I workout on my lunch break… alas, that’s not a thing. Broke my fast with fried eggs over toast and sautéed mushrooms and it was SO AMAZINGLY DELICIOUS.

I think griping can be a way of life and I so don’t want to be that person, however here in Tumblr land, no one KNOWS me personally, so I can just air it out, and hopefully keep it sunshine and bubbles in my day to day grind.