#Repost @micro_creatures @download.ins
—
Copepod with eggs. Is not it a beauty? Fun facts: they don’t need heart or gills, but the neurons quality is up to par with the vertebrates. To jump away from predators and stalkers with microscopes. 80x .

The blue ground beetle is a species of ground beetle found in Europe. It is a large beetle (24–35 mm in length), with a metallic purple or blue and roughly surfaced elytra; the second pair of wings (which are used by beetles for flying) under the elytra are reduced. Carabus intricatus are nocturnal carnivores that are mainly active in the spring and early summer. In the wild, the adults are found under bark on dead wood, and under rocks. It does not require ground vegetation, and likes damp, rotten, moss-covered wood. 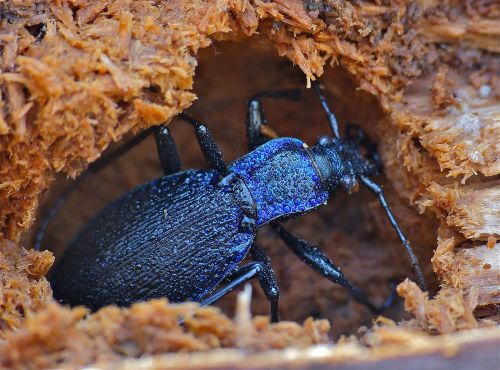 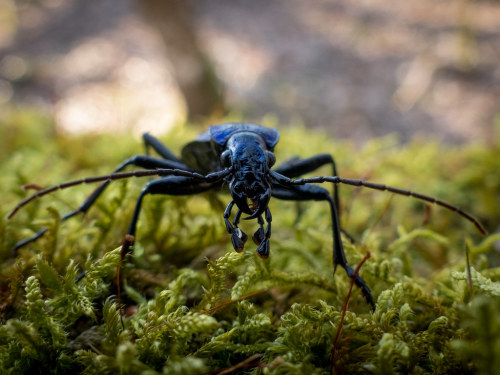 The honey badger is a mammal widely distributed in Africa, Southwest Asia, and the Indian subcontinent. Despite its name, the honey badger does not closely resemble other badger species; instead, it bears more anatomical similarities to weasels. It is primarily a carnivorous species and has few natural predators because of its thick skin, strength and ferocious defensive abilities. It is listed as the “world’s most fearless animal” in the 2002 edition of the Guinness Book of World Records. As of 2005, 12 subspecies are recognised as valid taxa. The honey badger is mostly solitary, but has also been sighted in Africa to hunt in pairs during the breeding season in May. It also uses old burrows of aardvark, warthog and termite mounds. It is a skilled digger, able to dig tunnels into hard ground in 10 minutes. These burrows usually have only one entry, are usually only 1–3 m long with a nesting chamber that is not lined with any bedding. The honey badger is notorious for its strength, ferocity and toughness. It is known to savagely and fearlessly attack almost any other species when escape is impossible, reportedly even repelling much larger predators such as lion and hyena. Bee stings, porcupine quills, and animal bites rarely penetrate their skin. The honey badger has the least specialised diet of the weasel family next to the wolverine. It accesses a large part of its food by digging it out of burrows. It favours honey and often searches for beehives. It is also feeds on insects, frogs, tortoises, turtles, lizards, rodents, snakes, birds and eggs. It also eats berries, roots and bulbs. 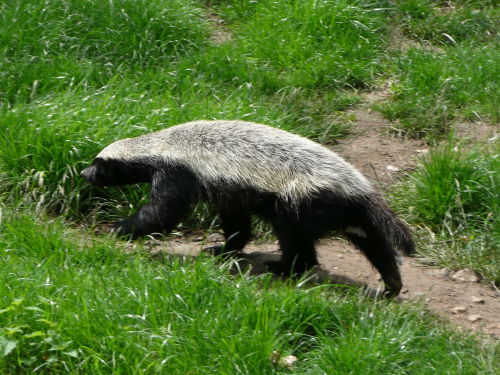 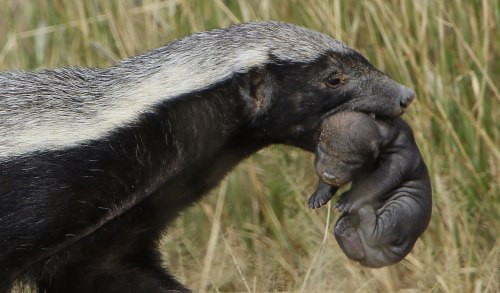 Snail stickers are sliming into my Etsy and shops around Chicago!!!

Update- they’re up on Etsy! www.etsy.com/shop/wormyorchidsart 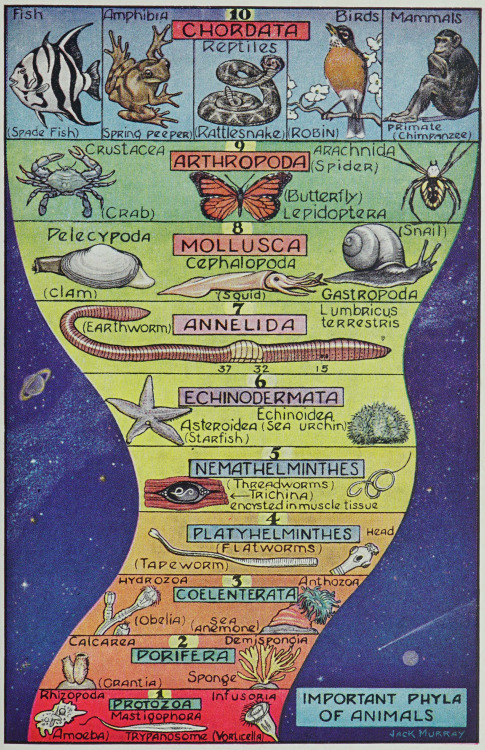 The Halloween pennant is a species of dragonfly in the family Libellulidae. It is native to eastern North America, including Ontario in Canada and the United States as far west as Colorado. Dragonflies of its genus perch at the tips of plants, waving in the breeze like pennants. This species is about 38 to 42 mm long. The Halloween pennant feeds on other insects. 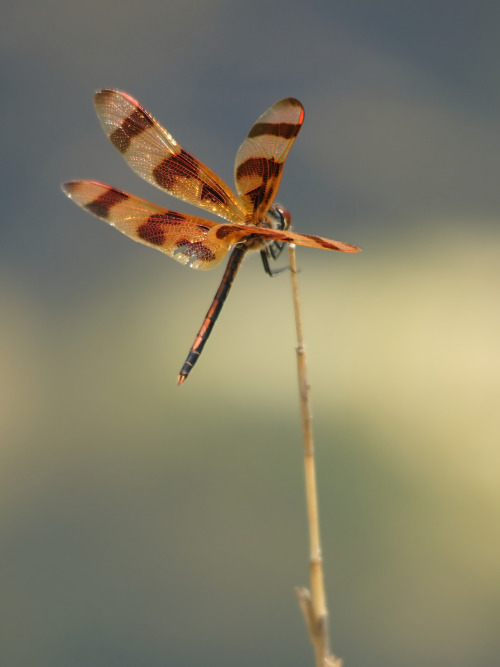 The Songhor Lagoon is shallow and brackish (more salinity than freshwater, but not as much as seawater).  It is located just west of the Volta River, and empties into the Atlantic Ocean on the Gold Coast of West Africa.  The region contains a variety of landforms and ecological niches, including mudflats, islands, open water, small streams, sandy beaches and salt pans.  Birds (including migratory birds) use it as an important stopping-over point, and several species of sea turtles live in the lagoon. 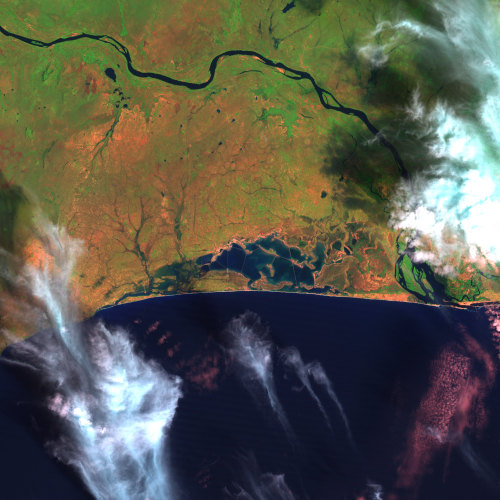 Spiny lobster feeding time! These guys are generally pole-fed since they’re scattered all over their exhibit, but a few have learned that they get fast and easy food delivery by waltzing right to up to the feeder. That being said, it becomes more of a drive-thru window when you’ve got other hangry lobsters behind you!

#Repost @my.microscopic.world @download.ins
—
A couple of days ago I took a moss sample from a tree and it was filled with tardigrades of different species, I counted at least six. This clip is a compilation of some of the different ones I found, can you tell them apart? There are around 1200 known species of tardigrade in the world divided on three classes, eutardigrada, heterotardigrada and mesotardigrada. The last class, mesotardigrada, only has one species which was found in Japan in 1937 but got destroyed by an earthquake so some say there are only two classes! In this clip you can see examples of both of these two classes.
.
This was as always filmed with my iPhone mounted on my microscope with a @ilabcam and the beautiful music was made by @derekmarquez1 .
.
If you would like to help me make more and better videos like this one, you can support me on patreon.com which would help me a lot! There is a link in my bio.
.
#mymicroscopictardigrade #tardigrade #waterbear #science #biology #microbiology #ecology #zoology #nature #animals #species #discovery #microscopic #microworld #labcam #shotoniphone #underthemicroscope #microscope #microscopy #darkfieldmicroscopy (at Urb Los Ficus - Santa Anita)
https://www.instagram.com/p/B7cVaOBJLBF/?igshid=18szlkb0rg284

Cyphonia trifida belongs to the family of Membracidae, the treehoppers. 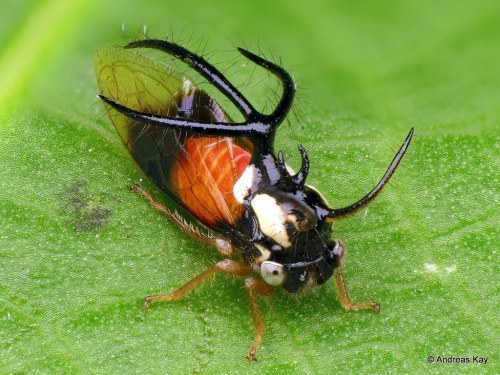 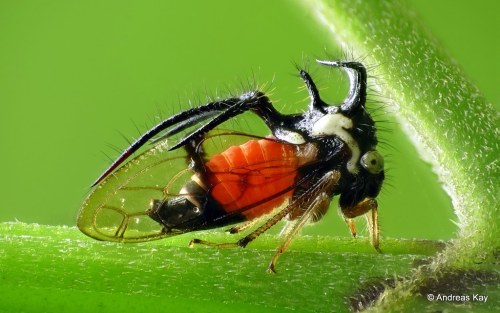 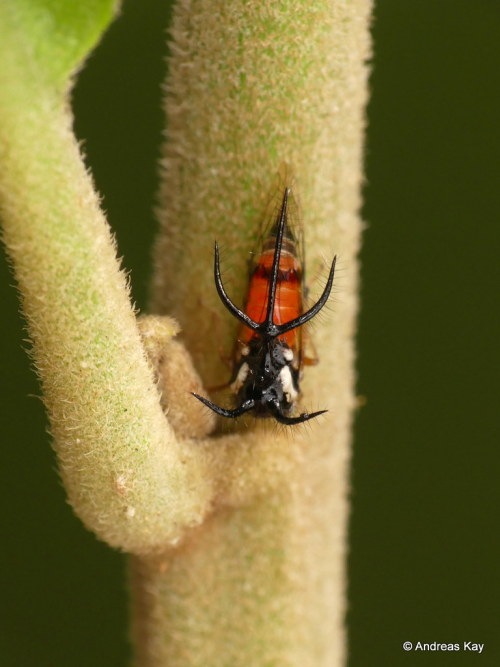 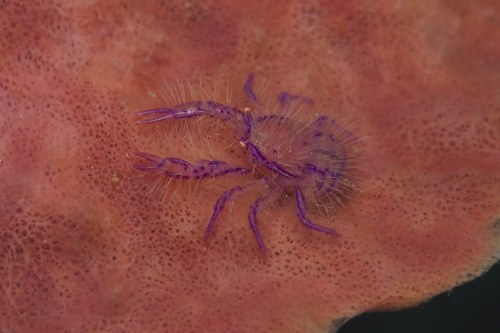