Cooks, gardens, and just wants a thatched roof cottage to call my own.

We looked inside some of the posts by whenindoubtdont and here's what we found interesting.

Don’t Be That Guy.

signal boosting the shit out of this

you can never NOT reblog this 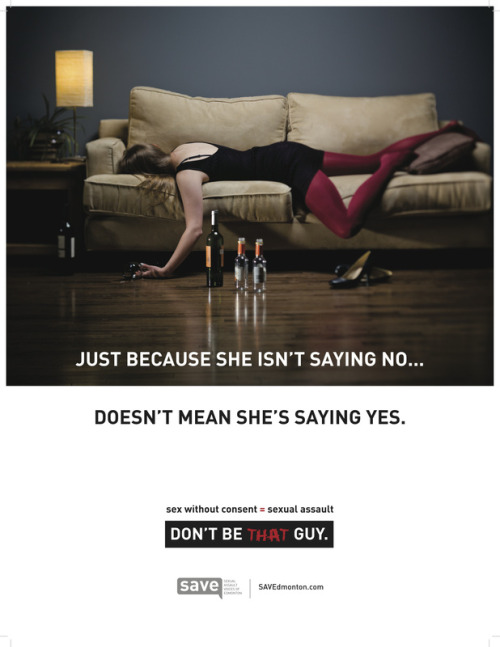 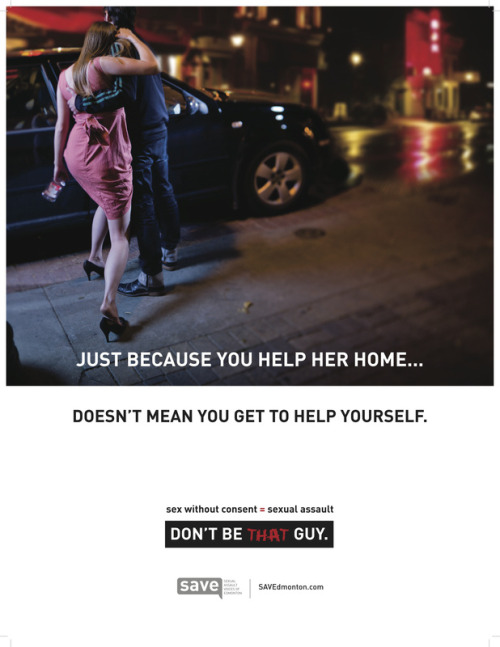 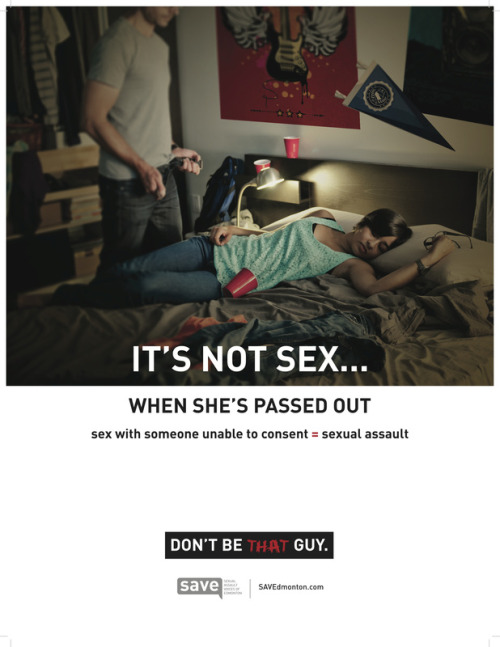 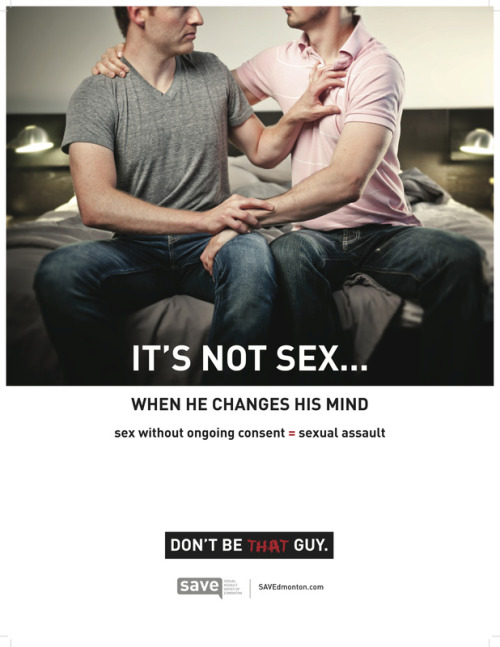 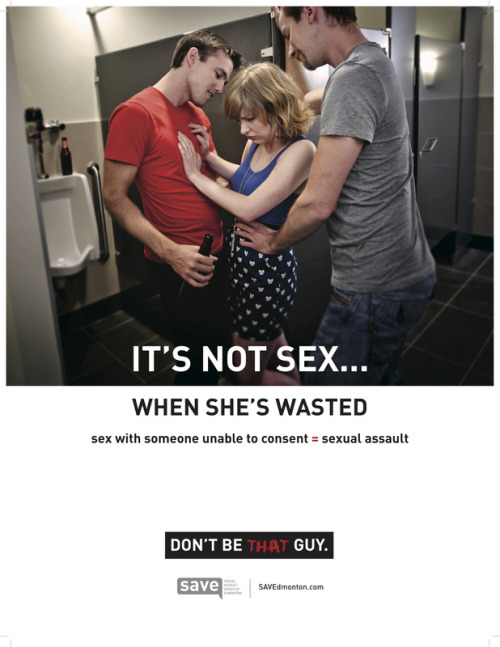 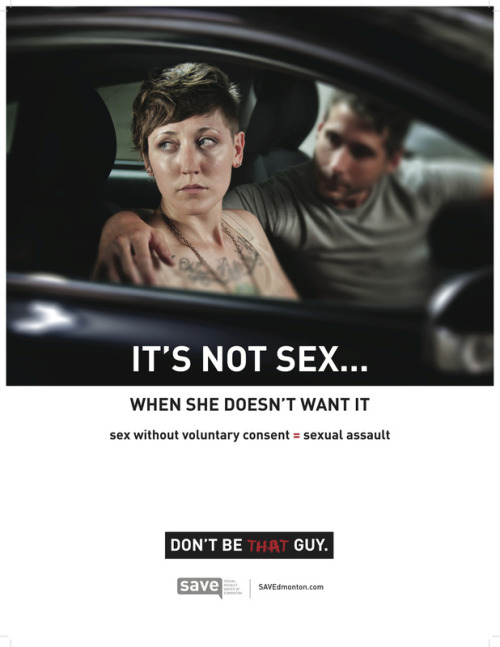 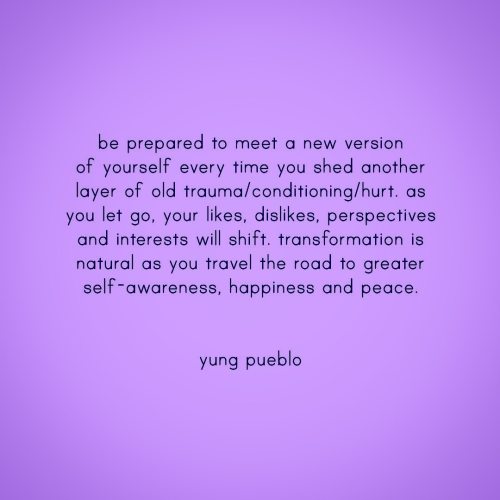 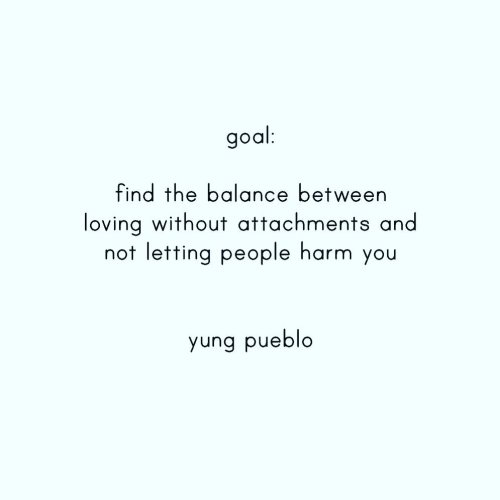 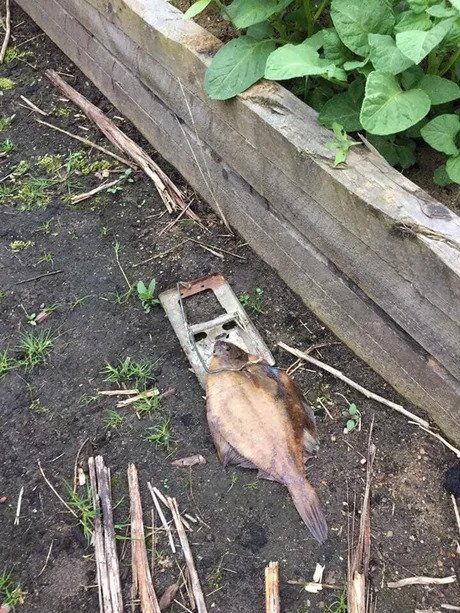 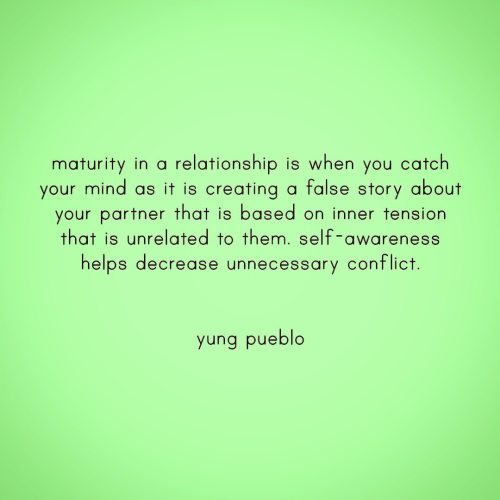 Dusty wants a husky and squirrels. Is that so much to ask?

I was walking through the toy aisle at Target when I found this thing and had a VIOLENT AND IMMEDIATE FLASHBACK to when JP first came out and they had a bunch of REALLY COOL T Rex toys that I would have sold one of my scrawny small-child limbs for but my mother wouldn’t get me one because they were “too violent and also ate people” :(

hnn I WANT IT SO BAD

on closer inspection, it makes a lot of really obnoxious noises and is also Too Expensive. BUT FEAR NOT I found this slightly smaller dude wedged in the back!

IT HAS BITE ACTION, AND THAT’S THE ONLY THING THAT MATTERS

now we enter the testing phase

Can we take a moment to appreciate that we can use this as a rosetta stone to say “EXTREME CHOMPIN’ “ in four languages?

OH SHIT YOU’RE RIGHT, let me check the garbage to see if it’s still there! hopefully I didn’t destroy it in my excitement

update update: I re-sized her collar and found a bag of toy bones at the craft store. I haven’t put this much effort into a non-school thing since my last job search, help

(secret bonus: the other side of her tag)

I saw that people are reblogging the thread again, so I thought I’d give you all an update on how Wexter is doing!

Wexter And The Case Of Her Continuing Marvelously Naughty Garden Adventures

so it’s come to my attention that at some point this weekend Wexter blew past 100,000 notes, and I for one think that’s very cash money of her.

it’s been a few weeks, I suppose we should check up on the AHSGSHGAFB?!

Oh no! If she stays in the snow she’ll be cold!

she has a scarf now so it’s fine

@bunjywunjy can u get her cute lil snow booties?? 🥾

yanno those white noise sites like rainymood.com or the cafe shop one? i’d like an Enterprise bridge one, please. Soft beeping, maybe some chill version of amok time theme or something, and every now and then the crew calmly issuing orders or reading something sciency. im watching the lights of zetar and this evasive scene? is super calming and i need it on infinite repeat somehow.
someone make this happen.

Star Trek: TOS USS-Enterprise Bridge Background Ambience (THIS IS 100% WHAT I WANTED)

Reblog to save a life

During studio-era classic Hollywood, the lives of stars, both in private and public, were almost always on display for peering eyes. Studios controlled nearly every aspect of their contract stars’ lives, closely guarding their public images and fabricating intriguing backstories filled with fictional details worthy of their own movie. Contract stars were a valuable commodity for a studio, and the more of them you had at your disposal meant more chances at successful movies, which then meant more recognition and most importantly, higher profits. Bringing a star under contract was a huge financial cost for a studio, but like any property (and that’s exactly what these actors and actresses were), the only way to make money is to invest it. While countless stars found themselves locked in unforgiving multi-year studio contracts that stifled their creativity and presented lackluster projects, a small handful, through smart business decisions and careful strategy, were able to break free of the traditional studio contract (well, as much as they could at that time) and carve out a more varied and creatively satisfying career. One of the actors who successfully broke out was the legendary Cary Grant.

But how did he do it? How did he break free of the system that made him, while also using it to his benefit? Throughout his life, including long before he ever stepped foot on a Hollywood sound stage and even after his retirement in 1966, Grant maintained tight control on his carefully crafted public persona and image, in the same way a Hollywood star today guards the details of their private life. And while Grant guarded his private life, too, he knew that his most valuable asset was being Cary Grant. At times, the public and private Cary Grant were one in the same; his name, his look and his voice were not only his livelihood, but his reputation, his legacy.

So many other things were out of his control: abandonment by his mother at the age of nine when she was institutionalized for mental illness (at the time he had been told that she left on holiday and eventually died; he didn’t discover the truth of her disappearance until he was in his early 30s, when he reunited with her); his father’s philandering; his difficulties in his personal and romantic relationships, including marriages to five women with all but one ending in divorce; and his desperate need to be liked by the general public. With all of those things bearing down on him, Grant made sure he had complete control of everything he possibly could. While his tenacious drive and dedication to create and maintain control of his image, regardless of the insecurities prompting it, proved to be worthwhile for Grant both personally and professionally, it was also groundbreaking for those in Hollywood who would follow him and his example, as he unintentionally set the template for career independence.

At a young age, Cary Grant (born Archibald Alexander Leach) was already showing the early signs of the great actor and performer he would later become. He naturally took to dance and the piano and was absolutely transfixed by live vaudeville shows and the one-reel comedies he saw in the movie theater. Grant wasn’t a great student in school, preferring to flaunt his acrobatic skills around his classmates and spend his free time hanging around backstage at the vaudeville theaters in his hometown of Bristol, England. After being expelled from school, Grant joined the famous Pender Troupe where he honed his acrobatic skills and learned about the importance of timing, particularly when working within an ensemble. Later, Grant’s ability to gauge how to use timing in his screwball comedies would prove to be an invaluable and unique skill, setting him apart from his fellow comedic actors. In 1920, when Grant was only 16, he left England to tour with the Pender Troupe in America. He soon realized that he longed for much more than a traveling acrobatic troupe could offer him, so he made the first of many shrewd career decisions that would pay off many times over.

When the Pender Troupe’s engagement at the New York Hippodrome came to an end, prompting their return to England, Grant elected to leave the troupe and remain in New York. For the next several years, he worked in vaudeville, touring all over the country and doing everything from singing and dancing to stand-up comedy. When he wasn’t on the stage, Grant was a street performer, including stilt-walking and juggling. And when he found himself short on work, he and friend Orry George Kelly (who would later become known as Orry-Kelly, famous in his own right for being one of Hollywood’s greatest costume designers) would set up on the sidewalks of New York City to sell neckties that Kelly had hand painted.

After a relatively successful and critically-praised performance in the Broadway play Nikki, Grant was invited to give a screen test with Paramount Studios. In his first on-screen appearance in the short film Singapore Sue (‘32), Grant was unremarkable. Sure, he was handsome, but he didn’t have that effortless style and ease that would later become synonymous with his name. Despite a rather lackluster start, Paramount signed him to a five-year contract, groomed and renamed him and cast him as tuxedo-clad arm candy for their top leading ladies, including Sylvia Sidney, Marlene Dietrich, Nancy Carroll and Mae West. However, Grant was deeply unsatisfied with the roles offered to him, most of them being the cast-offs of the studio’s more popular stars, like Gary Cooper and Fredric March.

Things changed for Grant when he was loaned out to the much smaller RKO Pictures for a chance to work with director George Cukor and star alongside Katharine Hepburn. The film was SYLVIA SCARLETT (‘35) and it finally gave Grant the opportunity to demonstrate his depth as a performer and his impeccable timing. At the end of his Paramount contract in 1936, Grant refused to sign another long-term studio contract, going freelance and opting for limited picture deals that would give him choice in his projects and the flexibility to work for several different studios. At the time, going freelance was practically unheard of and was considered career suicide. For many stars, not being tethered to a major studio contract would have certainly been the end of their careers. But Grant’s need to perform and share his unique talents would never be adequately fulfilled by a sweeping multi-year studio contract. Acting wasn’t just a job for Grant—his very life depended on it. So, in reality, this kind of risky move was really Grant’s only choice.

Grant’s instincts proved to be right, carrying him through an on-screen career that lasted over 34 years, with an image and legacy that has only endured and grown since his death in 1986. During his three decades in Hollywood, Grant worked with some of Hollywood’s best filmmakers, including multiple collaborations with key directors who would help shape the “Cary Grant persona”: Alfred Hitchcock, George Stevens, George Cukor, Howard Hawks, Leo McCarey and Stanley Donen. Grant, who was both a successful comedic and romantic leading man (as well as a fine dramatic actor, when given the chance), worked alongside incredible leading ladies, including Irene Dunne, Myrna Loy, Deborah Kerr, Grace Kelly and Ingrid Bergman. Unlike other popular romantic leading couples—such as Fred Astaire and Ginger Rogers, Myrna Loy and William Powell, and Katharine Hepburn and Spencer Tracy—Grant was never attached to one specific actress. While he made multiple films with some, he was never typecast as the “other half” in an on-screen partnership. Those decisions, coupled with his move to retire in 1966, while he was still in demand and before he lost his romantic leading man status by growing old on screen, undoubtedly contributed to his broad appeal with audiences and his enduring legacy.

The persona of Cary Grant was most certainly a product of the Hollywood star machine. But thankfully, Grant figured out early on how to make the machine work to his advantage, allowing all of us to bask in his beautiful masculinity, his charm and charisma, his hilarious comedic timing and even his caddish, dark side. In all of his years cultivating and safeguarding his image, to the extent that some even criticized his methods, Grant ensured that he would be forever remembered, perfectly preserved in celluloid. And for that, we should all be eternally grateful.

Licia Ronzulli, member of the European Parliament, has been taking her daughter Vittoria to the Parliament sessions for two years now.

Every time this is on my dash, it’s an automatic reblog. 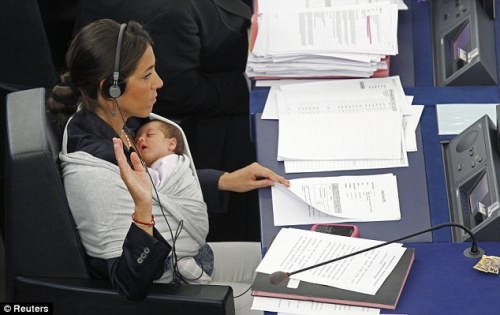 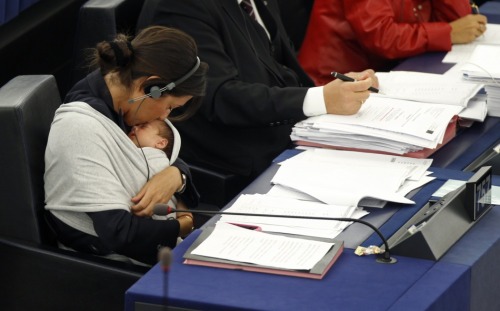 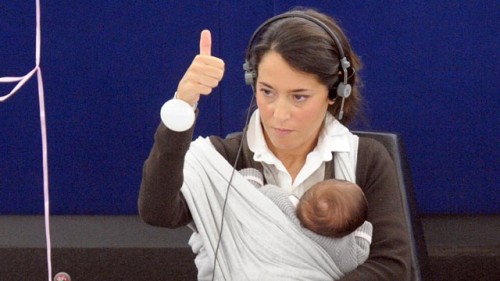 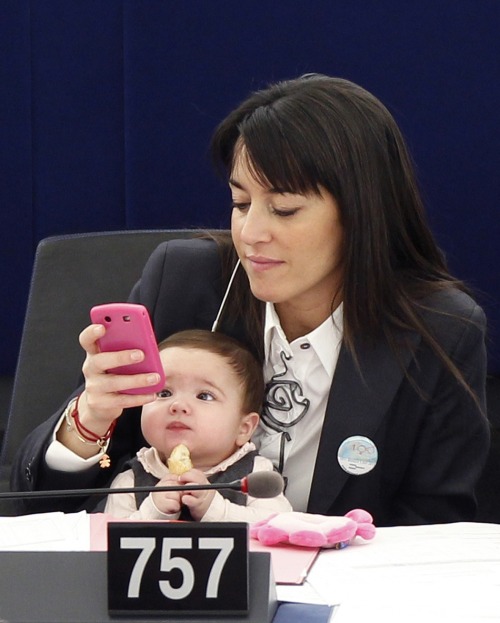 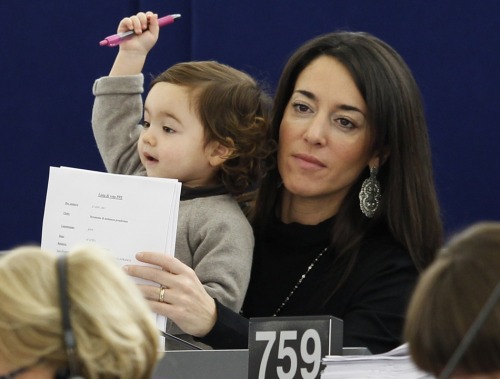 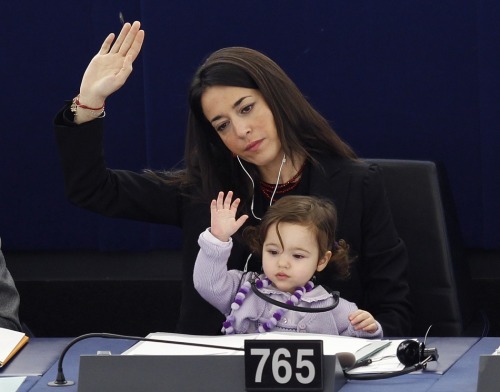 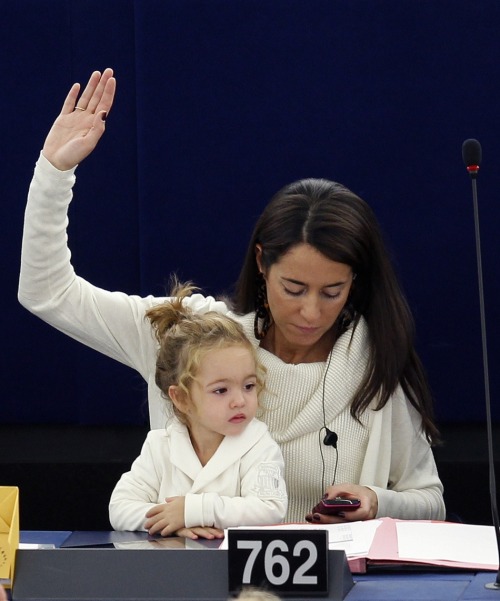 Why can’t I bathe?

“The universe seems neither benign nor hostile, merely indifferent to the concerns of such puny creatures as we are.”

Baby got some new toys

He’s putting his toys in the tree then jumping on them.

Yes…yes! My evil plan is complete!