Young Justice is my peanut butter

The only things keeping me going are Nguyen-Harper-Crock family feels.

We looked inside some of the posts by youngjusticeslut and here's what we found interesting.

So I wanna say that I saw Birds of Prey today and it was fucking amazing. Seeing these badass women do badass things with a badass soundtrack was just perfect. There was no over-sexualizing them in any way. They weren’t helpless who needed a guy to save them. It was so awesome.

The soundtrack literally radiated big bitch energy and made me feel better about myself like a thousand times over.

Ewan McGregor fucking KILLED it. Like he played an excellent, insane, villain and I didn’t even know that was possible. Like I seriously hated Roman, but his outfits were amazing. Lots of gay. PLUS EWAN MCGREGOR WITH FUCKING EYELINER?? YES!! But Roman was horrible like Ewan gave such an amazing performance that I’m like seriously amazed.

Love the sense of found family between Harley and Cassie.

Also those outfits are fire. Like everyone’s outfits were just PHEW!

Did I mention Huntress literally made me gay? Cause god damn she’s a badass.

The movie was gay, beautiful, absolutely stunning and honestly, I really wish there were more movies like it.

#BoP is awesome, #Everyone should see it
106 notes · See All
youngjusticeslut·8 hours agoAnswer
Have you seen 13 reasons why ? What do you think of the whole hype ?

I have seen 13 Reasons Why. Is there a hype around it? I heard more of an anti-hype towards it. Personally, I enjoyed the first (and part of the second) season. I don’t think it was a perfect, or ‘good’ depiction of depression and suicide by any means though.

Ciara Renée as Queen Elsa of Arendelle in Frozen Broadway

59K notes · See All
youngjusticeslut·5 days agoAnswer
about HC on Valentine's Day about Lian, do you ship her with Amistad?

I do~ Most of it comes from a long relationship with one of my former rp partners, we really liked the idea of them getting together and created all kinds of scenarios for them.

0 notes · See All
youngjusticeslut·7 days agoAnswer
Okay but in case the couple has children (at least half jewish) Do they have the obligation to raise them jewish or celebrate any jewish holiday ?

No? That’s entirely up to the couple in question. The same thing applies to any religion. Each couple determines the best thing for their family.

Jason and Damian from Young Justice:Outsiders

me when i get my student loan

this is the money cat. reblog in 30 seconds and you will find yourself with more wealth

#this is the only money cat i will reblog because it’s actually doing the manekineko pose151,646 notes (via lolwhutninja)

and it has its right paw up! the correct paw for this.

and from the markings on its ears, it looks like it might be a calico cat. which is the luckiest kind!

I don’t even care if it actually works, I’m mostly reblogging because it’s freaking adorable.

Y’know I reblogged this a bit ago and was saved from financial probation and getting kicked out of school because of it, just mere months from graduation. Got a call from the financial aid advisor telling me that they made a mistake with filing my account (or some other sort of clerical error) and said that, basically, they owe me money. Welp. 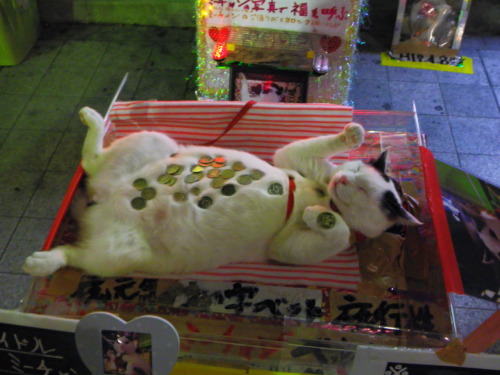 2M notes · See All
youngjusticeslut·8 days agoAnswer
If a non-jewish girl wants to date/marry a jewish man, does she have to convert ?

Absolutely not! That’s completely and totally up to the couple in question. Nobody is forced to convert to any religion.

Don’t read the comments on this article. The kid did it because he was learning about how teenage girls suffer from depression more than any other age group, and didn’t want any girls going home feeling sad on Valentine’s Day.
Ofc half the comments are like “what an EPIC playa, bet he got some action after that hahaha” or “why do these special snowflakes need a handout like this” or “what kind of Richie Rich kid” (chocolate company donated the boxes after learning why he wanted so much)
Like… why is humanity like this

At the school where I work, we had a similar lovely Valentine’s moment:

One of our seniors bought hundreds of roses on Valentine’s Day. Every girl in every grade got one; there were enough left over for staff and extras for others who might want one. This is our library bouquet.

One year ago, our school lost a student to suicide. As Valentine’s Day was approaching, this sad anniversary was all our student body was talking about and remembering. This senior student decided to try to lift us up from that narrative, and literally fill the halls with flowers. The surprise was carried out flawlessly – even his own sister didn’t know what he was about to do.

I have rarely seen a happier school holiday.

I’ve seen EXACTLY those comments on social media about what happened with us, and about similar gestures from high school students. Lots of “spoiled kids with money”, lots of “this is just to get laid”.

I don’t think this diminishes my senior student or his gesture at all, but it diminishes us when good things happen and we turn around and reduce these moments to their most cynical interpretation. And that’s not even touching on what it says when people feel the need to belittle younger people for trying to do good; the kids can’t catch a break from some people.

Can’t we take sweet things at face value the way we do all the darkness out there lately?

News flash some boys are kind.

Shouldn’t be news to ANYONE but a lot of people sure like to act like it’s utterly shocking.

never be shocked by kindness 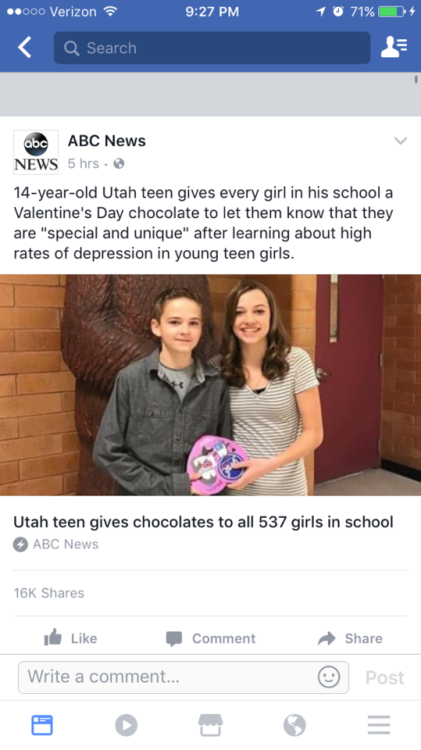 Noelle Stevenson is the reason why I keep waking up in the mornings, tbh.

If you want an anime that will fill the emptiness inside you, I recommend Fruits Basket.

Recently watch it and it put a smile on my face.

The 2001 version relies more on comedy (which is hilarious), while the 2019 reboot is more of the feels. So take your pick.

I love Anne and Gilbert’s dynamic, cause up until they finally get together it’s just like

Anne: ah, Gilbert Blythe, my old nemesis. My rival. My arch enemy. Trickster! Scourge of my life! Every day you try to test me but I will always defeat you 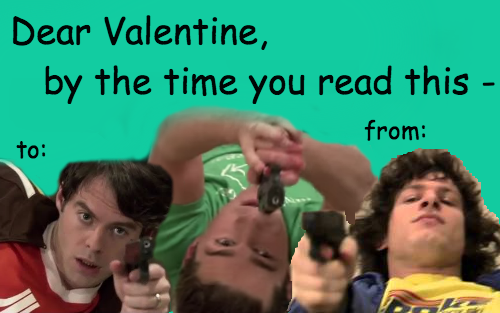 Wanted to finish this zetaflash request for valentines day, but i ended up being late. Oh well…

I’m gonna go off on this scene for a hot second, because this doesn’t get nearly as much attention as the talk with his mom and honestly this one hit me harder. So I’m gonna talk about why this scene is so fucking important to me.

Then when Simon answers, his response emphasizes the time they spent together when he didn’t know (Four years eating dinner together). I was sure, I was so sure his next line was going to be “why didn’t you tell me”. Because that’s how it goes right? The onus is always on the queer person, it’s always down to us. But that’s not what he says. He says “I’m sorry, I shouldn’t have missed it.”

I don’t think I can put into words what hearing an apology in that moment did to me. I really can’t, I’m pretty sure I stopped breathing for a second. And then he says “All those stupid jokes…”

He is taking responsibility for his actions. He is acknowledging that he was wrong and he is apologizing for the hurt he, however unknowingly, caused his son. This is so rare. Because the key here is, not only is this a father-son relationship, which is always more difficult because men in our society have been conditioned to never be “touchy-feely”, it’s also a parent-child relationship.

Simon is still a teenager. His father has spent 17 years being the one responsible for Simon’s care; at this point the parent is the one in the equation where the majority of power still sits. For a parent to acknowledge to a child who is still not fully an adult that they were wrong, especially when it’s a father when men are conditioned to never give ground or “show weakness” over things like this, just. It doesn’t happen.

And even when Simon gives him an out he refuses to take it. Then he makes sure Simon knows that he is loved unconditionally, and reinforces it with physical affection. And it’s not a Manly Shoulder Pat either, this is a proper full-body hug followed by a kiss on the cheek.

And after a moment of awkwardness, he actively reaches out and shows interest in engaging in the queer aspect of Simon’s life by offering to sign up to Grindr together. He’s gotten it wrong (in the most adorably dad way possible), but the point is he made the effort. He didn’t just leave it at letting Simon know he loves him, he recognized that this is an on-going presence in his child’s life and he commits to continuously being involved with and acknowledging this aspect of his son.

I am someone who has Simon’s life. I am from an upper-middle class white family with two liberal straight parents who were high school sweethearts, and I have one younger sibling. My first car was even a used Subaru station wagon, I could not make this up. This is the moment I wish I could have with my parents.

They knew/suspected I was queer for years before I finally came out to them, but they didn’t know what to do with asexuality. They were fully prepared for me to be a lesbian and I still managed to blindside them. It was completely unexpected and they hadn’t heard of it so they didn’t know what to do about it. And we are the pinnacle of a WASP stereotype, so all of us suck at talking about our feelings. So while my parents never rejected me, they never tried to “fix” me, and they don’t really drop hints about me “settling down one day”, they also never talk about it with me. I assume because they don’t know how to and they don’t want to misstep.

We will have entire conversations about queer issues with no acknowledgement whatsoever that I am part of the group that issue pertains to. They have never tried to talk to me about what asexuality is, asked me to explain it, or asked about how to be involved in that aspect of my life. Which is unusual for them, both have always taken an active interest in both of their children’s activities. And there’s only so many times I can be the one to talk about the elephant in the room because it’s fucking exhausting.

So yeah. This scene, this moment, hit me like a semi truck. Because god do I want that in my life.

Too often queer people are treated as if we lied or tricked people while we were in the closet, so this scene meant so much to me.