🎶Crofters is the only jelly I put in my BELLYY!🎶

Hi, my name's Abby (old url:harrypotternerd57). She/Her. Icon and header by me (hopefully they look okay lol). I'm 21 (why am I still here?). This is a multi-fandom blog that started out as a Harry Potter fan blog. It's now become more of a theatre/post-whatever-the-heck I want blog. Apparently I'm slowly morphing into a Thomas Sanders/Sanders Sides fan blog, but it's still mostly a multi-fandom blog. Enjoy my craziness and DFTBA!

We looked inside some of the posts by a-kinda-nerdy-girl and here's what we found interesting.

please dont spread video or photographs of protesters and their faces.

it puts them in danger of white supremacist retaliation.

Avatar Instagram AU. Everything is the same, but there is Instagram somehow. Partially did this because I wanted to make the “followed by prince Zuko” joke. 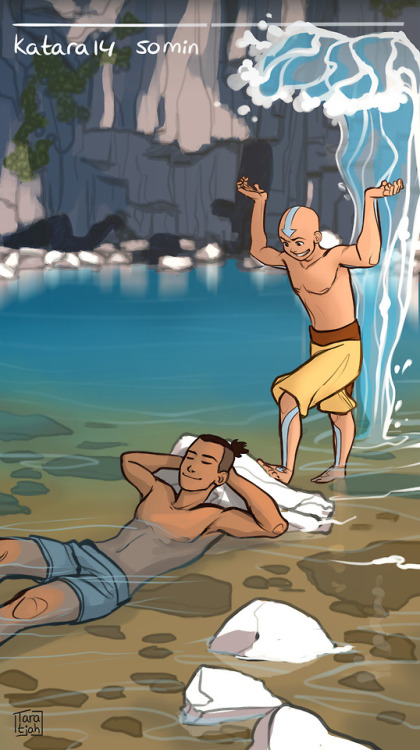 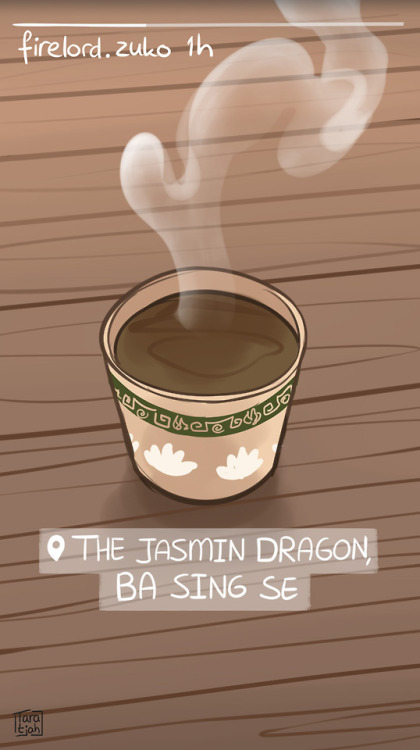 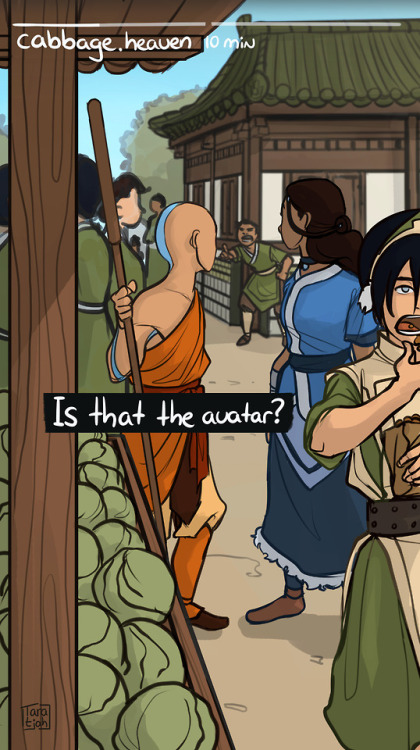 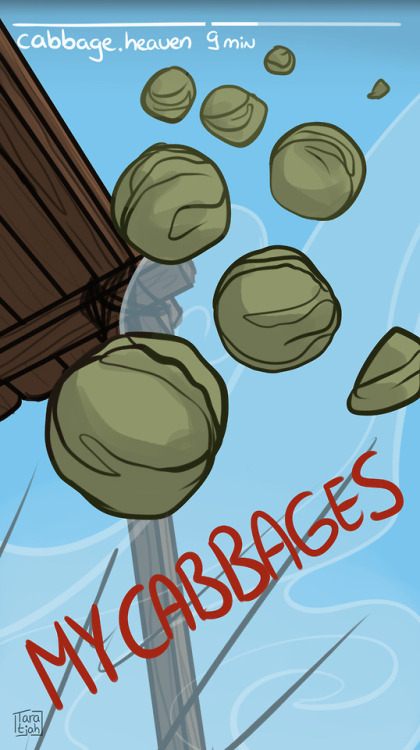 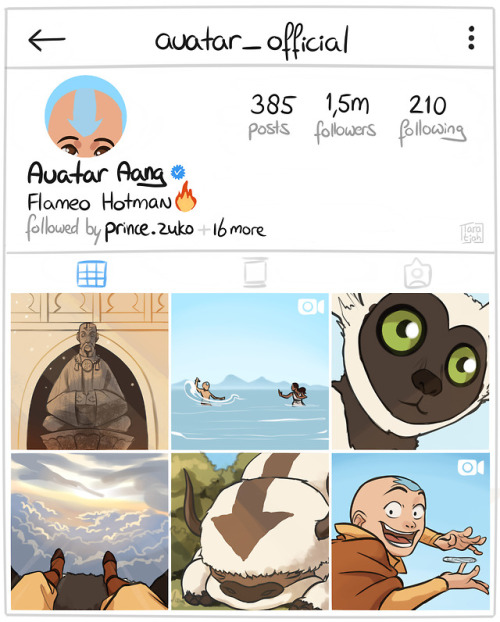 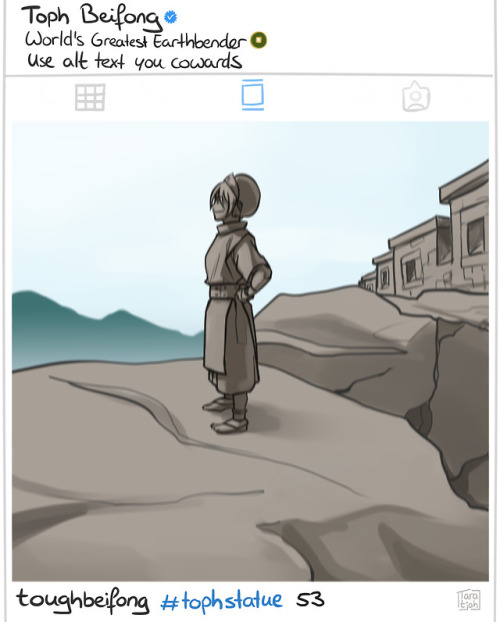 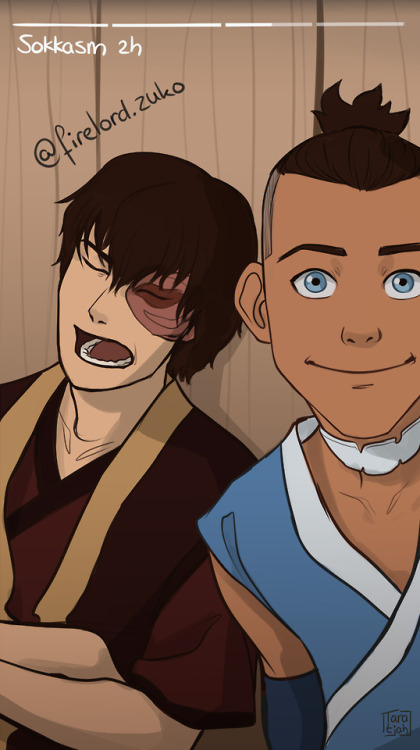 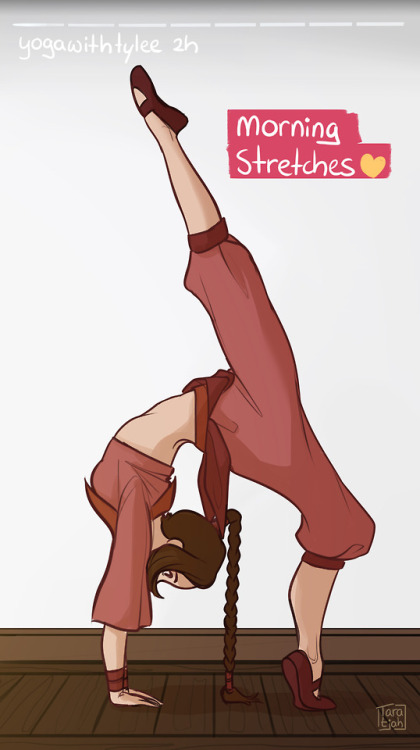 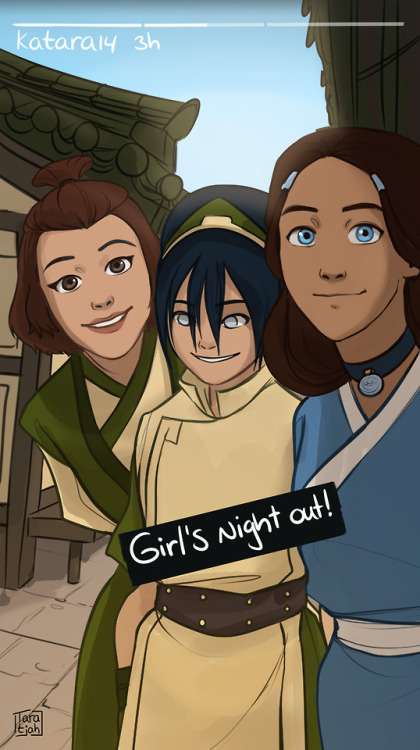 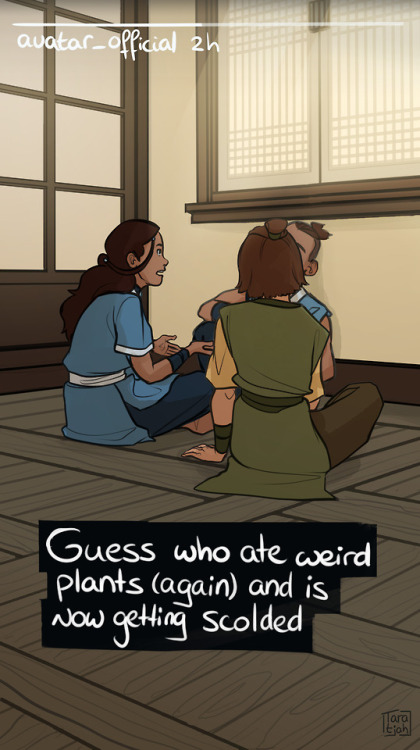 literally had a customer come up to me as i was making her drinks and say “your name shouldnt be finn. it means fair haired and you have dark hair.” thanks man!!!!!

the happy ending he deserved 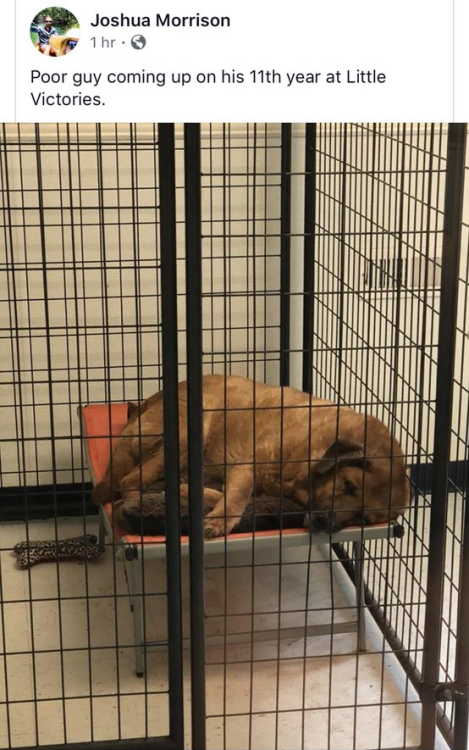 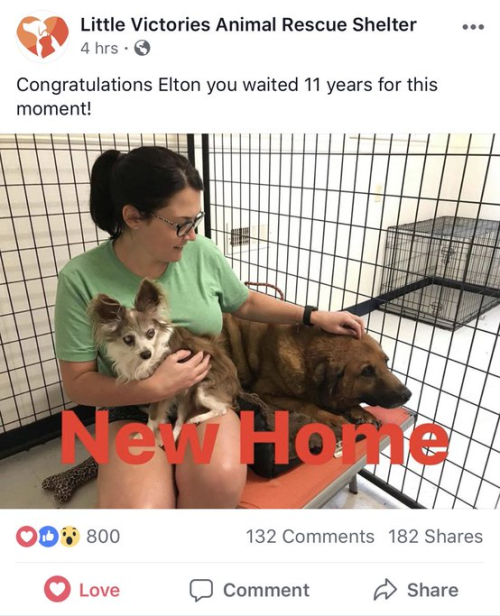 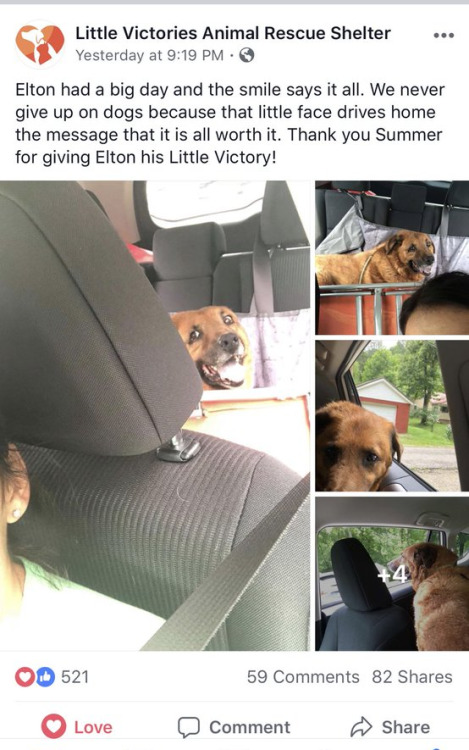 I’d open with its a painting but it moves. (It’s enchanted to move?) Uh, sure. (Witchcraft!) I am stoned. Let’s try again. I’d open with its many paintings put together in succession so it has the appearance of movement. Demonstrate by drawing a simple page flip animation of a fish swimming in the margin of a book. Okay. So this buff cat. You see the cat’s head on the muscular man’s body? (Is this an Egyptian god?) Uh, no. It’s just like, we don’t have that shit anymore. I mean, so much time has passed, its pretty much fallen out of the cultural milieu here. (Existential crisis. I get him some tea. He spits it out cuz he thinks it’s disgusting.) ok buddy. So. You good to keep going? Okay so. It’s many paintings in quick succession so it appears to move, and you control its movement. Not the whole painting. Just the cat. He moves around on this landscape. The point of controlling the cat’s movement is like the point of a war game. Loosely. (So you practice war? Sharp nod. War.) Uh, okay. So then, when you get your little man to kill someone, that’s good, right. (What is he doing now?) Oh he’s dancing. You can make him do a little dance after he kills someone. (It’s inappropriate to do a little dance after you take a man’s life.) Okay but it’s not actually — (it’s INNAPROPRIATE. I spit on this). He spits at my laptop.

Following the murder of george floyd a protest all across Minneapolis broke out and trump declared that he is deploying the national guard to Minneapolis by stating these “thugs” i.e every black and brown person protesting right now are dishonoring george floyd’s murder

right now there are tanks and upwards of hundreds of police officers deployed with assault rifles that we KNOW about, many of which have been stationed on tall buildings aimed down on crowds and any person in the downtown Minneapolis area

i’m still trying to gather my thoughts on all of this but if you are a nonblack please be supportive to your black friends, coworkers, whoever and please continue to stand with us

along with the minnesota freedom fund and

a community led organization against police brutality in minneapolis

if you have any other funds to help support the people in Minneapolis please add them to this post, and continue to stay up to date with what is happening right now to the civilians in Minneapolis now that state sanctioned violence is in full swing and backed by the president

this post was made on May 29th 2020, the third day of the protest following goerge floyd’s murder, remember that this is how the u.s government responds to the death of a innocent black man, by attacking its own civilians.

SHE HAS BEEN FOUND. THANK YOU TO EVERYONE WHO SHARED

PLEASE SHARE. A WOMAN WAS ABDUCTED AT A PROTEST. LICENSE PLATE EEV-701. IT IS A FORD ESCAPE 2003.

find out who you would be in fantasy society. i’m reblogging with a link so tumblr doesn’t hide this. 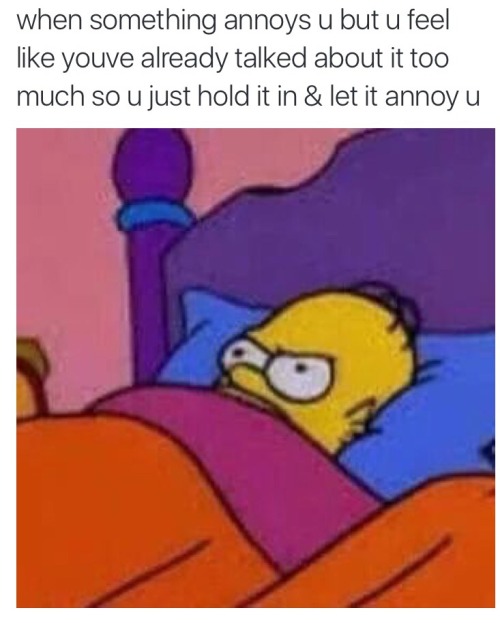 Did the 6 fan arts challenge! A fun break from quarantine artblock

Sorry babe, during sex, the plague mask stays ON

Friendly reminder that LGBTQ+, Queer, and LGBT+ are the preferred terms for the community (x).

Friendly reminder that Queer is approved by 72.9% of the people, and the groups who don’t prefer it’s use as an umbrella term are straight people, exclusionists, transmeds, truscums, sex-negative people, and sex work critical people (x).

Friendly reminder that exclusionists are in the minority and aro/ace people are included in the LGBTQ+ community by the people within the community.

Also, i checked out the survey the second claim sources a while back: this is not OP choosing the words truscum, exclusionist, etc. These are labels that the survey gave people the option to self-identify as. It’s self-proclaimed exclusionists who dont like the word queer, not random accusations

This one gets reblogged on main. The reclassification of ‘queer’ as an inexcusable slur is a recent development which stems in part from exclusionist rhetoric. We reclaimed it decades ago. Learn our history. You are not immune to TERF propaganda, but you can absolutely choose to educate yourself to spite it.

#i don't think im lgbt cause im only attracted to men, #but i might be a-spec but not sure, #anyhoo, #this is important, #slytherpuff tag rambles
62K notes · See All
a-kinda-nerdy-girl·a day agoAnswer

hey do you think you could expand a bit on separating the art from the artist? clearly you’ve done it with jk rowling but what are your thoughts on it as a general idea?

okay, but you’re not going to like the answer.

here’s the truth: you can’t separate the art from the artist. not entirely. HP Lovecraft was an incredibly talented, but much more incredibly racist man. It would nice to say you don’t agree with his views but you can enjoy his works without that leaking in but…. well, I’m afraid that would be misunderstanding his books entirely.

Consider, for a second, that Lovecraft’s works were horror stories about extradimensional alien monsters having mutant children with humans, they were about invasions from distant monsters, they were about the purity of quaint European towns being tainted. Consider how this may have all been inflicted by the fact that he just simply despised anybody who wasn’t white. Consider how is opinions on “mixing the races” might fight into this; consider why being unable to maintain the “purity” of white Europe was the scariest thing of all to him.

This extends to Rowling too.

I would love to say we can just acknowledge that she is an awful, racist, antisemitic, transphobic person and then say “but at least her books are good,” because, well, they are, aren’t they? I would say so, for sure. But to suggest that one can separate her from them is…. ridiculous.

Consider why an antisemitic woman wrote about a species of goblins who live among us, but who for the most part keep to themselvesand are maybe a little bit oppressed by the institution, but also hold all the cards, all the money, run the banks.

Consider why a racist woman would write about a species of slaves who loved being enslaved, who enjoyed working for no pay, and cleaning up after humans, with the only small caveat of that they didn’t want to be beaten. Imagine that only the most radical of their species wanted to be free, and he still spent the rest of his life working for no pay and helping out a little white boy and his friends wherever he could. Consider why the only person in the story who thought they should be free, that they should have rights, was treated as an overzealous joke, who was acting against the wishes of those slaves who really LOVE being enslaved. Consider that Rowling went on to say that she kind of considers that girl to be black, now.

Consider why JK Rowling, an open and proud transphobe, wrote Rita Skeeter as having a large square jaw, thick “manly” hands, and dressing incredibly gaudily with the most obvious fake nails and fake teeth and fake hair and fake everything. Consider why a woman who tweets about how trans women are “foxes pretending to be hens to get in the hen house” might write this Rita Skeeter to then illegally transform her body in order to spy on children.

Harry Potter is full of Rowling’s bigotry, start to finish. Not even tangentially, like, “oh the goblins are bad, Rita Skeeter is bad, the house elves are bad, but most of it’s good!” because the deeper you dig and the longer you think the more you realise the entire story is based on her prejudices.

Harry Potter pretends to be an aracial story about found family, but if that were true, why are Harry’s distant ancestors important to who he is today even in the seventh book? Why does Harry have to live with his cousin and aunt and uncle? Because magic inherently prefers blood ties. Whilst Rowling was writing a story that seemed to say, “your heritage is not that important and doesn’t make you better than others” she was still writing a story about a boy who got all of his money through his bloodline, who was protected by living with his bloodline, no matter how evil, who was uniquely able to stop Voldemort because his bloodline passed down the invisibility cloak for generations and generations. Any step Harry takes he is compared to his perfect parents who were exactly like him — he looks just like his father, but he has his mother’s eyes, you know! — consider WHY a woman who is racist might’ve written a story like this. A story that on its surface, condemns a blood caste, but still in every step it takes, validates the idea that blood is thicker than water, and your geneological origin is what makes you special.

You can enjoy Harry Pottwr, of course you can. There are fantastic parts. I love a small group of teenagers deciding to become anarchies rebels and train to fight against fascism in secret. I love the murder mystery plots, I love how the series tells kids that it’s a good thing to be brave, and a good thing to fight injustice, and a good thing to challenge the government. But I cannot separate it from its author because it is such a product of its author. All of the structures of the world, the way things work in the universe, and drenched in Rowling’s beliefs, her bigotries. Of course they are: she made them.

This explains plasma better than my high school science textbooks.

what the actual fuck is BEC

who wore it better, Loki, or king Bumi? 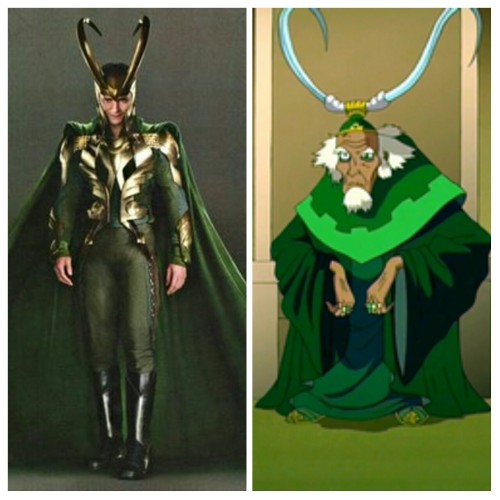