We looked inside some of the posts by a-nuisance-called-senorita and here's what we found interesting.

I made a meme, please do not claim or post as your own.

A meme that I made. Please do not claim or post as your own.

they’re talking to each other omg (‘:

Excuse me while I die because this is so meowing cuteee!!!

Last year I made my Sad Wizard Society sticker, based on my love of sad characters who are also wizards (You’d be amazed how much overlap that Venn diagram has). But the designs wasn’t very well put together, and I also wanted to add some more classes to it. So now I’ve redesigned the wizard one and am also adding every other D&D class. Here’s the first half of the set!

I’m planning on adding these to my store as stickers, t-shirts, and keychains once I’m finished with the whole set. Keep your eyes open~

(I’ve also been posting them on Twitter as I finish them, if you’d like to see them sooner. Trying to get the set finished before Black Friday sales start~)

this is sad but so cute. 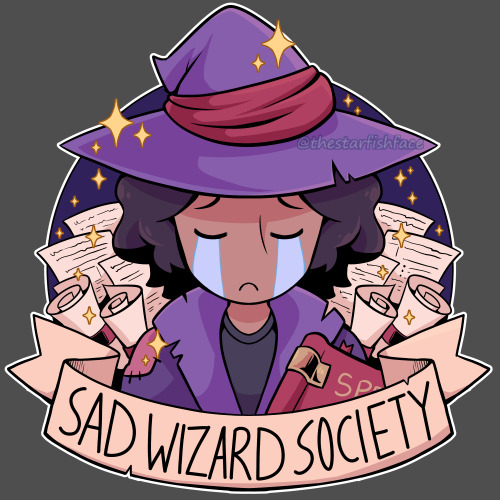 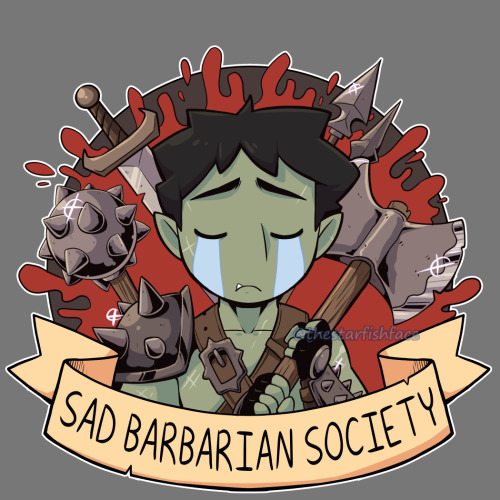 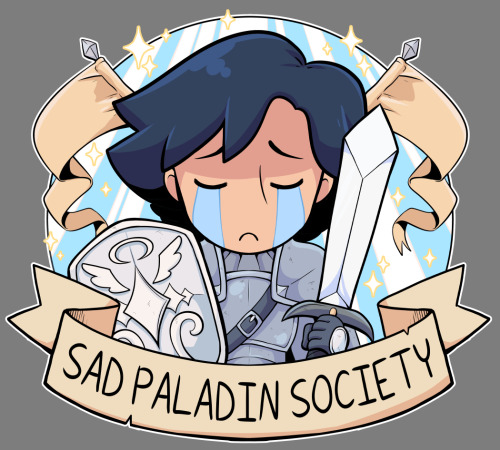 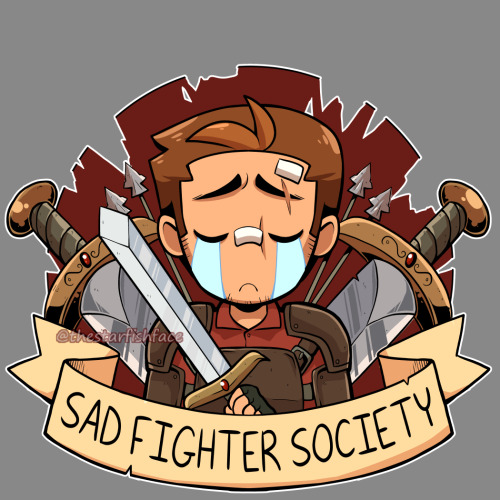 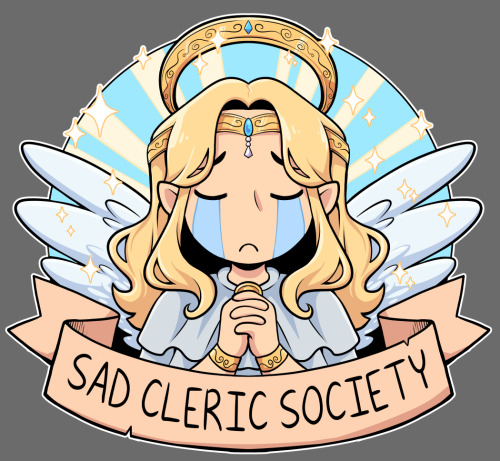 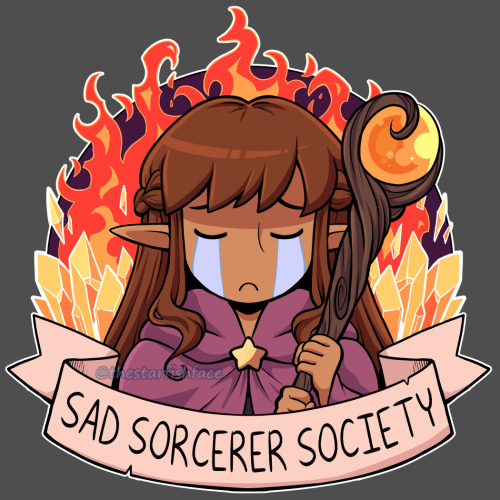 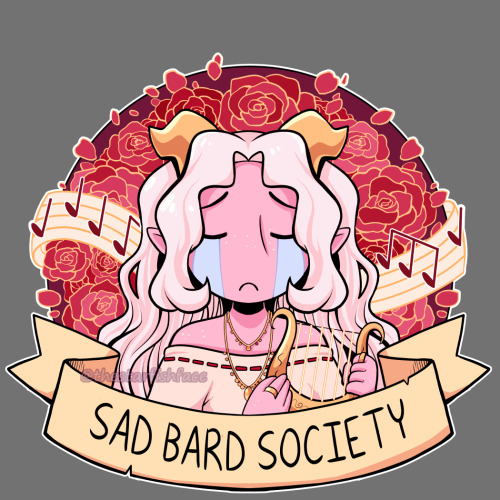 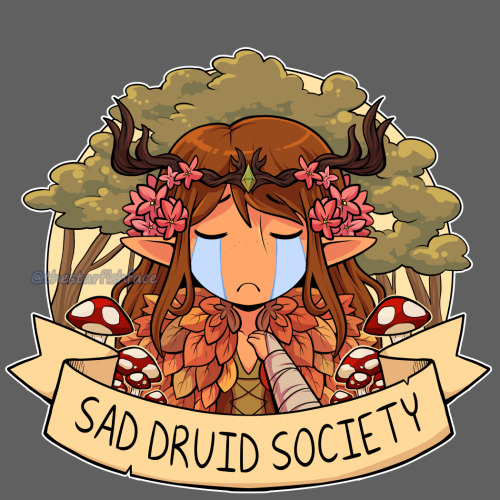 imagine that Loki had a beloved wife, having married her earlier than any of the Avengers events. That she was by his side through all the events. And because of her presence and support of him, Loki didn’t do many of the things he did.

He never became power-hungry for the throne. While he was certainly still angered by Odin’s deceit, after talking it out with his wife, he understood that it was never the throne, but what he wanted from Odin, a father’s love for his son. But with his wife by his side, Loki had learned to let go of his yearning for fatherly love and his grudge towards Odin.

That Loki tried his hardest to live, because he knew that his wife would be devastated if he were to die. There were no fake deaths.

Loki was there when they fought against Thanos. After all, Asgard was on earth now, and as an Asgardian, he wanted to protect them still. His wife was by his side, fighting against Thanos’s forces.

This is the most beautiful thing I’ve seen today!!

I don’t even have the heart to talk about it because my heart got shattered while watching the movie.

Harley: *bursts through the door and starts shaking Peter by the shoulders violently* IT’S CALLED SAND BECAUSE IT’S BETWEEN THE SEA AND THE LAND

Shit I haven’t realized this until now.

so i made a thing

not the best & w no background bc i am Lazy, but here’s irondad taking his kids (adopted human!nebula on his shoulders, harley, & baby peter) to the park. safety first!

[Please do not repost or use my art for anything thx]

The one who drew this is amazing! Look at human Nebula y'all!

let’s just take a moment & appreciate the fact that they all grew up loving each other, and became tall, handsome lads.

REBLOG if you love Tom & his twin brothers: Harry and Sam 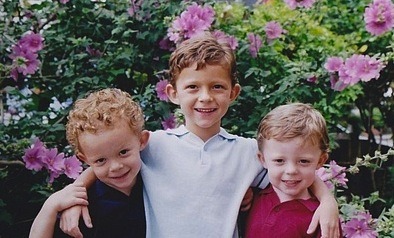 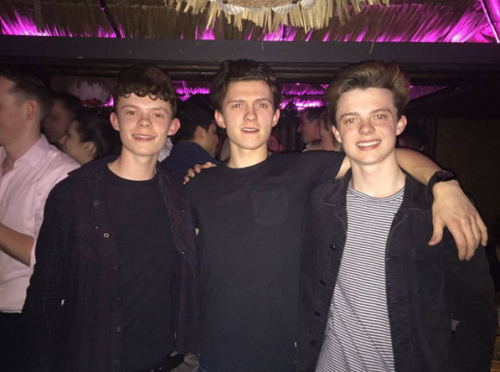 THIS IS THE CUTEST SCENE EVER

Darn hell! This so fucking cute!!

Summary : Harley who is an alpha, is dating you, who happens to be a beta. Most people do not like it.

You, with your boyfriend and mate of almost 2 years, Harley, were attending a Christmas party in his hometown, Tennessee. The party was thrown by one of Harley’s relative who insisted both of you to be there.

You didn’t know Harley’s family too well except for his sister and mother; so you stayed by his side for the whole evening.

Honestly, you were nervous about the whole thing. Harley was an alpha whereas you were a beta. A lot of people did not approve of alpha / beta relationships. They insisted that an alpha should only mate an omega and vise versa.

This often made you insecure and Harley was aware of it. He always reassured you though and would always stand up for you if someone were to say anything bad about your dynamic or you, in general.

Throughout the evening, Harley proudly introduced you as his mate to anyone who he talked to. Most people did not seem fazed by the fact that he was with a beta which was a good thing.

That was until, a middle aged man in a brown cardigan happend to start a conversation with Harley.

The conversation started with simple greetings but soon turned bitter when your dynamic was mentioned.

“ Oh, so you are mated with a beta. ” the man said somewhat bitterly.

Upon hearing him speak this way Harley frowned, and tensed up slightly.

“ It’s a shame that a smart and capable alpha like you, has settled for a simple beta. You can do better than a beta, young man. You should’ve got yourself a nice, beautiful omega. ” he said placing a hand on Harley’s shoulder.

Harley, slight roughly, removed the man’s hand from his shoulder as he glared at him. Harley was giving off strong scent of anger while you were trying not to break down in a room full of people. Harley was able to sense the distress scent that was radiating off you.

The situation caused everyone in the room to look at you and Harley. Not being able to take it, you immediately left the place and started walking through the snow to Harley’s house.

Once you got there, you made your way to Harley’s old room where you both were staying for the Christmas vacation. There, you curled up under the blankets and cried your heart out, thinking about all the times people had belittled you for being a beta.

Harley was furious about what the man had just said. He found it disgusting that a person would say something like this about another person.

“ So what if my mate is a beta?! I love her/him for the person she / he is regardless of her/his dynamic. ” Harley said glaring at the man. “ Here’s a piece of advice for you, stop criticizing people on the basis of their dynamics and respect their decision of who they choose to be with.” he said jabbing a finger at the man’s chest.

He searched the entire house and had asked everyone about you but it was of no use. He tried calling you but your phone was switched off.

Relief washed over him when he entered his room and saw you asleep under the covers. When he noticed the tears stains on your face, his heart felt heavy. He silently crawled under the covers with you and held your sleeping form.

You woke up when you felt Harley’s cold hands wrap around your waist from behind you. You turned your body so that you were facing him now.

“ I love you. ” Harley spoke softly while his thumb stroke you waist through the fabric.

“ I love you too, babe” you said, scooting closer to him and burying your face in his chest. “ I got so worried when I couldn’t find you. ” he said after a while.

“ I’m sorry. I just- couldn’t be there anymore.” you said letting out a sigh and closing your eyes.

“ It’s alright, dear. I don’t blame you. ” he said kissing your head. “ I just want you to know that I’ll always love you no matter what people say. You are the only one for me. ” he said making you look at him.

Tom Hiddleston really needs to stop being so sexy. My heart can’t take it.

So I searched the meaning of mewling quim and this is what I found. Just wanted to share it with y'all.

friendly reminder that famous viner curtis lepore is a rapist.

He lost 4.4 million followers over all of this. Let’s take him down the last 400k

he still has 4M subs on insta. spread this like wildfire. we can’t fucking let him prosper

Christ, this guy is a fucking creep. 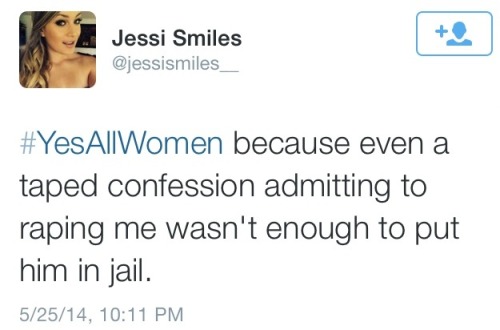 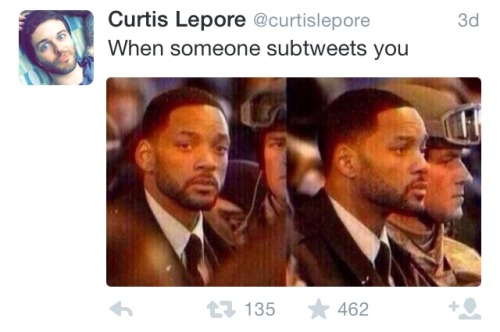 This isn’t shared around enough in the marvel fandom

I think it’s a prop, but if it is a real prop this just shows how important Harley was in Tony’s character development

It’s just a something I found cool

I think we all need a Harley in our lives.

“She deserves to be punished too.”

“I’m not saying I support rape, but-”

“She put herself in harm’s way”

“But if she was fingered, then that’s not rape.”

“She ruined their lives.”

“Yea, but did you see what she was wearing?”

“Boys will be boys!”

“She should know better than to drink at a party…”

“She should have tried to enjoy–”

boy am i glad this has so many notes

“He should’ve enjoyed it.”

“But she orgasmed. That means she liked it - “

“She’s slept with so many people! She’s a slut-“

“Get over it, at least you’re still a virgin”

“Be grateful it wasn’t a man!”

“I’m sorry she hurt you but don’t call what happened to you rape, it’s an insult to the REAL victims…”

“She shouldn’t have posted provocative photos!”

“She shouldn’t have been dressed like that … she was asking for it!”

“It’s the woman’s responsibility to not put herself in dangerous situations, she should have been more aware.”

reblogging because it’s gotten even better since last time

“Well he paid for dinner, she kind of owed him.”

“Well he wasn’t armed, she could have walked away.”

“She didn’t fight back; it wasn’t rape.”

I have reblogged this once AND I SHALL REBLOG THIS AGAIN

Writers as desperate for comments. Desperate.

I’m in a writing group with around 40 people and one of the common reasons people don’t post their work is because “no one ever comments on it, so no one is reading it” which blows because their work is amazing and instead it’s sitting in storage.

Ok but where is the lie

This is very accurate.

See, here is the problem.

You look at your fic, and it gets a good number of Favs/Kudos. The Hits/Read bar is rising in number. But you barely have any comments on your work, so you don’t know anyone’s opinion on it. And the number of Hits/Reads rises, while the Favs/Kudos begin to stagnate. And then stop altogether.

And it comes across to the writer, that all of these readers, are clicking out of the story. That they must have found something they didn’t like and decided to stop reading.

On FF.net, you actually have a page that tells you how many reads you’ve gotten for each chapter of a story and it’s disheartening to see how the first chapter will have like 54,000 reads, and then the second has 41,903 reads, and the thirds had 32,582 reads, and the numbers lower with each chapter that goes by.

And looks as if people have lost interest in your story, somewhere in between.

So with this mentality, they lose their interest in that story because obviously it isn’t getting any attention. Often times, that story never gets finished.

reblog to save a writer

reblog to save a story

On Wattpad I always see this and feel disheartened to say the least.

We, writers, will always need reassurance from our audience/ readers. There are so many people who love to write, but many of them don’t write or post stories because they feel that nobody will read their stories or books and when they do post them and don’t really get a feedback, it ruins their motivation to ever write again. Even a small comment makes them smile for the whole day.

The beauty of words.

I am not okay with this…

Heimdall is hugging the Bifrost ,

Rhodey is hugging his suit,

And Yondu hugging his whistle

Then, Loki can hug the Tesseract.