I remade! This is now a sideblog which will be a little easier to deal with than an entire different blog. Check out the carrd for a full rundown of guidelines, rules, etc! main is branwyns

We looked inside some of the posts by actually-good-rwbyaus and here's what we found interesting.

🍒 do you have any headcanons for a future au where blake and weiss have (a) kid(s)? i'm craving some domesticity

blake wakes up every day at 5 to go for a morning run. sometimes she meets up with ruby and nora!

weiss wakes up after blake has gotten home and showered (about 7:30) and they make coffee/tea and breakfast

once breakfast is just about ready, one of them will go to wake up their oldest three (a pair of twins, 8 year olds named Yuki and Shion, and an 11 year old named Bianca). after breakfast they take them to primary school.

after they come home, they wake up their youngest (a 2 year old named Ash) and prepare breakfast for him.

weiss will retreat to her office to do video calls with the SDC board while blake gets ash ready for daycare. blake will step in to show weiss they’re ready to go and will wave ash’s little hands, then kiss weiss and head out.

when blake comes home she’ll knock to let weiss know they’re home and then go make lunch. they eat together in weiss’ office!

on weekends they take the kids to a nearby park to play (where they might meet up with ruby and nora’s kids >:3) and do movie nights!

sometimes when weiss is having a particularly rough week, blake will pull her into a shower with them and wash her hair <3 <3

The blake/neo anon here! I forgot to add the cherry emoji, haha. 🍒

Hello!! I’m CJ and I mod this blog! I recently remade it (you can find all of the old stuff @actually-good-rwbyaus-moved ) so I’m asking for a promo! All guidelines can be found in the carrd (linked below).

btw im still working on my chart of OK ships but it is linked now! im just removing m/f ships of characters who i personally headcanon as lesbians/gay men!

Hello!! I’m CJ and I mod this blog! I recently remade it (you can find all of the old stuff @actually-good-rwbyaus-moved ) so I’m asking for a promo! All guidelines can be found in the carrd (linked below).

yang: you wanna kiss me so bad it makes you look stupid

Cheiloproclitic - Being attracted to someones lips.
Quidnunc - One who always has to know what is going on.
Ultracrepidarian - Of one who speaks or offers opinions on matters beyond their knowledge.
Apodyopis - The act of mentally undressing someone.
Gymnophoria - The sensation that someone is mentally undressing you.
Tarantism - The urge to overcome melancholy by dancing.
Autolatry - The worship of one’s self.
Cagamosis - An unhappy marriage.
Gargalesthesia - The sensation caused my tickling.
Capernoited - Slightly intoxicated or tipsy.
Lalochezia - The use of abusive language to relieve stress or ease pain.
Cataglottism - Kissing with tongue.
Basorexia - An overwhelming desire to kiss.
Brontide - The low rumbling of distant thunder.
Grapholagnia - The urge to stare at obscene pictures.
Agelast - A person who never laughs.
Wanweird - An unhappy fate.
Dystopia - Am imaginary place of total misery. A metaphor for hell.
Petrichor - The smell of dry rain on the ground.
Anagapesis - The feeling when one no longer loves someone they once did.
Malapert - Clever in manners of speech.
Duende - Unusual power to attract or charm.
Concilliabule - A secret meeting of people who are hatching a plot.
Strikhedonia - The pleasure of being able to say “to hell with it”.
Lygerastia - The condition of one who is only amorous when the lights are out.
Ayurnamat - The philosophy that there is no point in worrying about events that cannot be changed.
Sphallolalia - Flirtatious talk that leads no where.
Baisemain - A kiss on the hand.
Druxy - Something which looks good on the outside, but is actually rotten inside.
Mamihlapinatapei - The look between two people in which each loves the other but is too afraid to make the first move.

♔ : Finding the other wearing their clothes

♖: Having their hair washed by the other

♗: One falling asleep with their head in the other’s lap.

♘: Cuddling in a blanket fort

♝: Reading a book together

♞: Caring for each other while ill

♟: Patching up a wound

♤: Taking a bath together

♧: One character playing with the other’s hair

♥: Reacting to the other one crying about something

i’m gonna reblog some writing memes in a minute, so send in your favourite ships that you wanna see some content of!

Ruby: I’m not cringe btw you just have a crush on me

ruby loves touching blakes ears bc they are v soft 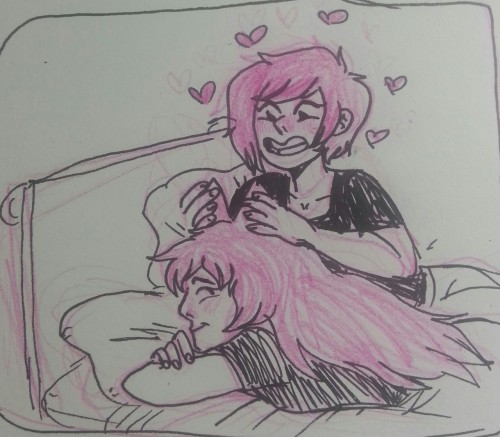 ruby would never buy a fashion magazine. unless of course it features the model she has a crush on 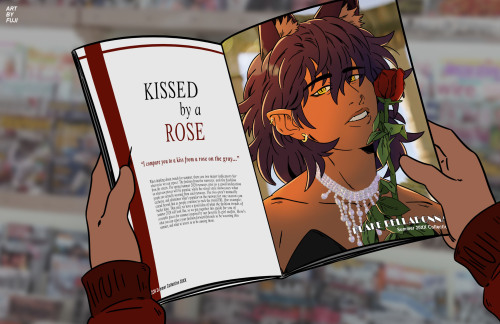 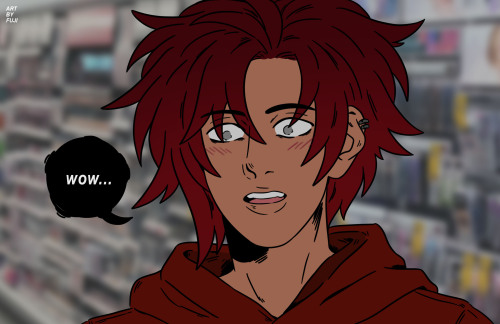 Nonbinary Blake I love. How about I raise you trans nonbinary Blake, for more of that “you’ll never know what I am.” Mood