We looked inside some of the posts by agltaria and here's what we found interesting.

#*VIBRATES OFF THIS PLANE OF EXISTENCE*, #MINGJUE BEING SOFT!!!!!, #NIE XIONGDI CARE ABOUT EACH OTHER VERY MUCH, #nmj gently supporting huaisang......., #hnrnrrnrnnrnrjjdhdh, #mdzs, #nice gifset, #no i will not shut up about nie xiongdi
404 notes · See All
agltaria·9 days agoText

i drew them on paper then coloured on my phone so excuse the quality! i might properly draw these up after assignments are over

#self promo!, #mdzs, #seriously i can’t wait to be free from uni
87 notes · See All
agltaria·11 days agoText

After the terrible loss of our second best dressed cultivator and fashion icon Nie Mingjue, the cultivation world now lacks one of it’s pillars. But little did they know, our fashion king had a disciple, someone capable of honoring his legacy in many ways.

While we all grief, a new icon rises.

And I’m here to prove that Nie Huaisang deserves his late brother’s title not only because Mingjue’s no longer serving looks -may his fashionable soul rest in peace-, but because Huaisang has always been a stylish icon on his own.

I mean, this look right here is enough proof:

Huaisang has quite a lot of robes, and they are all so different, I decided to compile them chronologically:

1. the “assigned fashionable at birth”one

Look at this small bean with his cream-colored robes. Whoever chose this color for him did a great job, though it’s a bit weird that they looked at baby Mingjue and went “all you’ll wear is dark gray from now on” and then Huaisang was born and “cream it is!” And we don’t really see anybody else from the Nie sect wearing this color, I wonder if it has anything to do with Huaisang’s mom, or if it’s just for the dark\light color contrast,  the two young masters can’t possibly wear the same colors, it would ruin the aesthetic.

It looks just like his main-possibly-stay-at-home-robes, like he just really loved this especific set and had a lot of other robes that looked just the same growing up.

Really small, really cute, makes you want to carry him around saying: look at my baby, he’s so stylish! 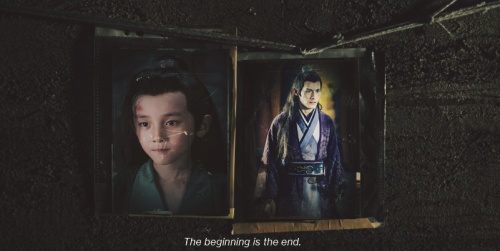 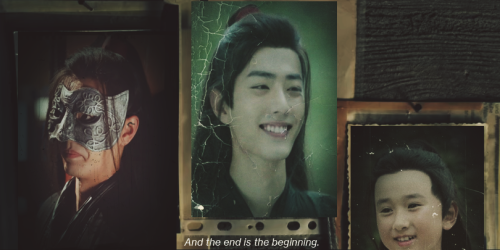 we all know huaisang is hopeless with a saber, especially considering how much mingjue hounds him about it, but it’s so nice to see that da ge still acknowledges his strengths and trusts that he’ll do well with them

i sometimes think about this one picture of li bowen because he looks like a funky action figure? like the perspective, lighting and how he’s just leaning back on one heel against the wall while standing on a table makes me feel like i could pick him up and shake him around. truly spectacular

#li bowen, #the untamed cast, #WHY DID HE POSE LIKE THAT, #it’s a nice outfit though i appreciate it very much
2 notes · See All
agltaria·14 days agoText

#ji li, #the untamed cast, #hehe fish, #it’s because the characters in ji li’s name and the word koi are all third tone!
3 notes · See All
agltaria·18 days agoText

ji li: *has a photo shoot while holding a fan*

#ABSOLUTELY THRILLED by sjy going 🤙🏼, #lbw’s reaction is so cute as well HAHA, #the front three really went ‘i do not see it’, #mdzs, #nice gifset
5K notes · See All
agltaria·19 days agoText

doodle of ji li and wang yizhou to go along with the nie bros, because you are not immune to da ge

zhu zanjin: do i look good?

wzc: you look SUPER PRETTY! i really think you are :) *pats the side of zzj’s head*

#the untamed, #cql, #wang zhuocheng, #zhu zanjin, #qi peixin, #my current struggle in life is ‘is this dialect chinese or am i just mishearing things’, #feel free to correct me anywhere, #once again, #NOT SHIPPING THE ACTORS, #also i think wzc could’ve said that zzj’s eyelashes were pretty HAHA, #ah well, #Youtube
553 notes · See All
agltaria·21 days agoPhoto

doodle of the nie brothers (cql) because if anyone follows my main blog, you would know that I Love Them So Much

accidentally gave nhs too much hair but like…it looks nice 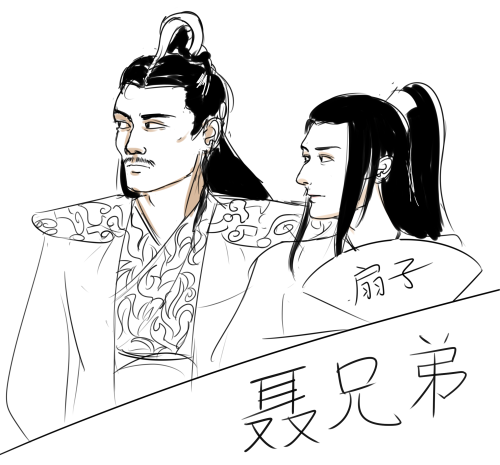 #reblogging myself because all my cql screaming is on this blog HAHA, #mdzs
219 notes · See All
agltaria·21 days agoText

i think more people deserve to know about this video:

currently watching an hour long video of wang yizhou and ji li streaming so here’s some stuff i found interesting while watching:

- they talked about the nie siblings’ relationship 🥺 and wyz was like “their bond is all explained in their character song!!!!” *sings the chorus of qing he jue again*

- there was a section about “exposing secrets no one else knows about”:

ji li: that’s not sensational news!!! everyone knows i shower every day!

@fortune-maiden no subs for this, sorry, but here’s the vid:

currently watching an hour long video of wang yizhou and ji li streaming so here’s some stuff i found interesting while watching:

- they talked about the nie siblings’ relationship 🥺 and wyz was like “their bond is all explained in their character song!!!!” *sings the chorus of qing he jue again*

- there was a section about “exposing secrets no one else knows about”:

ji li: that’s not sensational news!!! everyone knows i shower every day!

#wang yizhou, #ji li, #nie mingjue, #nie huaisang, #fatal journey, #the untamed, #cql, #ji li shares a brain cell with me in that we will not stop playing qing he jue, #they’re both so precious, #also validating my need to hear people talk about the nie bros
183 notes · See All
agltaria·24 days agoText