We looked inside some of the posts by bad-and-drawn-that-way and here's what we found interesting.

and they were lesbians… Hey babes! I’ve made an adult only hazbin server. We’ve got all the basic community shit, plus nsfw and roleplay.

So if you’re interested, head on over and welcome to the hazbin hoes family! https://discord.gg/u7KNd3T

angel dust would be an assassin or swordmaster in FE. gotta be a dodgetank and he has all those arms for being aggressive with bows or real flashy with swords

ohh i like the idea of assassin for him. or whatever class kronya was. she still had the fast flippy movements of an assassin but she had like knives?? give angel a bunch of knives

definitely angel dust. i cant wait to see how his story plays out! i also love his lil bb fat nuggets

hey babes, miss me? feel free to send reader requests. i might dig through asks that i havent answered yet.

Not even 24 hours and this has almost 2mil views! That’s so awesome! CONGRATS, VIV!

Cherri Bomb and Angel Dust are absolutely platonic soul mates! I love it!

In case people need a reminder a reminder for some fans who don’t seem to get this.

angel dust enjoys his job as a sex worker. We can see as much during his pole dancing at the start of the music video and the performance he does with Cherri Bomb.

what he doesn’t enjoy is the control Valentino has over his life.

Valentino is a pimp. The vast majority of angel’s earned money goes to him in exchange for the “publicity” he offers. Not to mention “gifts” that help in the work, like clothes and makeup and jewelry.

so angel gains very little financially from his work, even as a highly successful film star. This leaves him scrambling for cash for things like rent.

Angel’s ultimate goal is to have control over his own life.

Be in the films and shows that he wants.

No streetwalker work because he is too talented for it.

And most likely some mob work occasionally because as we saw in the comics he’s very talented at that too.

But again Valentino doesn’t care about talent. He only cares about keeping control of angel and others like him. That’s how he remains in power.

so how did angel get involved with him in the first place?

Well the music video shows us.

Angel Dust was a talented, but unknown sex performer working at a tiny strip club in what seems to be a lower class part of Hell.

Val sees one of his shows while hunting for new talent. He recognizes angel’s potential, but more importantly his vulnerability. Valentino only hunts for prey that will not disobey him.

He offers angel what every pimp/ corrupt manager does: a chance for angel to make it in the big leagues.

Angel agrees and goes with him. At first he really likes Val and his new life is a complete high.

But then Val slowly starts slowly showing his true colors: demanding more money from angel and treating him badly.

Now it’s too late for angel to get away and he’s trapped.

So he spends what little freedom he has with Cherri, who is a comfort even tho she has her own emotional issues to work through.

The hotel is a comfort in its own way too because it means that angel isn’t scrambling to pay life expenses anymore, since rent and food and everything are free.

But he is still very much under Val’s control. Which is going to be the major arc of his character as the series progresses. In honor of the “Addict” Music video released!

Okay, this was such a surprise to see, waking up today, and I was super stoked to see just more Hazbin stuff. However, I wasn’t prepared to see this video and feel the emotions it hit me with. This is an amazingly well-crafted video, with amazing animation, lyrics and characters. Can’t say much about it up here, because it’s fairly new and I don’t want to enter spoiler territory, but I seriously recommend anyone who’s interested to give it a watch. 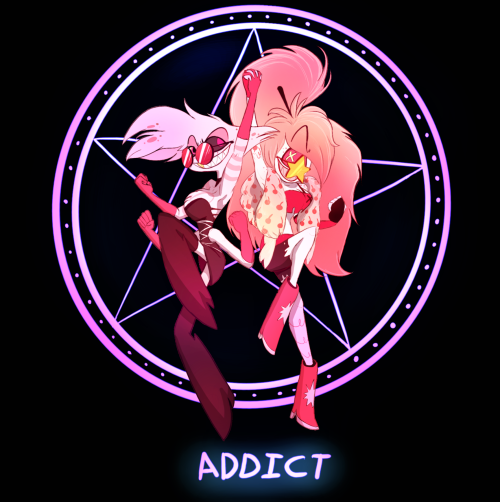 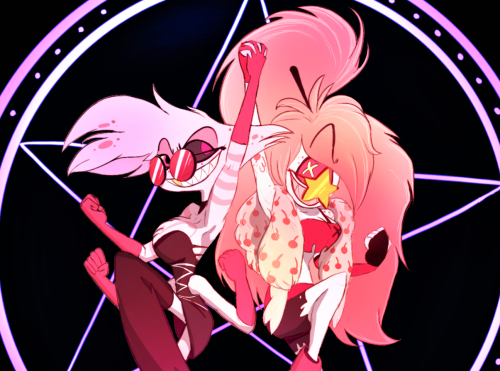 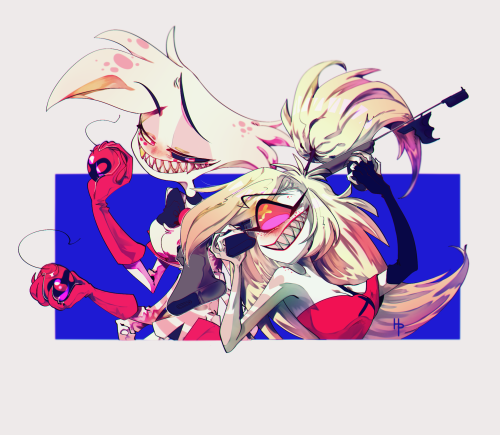 Some Hazbin doodles cause the new music video got me in the feels! 💓💓💓

I love these two so much, and I am thoroughly invested in them! 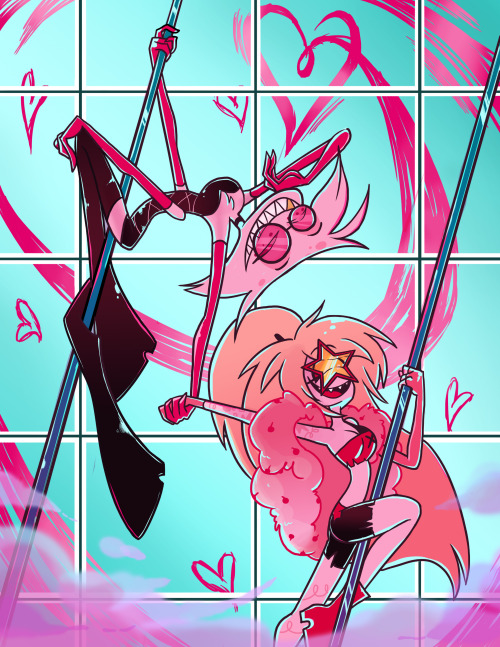 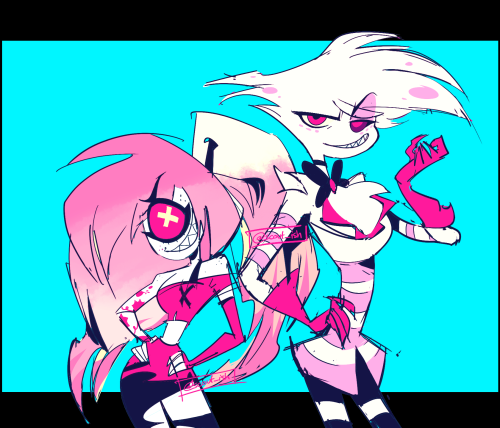