We looked inside some of the posts by beauregardlionett and here's what we found interesting.

#em your earrings are SENDING me, #mutual
31 notes · See All
beauregardlionett·2 days agoAnswer

Im fucking losing it right back at you babey 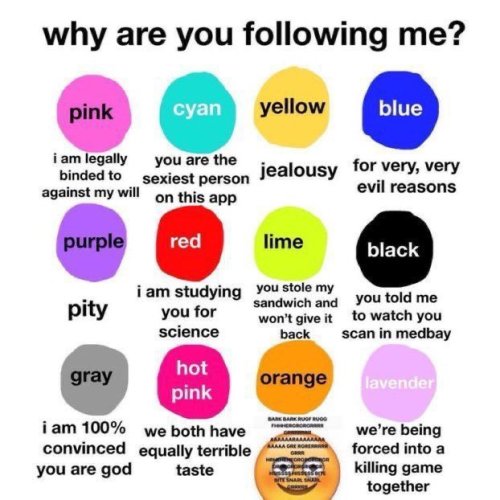 Happy one year to this glorious moment!

#it's about the yearning and the hAN DS ST EVE, #the untamed
2K notes · See All
beauregardlionett·2 days agoPhoto

#this show is cheesy as fuck and i acknowledge this willingly, #but the romance is a masterpiece and i will fight anyone who says otherwise, #the untamed
2K notes · See All
beauregardlionett·2 days agoText

Beau’s reaction to Yasha’s letter has been on my mind a lot lately, and I think I can finally explain why it is a supremely and universally relatable moment, and not just some weird thing Marisha decided to do.

So you’re at a real low point. You’re impossibly depressed, and you’re really not sure you’re going to make it. But somehow, with a grim determination, you pull through. You do it not because things are suddenly all sunshine and rainbows, but because something inside of you decided you just needed to get through it. To see the new season of your favorite show. To watch your brother graduate. To help your friend move next month. To meet your soon to be born niece. To have at least one more Halloween. Whatever the reason, you decided it was time to, albeit temporarily, put aside this existential crisis to be solved at a later date. Nothing is fundamentally better than it was at your low point. But you’ve still got shit to do, so you bury what you can, and begin your steady march back into the land of the living.

And then you receive a phone call, or a voice mail, or a text message, or maybe someone bumps into you at work or school, or maybe even shows up at your house. The thing is, you really love this person. To you, they are one of the few little beacons of light in what is a rather dark and dreary moment of your life. More often than not you probably feel inadequate to the warmth of this person. You question how you could repay them for the dearth in your contribution to their life, compared to theirs to yours. They are supremely important to you, far more than you could ever consider yourself being to them.

And they say something that to them must feel so innocuous. So simple. They say they miss you. That they love your laugh. They ask if you remember something you did together that is still one of your fondest memories. They pay you some totally unexpected compliment. They ask you for your help with something that they clarify that you are just wonderful at. They force you by accident to consider how much of a presence you have in their conception of their life.

And a regular person would bask in this warmth. Or not even acknowledge it due to the banal regularity with which they have experienced this feeling from others. But for you, something cracks. The sweetness, the warmth, the tenderness, all feels to your skin like fire. And suddenly you want to hide, to cry in secret, to deny to yourself the reality of being known and loved while feeling so unworthy of such strength of feeling.

It’s a lot like getting so used to the cold of a winter day, that when you finally make it back to the warmth of indoors, your teeth begin to chatter so much you feel like they’ll crack.

Beau went into reading that expecting to just be continuing the playful, subtle courtship between her and Yasha. She was expecting a cheesy little poem. Think of her getting her wine and cocoa, settling into a comfortable bath, ready to accept a little harmless and sweet gift from Yasha. But instead what she got was a laser accurate counterargument to every single one of her major insecurities, and the knowledge that she makes the object of a battle between a Storm God and a twisted Demon, the person who lost both her romantic and platonic great loves, feel safe and strong.

She’s finally pieced herself back together after the hag, finally found a task with which to focus her mind and give her a drive to move forward, and maybe sometime in the future, she considers the possibility that she may be loved like she never thought possible. But she never in a million years expected that future to be so present, to already be right there for her to take for herself at a moment’s notice. How absolutely terrifying. Because suddenly, this seems like it’s actually real to Yasha, and Beau has to acknowledge that it’s just as real to her, too.

Consider the lonely life Beau has lived, her struggles with what to her mind is the temporary nature of the Mighty Nein, and her recent decision to commit herself to seeing it to its conclusion. And out of nowhere, an Angel decides to give her the rather novel idea that maybe her loneliness may never return, that maybe someone else has found strength in her the way she has in her friends, and that maybe they weren’t exactly keen on ever letting go of that new found source of strength.

I’m practically looking for a tub to drown in just thinking about it.

When you are one with the music

Have some more photos of her in action, because I love her:

And my all-time favorite:

There was something about Yasha from the moment I saw her…

#there is something about this video that just guts me, #cr, #beauyasha
623 notes · See All
beauregardlionett·2 days agoText

new ask meme: do i come across as a goth, nerd, prep, or jock?

“If you’re reading this, if there’s air in your lungs on this November day, then there is still hope for you. Your story is still going. And maybe some things are true for all of us. Perhaps we all relate to pain. Perhaps we all relate to fear and loss and questions. And perhaps we all deserve to be honest, all deserve whatever help we need. Our stories are all so many things: Heavy and light. Beautiful and difficult. Hopeful and uncertain. But our stories aren’t finished yet. There is still time, for things to heal and change and grow. There is still time to be surprised. We are still going, you and I. We are stories still going.”

#this twisted my soul, #about, #good
98K notes · See All
beauregardlionett·2 days agoText

Yasha’s reaction to the prank on the petrified Stone family was to reject it simply on the grounds of being unkind after everything they had gone through. any of her attitudes regarding “should I kill that guy” or doing weird feral things come less from moral flexibility or a ethical principle towards chaos and more a cultural understanding of “it’s all right to kill bad people” and “bugs are food.” she’s operating by different social mores than most of the group but she’s still adhering to them. while I would say her upbringing prevents her from ever being a totally lawful character and she does have no particular leanings towards it even within her perspective, confronted with decisions that do make sense within her worldview, Yasha does tend towards a sense of altruism and the good of the “tribe.”

I’d even argue that Yasha has one of the strongest moral compasses of the group, but unlike Fjord and Caduceus, it presents more internally than externally and outside of a few instances, she isn’t very quick to put her moral values onto others. her biggest character struggle is against herself and a lot of her fears center around being too “weak” to resist her own capability for destruction and being too “cowardly” to protect people in a very Superman sort of way. also she is a literal and metaphorical angel and should get more credit for being big g Good, actually.

#every day i aspire to be like yasha, #cr, #yasha
550 notes · See All
beauregardlionett·2 days agoPhoto

‘Better since you found me’

aka the reunion they deserve 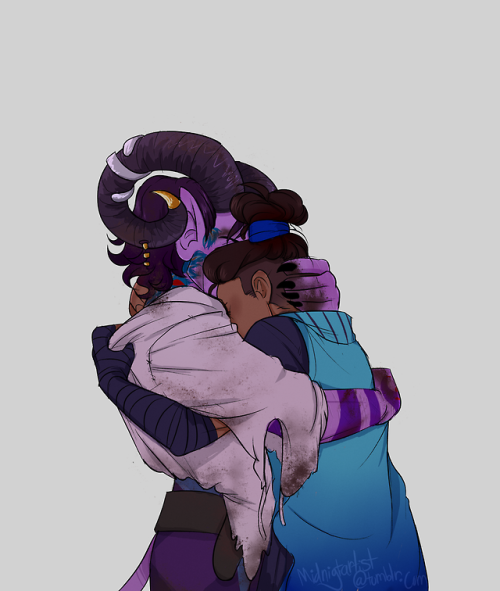 In honor of the One Year Anniversary of Ashley Johnson’s permanent return to Critical Role:

My favorite Yasha moments since she broke her chains.

She has grown so much in the past year, and watching her journey has been an absolute honor. I can’t wait to see what the next year has in store for her. 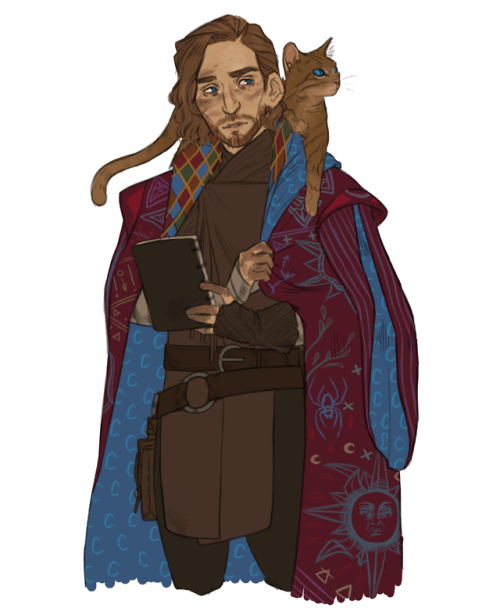 what a week huh?

#this week feels like it lasted a month but was also yesterday and time no longer exists, #tw 2020
172K notes · See All
beauregardlionett·2 days agoText

Well now. He thought he’d have time to clean up before they arrived!

Also please don’t imagine with me Yasha’s tattoo that flows down her arm and up her neck with the vines, a parallel to another tattoo 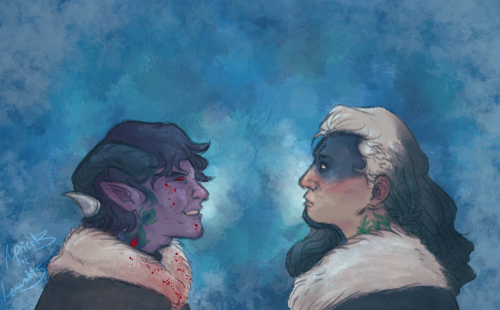