bird has lost it.

We looked inside some of the posts by birdhaslostit and here's what we found interesting.

this meme has evolved beyond all recognizability or decipherability

Helloooooooo Lupin fans! You may or may not remember me as that one chick who made that Halloween headcanon post a few months back, as well as the Jigen’s bangs post. I’m back with a Christmas post!!!

Please note: Personally, I really only celebrate Christmas in a non-Jesus-y way. (Which is how I’m also writing this post, because let’s be honest, do you really think Lupin is going to confession and shit? Absolutely not.) It’s purely out of habit because I was raised Catholic, but I practice witchcraft now. My family doesn’t know that though. Because of this, I considered also making posts for other winter holidays, so I could include Lupin fans that don’t celebrate Christmas. But I didn’t want to accidentally mess it up, or write something inaccurate about a holiday that I don’t celebrate. It felt disingenuous to make a Hanukkah post because I’m not Jewish and it doesn’t seem like my place, and I didn’t want to do a Yule one either, because no two people celebrate it the same way. So, I strongly encourage others to add their respective winter festivities to this post if they want to! We’re all about inclusivity here.

MERRY CHRISTMAS! And for those who don’t celebrate it, HAPPY HOLIDAYS! <3 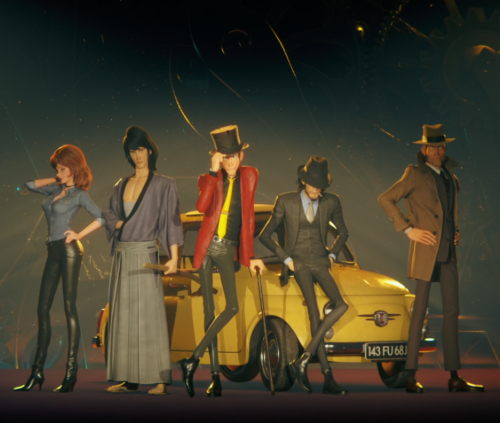 Anon requested a “black & white Unus Annus stimboard” I hope you like it!

I’ve been thinking about it since September

they say that the best blaze burns the brightest when circumstances are at their worst.

Anyway, she was super fucking homophobic and abusive to me when I told her I was gay, so here’s the recipe

You can get almost all of these ingredients at the dollar store, and have leftovers if it’s just you. The leftovers make great tacos if (taco seasoning is also like a dollar). Enjoy your revenge loaf

here’s a mashed potato recipe from my homophobic mother that i swore to never share that would pair perfectly!

1. drop those bad boys (potatoes) in a big ol pot. U don’t even have to chop them just wash them

4. Mash (usually they’re small enough you can use a fork if u don’t have one of those squashers) until its a pretty chunky mix

5. add the other stuff. Keep mashing

I like my mashed potato consistancy more lumpy but its all up to you!! Peel the potatoes or keep them on, it literally makes the creamiest fluffiest mashed potatoes which she always served with the nastiest fuckin meatloaf

Got room for desert? Cus my Grandma was just a generaly evil old hag who was abusive to my mum and my siblings also you guessed it since I came out I was not said hello to at christmas

1. Put 300 gram flour into a bowl and make an indent in the middle

3.mix into part of the flour but leave a big flour rim on the outside

4.set 30 gram of Butter on the flour rim and cover everything with a towel

let sit till you see bubbles in the dough

and knead the dough until smooth

7. Form about 12 dough rolls and put them into the milk

8. Cover with a lid (any lid will go it does not need to be sealed air tight)

Behold the Fuck You buffet

Reblogging because revenge IS tasty

And in this case, served hot.

These are the sizes for 100DPI, the bare minimum (and industry standard) for decent printing should be 300. Not entirely sure what OP was thinking but here is the above sizes at 300DPI:

everybody shut up and read this

Biden vows he will not implement a nationwide shutdown

I was ROOTING FOR YOUR ASS because I was settling, and now you pull some shit like THIS

now I HAVE to watch this, no matter how bad it is 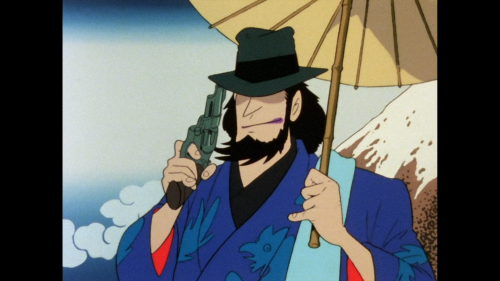 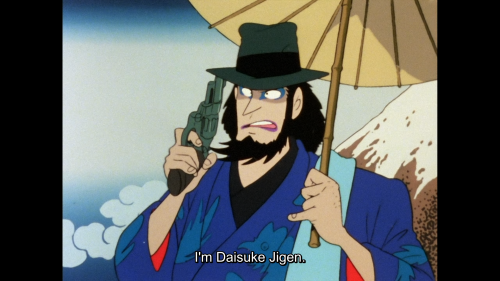 I love not know who 95% of celebrities are. every day someone new is trending and I go “I don’t know who the FUCK this is” and move on. I love that

ok…. this is actually hilarious the tags are killing me

#art theft, #I am an art student and I approve this message, #fuck prestigious bourgeois art, #art is art why does it gotta be classist, #steal it for the girls and the gays, #too many old white men, #not enough diversity, #I will eat the Mona Lisa if that’s what it takes
35K notes · See All
birdhaslostit·4 days agoText

Days of the Week - Correspondants🌙

In Roman culture, Sunday was the day of the sun God. In paganism, the sun was seen as the source of life, which was popular with the Romans when they were preying. Sunday is therefore linked with the colours yellow and gold. The name originates with the sun due to Hellenistic astrology, where the seven planets including Saturn, Jupiter, Mars, Mercury, Venus and the Moon each had an hour of the day. Furthermore, the planet which was associated with each hour of the day was given a day of the week, which became apparent in the 1st-2nd century in Rome and Egypt. Sunday is also linked to deities associated with the sun, such as Helios and Ra. Based on this information, Sunday is associated with success, material wealth, fame, personal growth and healing.

Monday is associated with the lunar deities such as Khonsu (Egypt) and Artemis (Greek). In religions such as Islam, Monday is one of the two days of fasting, the other being Thursday. Culturally, Monday is depicted as a day of depression, anxiety and melancholy as it marks the beginning of the working week. Therefore, Monday is depicted as a quiet day, which would correspond to elements of self-care, rejuvenation and cleansing. I’d also associate Monday to be a day to do spells associated with attracting wealth, abundance and luck within the career, due to it being the start of the typical 5-day working week.

Tuesday is known as the day of Mars. The name originates from Tyr, a God from old Norse mythology who loses his arm to Fenrir. He was associated with being the god of War and being the Lawgiver of the gods. In Japanese and Korean, Tuesday translates to ‘Mars day’. In Greek and Spanish-speaking countries, some people believe Tuesday to be unlucky due to Tyr being associated with war and death. Therefore, rather than having Friday the 13th being unlucky, the 13th of the month falling on a Tuesday in certain places would be classed as unlucky. Therefore, the correspondents I feel that are associated with Tuesday are protection, warding, building mind and body strength, confidence, victory and aggression.

Wednesday reflects the Germanic god Wōden (‘Odin’), and is associated with the planet/ god Mercury. Mercury and Wōden were associated together as both were the guides of souls after death. In Ancient Greece, Hermes was also associated with Wednesday, as he was a conductor of the dead for Hades. In the story of creation, the Sun and the Moon were both created on the “fourth day”, which is known as Wednesday. Wednesday is associated with intelligence, fortune, chance, creativity, wisdom, study, knowledge, communication and calming.

Thursday is derived from the old Norse god Thor, known as the God of thunder. The Roman god Jupiter was also associated with Thursdays, as both Thor and Jupiter were gods of the sky and thunder. Jupiter was also king of the gods. In Buddhism, especially in Thailand, Thursday is known as ‘teacher’s day’ where education should begin on a Thursday. Thursdays are typically associated with abundance, grounding, health, wealth, authority, justice, anger and fortune

Friday is linked to the Roman goddess Venus, who encompasses love, sex, desire, fertility and victory. Furthermore, Friday is also linked to the Germanic goddess Frigg, or Freyja based on the translation from some Slavic countries. Frigg was the goddess of fertility and motherhood, whilst Freyja was associated with love, beauty, fertility, sex, gold and war. Folklore depicts Friday as an unlucky day, yet some believe it is a day of good fortune and prosperity due to people sowing seeds on Fridays - it resembles the life that comes after death similarly to how Jesus was resurrected from the tomb after his crucifixion. This day is therefore associated with all forms of love, fertility, beauty, glamour, romance, sex, sexuality, divination, wisdom and youth.

Saturday was known as Saturn’s day. There is no Norse god associated with Saturday due to the replacement of the eight day cycle with the seven day week. Saturdays in the Eastern Orthodox are dedicated to worshipping Theotokos, which refers to Mary being the ‘god-bearer.’ Prayers of the dead are usually associated with this day as a remembrance to the rising of Jesus. In Scandinavian countries, Saturday is called Lördag, which is derived from the Viking word for bath - Vikings would typically bathe on Saturdays. In some Islamic countries, Saturday marks the start of the week, whereas in others it marks the end. Therefore, Saturday could correspond to necromancy, divination, death, exorcism, spirituality, endings, self-discipline, freedom, banishing, hexing, protection, binding and loss 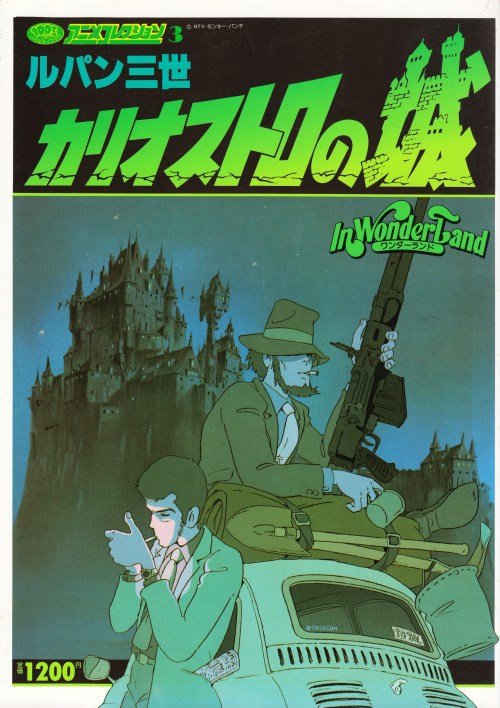