Vacuo is where Blacksun will be CANON On Hiatus!

This is a Blacksun/Eclipse/Wudonna/Sunbella/Sunblaked/Bananacat/Beauty and the Banana/Beauty and the Monkey King/ Runaways and Stowaways/Dusk and Dawn/Sunlight and Moonbeams blog! Basically a Blake Belladonna X Sun Wukong from RWBY blog! Here I post analyses and fun content for the Blacksun Community!Rules FAQS Thanks and enjoy! Graphic edit by me!🌒🍌🐟🐵😺💛🖤🌙☀️🌘

We looked inside some of the posts by blacksunwillbecanon and here's what we found interesting.

Thank you for supporting “Like Morning Follows Night” A Blacksun Zine! We’re happy to announce that all packages have been shipped! You should have received an email with a tracking code.

Your purchase helps RAINN in aiding victims of rape and abuse by providing them the necessary resources and support they need.

For all domestic orders (US), they should arrive within 3-5 days. For international, it will take up to 2-4 weeks to arrive. If you have any issues, questions, or concerns, please ask us in our askbox or email us at blacksunfanzine2019@gmail.com with your order number. We’ll do our best to help you in any way we can!

When your zine arrives, please tag us on our social media! We’re live in Tumblr & Twitter! Thank you so much, and have a fantastic 2020!

To the toxic side of the RWBY community

Rickey Thompson is my mood

(my apologies for the late post! something came up! — Mod Eiirwyn)

Interested in the zine but unable to get it? Check out our giveaway info below for a chance to win 1 of 3 free bundles! Even if you don’t win the giveaway, please continue spreading the word! Supporting the project could unlock a stretch goal! Good luck!

After randomly choosing 3 names, the winner will be contacted and MUST reply within 48 hours! Please make sure your DMs are open so we may contact you. If the winners have bought one of the bundles and win the giveaway, we will refund the cost of the zine and the shipping! 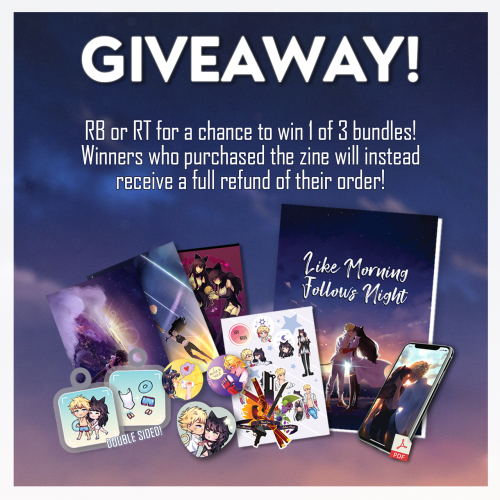 Hello! How are you all doing? We’ll be updating a few things while getting a few new things in motion! Our first announcement:

Please stay tuned for more updates today! We will also hold a giveaway and holiday sales as well! In the meantime, please come and join our Blacksun Twitter polls at our page: https://twitter.com/BlacksunZine

Thank you, everyone, for all the support you’ve given us! 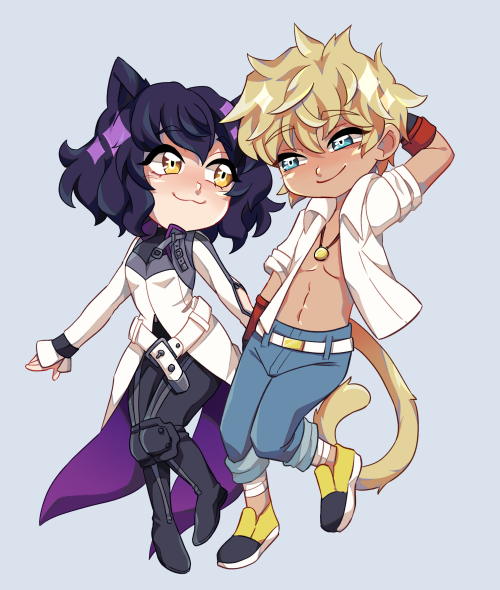 Hello everyone! How are you all today? We’re happy to announce that we’re having a Black(sun) Friday Sale! ALL BUNDLES ARE NOW 15% OFF!!!

HEAD TO OUR STORE NOW! 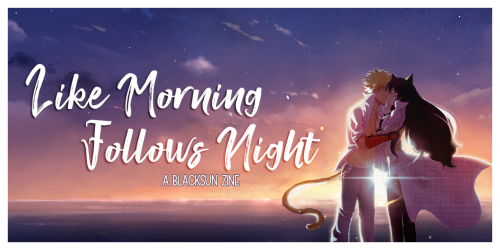 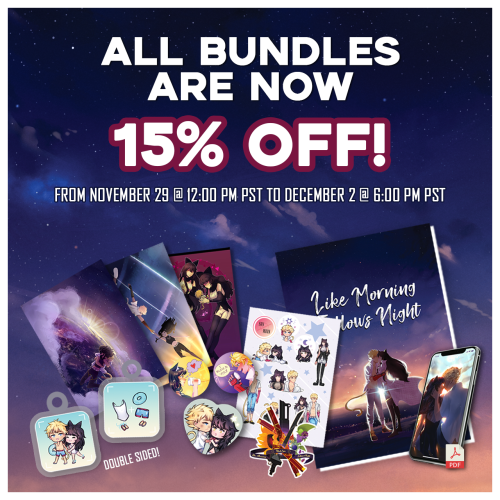 i’m following psychology class and we’re studying the way the eyes move to understand how a person feels. if a person is looking down and left they’re reflecting on their feelings. so I bring you some good food with just this pic alone

Yang most likely is gonna have her Burning the Candle talk in Mount Glenn. Remember in Volume 2, team RWBY discussed why they wanted to be huntresses. Instead of Yang saying she wants to be a huntress for the adventure, she’ll most likely say what she said to Blake in Burning the Candle but will be said to Ruby and Weiss as well. Also, the manga is a canon retelling of the show.

I want to be a huntress so I can find my real mom and know why she left me. I want to protect my sister and be like Summer who’s Super Mom-slayer of monsters and baker of cookies.

Also the manga got rid of Yang participating in a racist-like stereotype (using a laser beam to get Blake’s attention.)

Remember, Faunus are a minority. Apply this to our real world. It’s like trying to get an African American’s attention by using fried chicken and watermelon as bait. Yang isn’t racist, but she’s very ignorant about Faunus issues.

“Blake says she ‘owes’ Sun for being nice to her and that’s unhealthy!!!!”

Sun laughs at her right after she says that and says it’s such a “Blake” thing for her to do. He doesn’t really think that she owes him anything, but decided to humor her and ask her to go to the dance with him. Blake blushes when he asks - and we know from the canon show that she wanted to go with him (and keep in mind that she didn’t necessarily reject him in the show, she rejected the dance as a whole because she said she didn’t have time for it). Plus there’s the panel at the end showing them dancing together and having fun

Also, can we focus on the fact that Blake was thanking Sun for sticking by her side at the end of volume 1? Huh where have we seen that before…..oh yeah. The first chapter of volume 6. He’s been there for her since the very beginning and is always looking out for her

bl/ake being a soft mess around sun or because of him. a thread

How are my fellow Eclipse Shippers feeling today 🌔🌔

b/lake accepts sun’s invite to the dance without questioning it and without the need to have a chat with anyone else before the event.

she blushes when he asks her out.

she’s considered to be his “date” alongside w/eiss and neptune + ren and n/ora.

the two are seen being happy together.

When you realize this is the ssr card that you will never have.

（I’m trying to be a better artist to draw blacksun☺️

Sun must look good in black ✨