We looked inside some of the posts by bloodredrosewolf and here's what we found interesting.

The way you draw my blueberry son, Ezra, just too cute!!! May we see more of his precious smile?

yall look at this shit ad*be is tryna pull now on ppl who have outdated software:

(note for context: i’m all for piracy, but in this case my copy of CS6 was downloaded years ago when they were giving it away to students. i got it totally legally.)

so here is what NOT to do if you’re a loyal fan of adobe who has the cash to shell out for a newer and shittier version of the product you already paid for.

4) if you happen to click properties, DON’T use the startup type dropdown to locate the option to disable the program. be sure you DON’T click apply to finalize that change.

if you do all of these things, this WILL disable adobe’s ability to monitor the software, and you will be forced to continue using the same older software that you already paid for instead of having to sign up for a newer, shittier version and pay more for it. so if you have lots of cash to spare and are cool with putting it the pockets of racketeering capitalists, definitely don’t do any of these things.

however, you SHOULD reblog this to spread the word, as we certainly want to make sure lots of people know what NOT to do :)

Pretend to be upset.

OP how could you

I hope none of my friends who use Adobe programs find this, follow your detailed instructions, and spread the word. That would be devastating!

Yet another series 4 recap, honestly the amount of gina linetti quotes you could recast with donna is staggering. 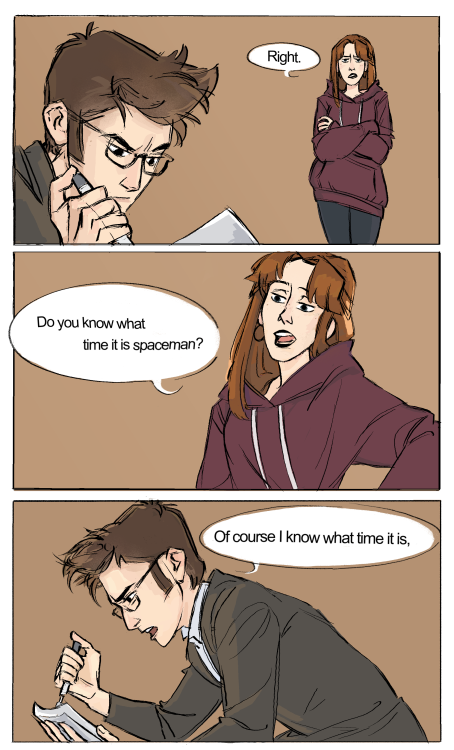 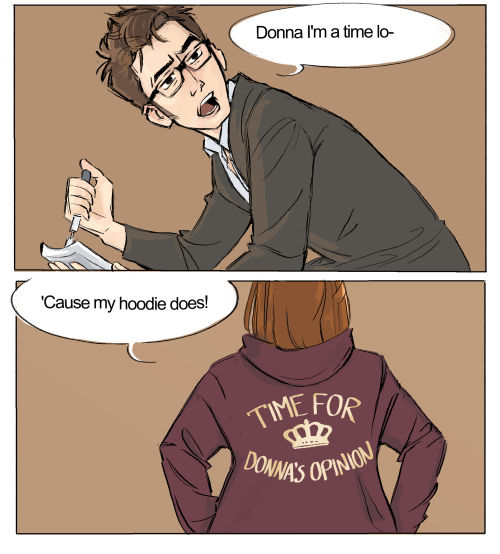 Because this is apparently stick up for wolves day.

Wolf reintroduction in Yellowstone has changed the ecosystem *significantly*.

One remarkable thing that was not predicted that demonstrates how interlinked these things are:

This is called a “trophic cascade” and we normally see them as bad things. But a positive trophic cascade is an amazing thing, and apparently nobody predicted this one.

What they didn’t predict was that wolf predation would keep elk on the move so they wouldn’t overgraze a specific area.

When the elk overgrazed the willows, they removed the best source of food for beavers during the winter.

Once that stopped happening, the beaver population rebounded and it turns out beavers are pretty good for the entire ecosystem.

So will releasing a pack of wolves into the Wh*te H**se improve our economy oooor…? 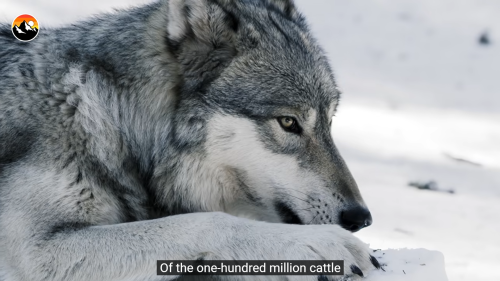 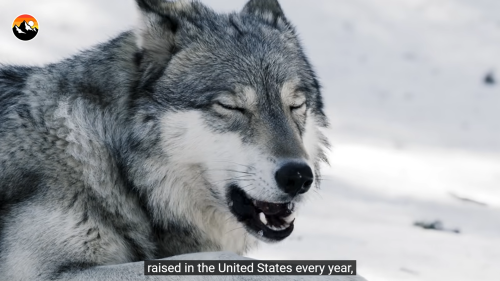 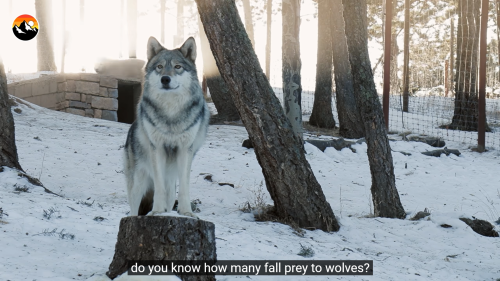 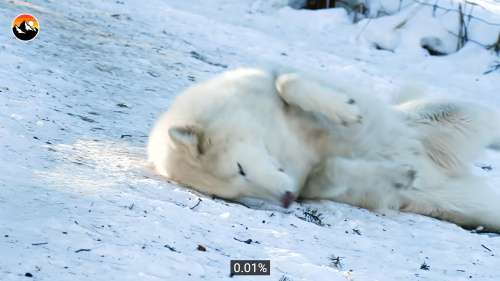 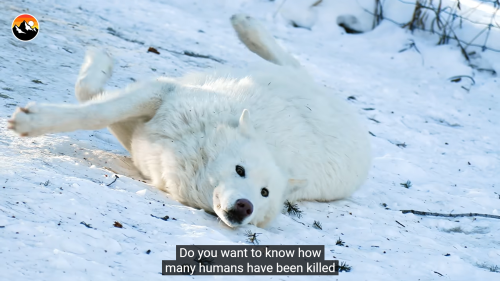 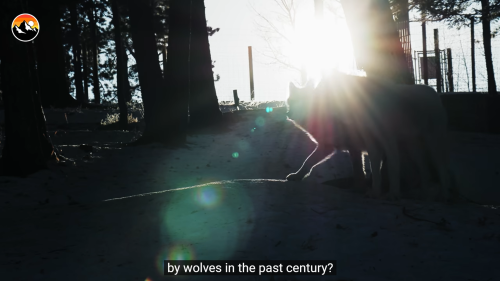 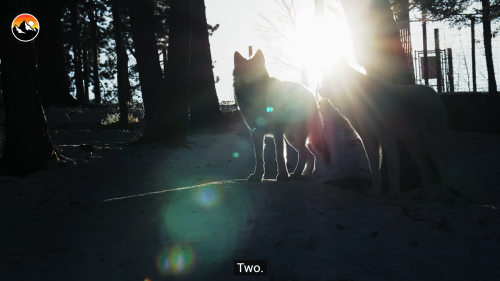 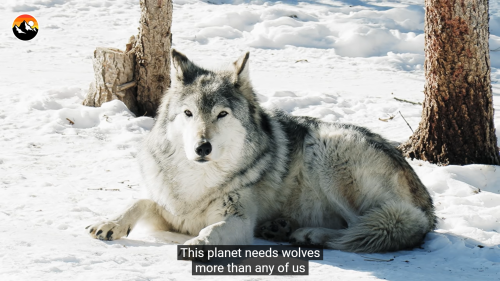 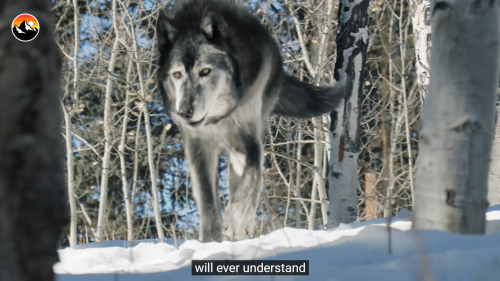 And we’re back with some more of Two Towers

AU where instead of trying to cure her infertility Yennefer just goes around saving random people’s lives and invoking the law of surprise bcos she figures sooner or later it’ll net her a baby. she hasn’t got one yet but she has amassed about 2 dozen dogs so she’s doing pretty well for herself.

1) after a while her habit of swooping in at the last minute to save the day gets her a rep as a legit superhero. she’s like ‘no you don’t understand. I Am Not Nice. I’m doing this for very selfish reasons - stop praising me you don’t get it’

2) ‘I’m starting to think that destiny must be a real thing. there’s no other explanation for how many of my surprises are dogs. destiny is real and destiny wants me to have dogs for some reason.’

Okay but her doing this beFORE Geralt does it and when she finds out that he only had to invoke the law of surprise ONCE to get a baby she goes absolutely feral on him. Just dead silent, furious, finally starts pulling off her jewelry like, “bard, hold my earrings.”

Yennefer: actually can I trade your child surprise for some of my dog surprises

Yennefer: how many dogs equals one child. how about 10? 10 dogs.

Geralt: I don’t think this is how the law of surprise works

Jaskier: Geralt’s child surprise is a princess so I’d say she’s worth at least 20 dogs

Jaskier: but Geralt…. so many puppies Geralt

*a portal opens. dozens upon dozens of dogs come spilling out, racing around and clearly having a great time*

I just added ten years to my life by watching this

TURN THE SOUND ON JUST DO IT

These things are fuckin lethal man, I went on one a couple years ago and it felt like my legs were just swept out from under me

261K notes · See All
bloodredrosewolf·13 hours agoAnswer
weird hc hours! the rohirrim are afraid of ships and the sea DO NOT try to take them somewhere their horses don't like! they will leap overboard even though most of them can't swim

u know what i support it. headcanon approved. water-phobic rohirrim confirmed. the gondorians start talking abt glorious númenor and they’re like no thanks keep the island and the boats lads we’ll take our fields 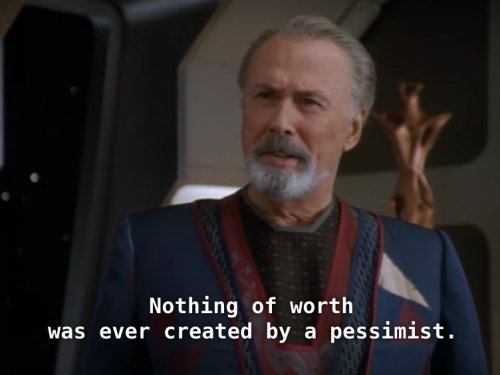 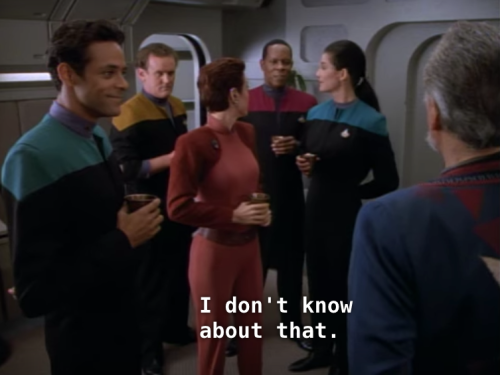 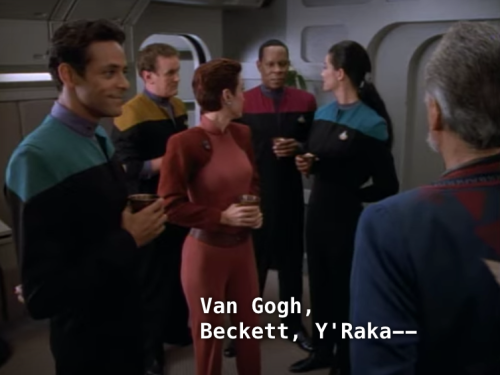 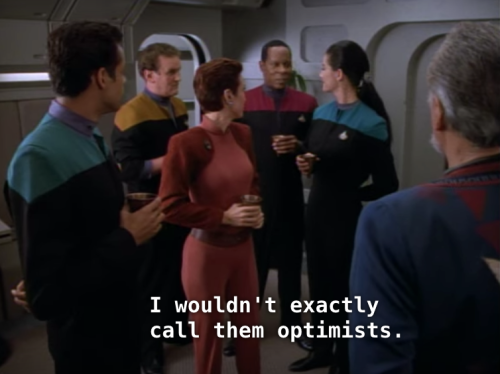 My friend has brought to my attention that Gotham is in New Jersey. 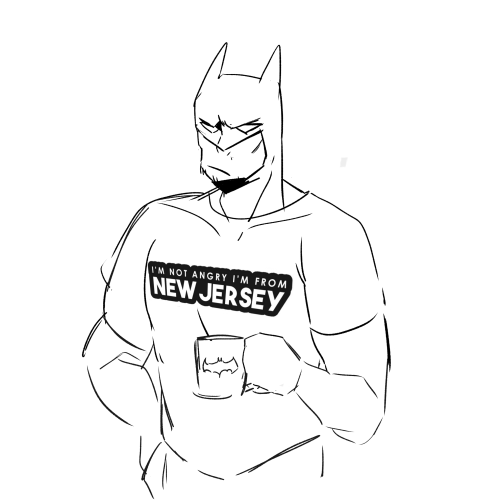 just me n the girls enjoying the nice weather

this is so fucking unsettling i love it

By Philip Jackson. I did not find all of them in his gallery, but 1. Moonstruck, 3. The Sentinels, 4. The Grandees,  7. His Eminence, 8. The Magistrate, 9. Saraband 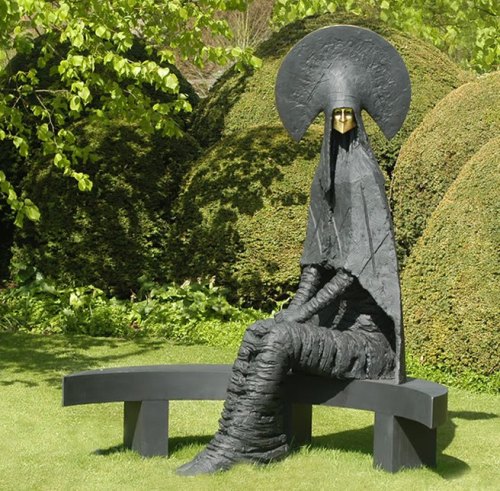 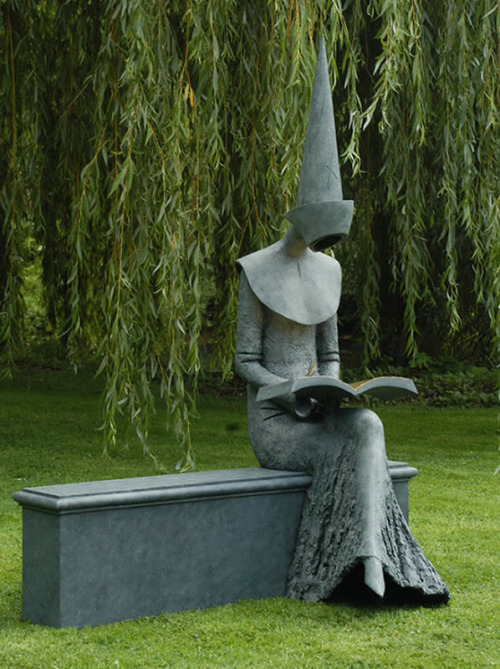 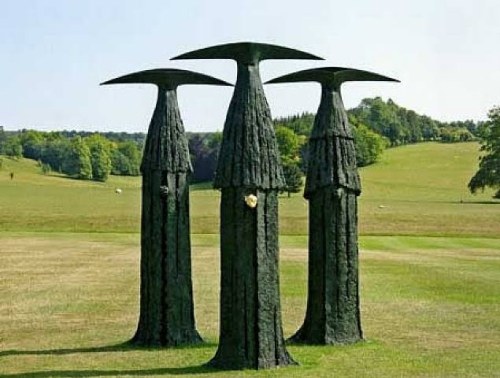 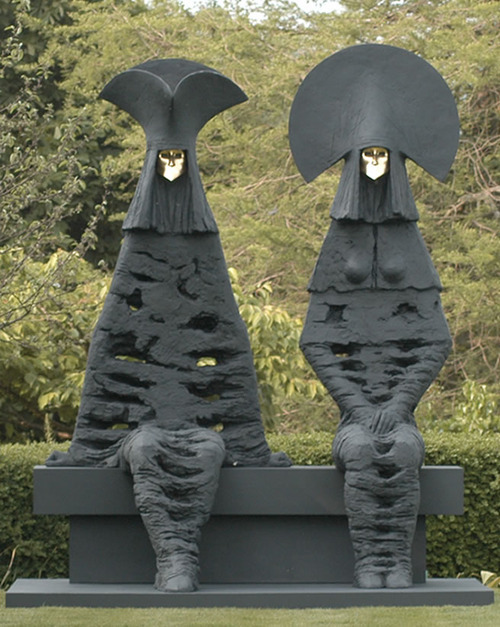 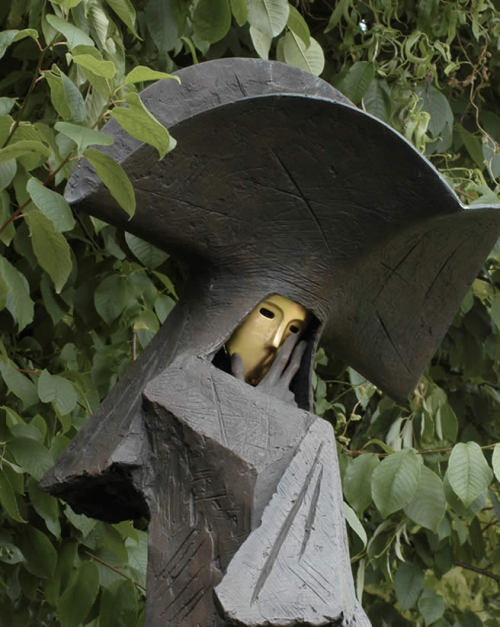 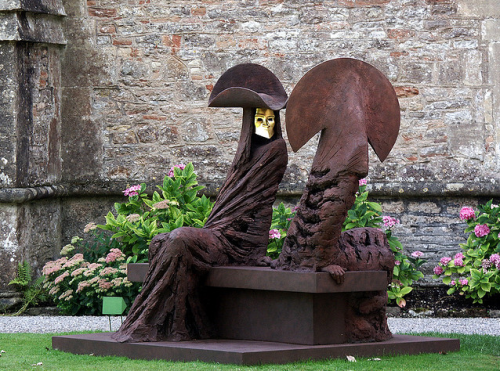 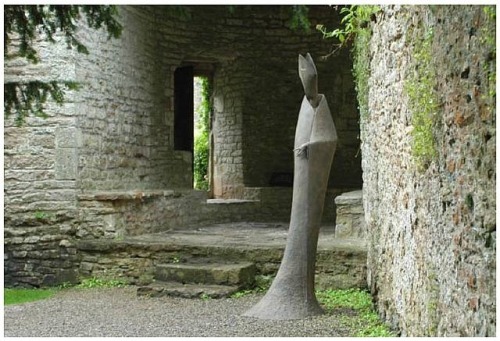 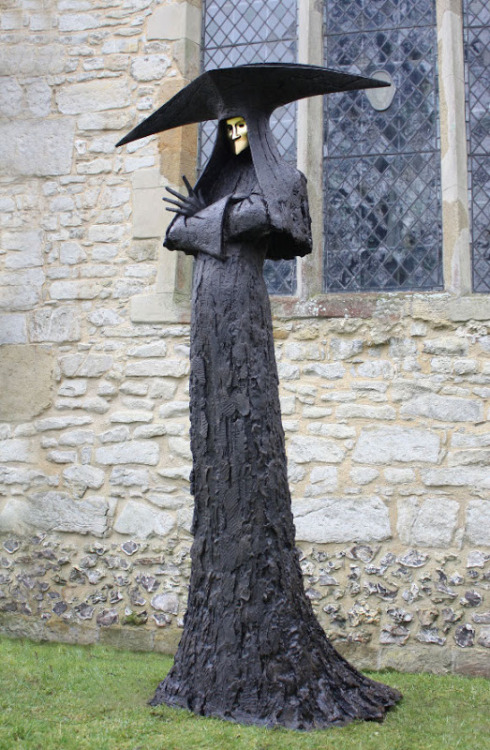 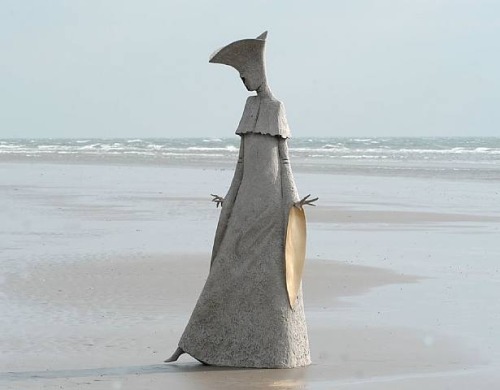 I fucking hate James Tissot’s paintings because in ALL OF THEM there is ALWAYS someone staring right at you, but it’s not always immediately visible. You just feel watched by this mf. Sometimes the little shit is right there at the centre, but others the bastard is just gazing from the distance, it is CREEPY, my guys

STOP STARING AT ME, THIS IS DISCONCERTING AS FUCK

I think this is hilarious. We’ve been caught. 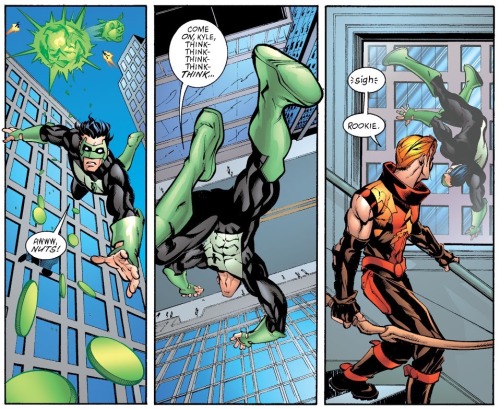 Frodo…I swore to protect you.

#lotr#sometimes I think about how real authority - real kingship especially - is at heart service and submission#and how Aragon spends his life (ranger or king or friend) serving others#kneeling before them#affirming the kingship of other kings EVEN THOUGH he sometimes outkings them!!#and the moment of his greatest authority is really a submission of his will to his vocation#when I say I sometimes think about this#I mean easily 2-3 times a week (via byjovimbeinghumble)

1. Characters whose Names are Secretly Insults:

Samwise: means “Half-wise” or “Half-wit.” He is Stupid Gamgee

2. Characters who Have Way Too Many Names

Examples include Aragorn son of Arathorn son of Arador heir of Isildur Elendil’s son, descendant of Numenor,  Thorongill,  Eagle of the Star,  Dúnadan, Strider,  Wingfoot, Longshanks, Elessar, Edhelharn, Elfstone, Estel, Hope, The Chieftain of the Dúnedain, King of the West, High King of Gondor and Arnor, and Envinyatar the Renewer of the House of Telcontar

Cuz that was all one guy

3. Characters whose parents must’ve been prophets

4. Characters whose families were so lazy that they copy-pasted the same first half of a name onto multiple people

5.Characters whose Names are Expertly Designed so that Newbies can’t Remember Who is Who and Feel Sad

All the people mentioned in number 4
Celeborn, Celegorm, Celebrimbor, Celebrian
All the rhyming dwarf names in the Hobbit
Sauron and Saruman
Arwen and Éowyn

7. Names that are exactly what it says on the tin

Treebeard. He’s a tree. With a beard.

Samwise means Halfwit: appendices of Return of the King

Faramir means “sufficient jewel”: While we’re told that “Boromir” is a sindarin/quenya combo that means “steadfast jewel” (”boro”=steadfast,  “mir”=jewel) Faramir’s name is one of the few never given an exact translation. The two most popular theories are that the prefix “far” could come from sindarin “far” (meaning enough, sufficient) OR from Sindarin “faron/farath”, meaning “hunter.” “Hunter” is maybe what Tolkien was going for, but I like “sufficient” because it’s a lot funnier that way

Theoden is King King: from old English þēoden, meaning “leader of a people” (”King" or “prince”).

Legolas means Greenleaf: From Tolkien’s letters. Laeg is a very rare, archaic Sindarin word for “green” and “golas” is “a collection of leaves.” Some people argue that Greenleaf is more of an epithet than a true last name, that a “last name” being the translation of your elven first name is just an Elf Thing. But people still call him literally Greenleaf Greenleaf and I think it’s funny no matter what the explanation is 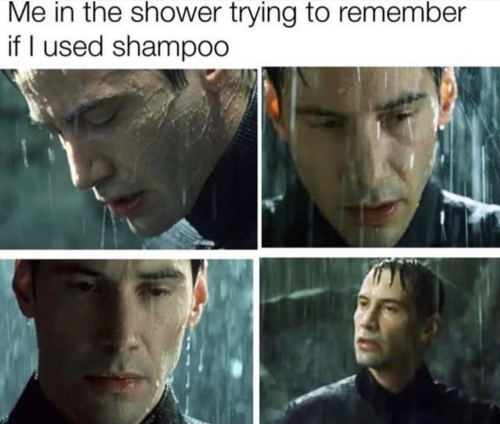 Some eldritch entity really does not want me to post these DC memes…. the third time this morning (0030) that i’ve tried to post this smh 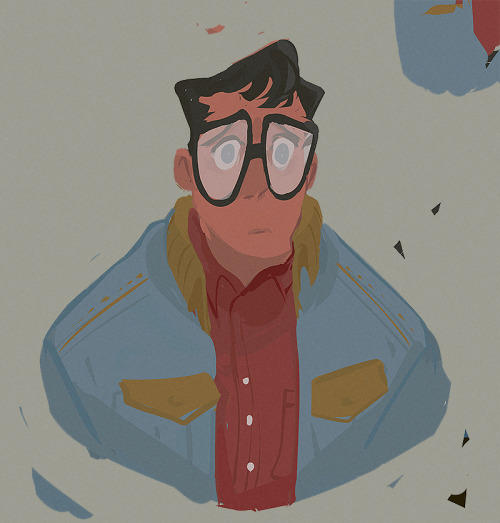