We looked inside some of the posts by bookrat and here's what we found interesting.

Bruiser is one of my 2 pet chickens

The other is Robin

about how tall/long are the yi qi models on average? I couldn't find any info about it but I could have missed it

It depends on the pose a little, but generally around 11 inches long from snout to tail feather tips and 5-6 inches tall

#sculpture, #legend of Legaia, #videogame art, #actually someone else has the charger so I'll probably have to make another of those, #what's left.... spikefish - lippian -maybe the spirit fish but I think you need to cheat to even encounter that one so does it really count?
80 notes · See All
bookrat·7 days agoVideo

A mechanical musical marvel from the late 1800s.

She Looks great! Fuck it up Ethel!

*gobsmacked*  It’s so lifelike!  I’d be afraid to activate it too much lest it wear out, but that’s incredibly cool.

Here is the trailer for our Triceratops playable update! You can get your hand on this game over at Steam. You can also join our Discord to talk to other community members and share in screenshots of your Hell Creek adventures!

#sculpture, #feathered dinosaur, #dinosaur, #paleoart, #vespersaurus, #lots of speculative integument on this one, #it doesn't have a head so I kinda split the difference on it's two closest relatives, #coloring based on an African wild dog
311 notes · See All
bookrat·15 days agoText

Time and Place: 242 to 209 Ma, from the Ladinian of the Middle Triassic to the Norian of the Late Triassic.

Thoracopterus is known from Italy, Austria, and China.

Physical Description: Thoracopterus is one of the earliest known flying fish. Not a flying fish as in the modern group of flying fish (Exocoetidae), but a fish that flies. Thoracopterus’s pectoral and pelvic fins were greatly expanded into wings.. The pectoral wings were almost as long as the rest of the fish! These would have given these fish the ability to glide over the water surface. Besides the wings, Thoracopterus would have looked like an unremarkable fish. Its head was short-snouted and had large eyes, its dorsal fin was placed very far back on the body, and the lower lobe of the caudal fin was longer than the upper one.

Diet: Thoracopterus likely fed on smaller animals, which given how large it was (10 cm at most), would have probably been mostly plankton.

Behavior: It is presumed that thoracopterid behavior was very similar to those of modern flying fish. When threatened by predators, Thoracopterus would likely swim particularly fast to break free from the water surface. When in the air, it would fan out its fins to glide in the air for a considerable distance (modern flying fish can glide for up to 45 seconds), hopefully evading the predator. Jumping is also used during spawning displays in modern flying fish, so this may have also been the case for Thoracopterus. As a small pelagic fish, Thoracopterus likely lived in schools - small pelagic fish tend to do that, because that reduces the chance each individual has of being eaten.

Ecosystem: Thoracopterus fossils are found in Europe and China, which… is the case for a lot of Triassic marine animals, actually. Each environment was pelagic, but probably not too far out from the shore. In Europe, Thoracopterus lived alongside a variety of other fish, such as Belonorhynchus, Saurichthys, Graphiurichthys, Paralepidotus, Peltopleurus, and Pholidopleurus, as well as decapod crustaceans. In China, Thoracopterus lived alongside ammonites like Ptychites and Detoniceras and early marine reptiles, such as the thalattosaur Xinpusaurus and the nothosaur Keichousaurus.

Sources under the cut

And there’s a reason why: the fossils are not very good

Scientists discovered these eleven years ago, and yet they still haven’t named them at all.

(Art made by Mark Witton)

The material is very fragmentary and not very well preserved. So there are no distinguishing features we can see that can confirm it as being different from all other azhdarchoid pterosaurs. It’s likely a distinct species from the size and time+place, but we can’t point out any feature that unambiguously tell it apart from its relatives

I’m not scientist but let’s name them Susan, Lulubelle, and Jill

Been getting some gross usernames in my notifications, so here’s a periodic that trans women are women and terfs can fuck right off

#no dinosaurs for bigots, #while we're at it, #all cops are bastards and trump is a fascist who deserves to drown in his own blood if there's a shred of karma in the world
106 notes · See All
bookrat·23 days agoText

“i grew out of my dinosaur phase” shut up. your dinosaur phase isn’t something you “grow out” of. real adults know that dinosaurs are cool as fuck.

#sculpture, #paleoart, #pterosaur, #there was a lot of outside influence in this one's design and I don't think I care for it, #there's a trick to making things ugly where they should still be appealing, #and this falls a bit short, #also I ended up fighting tooth and nail against using a David Peters skull reconstruction for the skull but a little bit still got shoved in
670 notes · See All
bookrat·a month agoText

That straight up is exactly what I expected corvid art to look like tbh.

This is the most goth shit I’ve ever seen

If you would like to get your own cute dino commissions, check out my Patreon to find out more! 💚https://patreon.com/join/TalunsArt 💚 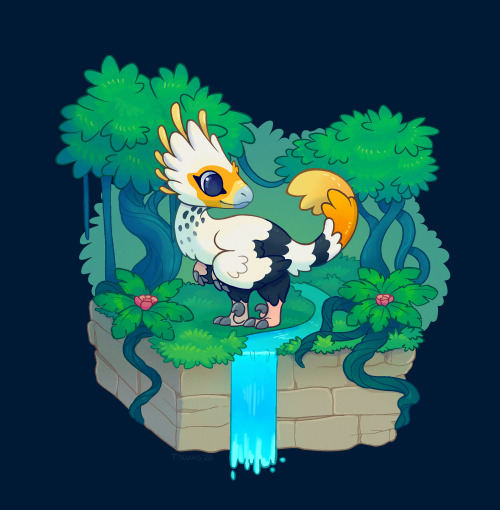 Your sculptures are so amazing I'm in love with them 😍 Hey do you think t-rexes and all the big dinos could have been covered in feathers??

While it’s a pretty safe bet to say any kind of dinosaur could have had feathers, current skin impression evidence suggests the really big ones over 5 tons were not fluffy, or at least not fluffy as adults

#since display feathers are a whole different thing we're left with the horrible possibility, #that something like therizinosaurus could have looked like an early 2000's abomination like the Ark raptors, #that's been preying on my mind a lot lately, #does this ask feel like bait? i feel this ask might be bait
19 notes · See All
bookrat·a month agoAnswer

Yeah, there’s a pretty sizeable dinosaur fandom out there. If you want some paleo blog recommendations, here’s a few:

an expert analysis of my five day old chicks

an expert analysis of my four week old chicks

by popular demand: an expert analysis of my seventeen week old chickens (soon to be laying eggs) 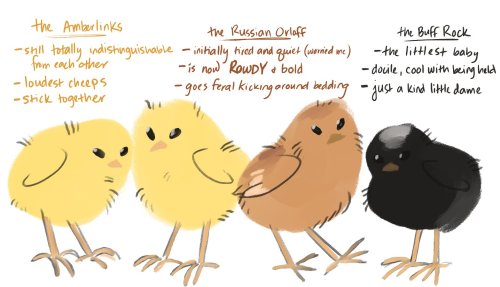 whenever i manage to start living on my own and have more space to decorate than a single bedroom, one of your models is at the top of my list of stuff to get (along with a long furby). greatly looking forward to a future where my decor choices will intrigue and confuse guests

You have excellent taste. Good luck on the quest for independent living space, anon!

#I love those long furbies they're so subtly disturbing, #if I lived in a house I'd make a bunch of videogame monsters for decoration, #like a pair of kemaro and iguion statues in the entranceway
17 notes · See All
Next Page