We looked inside some of the posts by bootyful-seventeen and here's what we found interesting.

i lov goofy boys thats so my type

#I laugh at this everytime, #and idk if I should or shouldn’t ever date a goofy guy like they’re the most dangerous ones, #one minute they’re cracking a joke and then next your pants are gone
329K notes · See All
bootyful-seventeen·an hour agoPhoto 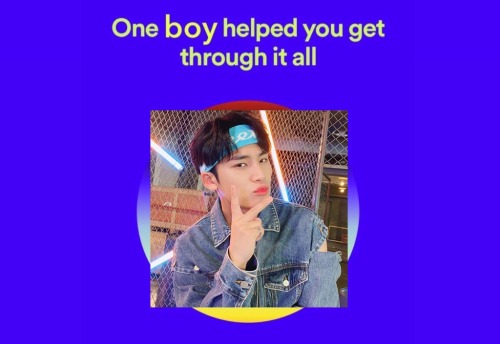 #I’m going to get so much cuteness... and no one can stop me even if I should be
6 notes · See All
bootyful-seventeen·a day agoText

#and they were talking about a fucking anime man too!, #..... it’s a fucking mood tho and I’m hiding
6 notes · See All
bootyful-seventeen·a day agoText

Send me a number for songs from yearly playlists!

i just think that an ode: hope ver. minghao

spotify wrapped is HERE! send me a number 1-100 and I’ll tell you the song it corresponds with on my top 100 playlist

#replace spotify for Apple Music and let’s get this shit, #and let’s spice it up a bit by making it for the playlists from 17 18 19 and 20, #so drop a number and specify the year to see what I was boppin to
71K notes · See All
bootyful-seventeen·a day agoAnswer

Apple Music does a replay 2020 that’s smth like spotify wrapped! Idk much about it though but look into it

At first I thought this was gonna be the most listened 25 but there is a top 100 playlist!! I just had to scroll all the way to the bottom of the listen now tab for it and from looking at the first few I’m not even surprised that 2 songs from the untamed was pretty high up

#ask, #answered, #anon, #random, #it went all the way back to 2017 so it’ll show me what’s been stuck in my noggin for those years, #now if YouTube did that I would cry, #‘here’s your top 100 replayed videos you lonely weeb fuck’
1 notes · See All
bootyful-seventeen·2 days agoText

#5sos was no1 and svt was no2, #social casualty was my top song and it has been my fave for years, #hekdjfkf but the top 5 artists tho, #I’m fucking cackling, #now if Apple Music did this I know I’d feel so ashamed of what it tells me I listen to a lot, #I’m glad they don’t do that
12 notes · See All
bootyful-seventeen·2 days agoText

#I need to spread the songs of our lord and saviour spyair to bless the ears of others, #even if people only know of their songs that were used as anime openings it’s fine, #they’re just so good I need to share
4 notes · See All
bootyful-seventeen·2 days agoText

#my friend came over cuz she tried to cut her hair herself and it didn’t turn out very well, #I got my hands on her head and not only did I fix the uneven cut but I also fixed the side bangs she tried to give herself, #I got showered in praises and I liked it a lot cuz she liked it so much, #ahahahahhahahahhhahaaahhhhhhhh I’m glad I’m low key the no 1 for my friends when it comes to cutting hair, #cuz after an ex friend messed up their hair I’m honoured to be able to get near with scissors
5 notes · See All
bootyful-seventeen·2 days agoText

#oh fuck and we both have glasses fuck me in the ass, #all I need is a blue hat and I really am this fucker
4 notes · See All
bootyful-seventeen·3 days agoAnswer

It IS. Like a few days ago I was on nctzen twitter when I saw tweets of fans freaking out and saying "MARK LEE GOOD KISSER" and when I saw the video that was proof, he was just drinking from a bottle of water....

I feel like a gen z boomer for kpop now. Is that what I've become? I've only liked kpop for 4-ish years

#ask, #answered, #random, #how crazy would it be if an Addams Apple moved diagonally too
8 notes · See All
Next Page