borjeskonsonans
Zzzzz
27 yo, composer, socialist. Interested in art, movies, music, video games, the usual.
Explore Tagged Posts
Trending Blogs
Statistics
We looked inside some of the posts by borjeskonsonans and here's what we found interesting.
Inside last 20 posts
Time between posts
122024.55
Number of posts by type
Photo
9
Video
2
Audio
0
Text
7
Chat
0
Answer
0
Link
2
Quote
0
Fun Fact
The majority of Tumblr users, 36%, are aged 18-34, a coveted market for most companies.
borjeskonsonans · 86 days ago
Photo

A bird rests on the head of a white-tailed deer roaming free in San Jose Villanueva, El Salvador. 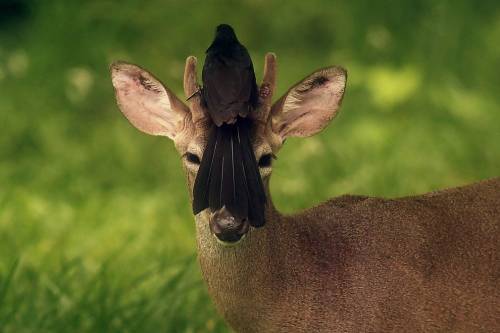 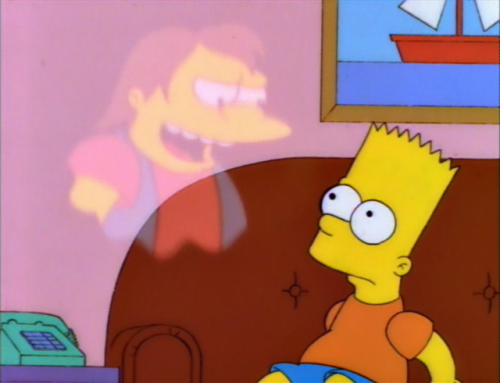 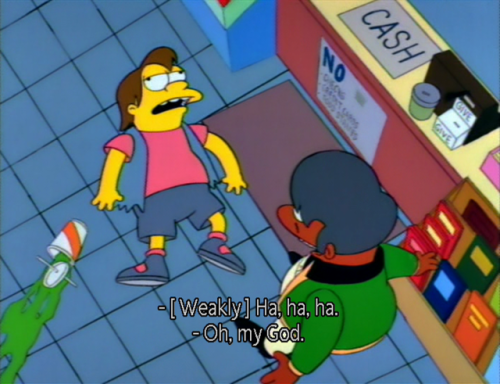 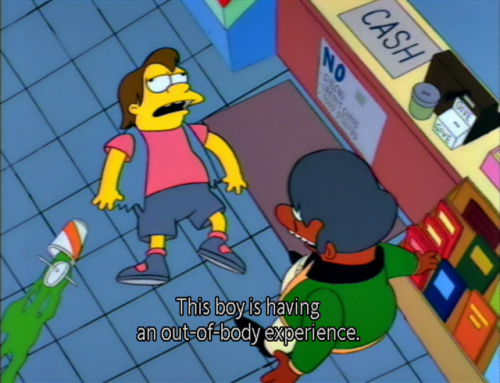 22K notes
borjeskonsonans · 173 days ago
Video
294K notes
borjeskonsonans · 187 days ago
Link
Analysis | We are living in Hideo Kojima’s dystopian nightmare. Can he save us?
https://www.washingtonpost.com/video-games/2019/11/08/we-are-living-hideo-kojimas-dystopian-nightmare-can-he-save-us/#click=https://t.co/VXxs22vKVX
<p><a href="https://paxamericana.tumblr.com/post/640043211201609728">paxamericana</a>:</p><blockquote><p><i>“The untested truths spun by different interests continue to churn and accumulate in the sandbox of political correctness and value systems. Everyone withdraws into their own small gated community, afraid of a larger forum. They stay inside their little ponds, leaking whatever ‘truth’ suits them into the growing cesspool of society at large. The different cardinal truths neither clash nor mesh. No one is invalidated, but nobody is right.”</i></p><p>NEW YORK ⁠ — Just two months after the Sept. 11 attacks, Hideo Kojima published these words in what was the most highly anticipated video game of the early new millennium, Metal Gear Solid 2: Sons of Liberty.</p><p>The game’s carefully crafted and exciting trailers promised an intense espionage experience. What Kojima didn’t say was that he also wrote a trippy cautionary tale about how information on the Internet can travel quickly and unfiltered, how people will retreat into political and social echo chambers, and that this digital disarray will only confuse future generations and historians.</p><p>But in a world that was yet to create MySpace — let alone Facebook and Twitter — Kojima’s fears of information warfare were dismissed as “Matrix”-inspired gibberish. After all, the game’s main theme was “meme,” ideas and customs that spread person to person. At the time, it was a term that didn’t yet have the valence or wide use it enjoys today. The first Metal Gear Solid’s theme was about struggling with your genetic identity. Metal Gear Solid 2 was about everything else passed on, memetics, cultural traits and social norms, and how social evolution is threatened by junk data crowding the Internet’s discourse. Crowding caused by what the game derisively called a “sea of garbage you people produce.”</p><p>Fast forward to today: Kojima’s dystopian future has become our current reality.</p><p>It’s a reality where studies show <a href="https://www.people-press.org/2011/04/08/civil-war-at-150-still-relevant-still-divisive/">Americans even struggle to find common understanding around what caused the Civil War</a>. Social media, a parallel digital society, has a reputation for being self-absorbed and mean. Some of those who built that space, like Facebook’s Mark Zuckerberg, <a href="https://www.washingtonpost.com/technology/2019/10/17/facebook-ceo-mark-zuckerberg-says-interview-he-fears-erosion-truth-defends-allowing-politicians-lie-ads/?itid=lk_inline_manual_10">fear the “erosion of truth</a>,” but won’t take action against lies and manipulated facts spread on their platform. Governments and media constantly call into question the actuality of our lived experiences.</p></blockquote>
158 notes
borjeskonsonans · 240 days ago
Photo

Kingfisher and a Crane ~ Arun Kumar 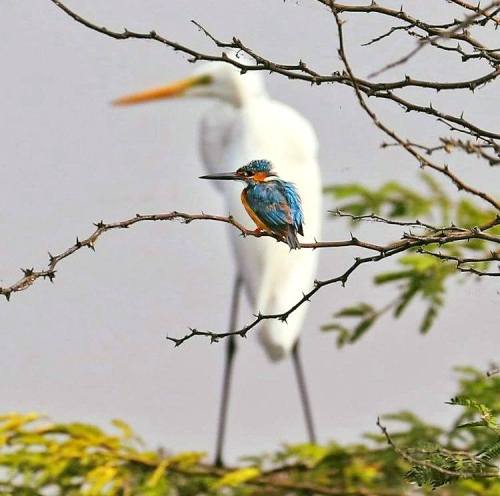 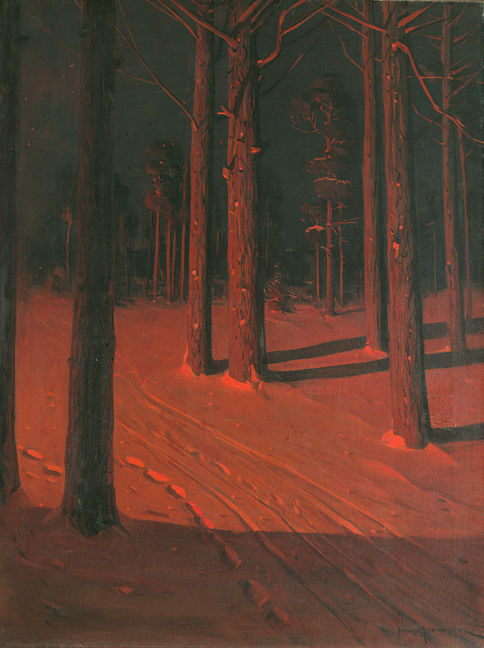 #178 Xatu sees something mystical in the fumes! 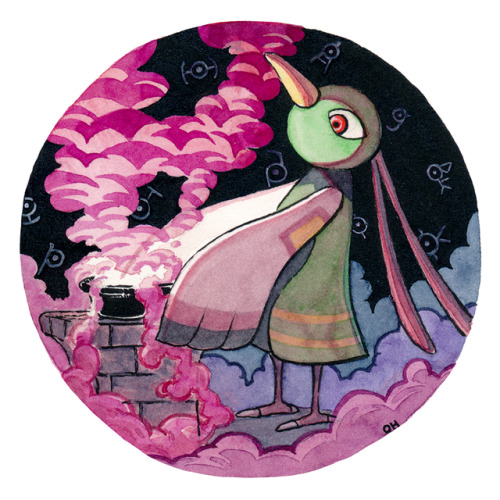 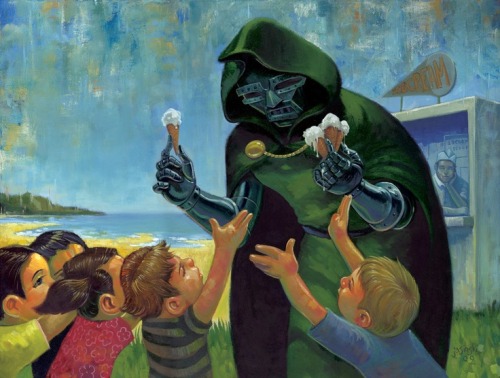 4K notes
borjeskonsonans · a year ago
Link
Pet Fish Discovers Glitch In Pokémon Sapphire
https://kotaku.com.au/2020/10/pet-fish-discovers-glitch-in-pokemon-sapphire/
<p><a href="https://afloweroutofstone.tumblr.com/post/638873104649781248/pet-fish-discovers-glitch-in-pok%C3%A9mon-sapphire">afloweroutofstone</a>:</p> <blockquote><blockquote><p>A YouTuber’s pet <a href="https://en.wikipedia.org/wiki/Siamese_fighting_fish">betta fish</a> accidentally stumbled into a rock duplication glitch in Pokémon Sapphire that doesn’t appear to have been previously reported.</p><p>Lala, who belongs to Japanese YouTuber Mutekimaru, was wandering around the 2002 Game Boy Advance game’s Seafloor cavern when it made the discovery. The fish was pushing boulders around with the help of the HM Strength ability for several minutes when, eventually, the boulders started to multiply when pushed. “Moving in a specific pattern you are able to reset some of the Rocks and instead of moving them around you can create duplicates,” Pokémon modder eclipse_tt, who shared a clip of the discovery, <a href="https://twitter.com/eclipse_tt/status/1314650152381100039">explained on Twitter</a>. Mutekimaru was able to later to go back and recreate the glitch…</p><p>Back in June, Mutekimaru <a href="https://www.kotaku.com.au/2020/07/pet-fish-is-trying-to-finish-a-pokmon-game/">used a tracking camera and a circuit board</a> to calculate inputs for the game based on which quadrant of the fish tank their fish swam to. The YouTuber then put Lala and three other fish to work playing Pokémon Sapphire to see if they could, given enough time, eventually clear the entire game through random luck.<br/></p><p>The effort draws inspiration from past projects like <a href="https://www.kotaku.com.au/2014/02/the-miraculous-progress-of-twitch-plays-pokmon/">Twitch Plays Pokémon</a>, and is also based in part on a similar fish-tank gaming interface dreamed up back <a href="https://www.kotaku.com.au/2014/08/a-real-fish-appears-to-be-playing-pokemon-right-now/">during the 2014 HackNY hacking festival</a>. So far though, this appears to be the first attempt that’s ever led to a genuinely new gameplay discovery. It only took Lala and co. 2,333 hours to find their first glitch. Who knows what else they’ll uncover over the rest of their journey?<br/></p></blockquote></blockquote>
451 notes
borjeskonsonans · a year ago
Photo 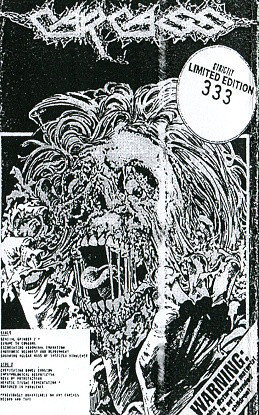 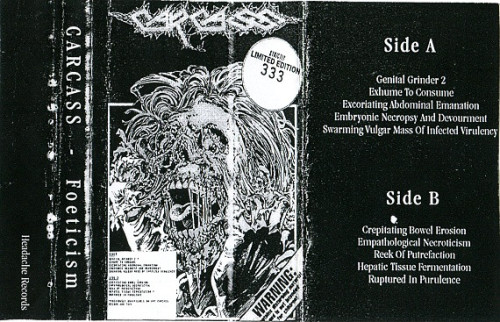 233 notes
borjeskonsonans · a year ago
Photo

Merry Christmas to everyone except whoever made this 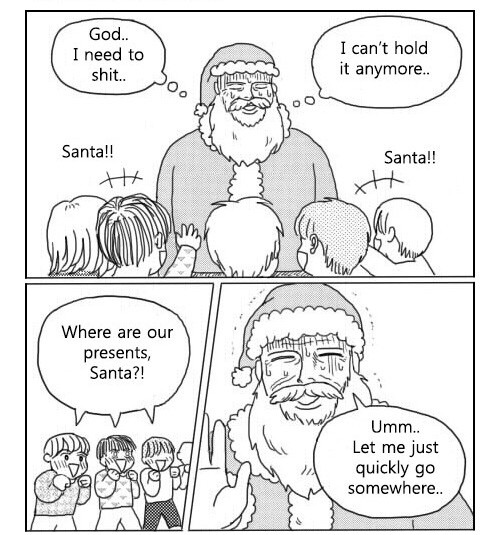 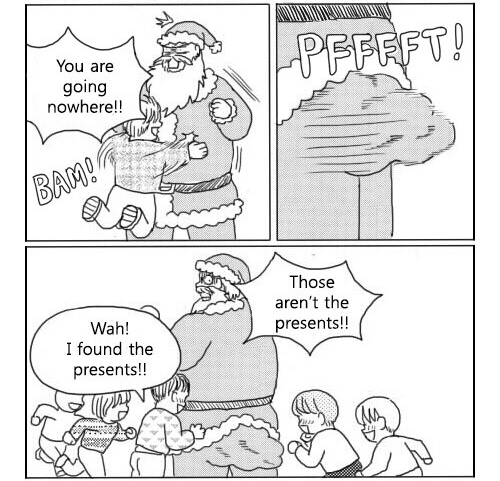 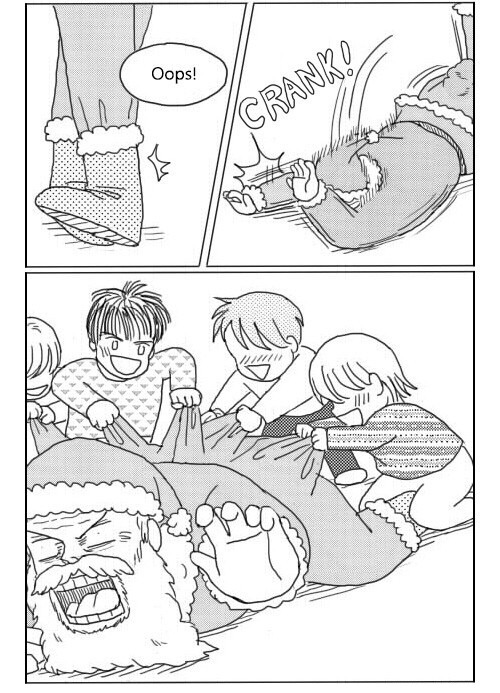 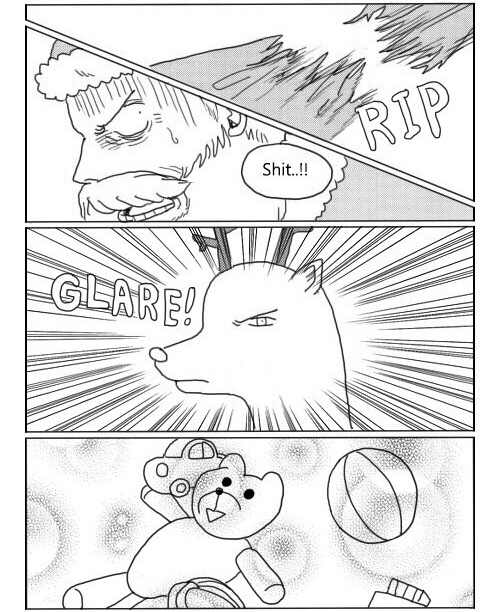 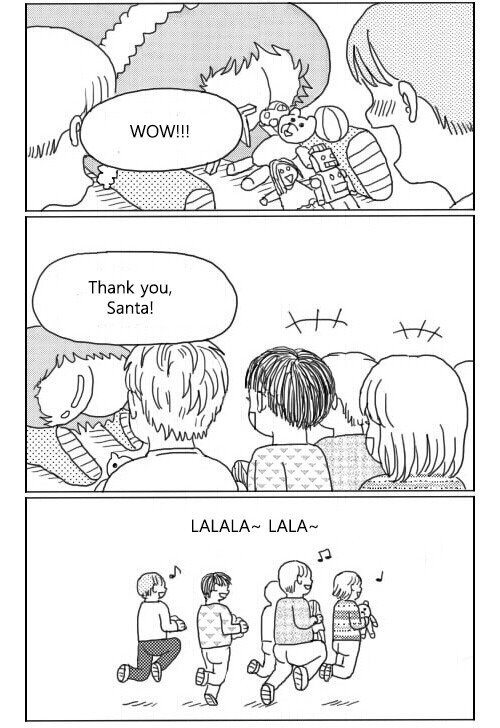 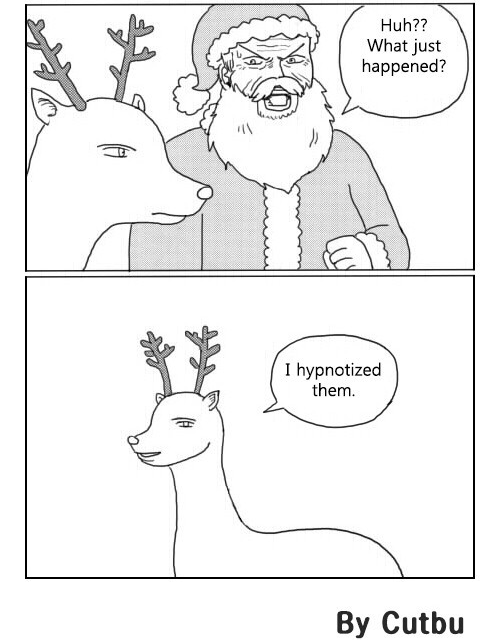 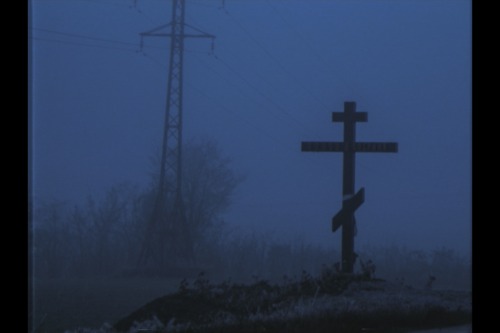 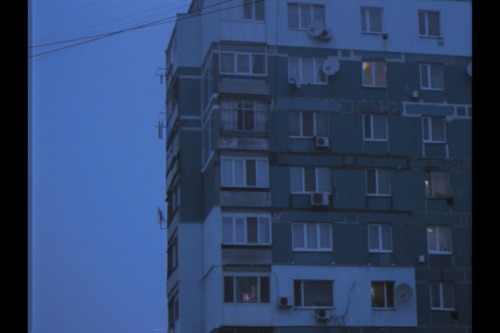 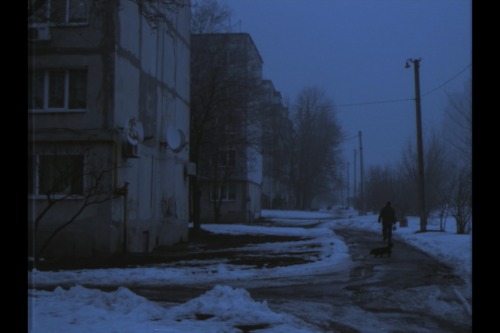 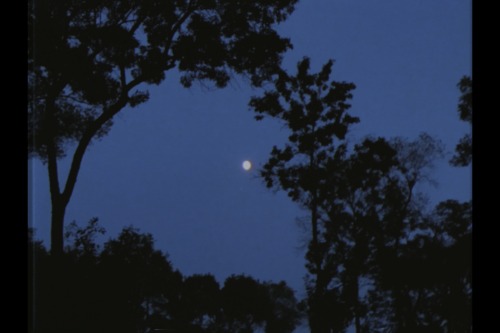 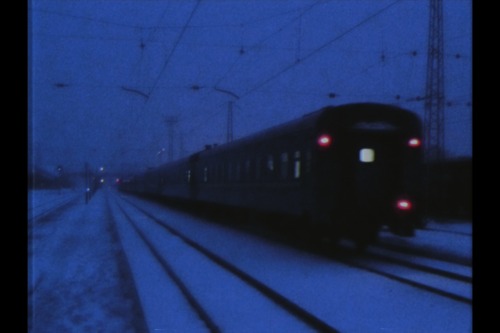 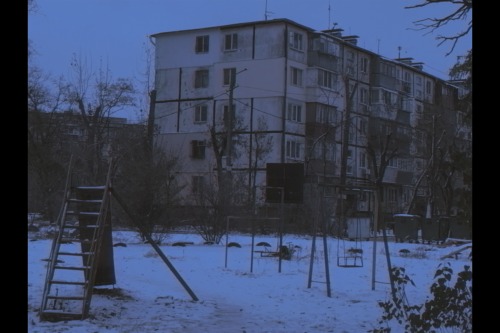 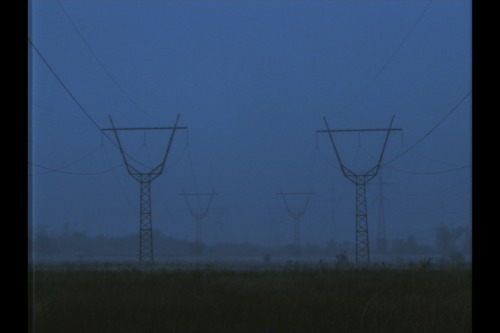 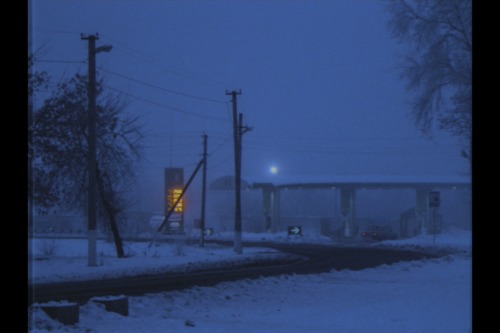 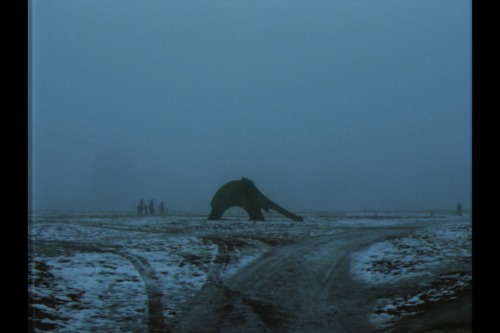 Ping-pong and drumsticks and rocks, oh my! Pitch-and-sound pods burst, vanish or simply seep into one another, errant music molecules colliding, bullying their ways to prominence. No stone is left unexamined and many are hurled, creating a universe more inclusive, jarring and whimsically immersive than any L. Frank Baum or the good folks at MGM imagined as Hole in my Head sweeps and bludgeons its way toward the denouement that never quite arrives.

Need to get my hands on this CD