Edgy deadbeat with no talent or social life

We looked inside some of the posts by burningsheephideout and here's what we found interesting.

What is your opinion on this image

They really added this faction to skyrim with unique equipment and a completely wild way of doing magic and they’re just one of the standard, un-interactable enemy groups

anyway skyrim belongs to the forsworn

TIL that due to altitude, your tastebud sensitivity to salts and sweets are reduced 30%. And because 80% of what people think is taste is actually smell, the 12% humidity in a pressurized airplane cabin causes odor receptors not to function, food tastes twice as bland than on the ground. 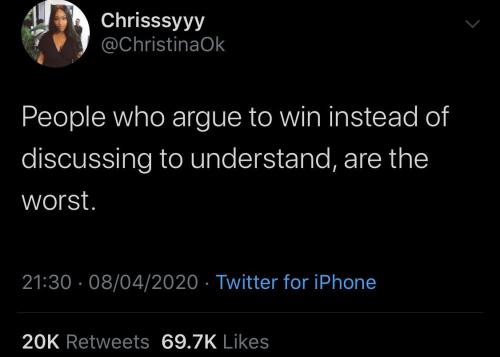 Bible-splaining to the Pope, wtf.

This is so fucking amazing to me.

This is an excellent shieldwall.

me being a space gay in mass effect:

me when I see Grunt:

I saw this series of tweets and thought I should share it here. To anyone who wears docs: please be aware of lace code. Although many newer/younger alternative folk are unaware of it and it might seem “outdated”, it’s still important to be aware of (especially if you plan on going to any protests). You don’t want to be disrespectful or unintentionally align yourself with the wrong people.

find me a place in 2020 that genuinely uses (or even knows about) the lace code. these were probably people who are way too online and found some old tumblr post about lace code and believed it

I said this in the tags before but I’ll say it here instead so that people will be able see it in the “reblogs” section of this post:

I’ve heard people argue that lace code is not important or “a thing” anymore. It’s true that a lot of younger folk are unaware of it and don’t follow it, especially since the rise of 2000s emo culture had kids wearing docs with all different color laces and other “punk-inspired fashion” without being aware of the culture. I totally get it.

I think it’s still important to be aware of it though. You can see in the screenshots above there are still people who know about it. And there are still groups who use it (as well as other things) to identify each other in a crowd. Obviously if you’re living your daily life just minding your own business people probably aren’t gonna think twice about your laces. Nobody is gonna think anything of a random teenage girl at the mall wearing white laces, for example. But at certain scenes or among certain crowds, it has meaning to it and I think it’s good to be aware of that. I think asking someone not to wear the white laces on their docs at a blm protest is fair. If anything, it’s just a matter of safety.

omg I really should have put everything in one long post. I already said this in another reblog ;.; Yes, the colors can vary depending on the area and can sometimes even vary among different scenes in the same area. However, the “white laces = white supremacy” thing is pretty common in a lot of areas. It’s definitely not just an American thing. It literally started in the UK as a way to distinguish racist skinheads from the originals/non-racists.

This is probably the last time I’ll reblog this but here are some asks I got regarding this post. I thought I should add them here!

I’ve seen multiple late teens-to-20-something nazi skinheads with white ladder laced boots in 2020. And yes, you can 100% tell they mean it, so be careful.