Parks and Rec has taken over my life ✌️

We looked inside some of the posts by bxrgesses and here's what we found interesting.

Didn’t you know???? Love is stored in the beans.

heck yeah they are

where is my bastardization arc

To all content creators out there, how do you overcome the feeling that what you are creating is Cringy??

start doing it on purpose and it slowly becomes unironic

Yeah, it’s called respecting your friends’ privacy and understanding that it is unreasonable to expect someone to be available to you 24/7.

Me and my best friend may not talk for months on end and then suddenly I’ll get a text going “Oh my god, I need to tell you this now” and she’ll start sending me pictures of her new cat and we’ll talk like no time has passed. Friendship is knowing that you don’t always have to be present in each others lives at all times to matter to each other or think of each other. Time & distance don’t matter when you care about someone.

Literally not a single person:

Not a single living organism in the known galaxy:

My brain when I’m trying to sleep:

If you notice me reblogging

please let me know, you’re not rude or annoying and I actually do give a fuck and I will correct my mistake, thank you

I’m gonna reblog this here because I reblog a lot of art and sometimes I hesitate because I’m not sure if it’s a repost. But if you guys see me reblogging something that was reposted instead of the actual source, PLEASE LET ME KNOW so I can take it down.

This also applies if you see me reblog something from

I love being told that! I will gladly delete that reblog

valid for ALL of my blogs yall, lmk

Or if I just did something bad. Please tell me, I don’t want to come off as a twat.

someone: quit bouncing your leg
me: hesitates but continues to lowkey bounce my leg

bounces leg but now with guilt

SMASH that mf reblog button if u love she/they nonbinary people!! Youre never gonna be Woman Lite, your gender and indentity are all you own!!! Kiss your local she/they square on the lips

Fucking prepare yourself for this one

I just have important things to do. Things I care about.

Fun fact about me

I had HORRIBLE handwriting my entire childhood. Consistently got failing grades on homework and tests because no one could read my writing.

And then I hit middle school. I saw the “popular girls” getting praised for their stupid cutesy heart over the I writing. I saw people I could run mental circles around without breaking a sweat getting good grades, because the teacher could read their writing easier.

So I started copying it.

And wouldn’t you know, my grades improved!

But of course, if you know me, you already know….there’s no WAY I was gonna stop there. Oh no.

As a ADHD/Autistic, I did what any self respecting nerd introvert would do- I hit the library. And I researched. The evolution of the written language, the evolution of alphabets and writing styles from Ancient Greece all the way through the Spencerian movement.

And I fell into calligraphy. I hyperfocused.

And over the course of a year, developed my own cursive hand (going from never writing in cursive) that was a loose blend of Palmer, Spencerian, Chaucurian and 16th century Italian italics, with a lot of acender and defender flourishes.

I did reports in 17th century italics.

And my teachers went from hating me for my horrible, illegible handwriting, to loving the sudden shift to legible bubble letters, to hating me again because they couldn’t read my writing again, but for a different reason.

Only now, they didn’t really have a good reason to be mad, because if they admitted to not being able to read Chaucerian font, they’d be admitting that they couldn’t comprehend someone performing at a level of education and familiarity with the written language far above their own skill set (yes I had one teacher actually admit that to me in 8th grade. I genuinely respected her for it and picked a font that was easier to read than blackletter for her class).

And so began my descent into the rabbit hole of medieval illumination and calligraphy.

(The bottom image has my celtic art business logo for Art of the Ancients; im on Instagram, but haven’t updated in a long while because I’ve been busy with other projects and there wasn’t a heck of a lot of interest. I still do commissions though)

Bob Ross once said, “A talent is just a skill you’re willing to practice.” I heard that, ran with it, and never looked back.

I haven’t seen this posted yet but it gave me chills.
(Credit to grable424 on YouTube)

A fucking god made this masterpiece

also here’s the YT link, please click it and let it play so that the video creator gets that sweet, sweet feedback and engagement and monetization:

buck : I can’t find my phone

buck : I can explain

Yes I can get turnips now! I got 20 turnips for 93 bells per turnip!

I got a bridge construction kit! I haven’t made it but I’m super excited to

Also they’re not there yet but I’m super excited because i think Stu, Bangle, and Fauna, all 3 villagers I invited from my nook miles ticket excursion thingys, are all moving!! Aaaaaaaaa!!!

I can use reactions now!

Right now I only have Joy, Delight, Surprise, and Greetings!

Woooo! I made a bridge!!

Tom nook gave me 3 house construction kits that I needed to place and then make all the furniture for. I placed and made all the furnishings for house 1, who Stu is going to move in to! Yay!

And then I made a cool starry dress

It’s very floofy and it sways when I walk and when I pole vault and I like it :))

Then, actually later, I made some more stuff!!

I made a purple dress with teal hearts

And I made a tshirt that says

And that took up both the front and the back lmao 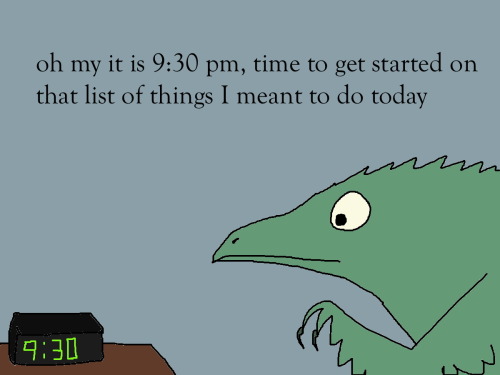 i honestly dont get why people stopped reblogging things they like on here bc like what are you afraid of??? people thinking youre cringey?? guess what bitch! youre on tumblr! it’s all cringey! reblog everything you like and do it shamelessly no one fuckin cares