Deaf to all but the Song

We looked inside some of the posts by candypinkyoukai and here's what we found interesting.

For April Fools, Lily Black has chosen to dress up as her sister. She’ll be Lily White for the day, and no one will suspect a thing.

“Huh? I’m making a complete what out of myself?”

“THE most embarrassing thing you’ve ever seen?”

#guest muse: reisen, #guest muse: yorihime, #what did reisen do that was so embarrassing? you decide!, #i'll add the nerd rabbit eventually...i just have to read all the stuff she appears in first
5 notes · See All
candypinkyoukai·8 days agoText

Lily Black doesn’t know this herself, but she often mumbles stuff about spring in her sleep, saying stuff like, “Don’t worry little creatures, I’ll save you with the power of spring…!” As you can imagine, her sister gets a lot of enjoyment out of this.

candypinkyoukai replied to your post: “I charge a million yen if you pet me.”

“…Please? I just wanna feel your ears once.” You can give Alice a cousin discount, can’t you Chen?

“…Alright. But be gentle.” She proceeds to remove her hat. Go ahead, Alice!

With an enthusiastic nod, Alice would begin petting the nekomata’s ears. Oh, so soft… Truly, this is bliss…

During the cold, moonlit night, that was when these two youkai were supposed to become active, performing the usual task of hunting down lost humans as expected of their kind, among other things. Mystia also had her lamprey stand to worry about, but there were two things preventing the couple from going out to take care of any responsibilites they had: laziness, and attachment for one another.

Thus began the sparrow’s internal conflict: should she stay with Wriggle, or do her job as a youkai? She couldn’t just keep sleeping like this all night–that would make her just as lazy as the darkness youkai! But she couldn’t deny that spending time with Wriggle, albeit not doing much besides lying around, was just sliiightly more enjoyable than making humans suffer.

No…she couldn’t become like Rumia. That would be a fate worse than getting sealed away by the red-white miko. Her job as a youkai was most important. Mystia sat up. Streching her arms out with a yawn, she intended to take her leave soon. She could always just come back later, after all..

What would quickly change Mystia’s mind, however, would be the firefly youkai quietly cuddling up to her, as if asking her not to go. Oh…Wriggle’s sleeping face was so cute, now she couldn’t leave…

…well, she could just handle the important stuff later. Now was cuddle time. Lying herself back down, Mystia would cover herself up, holding Wriggle close as the sparrow would drift off back to sleep.

#mcsesofhope, #overflowing-with-cuteness cutie; mystia lorelei, #i forgot i had this in my drafts, #hunting down innocent humans is nice and all but cuddling with your girlfriend takes top priority...
1 notes · See All
candypinkyoukai·16 days agoAnswer
Lily Black should go see that Chicken girl. She supposedly helps cure sore throats

“Not me, dummy! I’m a night sparrow! They’re talking about Kutaka!”

She screamed out the word ‘Spring!’ too loudly. Now her throat hurts and it’s hard to talk.

#alternative fairy herald of spring; lily black, #at least she made her sister proud!
4 notes · See All
candypinkyoukai·16 days agoText

Oh look, White is back.

“Good good sis! Just speak more from the diaphragm. Take in a deep breath, puff out your chest, hold out your arms and shout the message thats been building up for an entire year.” She did as she said, Turning away with her smile simply beaming as she shouted. “ITTSS SPRRINNG TIIMEE!” With her message said she looks back at her sister. “Like that. Go on try it!”

“O-okay,” Black nodded. Following her sister’s instructions, she would take a deep breath, and puff out her chest with confidence. She was waiting for this moment for over a year–she couldn’t just back out now. Taking the final step with her twin’s support, she would release her emotions in an explosion of cheer.

Okay. Time to do the thing she admires her sister so much for. Just fly into the sky, and shout…

“If you need a conversation starter, all you have to do is ask me. I can do lots of things that can spark conversation. Like drinking bleach and living, tearing off my own arm and regrowing it almost instantly, or dropping a ravenous pack of rabid monkeys in the area.”

Go away, Yukari. She’s trying SO very hard to ignore you.

Worry not, Gremlice– “Don’t call me that.” –I mean Alice is willing to share some of her cookies with the starving ghost lady!

It’s good to see that gap hag is finally facing consequences for her actions. Alice is very pleased.

How Pure Are You?

“Only the first half is accurate.”

#girl of death; alice (pc-98), #dash games, #she may have drank milk straight out of the carton on one occasion but SSHHHHHH DONT TELL SHINKI
7 notes · See All
candypinkyoukai·23 days agoText

this is an rp blog featuring muses from rune factory, funamusea, and fire emblem, with more to come in the future, maybe! only monica and shirogane’s about pages are finished, but the rest will be updated soon!

anyway, i’d appreciate a like or reblog if you’d care to interact!

#self promo, #here it is, #to give myself a small break from writing 2hu stuff
9 notes · See All
candypinkyoukai·23 days agoText

Watch out here comes a wild miyu coming in for a tackle hug.

Mystia would spread her arms to prepare herself for the oncoming hug, successfully catching her daughter and twirling around with them in her arms, then stopping to plant a chaste kiss on Miyu’s cheek while holding her like a princess!

#overflowing-with-cuteness cutie; mystia lorelei, #now that i think about it, #mystia and wriggle would probably have no idea how to take care of their child at first, #they aren't very smart but they're loving parents at least!
4 notes · See All
candypinkyoukai·25 days agoText

WHERE DID WHITE FIND A GUN!?

#crack, #alternative fairy herald of spring; lily black, #she wants one too!
7 notes · See All
candypinkyoukai·a month agoText
#ooc, #hi i'm not dead, #can't say the same for reisen II though, #anyway i've been working on another blog for my non-touhou muses, #i know i had one before but that was a sideblog so i couldn't do much with it, #i'll probably be back soon, #once i'm finished researching all the muses i plan on picking up
4 notes · See All
candypinkyoukai·a month agoText

Send Me A Symbol For A (Fluffy) Starter!

Send me “◯“ for my muse to carry your muse

Send me “☁” for my muse to give your muse an animal

Send me “☒” for my muse to give your muse a compliment

Send me “❅” for your muse to give my muse an animal

Send me “♒“ for your muse to offer mine something to eat

Send me “☑” for your muse to give mine muse a compliment

Send me “®“ for your muse to hug mine

todays doodle is a naz! 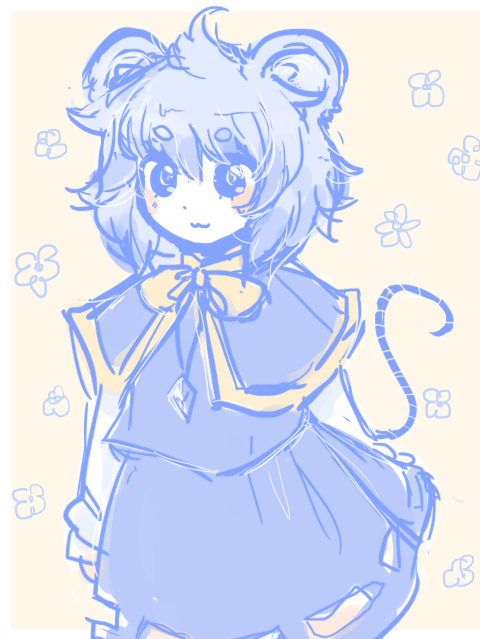 Alternatively, send “You’re here, princess.” for your muse to be picked up by mine.