We looked inside some of the posts by canforasoap and here's what we found interesting. 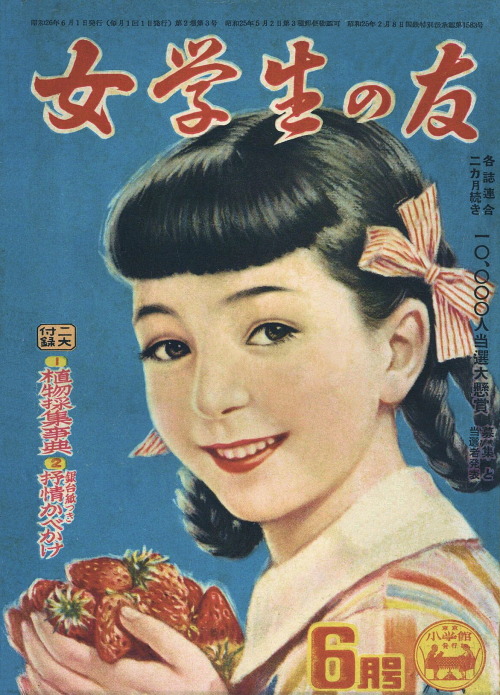 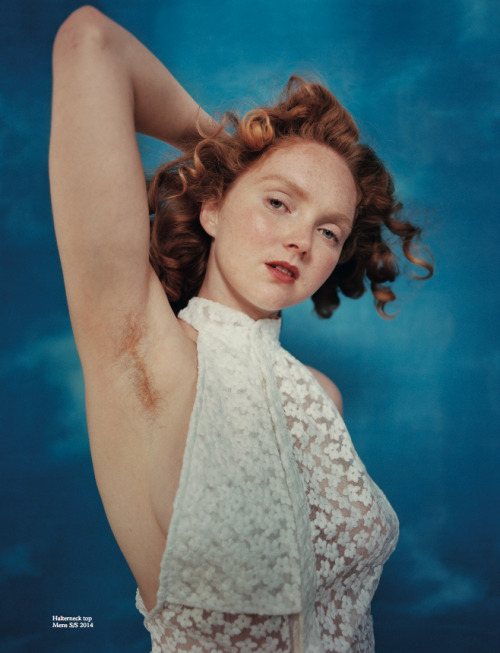 Saint Ursula (Latin for ‘little female bear’) is a legendary Romano-British Christian saint, died on October 21, 383. Her feast day in the pre-1970 General Roman Calendar is October 21. There is little definite information about her and the anonymous group of holy virgins who accompanied her and on some uncertain date were killed at Cologne. They remain in the Roman Martyrology, although their commemoration does not appear in the simplified Calendarium Romanum Generale (General Roman Calendar) of the 1970 Missale Romanum.

The earliest evidence of a cult of martyred virgins at Cologne is an inscription from c. 400 in the Church of St. Ursula, located on Ursulaplatz in Cologne which states that the ancient basilica had been restored on the site where some holy virgins were killed. The earliest source to name one of these virgins Ursula is from the 10th century.

Her legendary status comes from a medieval story that she was a princess who, at the request of her father King Dionotus of Dumnonia in south-west Britain, set sail along with 11,000 virginal handmaidens to join her future husband, the pagan governor Conan Meriadoc of Armorica. After a miraculous storm brought them over the sea in a single day to a Gaulish port, Ursula declared that before her marriage she would undertake a pan-European pilgrimage. She headed for Rome with her followers and persuaded the Pope, Cyriacus (unknown in the pontifical records, though from late 384 AD there was a Pope Siricius), and Sulpicius, bishop of Ravenna, to join them. After setting out for Cologne, which was being besieged by Huns, all the virgins were beheaded in a massacre. The Huns’ leader fatally shot Ursula with a bow and arrow in about 383 AD (the date varies).

There is only one church dedicated to Saint Ursula in the United Kingdom. It is located in Wales at Llangwyryfon, Ceredigion.

Jean Bourdichon (1457 or 1459 – 1521) was a French miniature painter and manuscript illuminator at the court of France between the end of the 15th century and the start of the 16th century, in the reigns of Louis XI of France, Charles VIII of France, Louis XII of France and Francis I of France. He was probably born in Tours, and was a pupil of Jean Fouquet. He died in Tours.

Two of Bourdichon’s most famous works are the Hours of Louis XII (now dispersed, begun 1498) and the Grandes Heures of Anne of Brittany for Louis’s queen. 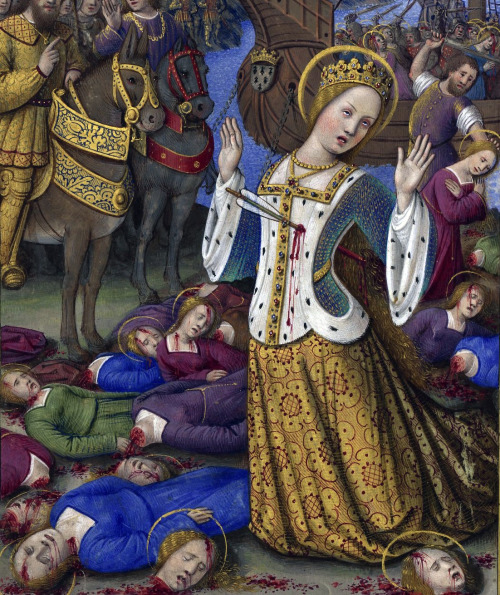 Hughes Taraval - The Triumph of Amphitrite 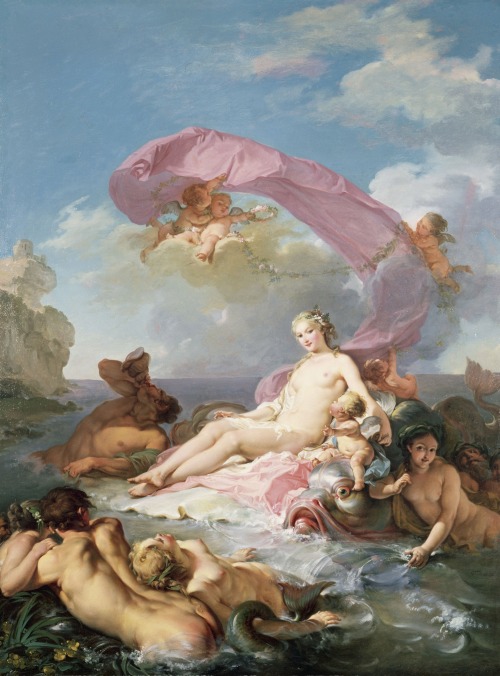 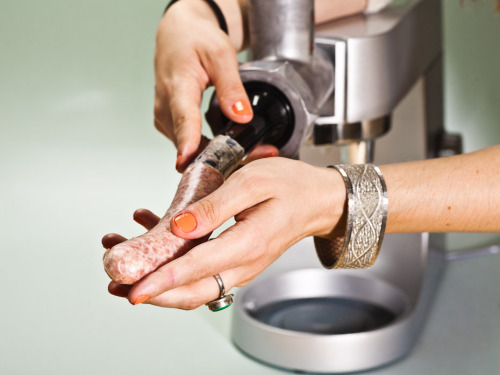 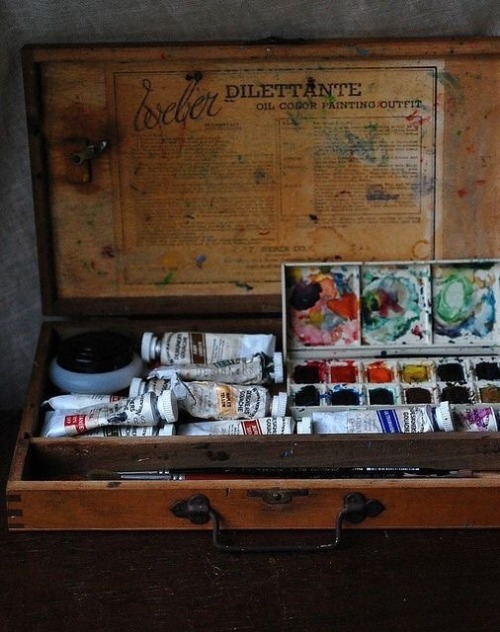 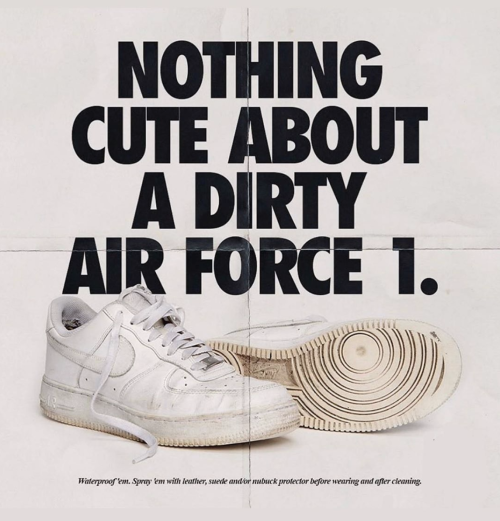 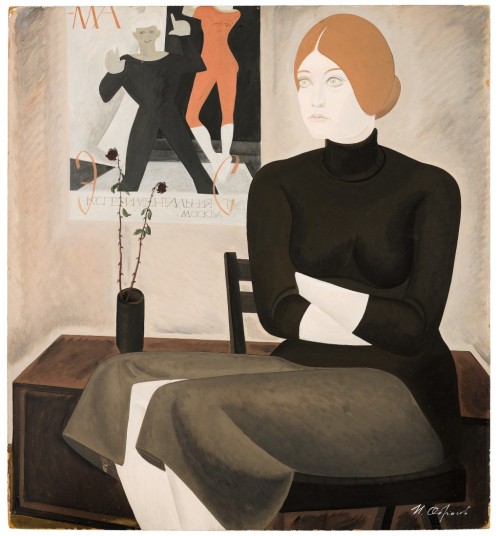 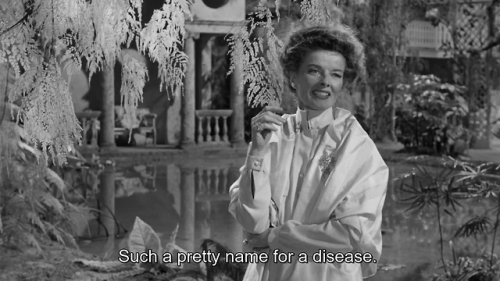 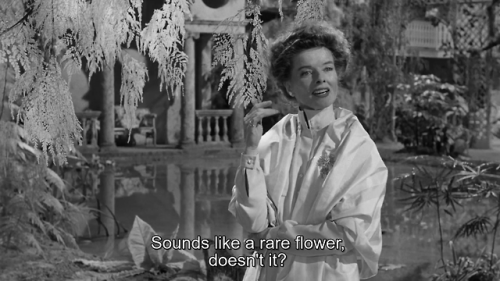 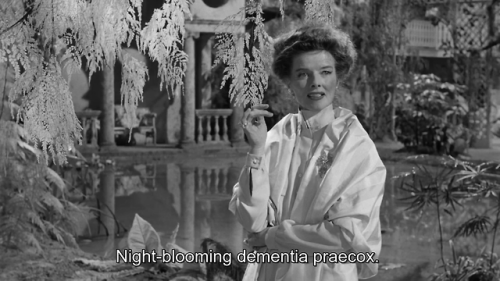 “Susan Sontag is a friend of mine, and she has real difficulties writing because her standards are so very high. How do you get to the typewriter without feeling despair and malaise? So, the way I do it is I write scribbled notes to myself on pieces of paper that are folded over, and there’s always a feeling that I’m jotting down a sketchful scene, that I’m not really writing. Because there’s this certain puritanical feeling that if one’s really writing, it must be good. At no point in the process do you really say to yourself, “Now I’ll write a great novel or a great short story…I’ll begin right at Page 1 and go through to the end.”…because that’s very inhibiting and any kind of inhibition is paralyzing and crippling to the creative function. A sense of play, that’s right.

I think we all find it very difficult to give up any kind of relationship because it reminds us of our mortality. When one’s deeply immersed in a project, one feels the precariousness of life…one’s afraid of dying before it’s over with. When I finish a novel, there’s the sense that a door has been closed in my own life. Doors closed and we can’t go back. Being excluded from a world in which one was very much at home always provokes senses of mortality and transience and deep melancholy. Also, the sense of the end of something that’s irrevocably lost. There’s always a limbo, isn’t there, where one’s almost rudderless before the next project takes over.

Philip Roth has said it is so terrible to go from the mastery of the manuscript that’s finished…where you can go through it and on page 115, you say you’ll write the page over and you’ll change one word. You do that and you feel like the God of creation. Then a manuscript is finished and is taken away and then you begin again as if you’re crawling on the floor, groping, you don’t know what you’re doing, you’ve a mess on your desk. You know that you don’t want to get up in the morning because it’s so awful. You’ve no mastery. You go from being God to being a baby and that plummeting is very difficult.

I’m speaking more of an emotional exclusion. I think we come to the end of relationships with other people at a certain symbolic point. After that we may continue to see the people, and in some cases we may continue to be married to them. These are relationships that are absolutely over with but we hang on and they go on for a while and they atrophy slowly. But there’s a moment where you know somehow that they’re excluded…and you may be the one who walks away, but you can’t go back. So, with any artistic project, the same kind of sense of the Gestalt, I think, is applicable.”
-Joyce Carol Oates, in a conversation

“When I was young, I idolized Lil Kim,” Jawara tells Vogue. “She was one of the main style icons that turned me onto fashion. I thought it would be cool to recreate one of her most iconic looks in a modern way.”- Jawara 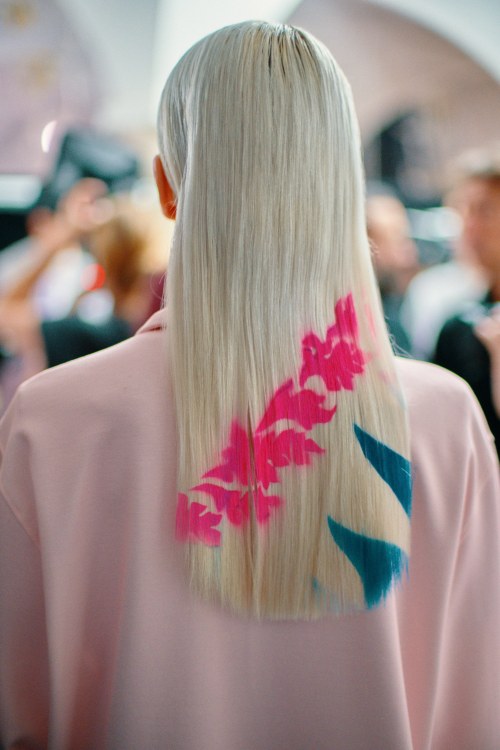 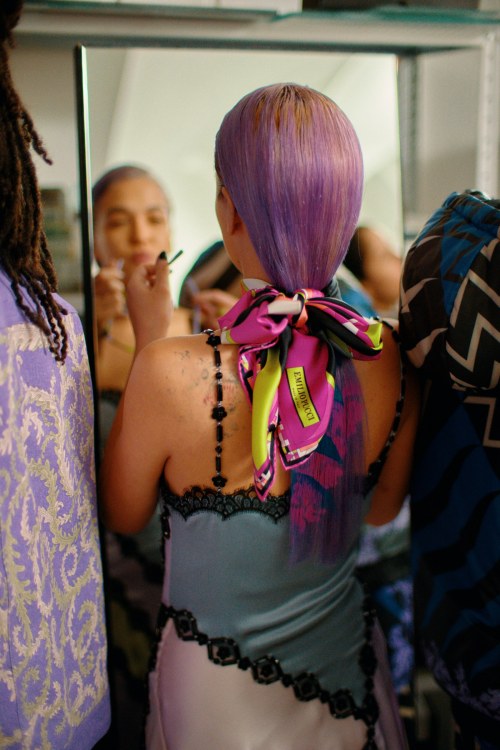 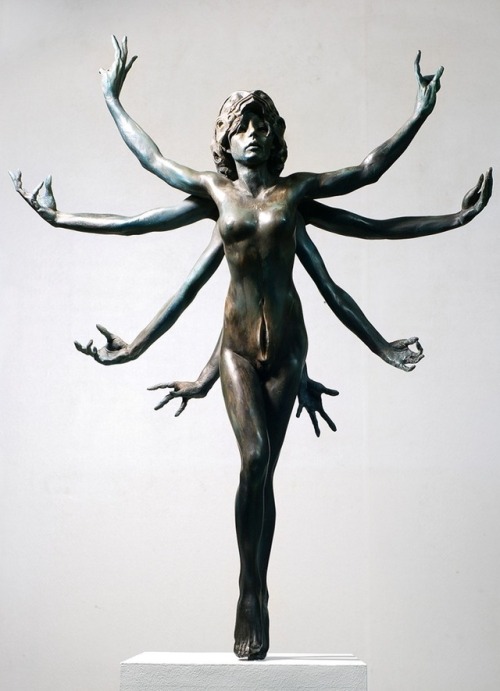 “At that time, Armenia was ruled by Tiridates III, son of the late King Khosrov II. Influenced partly by the fact that Gregory was the son of his father’s enemy, he ordered Gregory imprisoned for twelve (some sources indicate fourteen) years in a pit on the Ararat Plain under the present day church of Khor Virap located near the historical city Artashat in Armenia. Gregory was eventually called forth from his pit in c. 297 to restore to sanity Tiridates III, who had lost his reason after he was betrayed by Roman emperor Diocletian. Diocletian invaded vast amounts of territory of western provinces of Greater Armenia, that became protectorates of Rome.

In 301 Gregory baptized Tiridates III along with members of the royal court and upper class as Christians. Tiridates III issued a decree by which he granted Gregory full rights to begin carrying out the conversion of the entire nation to the Christian faith. The same year Armenia became the first country to adopt Christianity as its state religion.” (en.wikipedia) 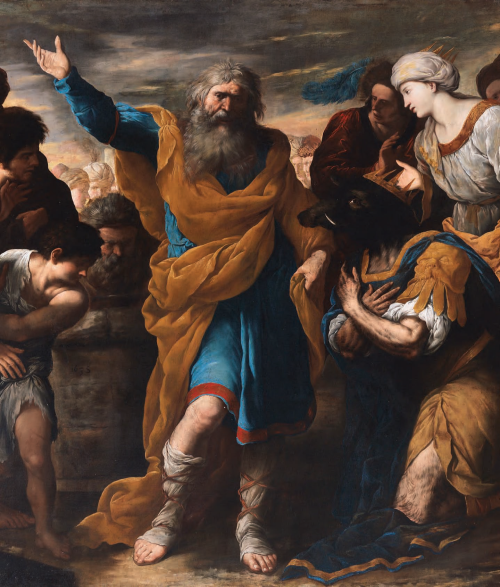 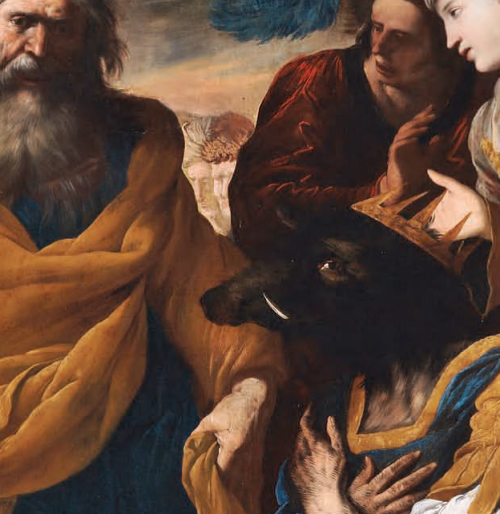 Oliver Reed in The Curse of the Werewolf (1961) 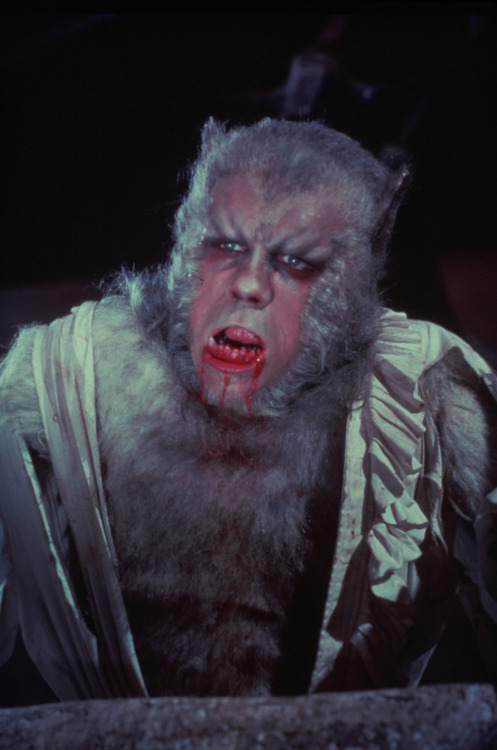 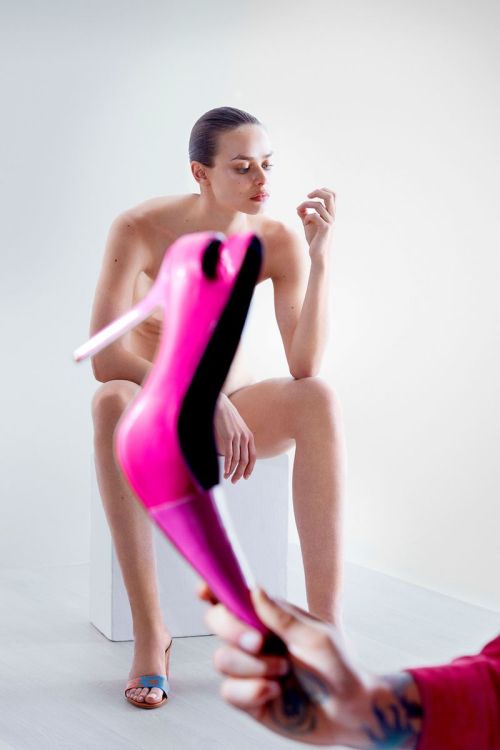