charlie / 18 / no pronouns - fuck exclusionists, youre not welcome here! my art tag / commissions: open very fond of podcasts, D&D, musical theater and ghost hunters! feel free to message me whenever you want to talk! ♡

We looked inside some of the posts by chalroe and here's what we found interesting.

- Make sure the place where you’re going is accessible!  Your date might opt to use a wheelchair that day, and if they’re using a cane, best to make sure there aren’t a silly number of stairs involved in whatever date you’re considering.

- Call ahead to the place to see if wheelchairs are available to borrow if you’re going somewhere that involves a lot of walking and standing around, like a museum.

- If your date is using a cane, they likely only have one arm to hold things.  Consider bringing their food/drinks to the table along with yours– let them claim a booth while you get the food!

- Be prepared and willing to be someone’s physical support sometimes, especially if your date is having a rough leg day.

- Be prepared for a Plan B Date: it’s so awesome to have a back-up plan for the date if the day comes around and your person is spoonless.  Believe me, it’ll mean a lot.

i just really want to add some from my own experience:

Also remember just because the cane isn’t there doesn’t mean the disability isn’t there. All of these points are still relevant. Be aware. Be considerate.

I want everyone to see this

met this precious boy at the park today 🧡

[VD: a video of a coypu with its paws on a persons shoe, it then stands up on its hind legs and sniffs on the persons hand before walking away and then returning for a very close look at the camera. end VD.]

#srb, #in case someone needs a cutie on theis dash today, #personal, #not fandom
263 notes · See All
chalroe·3 hours agoText

Entity hoop art series continues! Hoop 12 of 15, The End, because it’s the season for things dying.

yes they went to pride together in 2016. yes just the two of them. no i will not elaborate.

[ID: a digital drawing of a polaroid of jon and sasha of the magnus archives standing in front of a light brown wall. jon is a thin dark-skinned british-pakistani person with short slicked back salt and pepper hair. hes wearing glasses, a purple sweater and black trousers. hes smiling awkwardly at the camera. sasha, a light-skinned british-chinese woman, is slightly smaller than him and hugging him with one arm, with the other she is showing the camera a peace sign. she has long dark brown hair thats in a ponytail and is wearing oval red glasses, red earrings, nailpolish and lipstick, a green t-shirt with a sunflower on it and blue jeans. additionally shes wearing trans flag makeup on her cheek, a trans button, armband and a big aromatic flag is tied around her neck. drawings of the ace and aro flag, multiple hearts, stars, sparkles, lines and “a smile?? :0” with an arrow to jon are on the polaroid. on the bottom it reads “Aro-Ace-Solidarity, pride ‘16, london.” end ID.]

Your artstyle is so cute!! Also i love how Jon's "breaking the dress code" outfit has the same colour palate as Shaggy from Scooby Doo... do what u will with this info

that is so interesting of you to say to me anon…

#lesbians i love you, #not fandom
11K notes · See All
chalroe·a day agoText

met this precious boy at the park today 🧡

[VD: a video of a coypu with its paws on a persons shoe, it then stands up on its hind legs and sniffs on the persons hand before walking away and then returning for a very close look at the camera. end VD.]

#in case someone is worried all animals at that park are very tame and super used to humans, #all the geese just chill on the paths and dont care if you are walking directly next to them, #amd people probably feed them a lot even though its forbidden, #so theyre like human??? human have food for me???, #and i know in the video it looks really close but we didnt touch him, #personal
263 notes · See All
chalroe·a day agoText

i want more jon and sasha friendship. aro-ace-solidarity. theyre out to each other only and feel safe around each other and crack jokes that fly over the others head and its very wholesome

#idk just feels right!!, #i just want them to be friends 😭, #jon already seems so comfortable around her in season one, #im sure theres something in canon that negates this but shhhh, #mayhaps ill write a small jon&sasha friendship fic, #or draw some silly art hmmm, #also i couldnt fit this in the post but sasha aromantic heterosexual trans woman and jon demi-romantic and biromantic asexual nonbinary, #😳😳😳, #the magnus archives, #personal
609 notes · See All
chalroe·a day agoText

with this blade i protect my lesbian mutuals

with this blade i protect my trans lesbian mutuals

i see yall not reblogging the second part. know that im going for your throats.

WITH THIS BLADE I WILL PROTECT MY NONBINARY LESBIAN MUTUALS

please also consider looking into funding native/tribal food sovereignty projects if you have food to donate or money to spare. friends, please add more if you know of them and have links to provide:

you can also buy food/gifts from indigenous sellers or donate to gofundme fundraisers made by indigenous people who need help getting groceries, paying medical bills, or paying rent. do something to help us and our communities.

a lot of reservations are fucked over on water by illegal oil drilling, pipelines, or other breaches, like in the navajo rez’s case: contaminated by illegal uranium mining.

I would like to put my endorsement to the Sovereign Bodies Institute, home of the database of Missing and Murdered Indigenous Women. The database is trans-inclusive, the data protocols follow the desires of the families of MMIW, and this holiday season, they are collecting donations to buy gifts for the families, especially the children, of missing and murdered women.

I’d like to add Feeding Nunavut, the cost of living in the isolated north for Inuit is up to and sometimes over 5x the prices the rest of Canada is used to.

FCKH8: Is a for-profit company that exploits oppressed groups for money. They’re also wildly uninformed, and spread misogyny, cissexism and bi/panphobia, as well as stealing their posts/designs (x)

Autism Speaks: They spend most of their money on researching a way to eliminate autism, heighten the stigma against autism and don’t have a single autistic person on their board (x)

Please support other, better charities, and feel free to add any others you can think of to this.

Susan G. Komen for the Cure: CEO makes insane amounts of money, they deny a lot of requests for wigs/help with treatment/etc., and have attempted to sue other charities that use the color pink as part of their anti-breast cancer campaign. ( x x x )

The Salvation Army: They promote the hatred of LGBT+ people, work with fundamentalist Christian groups to support conservative politics and rip off and exploit workers. ( x x x )

Wounded Warrior: They take money that should be spent on veterans and blow it on huge opulent parties for the company bigwigs. 26 million in 2014 alone wasted! ( x x x )

^ Important reminder to NOT waste any money donating to these groups

Reblogging because of the added info about Wounded Warrior.

A good way to know if a nonprofit you’re donating to is allocating their money in the right way is to check out their Charity Navigator rating: http://www.charitynavigator.org

Signal boosting, the bell ringers are out in force, and this info is too important.

Charity season is coming up in not even two months, so I feel like this is important to share now before it’s too late.

I’ll draw characters for food! Payments through PayPal & Ko-Fi. DM me or email at inksdoodle@gmail.com if interested! 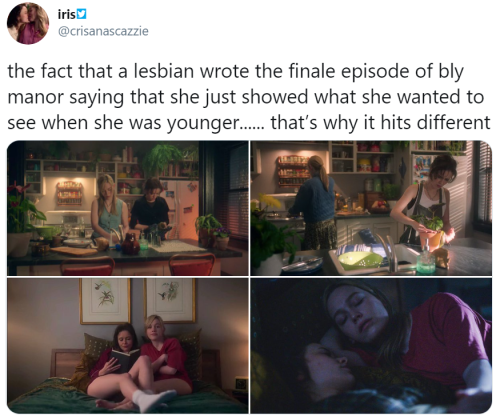 #ITS SO GOOD, #finally a writer whos gay and not homophobic, #the haunting of bly manor
3K notes · See All
chalroe·2 days agoText

A black man who died after being beaten by supermarket security guards in the city of Porto Alegre on the eve of Black Consciousness Day has sparked outrage across Brazil after videos of the incident circulated on social media.

Footage showed João Alberto Silveira Freitas being punched in the face just outside the doors of a Carrefour supermarket, late on Thursday. Other clips showed Freitas’ being kneeled on.

Dozens of protesters entered a Carrefour in Brazil’s capital, Brasilia, on Friday morning, chanting “Black lives matter!” One held a sign reading: “Don’t shop at Carrefour. You could die”. Inside another Carrefour in Rio de Janeiro, protesters shouted “Carrefour Killer!” as a black man lay still atop the conveyor belt of a checkout. They forced the store’s closure.

In Sao Paulo, protesters smashed the front window of a Carrefour, scattered goods from shelves all over the store’s floor and set a fire that employees hurried to extinguish.

Everyone, you need to boycott Sia. She is planning to release a movie called Music, which was worked on with Autism Speaks. For those who don’t know Autism Speaks is a autism hate group who pretends to help autistic people, but instead just spreads misinformation about them.

When people called her out for being a hypocritical bitch, she just deflected criticism.

And despite claiming to have done research on this, she didn’t know this is an issue. She’s a liar and doesn’t care about autistic people. As a person with autism, this is insulting and I’m afraid of what misinformation will be spread by her movie. Boycott Sia at all costs, her albums, songs, and especially this movie. Let her know that Autism Speaks does not speak for us.

#HDJSKSKS SHUT UP, #cant believe this post just murdered me in front of everyone, #not fandom
15K notes · See All
chalroe·4 days agoText

[ID: a digital drawing of jon and martin of the magnus archives in front of a yellow background. jon is a dark skinned british-pakistani person with short salt and pepper hair and a full beard. his skin is covered is scars and hes wearing a green t-shirt. he is smiling, leaning close to martin and squishing his cheeks. above him is a little speech bubble with hearts inside. martin is a light skinned british-polish man with messy blond hair, a bit of facial hair and square glasses. hes wearing a dark tshirt and blushing furiously while looking at jon. end ID.]