the nightmare time already caught you!

hi guys, i’m abby and idk what’s goin on babey!! | nonbinary arospec ace lesbian (they/them) | inclusionist | kinnie | autistic | anti | 17 | white | tme | hoh | i KNOW there’s some bull shit in my most used tags i went through a lot of character development over the past couple years | icon is by bloodraven55!

We looked inside some of the posts by charrators and here's what we found interesting.

Feeling very powerful today. pretty sure whoever I pointed to would turn to goop . 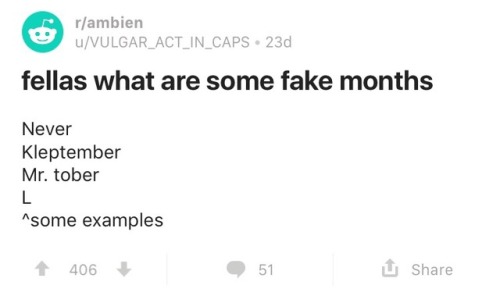 I see this headline:

As a former cakewrecks lover, I figured sure, I’ll bite. Let’s see this cake. Literally nothing could have prepared me for this cake.

They paid $49 for this “frog-themed” cake and honestly no amount of money in the world could be put on this masterpiece:

Hot wedding idea, the worst man, it’s his duty to try and prevent the wedding at all costs.

when my father was a Young Man in college? high school? he worked at a little Italian American place. it was mostly your typical spaghetti, lasagna, etc, but they had the picky eaters/kids menu, which featured grilled cheese.

one day, a man comes in and asks for a burned grilled cheese. the waitress specifies this to my father the line cook, and my father, being the chill guy that he is, thinks, k, whatever, he lets it get a little charred. gives it to the waitress.

guy sends it back. “not burned enough,” the waitress relays to my father. my father puts it back on the heat, lets it get solidly black on both sides, sends it out.

guy sends it black. “it’s…still not burned enough,” the waitress says, and i can’t imagine being in this poor woman’s shoes, dealing with whatever eldritch creature is hungering for straight carbon in the dining room of a tiny Italian place in approximately 1991.

my father thinks, what the hell. he sticks the sandwich in what is known as a Salamander, but is basically just a freestanding broiler. gets busy with something else. forgets about the grilled cheese. looks up. the grilled cheese is now ON FIRE.

he pulls the grilled cheese out. it’s…definitely burned now. burned straight through. it’s questionable if this is even considered a grilled cheese anymore, since it has been far more than grilled and there is nothing recognizable as cheese. what the hell. he sends it out with the waitress.

it doesn’t come back.

God at the gates of purgatory after my death: Were you a good catholic trad wife?

Wait wait wait guys yesterday I got really busy and forgot that I was making myself a sandwich and forgot to eat but when I finally got around to eating would you guys like to see the special sandwich I made?

The devil, rising up from the bowls of the sewer of hell to show God this sandwich: i would like you to take a look at exhibit A—

“he ate every bit,” the waitress tells my father.

This may be the most perfect video

this is hilarious and the picture at the end was cute 💖✨

I love it when the little kids I’m teaching online have complete and total misconceptions of what’s going on. So far, I’ve encountered the following:

2. I was about to end a class, but the little girl I was teaching didn’t want the class to end. She turned to her mom and asked if she could please watch one more episode. Turns out she was under the impression that I was a very interactive TV program.

3. I couldn’t find my marker in class today. The boy I was teaching was like, “What’s your apartment number? I’ll come up and help you find it!” The boy lives in China and I live in the United States. I guess most people he knows live in the same building as him, so he assumed I did too.

4. I had been teaching a kid for quite some time when I mentioned my age in class. She was like, “Wait, you’re an adult????” She’d thought I was twelve.

5. I just finished my last class of the night. At the end of it, the three year old girl (in China) wanted to know if she could come over and we could have the next class at my house.

get ur facts straight y’all 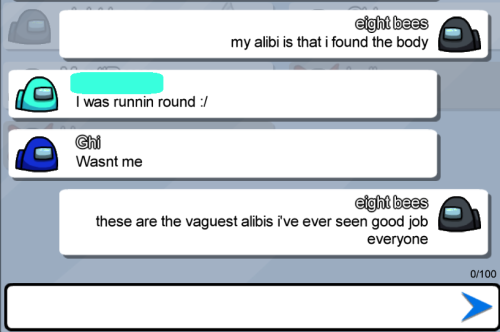 a dead scene kid is trying to contact me through captcha

Could u please do a tutorial on torture 👀

Had to be there i guess

if when I get married my spouse doesn’t confess to me that they’re actually an android imposter, and later kill a bunch of people in a bar to keep their cover when the person they were modeled after returns, leading to a fight between them that ends with me killing the original because I fell for the android, and then confessing that I am actually a clone of my android spouse’s original partner, then what is even the fucking point?!

i think we can be evil. as a treat

Yeah Paul, do the dishes while your wife is out committing murder.

#posts to explain to somebody when it was just tgwdlm, #nightmare time spoilers
78 notes · See All
charrators·3 hours agoText

Yo has anyone seen my massive ethereal orb of immense arcane power? It was right here on my desk and I lost it

Jsyk this thing could wake the dead

This is… not usually what is meant by “follow your dreams”…