I Didn't Ask for This

Musings of a real-life divine bard

We looked inside some of the posts by chthonicdivinebard and here's what we found interesting.

Haides frequently gifting Persephone gems wrought into jewelry because he has so much but she deserves so much more;

Ares occasionally presenting the bloodied flowers of battlefields he visits and Aphrodite is just so charmed.

Eros harboring a soft spot for couples kept apart by stubborn parents, so much so that he does his part to soften their hearts.

I have the firm belief that after Persephone left for the first time, Haides went to Hephaestus and asked him how to work metal and created her a crown of crystals bound by wires. Now every time Persephone leaves, he sets to work so that he can give her a new crown every return.

Persephone keeps every one of them displayed in chronological order. They enshrine memories of home and of husband and she treasures each one. Hephaestus has a warm place in his heart for the loyal King and Queen of the Underworld.

Meanwhile, Aphrodite presents the crumpled and bloody flowers to Persephone and asks how to keep them preserved.

UPG for sure @waywardhellenic! But feel free to hop in on this.

I have this picture of Artemis and her nymphs platonically cuddling after hanging with Dionysus and his Maenads, braiding each other’s hair, weaving flower crowns for one another. Because why not, Hermes stops by and before he leaves he has half a dozen crowns and at least a couple of braids dangling in his thick dark hair.

Hera and Zeus watching the way lightning dances across the sky, illuminating the rolling thunder clouds.

Hera requesting specific rains: warm summer, cool and foggy, heavy and hot. Zeus gives her all she wants and more. 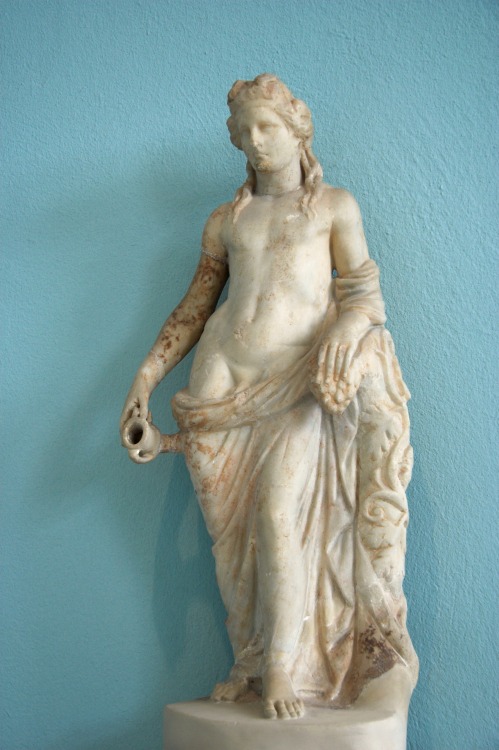 Bust of the emperor Hadrian’s lover Antinous (d. 130 CE), depicted as Dionysus.  Now in the Hermitage. 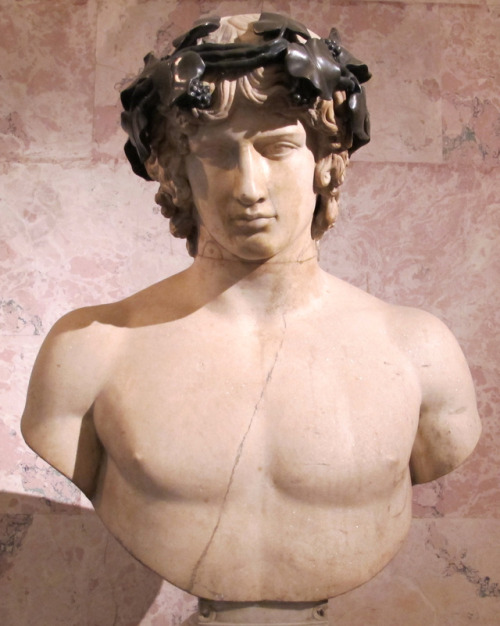 The night we call Halloween (All Hallow’s Eve) originated in Ireland. Halloween - Oíche Shamhna (EE-hyeh HOW-nuh) in the Irish language. Literally meaning “Samhain Eve” (“Samhna” is the genitive of “Samhain”).

Samhain, pronounced SOW-in, with the first syllable rhyming with “cow”. It literally means “Summer’s End”, it has the same root as “Samhradh” (SOW-ruh) which means summer. Samhain is also the month of November in Irish, so Samhain Eve is the night before the 1st of November. It was a time to celebrate the end of the harvest season. It also marks the Celtic new year: 1st November is Celtic New Year’s day. 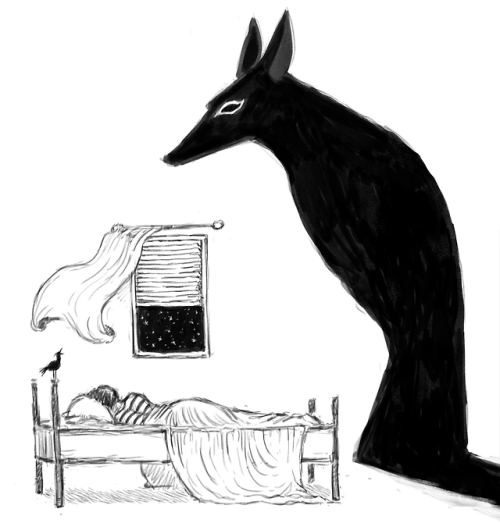 Anita Ekberg as The Devil attending a costume ball, 1956 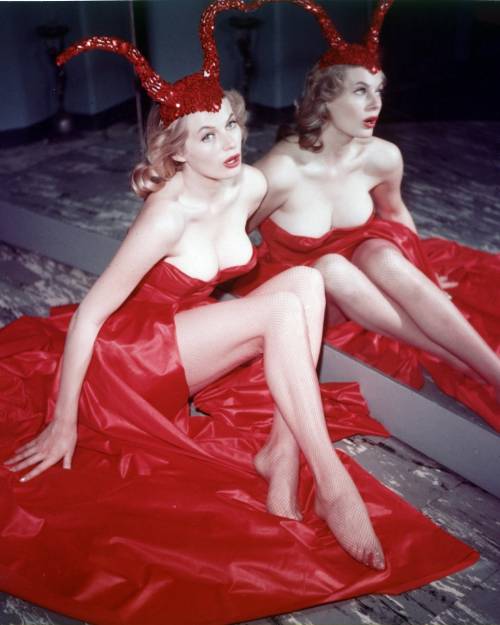 A new batch of Anubis Jackalpup pins are supposed to arrive start of October!! They are one of my fav pin designs so far so I’m excited!

Quick health update! I had surgery on my spine on Saturday and am back home. :) Seems to have gone well! I’m in a lot less pain now than I was before. Already back to work trying to catch up on things. ^^ It might be a long time before I can walk properly again but at least I can still draw just fine! 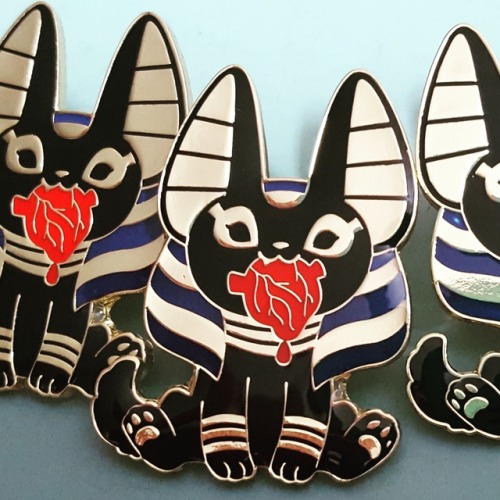 Another year with one of my beloved spirits, too long since my last tribute. 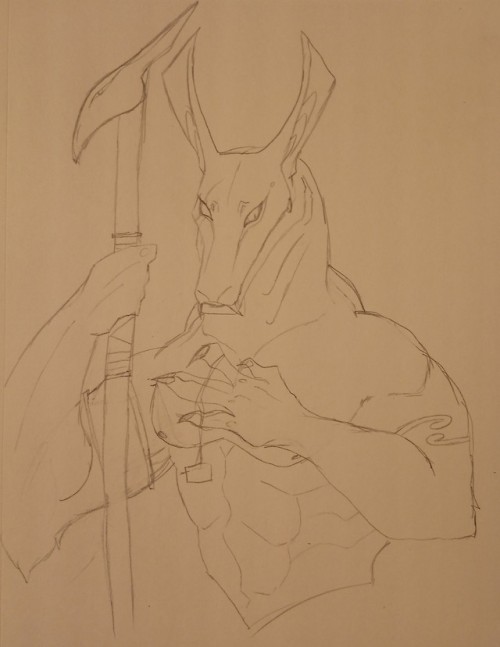 at the start of the year (it feels like a fucking lifetime ago tbh) i made reference sheets for loki and odin bc i am v serious about facial consistency and today it was thor’s turn. 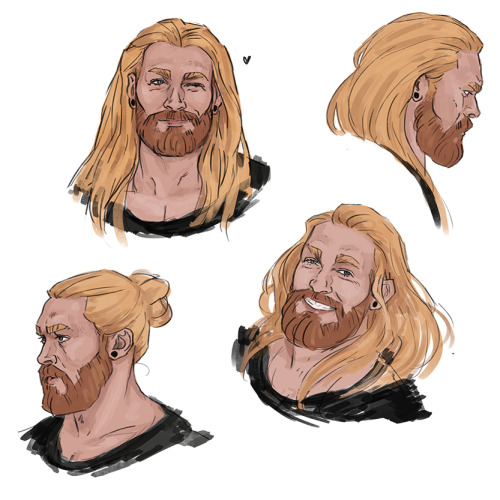 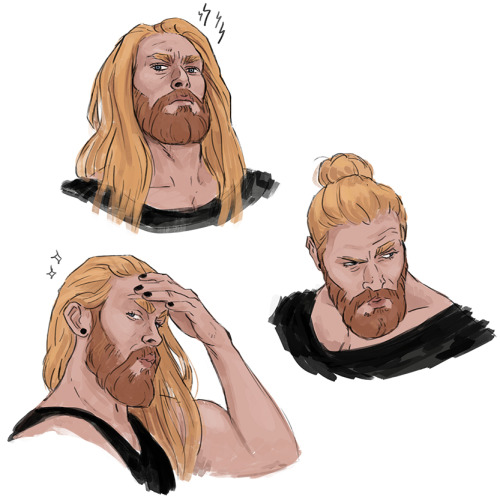 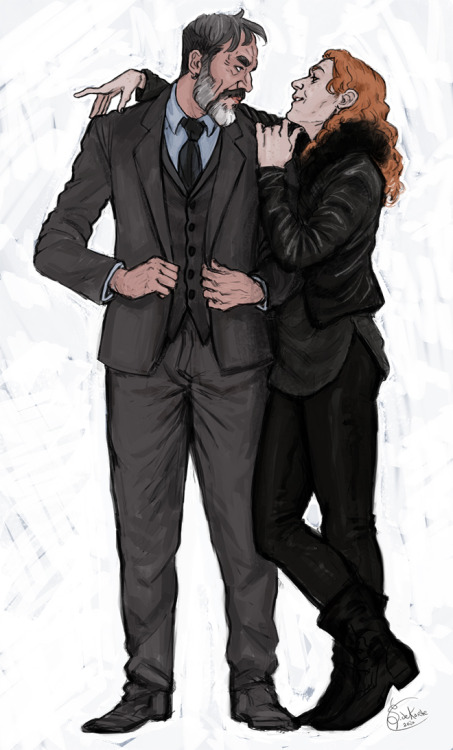 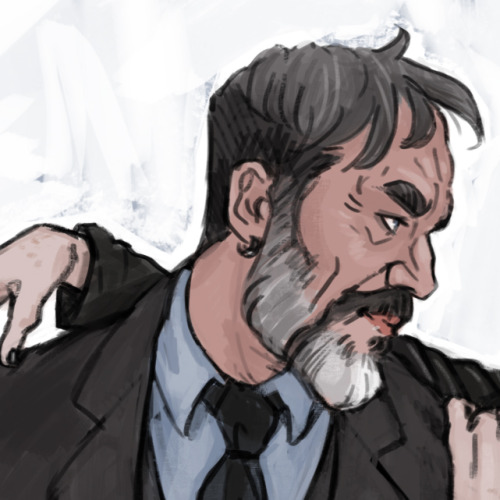 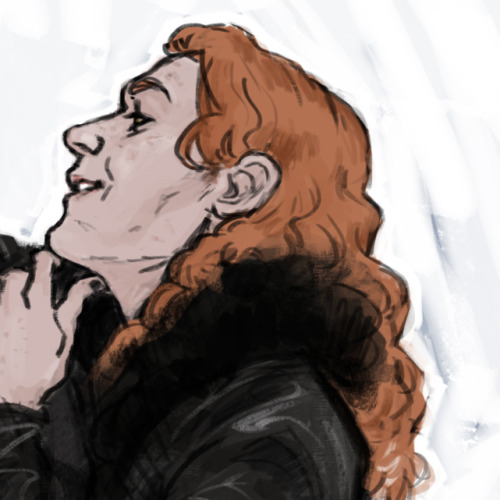 Apollo and the Muses on Olympus

Hermes with a nymph

Yeah, no that’s not an Ancient Greek Dionysus and here’s why

My absolute proudest moment as an ancient art history TA in college was as a student in a class on Gender in the Ancient World (a for-fun class I took when I’d basically wrapped up all my other degree requirements) and it involved me catching my Classics professor royally messing up in his own lecture.

So this Classics teacher (poor guy) was going on about Dionysus and what the Greek god of wine could teach us about the morals of the time, specifically about over indulgence being anathema to Greeks (“all things in moderation”) and to prove his point he shared this statue of Dionysus:

Which just happens to be the picture of Dionysus on Wikipedia, uh oh, first mistake! (Some of you nerds may already spot all of the other problems.)

And it only gets worse, because he starts rattling on about what this statue in particular demonstrates to us about how the Ancient Greeks viewed Dionysus and the sins of excess associated with wine drinking- his body is slightly puffy from over-indulgence, his muscles not as sharply carved as an Apollo. He’s off-balance, leaning on a faun for support. His eyes are glassy. He’s raising a huge, margarita-bowl of a cup. Basically, from this, we can see a clear visual of why Dionysus and his associated lifestyle and sacred objects were looked down upon in ancient Greece.

Meanwhile, I’m vibrating out of my chair like Hermione in the front row because oh my god how are you a professor, this is all wrong, oh my god…

Finally, the professor calls on my shaking raised hand, thankfully before I blasted off into the stratosphere with my sheer need to Be Right.

And, with a voice only slightly shaking from high-octane adrenaline I say, “Except that statue is from the Renaissance. It’s by Michelangelo.”

The professor freezes like a deer in the headlights. I mean actually freezes, his eyes widen and he just stops. Dumbstruck. I wondered how many times he’s given this lecture and used this statue of Dionysus to make his point. I think the number of times he’d used this picture in a lecture was flashing before his eyes too.

Because if you go back to the ancient world there’s no effing way Dionysus would be portrayed so disrespectfully! Even if he’s the god of wine he’s not the one who overindulges, that’s his followers. He’s a god. Anyone who knows anything about Ancient Greece knows you don’t disrespect a god with a statue like that. Actually, Dionysus statues from Ancient Greece tend to look more like this in the Archaic period:

And in a late Roman example (Hi, Antinuous!) like this:

Yeah. There’s no “over indulgent” puffiness, no margarita glass, no glassy eyes or tottering form. Because Dionysus is a god. What Michelangelo’s statue of Bacchus reveals is what Renaissance people believed about Dionysus, not Ancient Greeks.

But let’s briefly touch on all the other alarm bells about that statue. Because I didn’t know it was Michelangelo’s right away in that class–I was frantically looking that up even as my hand was raised–I just knew it was Renaissance and not Ancient Greek. Because sure, in Ancient Greece, this kind of sculpture denouncing excess existed, but we’d be looking at Silenus the Satyr, or just a Satyr in general to make this commentary, not ever with Dionysus who partakes in such festivities but is ultimately stands above them and definitely doesn’t fall prey to them (others fall prey to him). So basically, Michelangelo’s Bacchus has a lot more in common with an ancient sculpture of Silenus, not of Dionysus, reflecting on how Italians in the Renaissance viewed this ancient pagan god.

To tick off a couple other warning signs: the patina (that color stone and level of dirt, but without traces of cleaning or paint, was a give away because Renaissance people didn’t paint their statues the way ancient people did). The beautiful curly hair and laurels were impossible before about 200 CE because the drill tips needed to make fine curls hadn’t been invented yet, before that you tended to have carved masses of hair or lines of hair suggested on the scalp, nothing so elaborate. Also the features are much too fine, almost girlish, with a receding chin. Again, something you might see on a hyper realistic Roman portrait, but not something you’d ever see on a god. The child is out of place too, you do see children in ancient sculptures (like the statue of Hermes and Dionysus) but not really with such “childish” facial expressions, for the lack of a better word.

So when I talk about how with material archaeology and art history it becomes impossible to mistake when a certain artifact comes from, this is what I mean. The ways of carving this weren’t available to the Ancient Greeks until way into the Imperial Roman era, at least. The stone is wrong. The morals visible in the carving are wrong. You’ll often too see Renaissance or 19th century statues being passed off as ancient here on Tumblr, but things like fine features are often dead give aways that something isn’t ancient. Stone work is a language of its own, and once you see enough to decode it, it’s as unmistakable to the eye as clothing from 100 years ago looks obviously out of date to us today, even if you’re not versed in fashion.

(P.S. the professor made the point to thank me and said he would stop using this statue in future lectures. As you can see, I was proud of this shining moment of pedantry a totally normal about.) 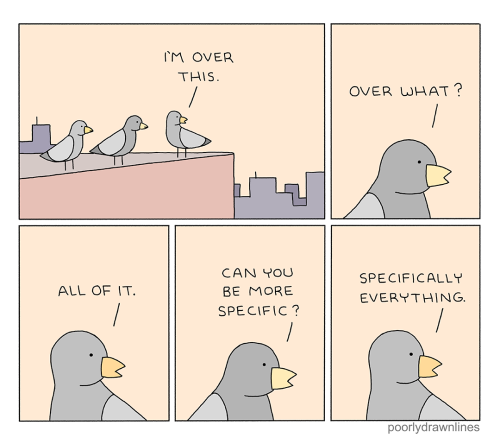 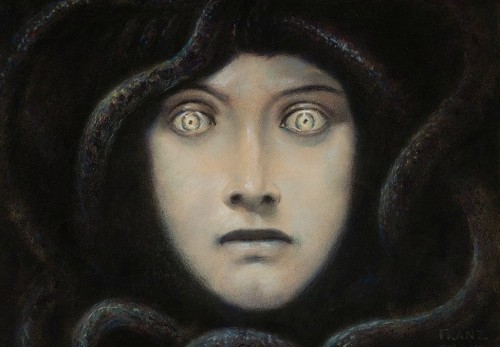 1K notes · See All
Next Page