We looked inside some of the posts by countluciosthot and here's what we found interesting.

@art-of-ket commissioned me to draw Merc!Lucio :3c the himbo titties were for me. 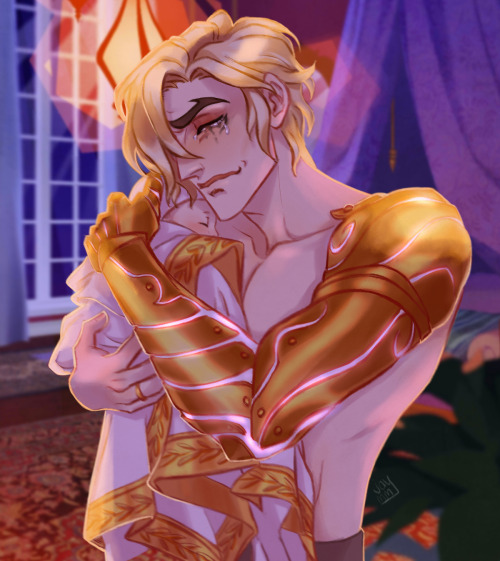 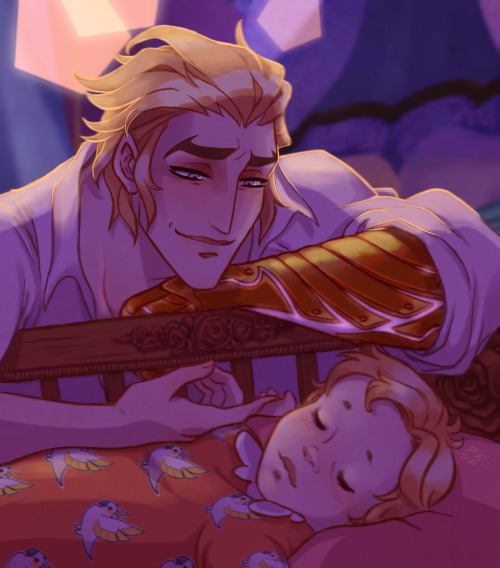 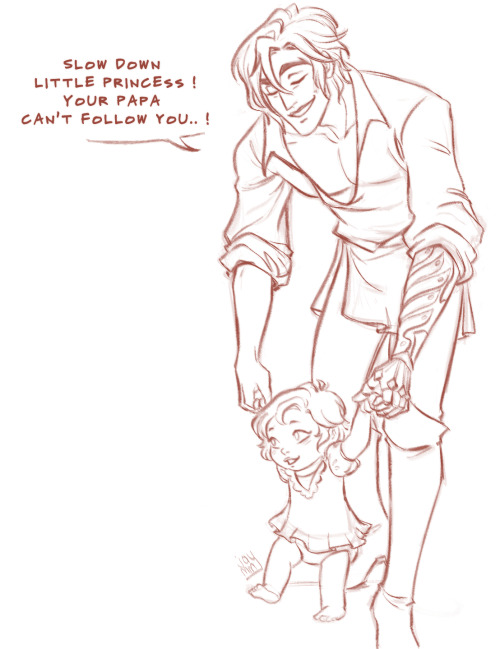 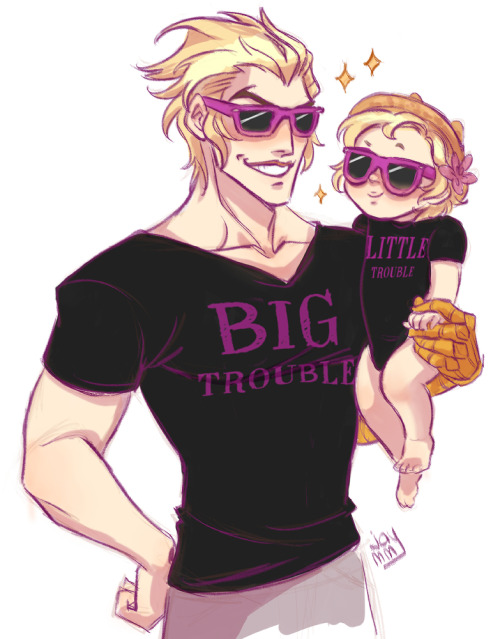 (My sister @sevrina-devorak picked out most of these. Click the song titles for links to the pieces!)

Character Theme: The Carnival of the Animals - Aquarium by Camille Saint-Saëns

Love Theme: Can-Can from Orpheus in the Underworld by Jacques Offenbach

Morga: Flight of the Valkyries by Richard Wagner

Volta: Dance of the Sugar-Plum Fairies by Pyotr Ilyich Tchaikovsky

Vulgora: Dance of the Knights by Sergei Prokofiev

Malak: Flight of the Bumblebee by Nikolai Rimsky-Korsakow

Mercedes & Melchior: In the Hall of the Mountain King by Edvard Grieg

Part 3 of drawing them with different hairstyles, this time featuring all of the LIs 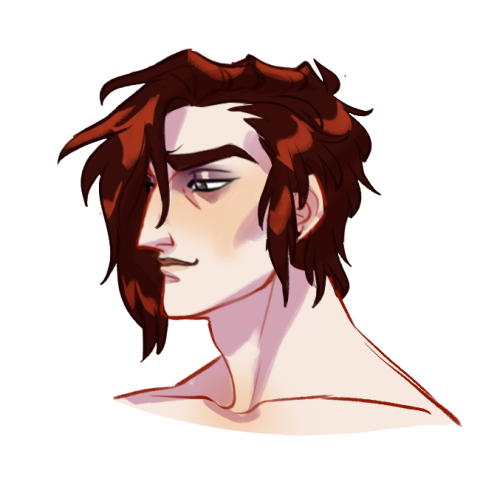 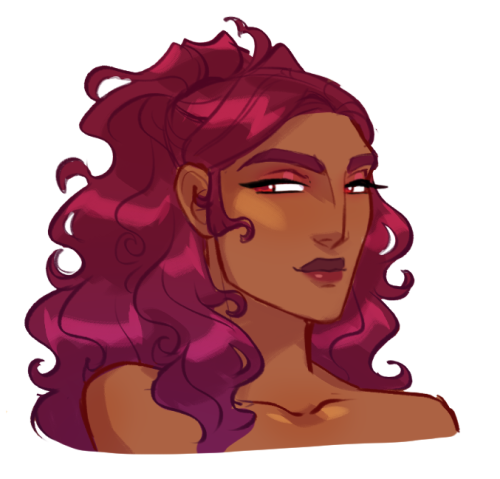 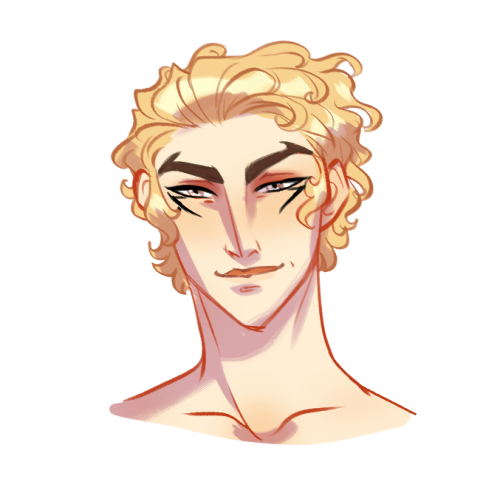 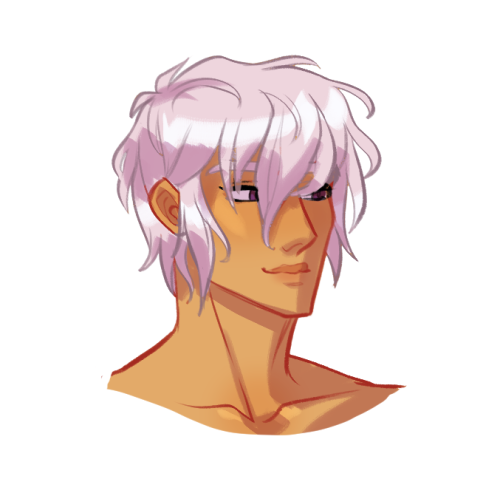 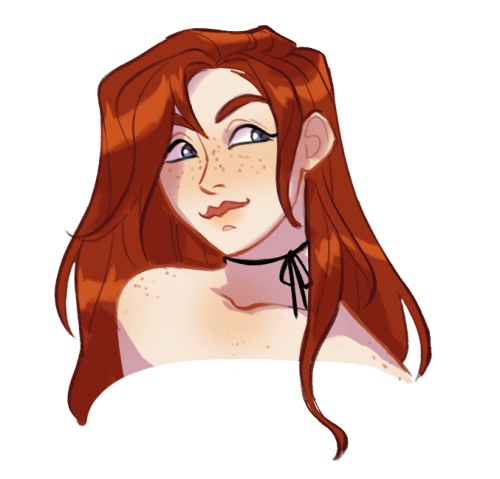 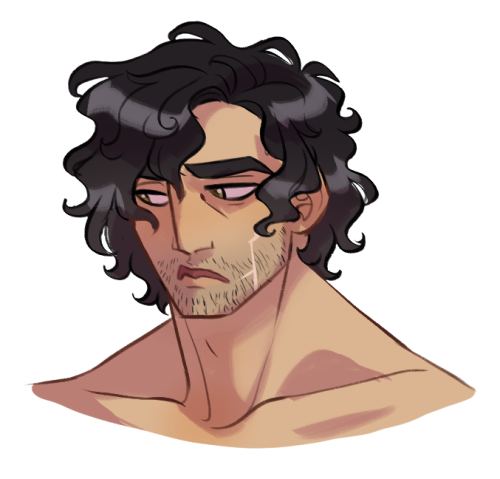 Ive been busy with commissions and prizes, so have some lighting study.. things 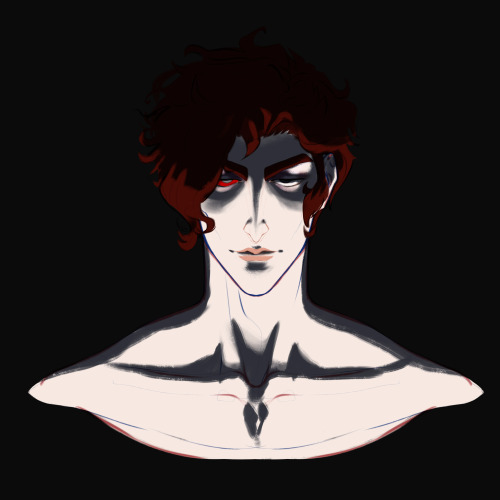 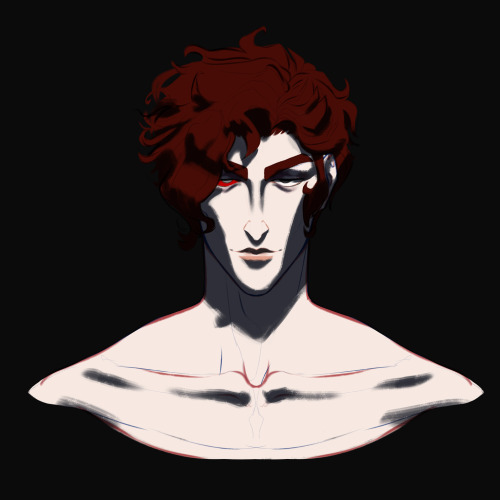 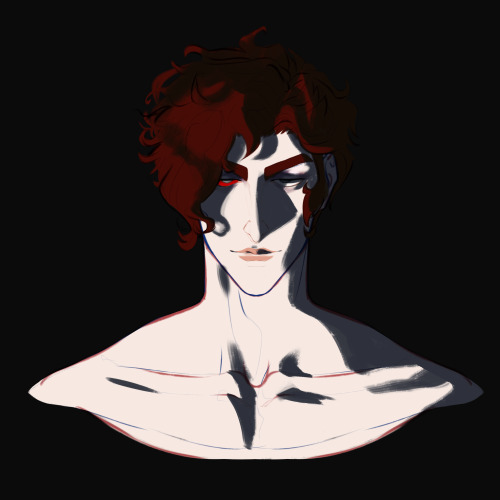 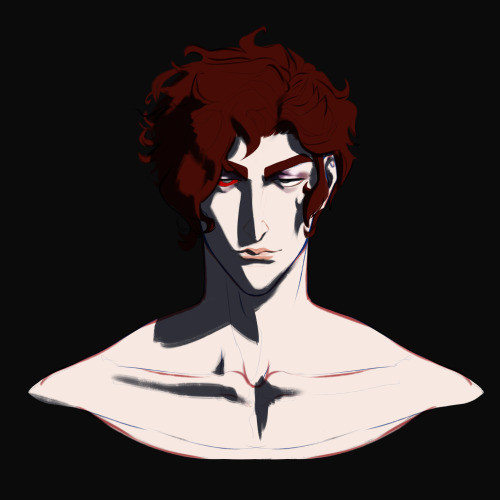 In honor of (almost) having 1000 followers, I finally made more original content. THANK YOU ALL SO MUCH FOR THE SUPPORT ❤️❤️❤️ I LOVE YOU ALL

So everyone becomes a goatperson but Lucio. How would lucio react?

The devil is like: Sorry bro, I’m all out of goat juice. Sucks to suck!

*slides into your DMs*

Letter to the developers of The Arcana Game

I’ve been playing the Arcana Game about 3 years now and always enjoyed it. It’s an amazing game with wonderful characters. The character who made me download and install this game back then was Dr. Julian Devorak. He’s just wonderful. He’s not only the self-sacrificing Doctor who enjoys pain. He’s attentive, quick-witted, intelligent and an amazing rascal. My absolute favourite scene with him is the one where mc pats him down for anything he might have stolen when he broke in the shop, and this was also one of the first scenes I unlocked in the game. And which you sadly completely deleted out of the prologue with this new update. I can’t describe how disappointed I was when I realised it.

You already changed the prologue once, but back then I understood it. At first it was a bit too long, yes. Yet I was sad when you dropped the part where mc had to remember Portia’s code to get past the guards. But well, I got used to it.

And now you made even more changes at the prologue. Ever since I read it yesterday, it bothered me how much this story changed, and this drives me now to write this letter to you.

These were not only a few minor changes to improve the story. This totally changes the story/stories as a whole. And to me, many of them don’t even make sense.

The Countess suddenly thinks something is wrong with the murder of the late Count from the start? Why so suddenly? What made her doubt everything her courtiers tell her?

Julian Devorak writes a letter to mc and tells them he can’t remember if he killed the Count. This basically leads Julian’s whole story into absurdity. Because why would he later, in his route, be convinced he killed him if he doubted it at first?

Mc having nightmares … this is a good idea. But it felt to me that it already gives too much information that hints to Count Lucio in advance.

A little bit more of Muriel was nice, although I wonder if he would really open up to mc so fast, especially since he’s negative towards them at the beginning of his route.

Mc goes to the fountain while sleepwalking to speak to Asra? Making them rush in an instant down in the garden and they are not even remembering it? Sorry, but even in a fantasy story this is not believable to me.

The cute meeting with the dogs is cancelled and replaced by a portrait, a magical statue of a goat in the castle that makes the mc suddenly appear on the balcony, the scene with Portia where they are jumping out of the window is gone (I’m crying …), it is already revealed that there are lots of secret passages leading through the whole castle …

It’s sad to say, but the whole prologue feels so rushed that it is no fun anymore to read it.

I must confess I don’t recognise the story anymore after all these radical changes. What I can do is to completely ignore the prologue or to delete the game from my phone.

I also wonder now if you intend to change the finished routes to fit to the new prologue what would make it for me even worse. I love the Arcana Game, and I love the routes of Asra, Julian and Nadia as they are now.

I’m sure there are many fans of The Arcana Game who think like I do. Some will have a bit different opinions, some would like to keep things of the new update, but all in all I read yesterday that many people are upset, especially because some amazing scenes were completely cut out.

Yes, the pictures in the updates are beautiful, and I love them. But truly, I would rather do without them if this could bring the previous version of the prologue back.

You once asked us to help to save the Portia route, and the fans did everything to help. Now you are driving them away with a new update to a prologue that was already perfect for the story.

please help me to spread it so it reaches the developers!

Oh, he was young, in the frost
No regard for the cost of saying his feelings
In the moments they were felt
And if he was calm like you
Locked up inside of your loops
Then he’d know full well
That all he had to say was
All he had to say was goodbye 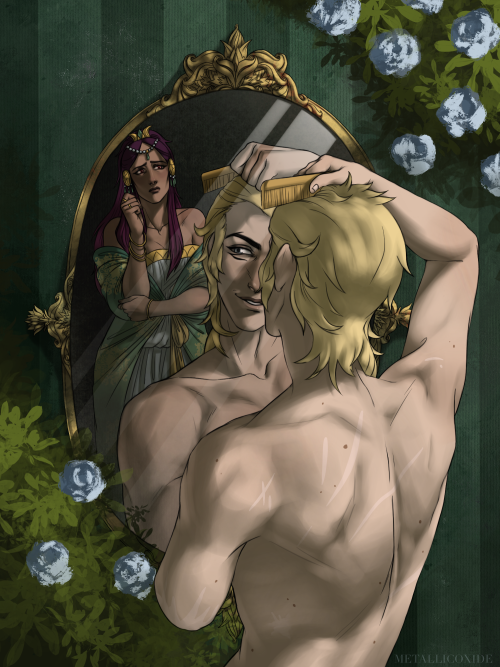 Asra: my moon, my sun and my stars, my angel baby, your the center of my solar system, my one out of 7 billion,-

This took longer than it should. Here’s the first Arcana fanart post no one asked for! LOL

if reversed ending for lucio does not end with him becoming the devil he is in Muriel’s route,, I will riot,,

I slowly started to be seducted by devil goat lucio hELP–

listen,, I love bratty lucio but I wanted the apprentice to be wildin on the evil side w/ lucio or trying to change him in his route.

anyways in this scenario, Arkius has been betrayed by Lucio for ultimate power– but they both still love each other in a sick and twisted way so the devil king himself keeps arkius by his side for eternity <3

lucio is a cunning and persuasive god, eventually he breaks Arkius into accepting their new eternity   and that’s on stockholm syndrome please don’t attack me hA 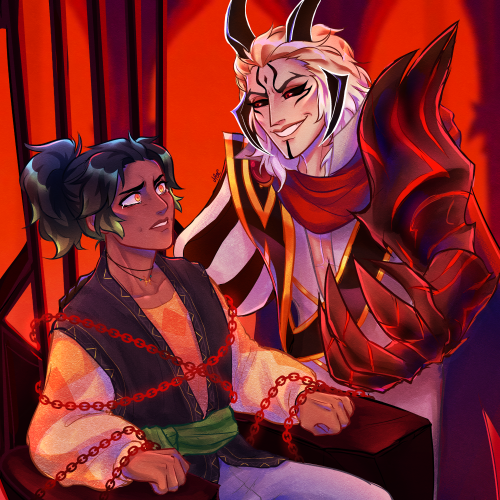 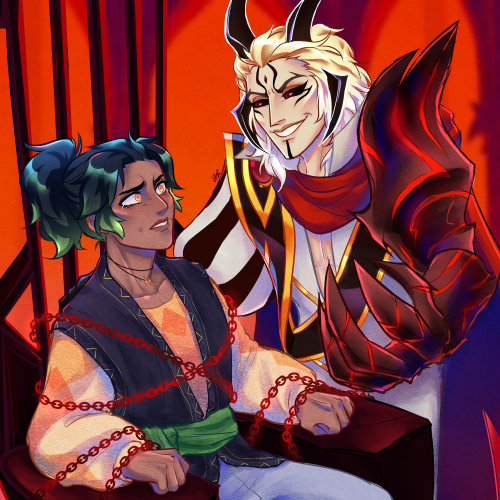 Asra: Saw you hangin out with Lucio yesterday!

Asra: *yeets Lucio out of a window*

Feeling a little bit down for unknown reason, and I just had to draw something self indulgence. 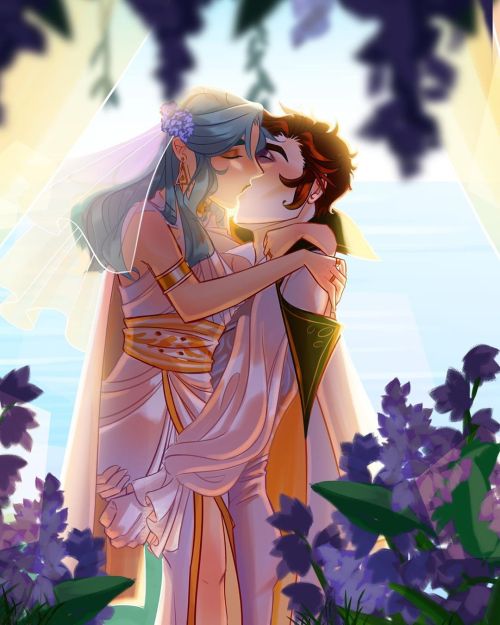 Have a ton of Julian scribbles in the mean time. 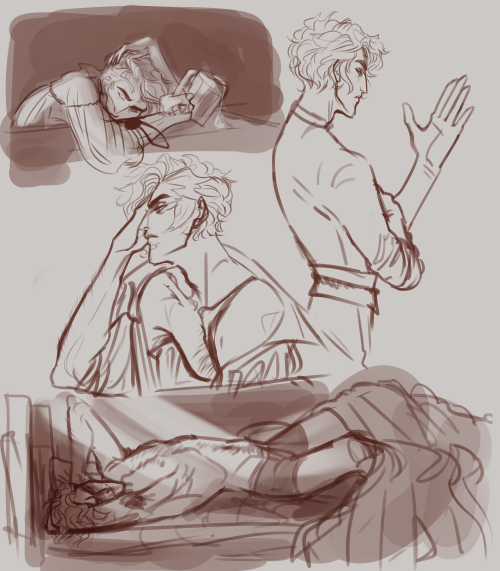 Lining this…..may have killed me….with all the detail, but I really like his outfit. Phantom of the Opera is perfect for him. 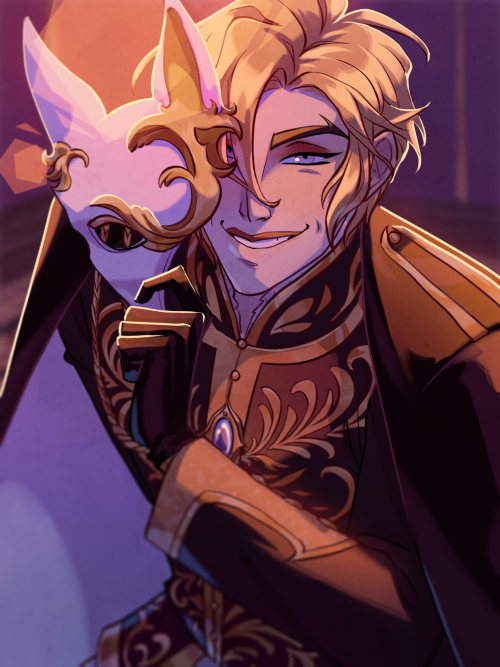 It’s still messy, but I drew this as fast as I could because that last update had me swooning and I couldn’t resist ✨💛 I just really love Luci- I mean Lorenzo 👀✨

4K notes · See All
Next Page