welcome to my blog! i'm lock, and i write exclusively for yandere. commissions are open! i'm still open to suggestions/requests.

We looked inside some of the posts by ddarker-dreams and here's what we found interesting.

#answered
19 notes · See All
ddarker-dreams·2 days agoAnswer
"ur brave for wearing shigaraki’s musty clothes..." I'm washing that nasty bitches clothes whether he likes it or not.

you can try but he’s not gonna have any laundry supplies whatsoever. so unless you whip out some amish knowledge of washing laundry before detergent and washing machines his musty jackets will remain

#answered, #its unfortunate to say the least
35 notes · See All
ddarker-dreams·2 days agoAnswer
Hey, do you have recommendation to blogs about hxh that you read?

Yup! These are hxh writing blogs that I really like and admire :D

- @izabo-san (her writing scares me with how good it is)

#<3333
60 notes · See All
ddarker-dreams·3 days agoAnswer
you're my favorite blog!! i check your blog daily to see if you posted something new! you capture everyone you write so amazingly and i crave your writing even when I'm reading proper books lol it's so much better than a lot of things i've read

oh my gosh this is so so sweet ; v;;; thank you so much bb, it really makes me happy to know that!! i’m working on a commission right now so headcanons and responding to asks is a bit slower, but thank you for supporting me even when i’m not posting as much!! <33

939 notes · See All
ddarker-dreams·3 days agoAnswer
Headcanon of Shigaraki and Dabi catching darling wearing their jacket/shirt because it was cold in the house. 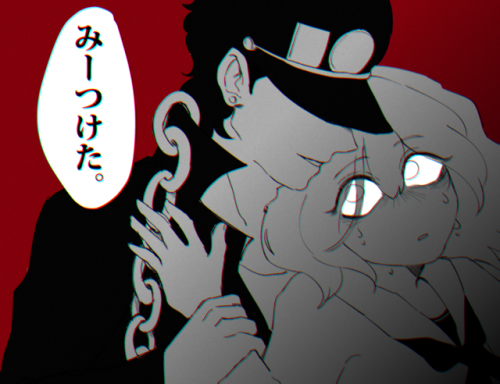 351 notes · See All
ddarker-dreams·4 days agoAnswer
E-darling can get away with literally anything besides having a crush on someone else, huh.

and yea, basically anything that shigaraki would kill someone for is excused since he’s head over heels for online friend. it’s taking him some time to get used to that still

A Commission by @moonlightreetops​ for a 3.5k Feitan x Reader

The assignment was simple.

Some guy had been offering outside contracts for drug and weapon trade routes outside of meteor city, interrupting the steady flow of business the wretched city had claimed for itself. While a bit too close to philanthropy to really excite the complete Troupe, they still had to interfere on behalf of their own origins.

Meteor City gave nothing, and would have nothing taken from it, and if the Phantom Troupe had to intervene now and again to keep it that way, so be it.

The location of the guy spreading the contracts was still unknown, but after a few days of reconnaissance, Feitan had found a lawyer that would certainly know. The hunter website spoke novels about his interference in the contracts, and no bigshot arms and drug dealer would sign a contract without knowing both the lawyer and the supplier, meaning that the lawyer knew exactly who was playing this game.

Finding him was easy enough, and that would have been the end of it, if Feitan hadn’t found the guy through an obituary. He probably faked his death if Feitan had to guess, but trailing paperwork wasn’t really an activity Feitan looked forward to, and there were always other ways to get more information.

Asking a few questions, for example.

shigaraki would probably like something like drifblim, and luxray. shigaraki and online darling shiny hunted in call for a few weeks when the latested pokémon came out.

but shigaraki ran out of poke balls after finally finding a shiny drifblim and now online darling won’t stop making fun of him for it. if anyone else did this they’d die tbh but online darling gets away with shit like that

he also names his starter after you!!

i’ve been working on commissions so that’s why my uploads have been slower this week, but once they’re finished i think y’all will enjoy them!!

i hope that everyone has been staying safe, and please continue to take care of yourself during these times! it always helps me to read since it takes my mind off things, but do anything that works well for you.

we’ll make it through everything, even though it feels uncertain now. i love you all! ❤️❤️❤️

#lock.txt
18 notes · See All
ddarker-dreams·10 days agoAnswer
Hey, so I was thinking, would dabi ever take things too with his darling? Like would he ever do more than innapropriate jokes and touches? Or would he have some self control?

narancia would sell his soul for a darling like this

giorno is definitely my favorite !!

but following close after would be bucciarati, mista, narancia, josuke, rohan, and jotaro!

#answered
17 notes · See All
ddarker-dreams·11 days agoAnswer
hello i rly like ur writing. ur giorno? fantastic

thank you so much!!

giorno actually feels pretty tricky to write for, i rewrote so many of his sentences to get it where i thought it should be gkskfkdkgksk

giorno is my favorite jjba character so i really wanted to do him justice!! c: i’m glad that you liked it!!

okay i’m so sorry but I saw this

jjdhdhd if that’s not shiggy and his darling, i-

#this is how i picture it yet Zgkakgkskfks, #submission
140 notes · See All
Next Page