I promise it’s not all Black Butler... I just have a weirdly obsessive relationship with the series. I write for a lot of other series as well so check it out! Please ask me about my OCs!—Requests are OPEN! (See current pinned post for details)—Tags: DBStupidity - Anything that isn’t related to writing and/or personal. Self Reblog Wednesday- I don’t think I need to describe this one.—If you RB one of my fics I’ll love you forever. The wedding is next Saturday.

We looked inside some of the posts by deletedbecauseshy and here's what we found interesting.

The smell of blood and death was an acquired taste.

is this too far

I may not be very good at connecting them but the dialogue snippets I have for the E. Carter Series are fucking hilarious.

Fuck! What was I thinking about when I wrote this? I remember it was a great idea…that’s all I remember

The reapers could’ve attended their own funerals.

Alright I’ve finally organised my thoughts into coherent she texted so the ranting, headcanoning, and rambling may begin. This is gonna be pretttty long. So!

Reapers and Demons in Kuroshitsuji, a theory/headcanon/AU/Rant:

In Kuro, we are introduced to 9 Reapers:

Now, what do we know about the Reapers? Well,

This last one is what got my tiny little goblin mind thinking. And not very many things can do that.

“You [Grell], who should have stayed neutral between God and humans…”

Sebastian mentions God(s), possibly plural because this is Japanese and there is no singular/plural differentiation.

What God(s)? Is there a third supernatural being in this universe? Well, let’s look at the other one, besides Reapers.

There is only 1 demon confided in canon (I refuse to acknowledge season 2, no matter how much I love Hannah and the Triplets). We do not know very much about demons, but here’s what I have. Some of these are assumptions based on Sebastian (and Claude unfortunately):

Demons and Reapers are seen as opposing forces in canon multiple times, think about Will’s reaction to seeing Sebastian at the circus, there is obvious distrust and hatred between the two. However, what if the real opposition to demon’s is the third supernatural being from earlier.

Both of the above species have a strange eye colour that represents their character. Now, if you compare the colours

Indulge this photography nerd for a second if you will. Both clearly are supposed to add to the inhuman effect but why yellow-green and pink-red. It could be a random choice by Yana (I know the Reaper eyes are supposed to be the phosphorus in a corpse and everything. Please stay with me)

Well, while these 2 colours seem random at first, take a look at a colour wheel. I found this one online and Will link it at the end.

I admit the colours I chose are not exact, the green should be more vibrant and the pink more reddish. However, the point still sticks. Pinkish-red and yellow-green are related, as long as blue is there to make a Triadic effect.

Now, back to the third supernatural creature from before

The idea of god usually represents some all-powerful supernatural force. But, what if they were just another supernatural creature instead. More specifically, the leader of the third species mentioned previously. We know not all Reapers are equal due to the mention of ‘Higher-ups’ throughout the series. Sebastian is also not the only one of his kind (Reaper academy teaches how to kill Demons in general. Not just the one that hangs around London alleys with a child and only sleeps for the fun of it). So, it is likely that the Demons also have a head of some sort. From now on I will call this unknown character the Devil just for convenience sake.

So, if there is the ‘Higher-ups’ and ‘the Devil’ then the third party would likely also have a leader of some sort. God. God would oversee their workers, The Devil oversees the Demons, and the Higher-Ups oversee the Reapers.

Angels….certainly are an idea in Kuro. Angela and Ash come to mind immediately but they belong to the fan fiction that is the anime so take it with a grain of salt. Angels in season 1 are also kind of, you know, evil assholes. So when I say Angels I’m not talking about them. In this increasingly bizarre idea I’ve created, Angels are God’s little worker bees. They are responsible for creating life while Demons end it and Reapers sort out everything in-between. Here’s some thoughts!

And that’s all I’ve got that actually makes sense. What is this? I don’t really know. I wouldn’t call it a theory and it doesn’t feel like and AU so it’s just me screaming my thoughts to the wind for attention I guess. Everything below this is pure crack and just some stuff I wanted to say but couldn’t support.

If you’re looking for a real theory stop here. This is just some notes on the AU that I’ll never actually write.

Angels have perfect vision while Demons are blind and must rely on other enhances senses. Reapers are a mid ground between the two

A Reaper that is redeemed can either become and Angel or have their soul released. A Reaper that breaks too many rules will become a Demon with a choice

SPOILERS FOR A FIC IM WRITING! After having his soul redeemed Alan becomes an Angel. Meanwhile, Eric becomes a demon as a punishment.

Angels interfere with humans through blessings theyre similar to contracts but only available to the purist humans.

Reapers and humans can both become any of the other 2-3. Angels can become Demons. Demons cannot become Angels. 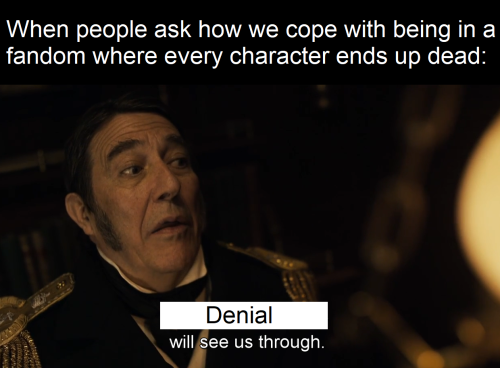 Yall mind if I rant and headcanon for a bit while also spoiling one of my next Fics?

I got so excited I literally forgot…My mind wandered so far…and now I’m kinda sleeby. tmrw…

Yall mind if I rant and headcanon for a bit while also spoiling one of my next Fics?

Can I request number 55 with either Soma and Agni or Sebastian and Claude from Kuroshitsuji, whichever fits the flower more? I really love the idea of writing fics based on the language of flowers so I’m excited to see what you post!

First off, I’m glad you like the idea and secondly, I went with Sebagni because, thirdly, the 55th flower is Amorpha.

The body that had melted rig before his eyes to kill a dozen people instantly.

He showed something he had hidden from the beginning to protect him. Why?

I hope you enjoy. If you do/did please RB! Its the only way other people can see my work! Requests for the Fall Flower Fics are still open, see my pinned post for details ~<3

Is it not enough to want one of the Reapers to take in a kid who’s parents died and have them all raise them as a big polyamorus family?

I have to do everything myself…

I know I talk about Unmei and the Slingphries character songs but ‘Yes, My Lord’ from the first musical is still so great. This bitch is on so many of my playlists

Me when I get to write the line: