Hi, I'm Emma! I also go by Eilly. Disney is a pretty big part of my life, but so are many other things like theatre, animation and Star Wars! I also do quite a few manips, (mainly Helsa!) If I'm not here that means I'm on my instagram @princess.emma!

We looked inside some of the posts by disneysnowprincess and here's what we found interesting.

Eilonwy: Despite my best efforts, the Disney Princesses have rejected my application letter three times.

Eilonwy: Each letter said the same thing: “We thank you for your interest, but you’re twelve.”

The Black Cauldron is a 1985 Grimdark fantasy movie based primarily on the first two novels of the Chronicles of Prydain series by Lloyd Alexander written between 1964-1968. A primary reference and inspiration behind the series being the Mabinogion, a collection of early Celtic myths written in Middle Welsh. The character names also follow a Welsh naming conventions as Fflewdder Fflam uses the “Double F” found in the Welsh language, as a single F by itself makes a [v] sound in the Welsh language. The name Taran is also Welsh, meaning Thunder. So the movie is very neatly rooted in Wales, or Welsh-speaking Albion.

The Mabinogion is comprised of 4 main branches recounting Welsh mythology, compiled in the late 12th-13th centuries based on older oral traditions likely dating back to some time between 1050-1225. However, there are many suggestions as to when the stories might date from.

(To hear a story from the Mabinogion, check out Red’s summary of Pwyll, Prince of Dyfed.)

Now, you may be wondering “why is there only 1 book on all Welsh mythology?” and I’m glad you hypothetically asked because it’s time to blame the Christians. Seriously, because Celtic mythology is loaded with god-like figures, Christian interpreters when they came to Albion censored or outright destroyed stories that implied that there was more than their God. Figures such as the Irish Tuatha de Dannan, which were godlike ancestral figures, had to be recontexualized as Faeries, Spirits, or Angels in order to avoid censorship by the Christian monks who transcribed these myths. Brigid, a very important Irish goddess, was Christianized into the figure of Saint Bridgette. This was actually an attempt by Christian missionaries to ease the pagans into Christianity. Essentially the mindset of “yeah, you can worship your holy figures, but uh, cut it out with the holy divine aspect. We can’t have that. They’re clearly not as top tier as our God.”

You may remember from my Sword in the Stone discussion that I mentioned that Rome occupied Albion before Christianity wormed its way in, and you may be wondering, were the Romans this bad? Haha, clearly you underestimate how awful medieval Christians were. No, the Romans just viewed foreign pantheons as extensions of their pantheon. You have a sun god? So do we. It must be the same god with a different name. This is what’s referred to as Interpretatio Romana. So the Celtic Sun God Belenus would be referred to by the Romans as Apollo Belenus. It’s the same god, but the Roman name always came first. Compared to what is known as Interpretatio Christiana, which boils down to ‘you’re worshiping Satan in the form of a false idol. Stop that.’ So, when I say that our lack of written accounts of Welsh mythology is entirely the fault of the Christians, I’m completely sincere in that statement because the Romans didn’t censor Celtic myths or history, only the Christians did.

The Black Cauldron and Mythological Parallels

It might sound like a generic fantasy name, but the name Prydain actually comes from the Welsh name for Great Britain, Prydain Fawr. Unfortunately, the term Great Britain dates to 1707. However, Prydain is also the medieval name for the island, as the Welsh never referred to the Island as Albion.

Literally meaning “Old White” in Welsh, Henwen is a sow under the care of Coll, a pigkeeper for Dallwyr Dallben. In the Chronicles of Prydain, Coll is a character, but in the Disney film, Taran seems to have absorbed Coll’s role as pigkeeper. However, the fact that he refers to himself as an assistant pigkeeper could still mean that he is ranked below an off-screen Coll. However, the Henwen of Welsh mythology could not predict the future. It was known that Henwen was to birth something terrible, and so she was chased off a cliff into the sea in Cornwall. She survived however and went on to give birth to many unusual things, including a cat, a wolf, an eagle, and a single grain each of wheat, rye, and barley. And three bees. I really wish I was making this up.

Gurgi’s name might take inspiration from Gwrgi Garwlwyd, whose name literally means man-dog rough-grey. He was a warrior in Welsh Arthurian Legend, and was possibly a werewolf. Gwrgi was a monster that killed a man every day, and two on Saturday so he would not kill on Sunday. The Gurgi in the books is far more monstrous looking with horns, but Gurgi in the Disney film retains the dog-like traits of Gwrgi.

Known in Welsh mythology as Pair Dadeni or “the Cauldron of Rebirth”, it is referenced in the second branch of the Mabinogion. Like in the movie, the cauldron has the power to revive the dead, and is destroyed when a living person is thrown into it, in the mythological case, Efnisien pretends to be a corpse and is thrown into the cauldron for revival, causing the cauldron to be destroyed. There are other similar magical cauldrons in Welsh and Irish mythology, including the cauldrons of Arawn and Diwrnach, which would not boil the food of cowards, and Ceriddwen’s Cauldron of Inspiration, which caused those who drank from it to gain infinite wisdom. There is also The Cauldron of the Dagda in Irish mythology. One of the 4 Treasures of the Tuatha de Dannan, the Cauldron of the Dagda was stored in the mythical city of Muirius, and no man would ever leave the cauldron hungry, for it produced infinite food.

In the novels, the Horned King is a minor villain, subjugated to Arawn, God of Death. However, in Welsh mythology, Arawn is not a death god. Rather, Arawn is king of Annwn, the Welsh Otherworld. Aka, the Faerieworld. See, this is another example of Christians mucking up translations and trying to force other religions to reflect Christianity, so Annwn is often treated as the Underworld of Celtic mythology, but considering Pwyll wanders into Annwn completely by accident, I don’t think that’s how it was interpreted in traditional texts. The Horned King may also draw inspiration from the Horned God, Cernunnos. Little is known about Cernunnos due to being a very ancient god, but his role as a horned god of the wilderness has historians guessing that he’s one of the oldest gods or divine archetypes in human history, as ancient horned gods pop up with surprising regularity in older religions: namely Baphomet and Pan. Cernunnos is also sometimes but not always folded in with the figure of the All-Father as a sort of father to all creation in Gallo-Celtic paganism. Cernunnos is often regarded as a god of nature and the wilds, but is also a psychopomp god that guides the dead to the afterlife, and maybe is also a god of death and rebirth as a part of life. Again, this is kind of very uncertain because of just how ancient Cernunnos is, so don’t take this interpretation as law. But despite how uncertain we are about what all this figure represents, he’s a very interesting deity none-the-less, and very likely contributed to the Christian idea of the devil as a horned figure with goat legs. As a seemingly undead creature, the Horned King may draw parallels to a creature known as a Revenant. A creature found in Celtic folklore, a Revenant is a vengeful undead that seeks to torment all life until it has found the person who wronged it while it was alive and exacts its revenge. However, it should be noted that in the books, the Horned King is a living man wearing a horned skull mask, whereas the movie version is very clearly a corpse.

In Welsh mythology, the sword Dyrnwyn belonged to the great king Rhydderch Hael, and when held by a worthy man would glow with fire. In the books, Taran’s sword is indeed referred to as Dyrnwyn. Similarly, alongside the Cauldron of the Dagda, another treasure of the Tuatha de Dannan is the Claiomh Solais or the Sword of Light, housed in the mythical city of Findias. This may also be the mythical origin of Excalibur, though scholars have not made a direct, perfect connection.

With so much of the story pulling from the single source of the Mabinogion, we can boil down the likely setting to around when the stories were written as our general setting. Luckily, we can roughly guestimate to about when the Mabinogion might originate from, and the general look of the movie seems to match with this time setting. So, we’re looking at about 1050-1225, around the time that the stories in the Mabinogion might have started to be told, thus inspiring the events in the film.

51K notes · See All
disneysnowprincess·7 months agoAnswer
Who do you ship in Frozen?

Even though my blog says so, I’m still getting this question? Ok. 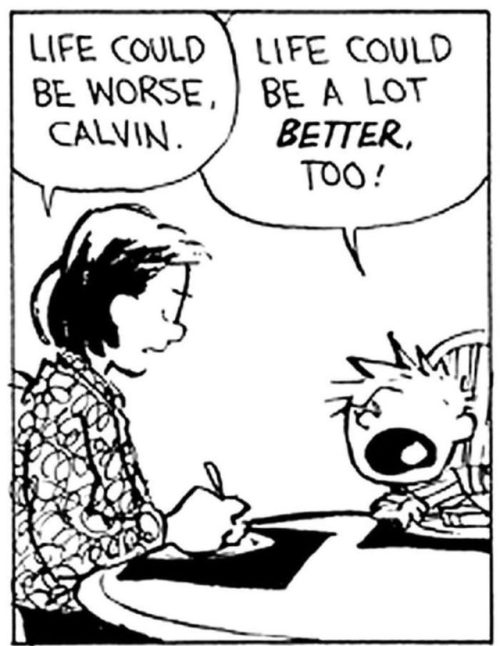 so I got into grad school today with my shitty 2.8 gpa and the moral of the story is reblog those good luck posts for the love of god

okay so i just got my dream job??? a week after applying to it?? and now i’m thinking….maybe this is the good luck post

…..not even six hours later i got an offer of a well paying full time long-term job with free room and board in queens in nyc, allowing me independence and a way to escape an abusive situation and an unhealthy environment

685K notes · See All
disneysnowprincess·7 months agoAnswer
Did Santino take pictures with the rest of the cast at D23?

I’m not sure. I know he was woth them at some point, but my friend didn’t get pics with them. Just hugs.

I read the pages of dialogue and my immediate take on Beast was to treat him as a three-dimensional character, not a cartoon character. To me, Beast was as real as any part I had played in a live-action film or a Broadway show. 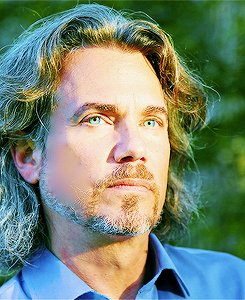 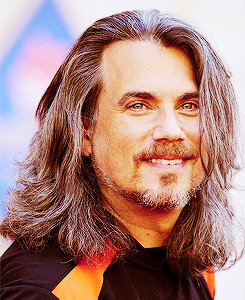 TURN ON SOUND FOR THE SNORES

i need to get fucked by something other than my life

So I don’t know if this was said, but my friend did meet the cast of Frozen at D23, including Santino. He wasn’t brought out for the panel though, kinda like how Tom Hiddleston was there but didn’t go out for the Disney+ panel.

My guess is that he’s possibly in the film, but they’re limiting his connection to it.

Hans: I’m not meant to save the day. I’m the villain. Villains don’t get second chances.

Elsa: Is that what you really believe?

Hans: It’s what any normal person would believe.

Elsa: In case you haven’t noticed, Prince Hans, I’m nothing close to “normal”.

Doodle for those two who ruin my entire life. 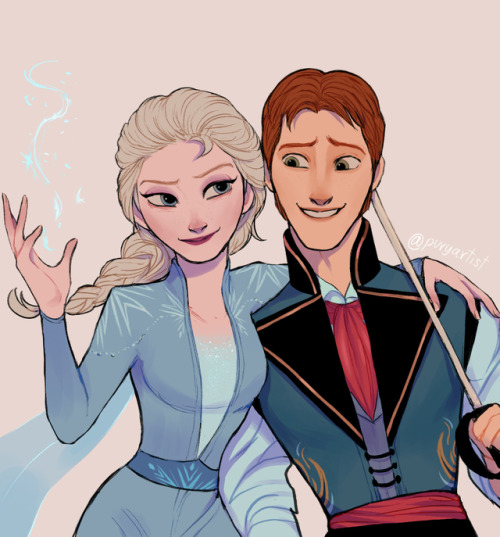 THE FANDOM LIVES! WE LIVE!!!