We looked inside some of the posts by droogdad and here's what we found interesting.

i am obsessed with the comments on recipe sites 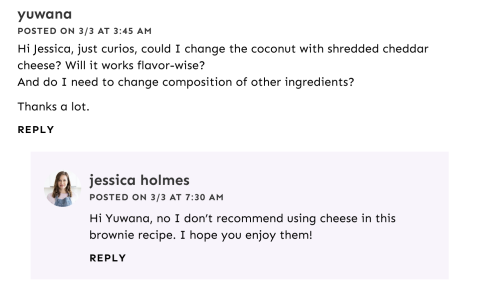 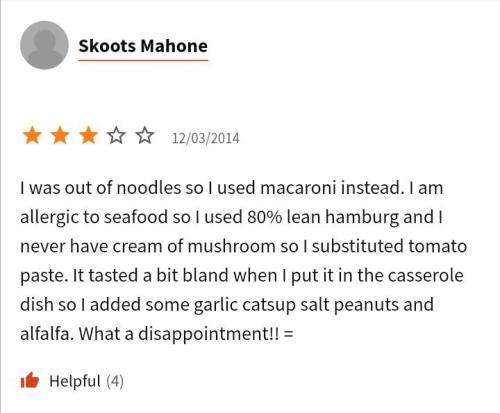 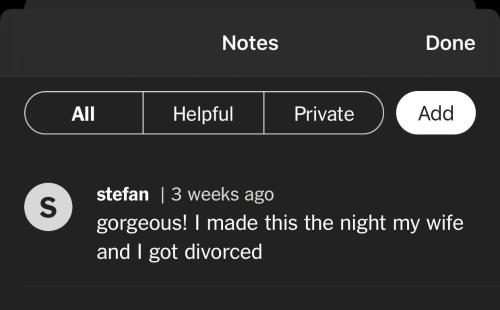 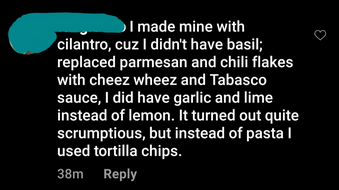 this is such a good and wholesome image 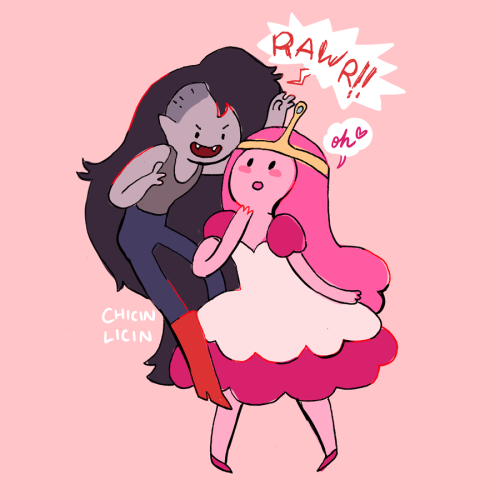 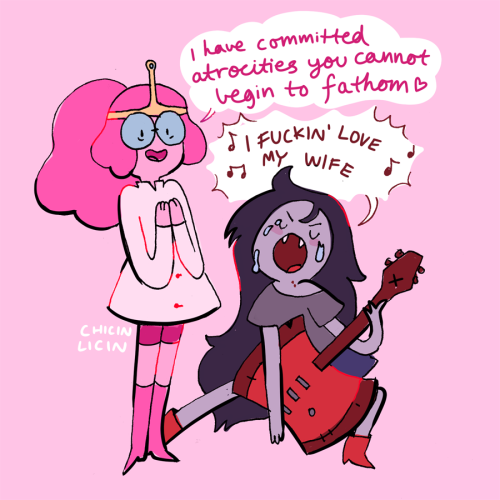 oh god kaede…. what an awful way to go….

#i’m speechless, #dr liveblog, #one of my friends was talking about it weeks ago but i didn’t know what they meant until now, #that was as brutal as leon’s execution
5 notes · See All
droogdad·7 hours agoText

shuichi: gee kaede! how come danganronpa lets you have ANOTHER protagonist?

#i am a little salty but i’m ok, #dr liveblog
9 notes · See All
droogdad·7 hours agoText

I’ve never seen a post like this before, so I had to write it myself: you can be autistic and se xy.

Many people tend to infantilize us because of our disability, telling us how adorable we are and shit… I am an adult. I don’t want to be adorable, sometimes I wanna be hot. And if you specifically think I’m ugly, good. Find another. But don’t treat me like a child.

And to the spouses of autistic adults that think we’re attractive in an adult way, sometimes that type of attention is nice. Thanks. That is a creative form of respect (of course, if solicited).

shuichi: gee kaede! how come danganronpa lets you have ANOTHER protagonist?

#dr liveblog, #i need to draw this
9 notes · See All
droogdad·8 hours agoText

#i just said what the fuck out loud to myself in my room, #this is messing me up i’m crying during the first trial, #dr liveblog
9 notes · See All
droogdad·8 hours agoText

i swear to christ if gonta took the shot put, then killed rantatouille with it from the a/v room, i’m going to.. idk

what if he didn’t mean it though?? he was in a fighting spirit from his bug movie :( he’s a gentleman he would never kill on purpose

#dr liveblog, #WHWHHH, #NO?, #HELLO?????, #oooh i think i’m beginning to understand all your warnings, #i’m gonna funking die this game is going to kill me im only one THE FIRST TRIAL
8 notes · See All
droogdad·8 hours agoText

i hate this kid.

good luck with drv3 its a wild ride of mess

#dr liveblog, #he’s a little weird but i dig that
4 notes · See All
droogdad·10 hours agoText

rb this with who you have gender envy towards

i can be your BF (Bubblegum Fiend)

If you have got a problem with that then you can fuck right off to space and die there.

i swear to christ if gonta took the shot put, then killed rantatouille with it from the a/v room, i’m going to.. idk

#i accidentally deleted my original post on this, #but the trial is about to begin and i’m still suspicious, #dr liveblog
8 notes · See All
droogdad·13 hours agoText

I’m grateful to have gone to a college that requires honorifics in class bc otherwise I’d probably assume like most that “Mx. [surname]” is the only nonbinary option. I personally hate the tendency to put x in every gendered term and call it nonbinary so here are some other honorifics (but certainly not the only ones) I’ve seen nonbinary people use. For the sake of simplicity let’s say the surname is Jackson.

Ind. Jackson- honestly this one kind of fucks. Ind stands for individual, and it gets bonus points for being the nearest equivalent to literally just referring to yourself as comrade.

Misc. Jackson- this one is ok, runs the risk of being pronounced like Miss. Honestly a little too on the nose for my taste. Also not really sure what it’s saying? Miscellaneous? It seems odd with my name so I personally stay away but go for it if it sounds neat.

M. Jackson- *chef’s kiss* mwa. This is the one I use. It’s classy, it’s elegant, and I personally like how you have to form your mouth in an entirely different way than Ms. or Mr. It forces people to make more of an effort to learn it, in my experience. They can’t really play it off easily when they misgender you. However M. is also used shorthand in some languages for gendered honorifics (ie. Monsieur is M. in French) so if you’re not comfy with that association this might not be your best choice

Anyways! tldr: honorifics are important for nonbinary people to have for formal environments, but Mx. isn’t your only option. If anyone has more they use hmu in the notes bc I’m really curious what yall use.

i can be your BF (Bubblegum Fiend)

im so sorry in advance for v3

#sorry it’s taking me so long to get through it btw, #i have. attention problems, #dr liveblog
3 notes · See All
Next Page