roll around on the floor and be free

We looked inside some of the posts by drthorfoster and here's what we found interesting.

Why does markiplier look more like Bruce Wayne or Clark Kent than any actor that’s played them.

#bruce wayne, #clark kent, #superman, #batman, #markiplier, #this has been in my drafts for a long time
5 notes · See All
drthorfoster·2 days agoText

Marvel doesnt understand that they could make eveyone happy by just making a 3490 series.

fellas is it gay to go all the way to space to see him because you miss him so much, be jealous of his wife (who also doesn’t like you), leave “mutant paradise” to stay with him, buy the building he’s living in so you can stay closer to him, and then tell him you love him? 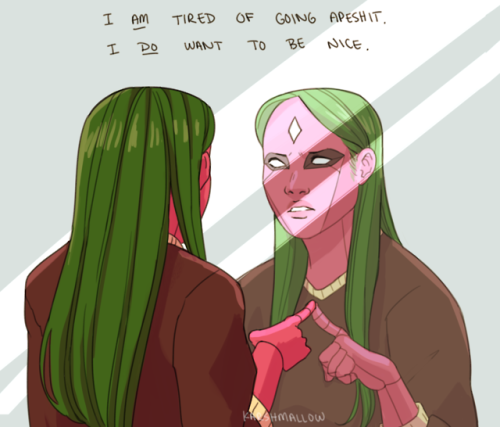 i take my art very seriously as you can see 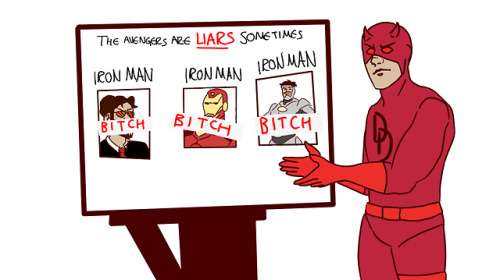 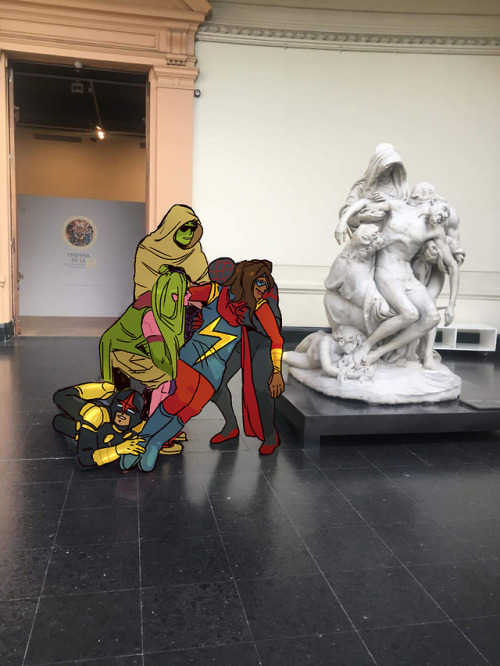 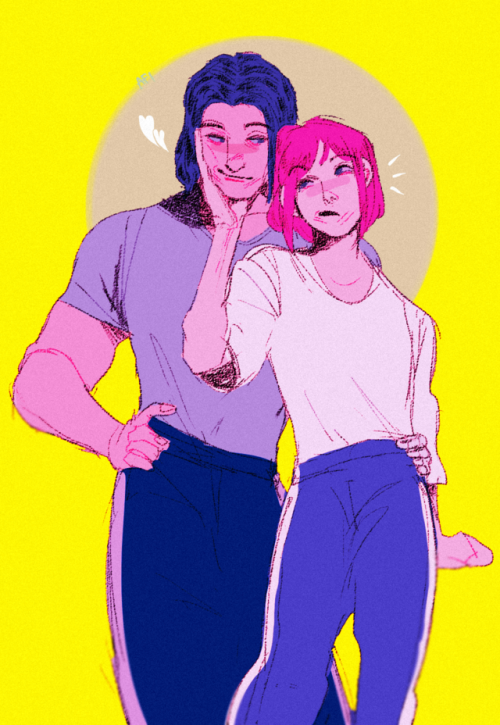 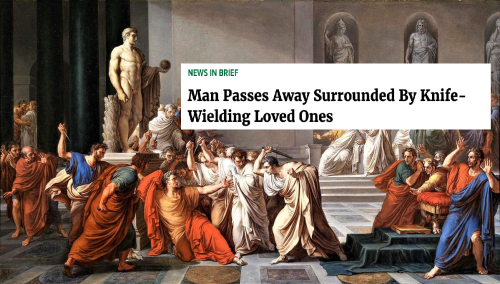 Tommy, on the phone: Yeah, and if I DON’T get my money, I WILL call your probation officer, biiiitch.

Billy: Who are you talking to? 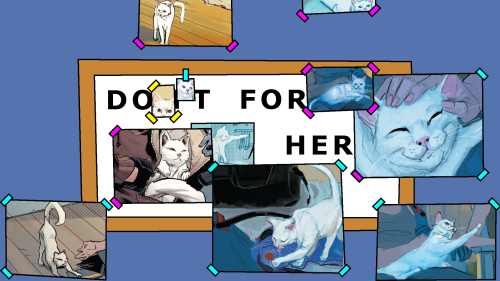 this whole scene deserves to be played out in full

This is so canon I wanna cry 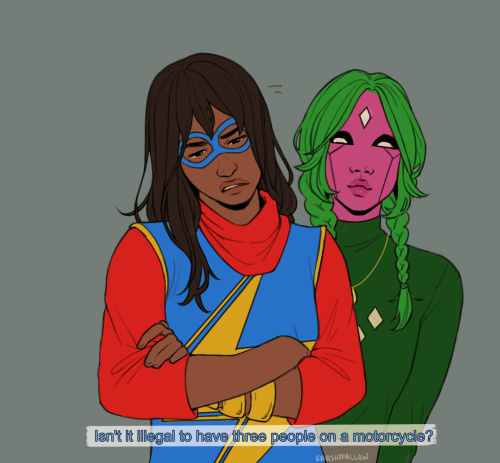 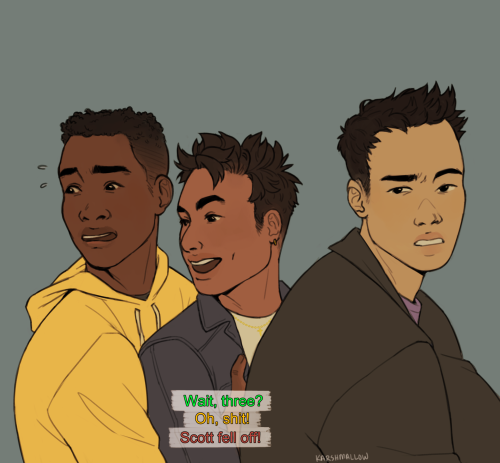 NO what’s an anime 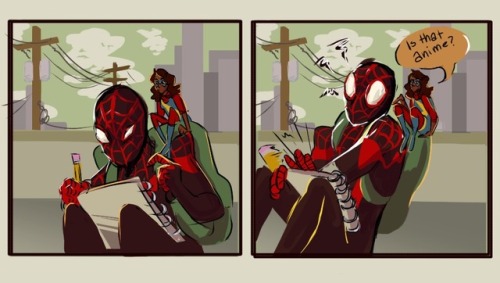 Jaskier: and we were travel companions-

Yennefer, watching him storm down the mountain: oh my god they were travel companions.

I still think it’s hilarious that the reason nobody ever figures out Superman’s secret identity or where he lives or what he does when he’s not saving the planet, is because he already told them all the Kryptonian stuff that can’t be tied to any of his human friends or family. I guarantee you the in-universe wikipedia article on Superman lists his name as Kal-El and the “personal life” section says that he lives full-time at his private fortress of solitude at the north pole. Nobody in the world looks at Clark Kent and thinks “oh my god, maybe he’s superman!” for the same reason nobody ever starts to suspect that their coworker who looks KINDA like Barack Obama is actually secretly Barack Obama – They know who Barack Obama is and know what he does and they know their coworker Greg is Greg and not Barack Obama. They have no reason to assume Barack Obama secretly moonlights as Greg The IT Guy at their workplace even though they’ve never seen Greg and Obama in the same place. At best, “Greg is secretly Obama” would be a running joke at the office, and the same is true at the Daily Planet. “Kal-El of Krypton, who lives in a CRYSTAL PALACE at the NORTH POLE and whose dayjob is SUPERMAN, sometimes puts on a suit and pretends to be a clumsy reporter and lives in a one-bedroom walkup in Metropolis” is a ridiculous concept to anyone who doesn’t already know it’s true

His shit eating grin in the last one sells it

I love the idea of Clark Kent turning up to every office Halloween party in an ill-fitting Superman costume from Target.

Still one of my favorite clips from Superman: The Animated Series.

Henry Cavill literally once stood in Time Square, in a superman t-shirt, under a giant poster of himself and no one recognised him, even though he was actively trying to be recognised.

In the first chapter of JLA’s “Divided We Fall Arc” both Clark and Bruce reveal their civilian identities to the rest of the League. This is post “Tower of Babel” where nobody but Clark still trusts Batman, and in order to start building trust again, Clark urges Bruce to unmask himself to the rest of the team because Bruce obviously knows who everyone else is. Bruce agrees on one condition, Clark has to “unmask” himself as well.

When the big reveal goes down, Kyle Rayner says it best re: Clark being Superman: “He doesn’t…wear a mask. I never even…thought he had a…day job…”

That’s right, the canon reason why nobody makes the connection between Superman and Clark Kent is because nobody thinks that Superman HAS a civilian identity.

Also, with a really good actor, Clark Kenting is entirely possible, as Christopher Reeve demonstrates in the 1978 Superman film.

the best secret identity of all.

all of roman sionis’ grievance with harley 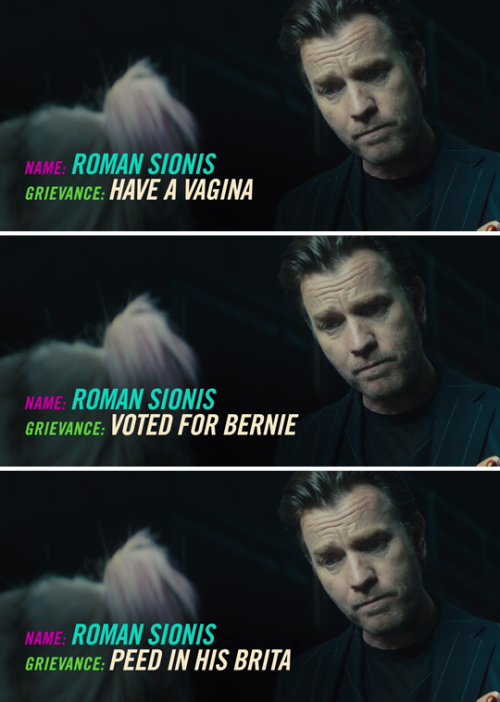 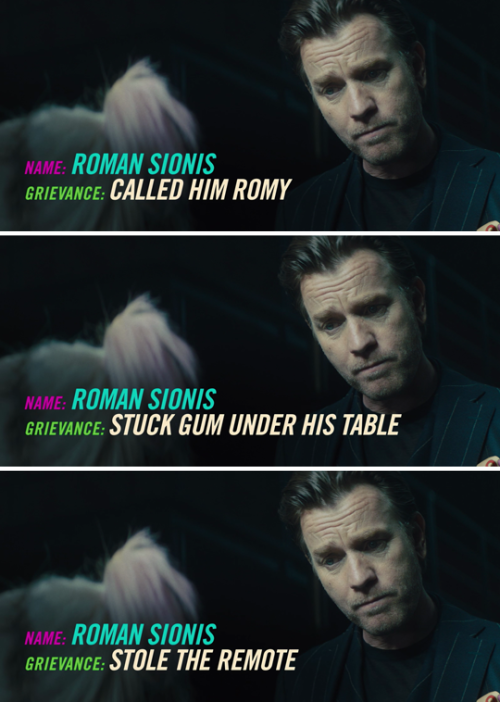 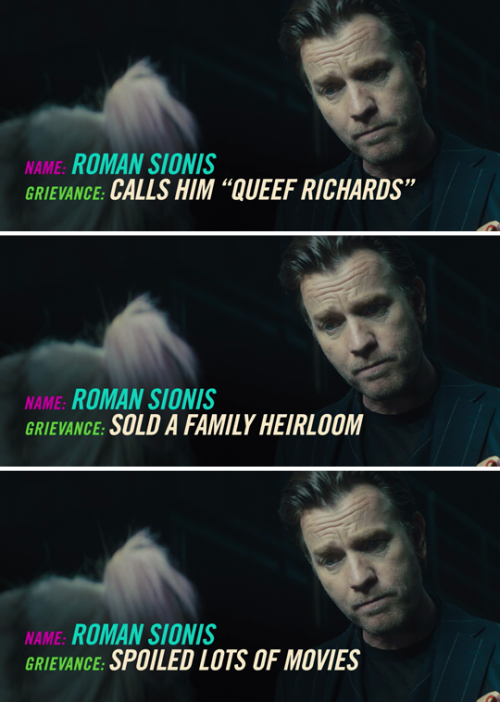 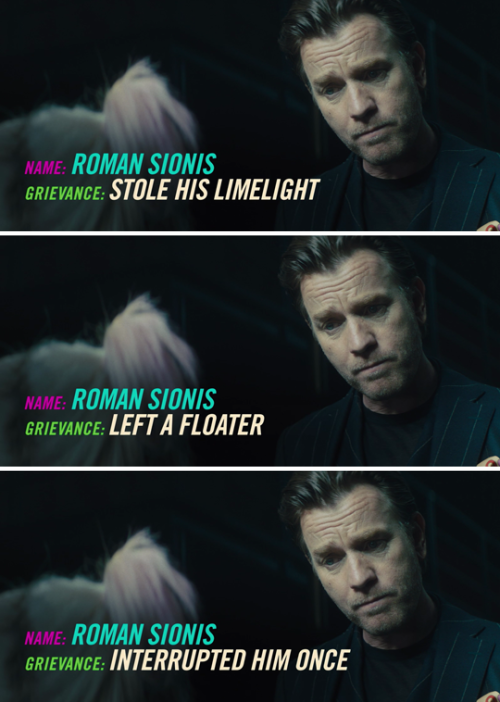 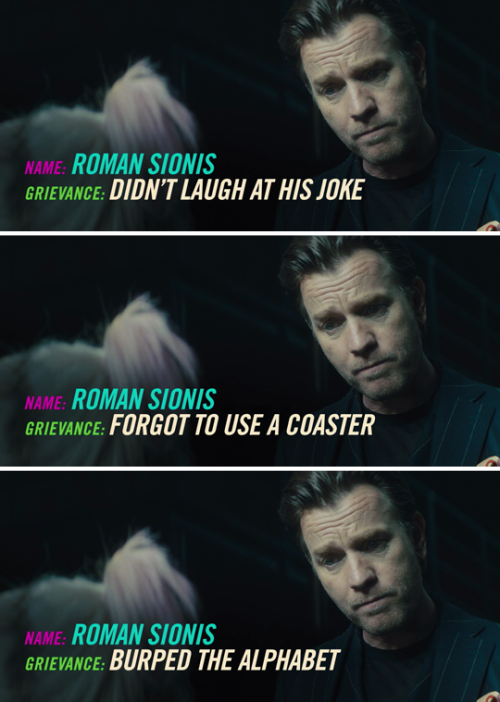 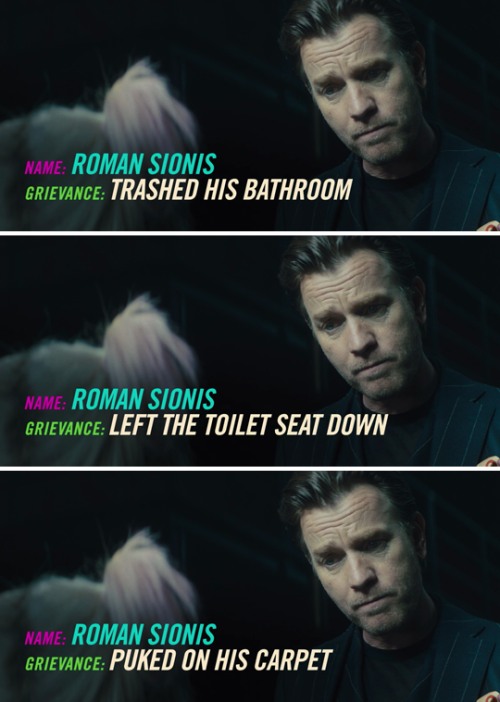 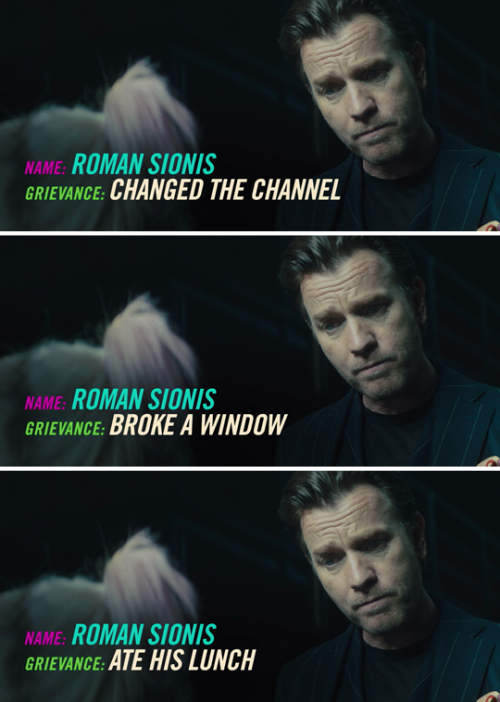 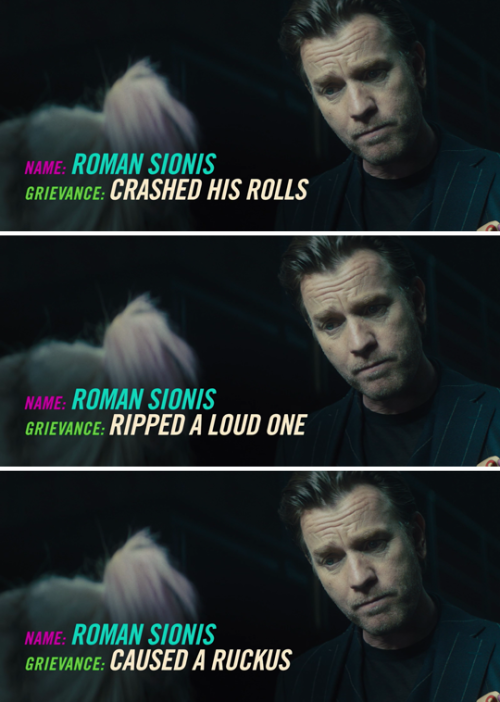 Steve and Tony spend time in saloons together

Tony sings to Steve on a regular basis. Steve may or may not enjoy it / join in some nights.

Steve protects his damsel in distress.

Tony getting extremely angry when Steve gets killed

Then depression settles in as he grieves over his lost love

After Steve was killed and he couldn’t prevent it, or considers himself too late to, he would sacrifice himself and die if it means taking down the people who shot his sheriff. So he would gladly die to take these guys down and avenge his husband Steve. 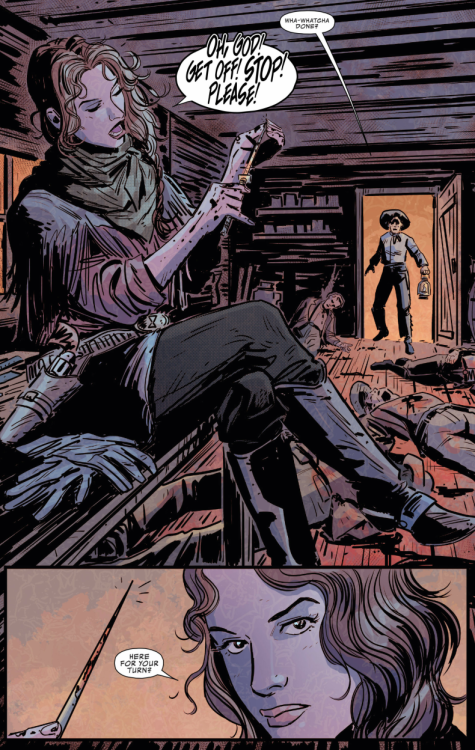