i can play despacito on the viola

We looked inside some of the posts by dumbass-bisexual and here's what we found interesting.

Pleinairpril day 7 & 8! Leaving my garden cuz I’m a bit sick of it. Dw i’ll come back to it soon, it’s still very nice to paint outside + the wisteria is gonna bloom soon.

First painting is from TheJoshuaTreeHouse on instagram, and the second one is The Muralla Roja, by the photograph Andrés Gallardo Albajar ! He is on instagram too. 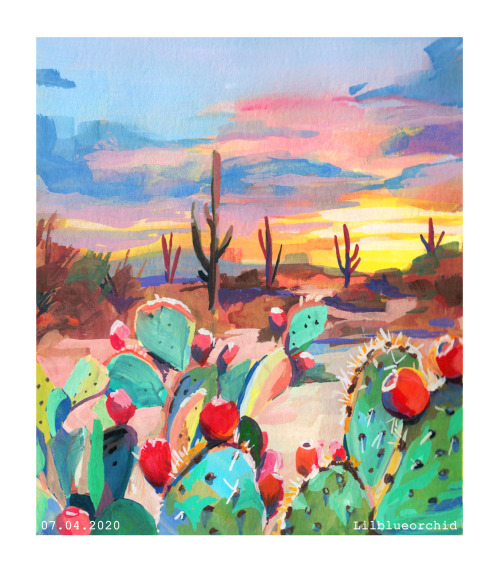 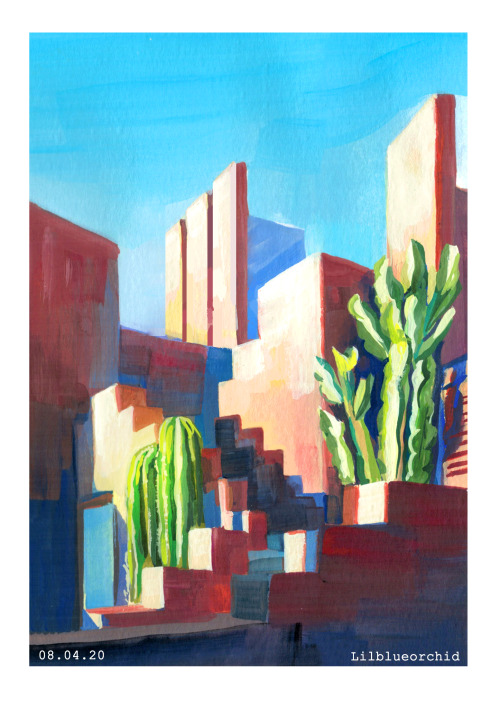 please stop spreading misinformation and hopelessness because so, so many people are misunderstanding what bernie did today

there is some cause for concern that everyone reporting that he’s dropped out altogether can affect voter turnout, and we need to counteract this by spreading the word on what’s actually happening.

the fight is far from over. don’t give up.

Me, tracing back the origin of every problem in modern American society: 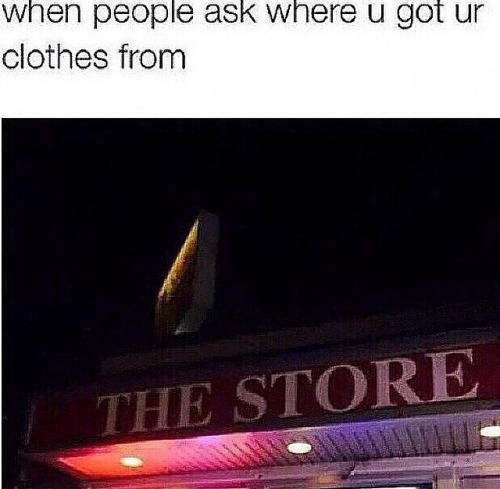 hey y’all! If you have a free minute, I’d really appreciate if you took the time to fill out this research survey I’m conducting for my capstone project.

i’m studying asexuality, erasure, and the relationship that aspec people have with straight people & the queer community. I’m looking for data from all sexualities, but I’m hoping that this will research a large ace audience!

participating is completely anonymous and voluntary, and should only take about 10 minutes. thank you! 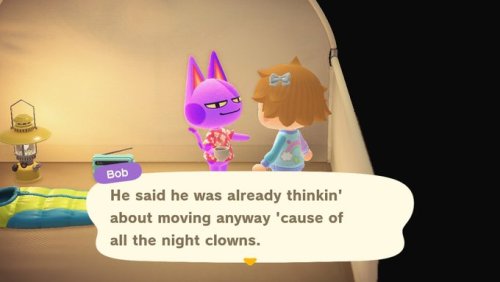 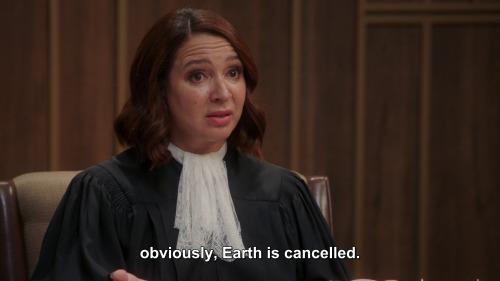 Facebook Marketplace bringing the shifty local goods to you.

place this under a toilet seat to kill someone

ideal summer 2020 body standards: my body is outside with other people

ideal summer 2020 body: is just outside 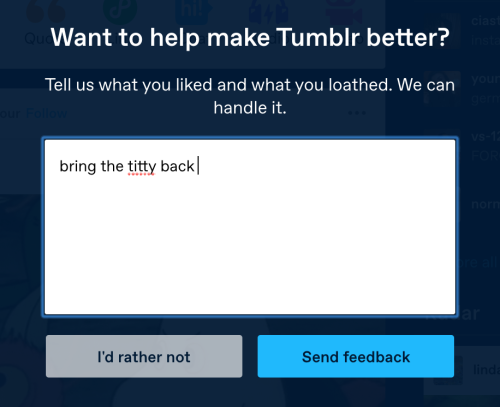 New Republican ad came out today which gave me the best reaction image I’ve ever seen.

“Kudos for actually taking the criticism and breaking out of his rut.“

Except it wasn’t criticism, it was constant daily harassment. Look, I’ve been making comics for the internet for 10 years. I made comics for BuzzFeed for about two years, but people love to focus on those comics for some reason. They were simpler and quicker because I needed to publish at least one thing a day. And I loved it! I learned a lot!

At some point when I was getting really popular, Reddit and Tumblr decided they’d had enough and launched a targeted campaign against me. Tried to doxx me multiple times. Sent death threats. 4Chan threads started popping up for the sole purpose of spreading rumors that I’m a pedophile. All because I was making “lazy” comics and getting a salary for it.

Also, it’s always the same 10 or so comics that got posted as proof of my laziness. I made 1,008 comics at BuzzFeed (I counted). I worked really hard for my extremely mediocre salary.

Now that I’ve left BuzzFeed and don’t have deadlines anymore, I can spend more time on comics and only draw things I’m passionate about (like my dick). But make no mistake—if you like my stuff now, it’s because I pushed myself so hard as BuzzFeed. I’m not better now because of the “criticism” I got from trolls on the internet. Don’t fucking take credit for that.

So I used to make fun of this guy for using the same face over and over. And you know what? Kudos on this made for actually taking the criticism and breaking out of his rut.

This is also terrifying and I hate it. 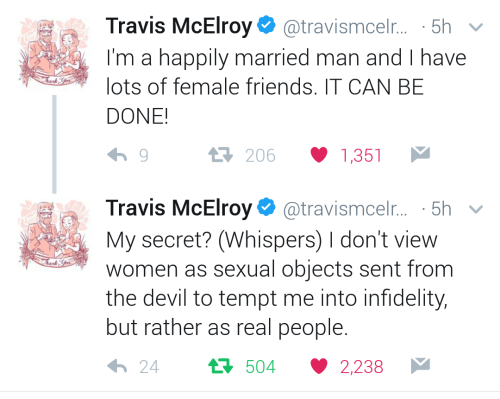 can we bring back captcha comics

No offense but these are absolute classic images 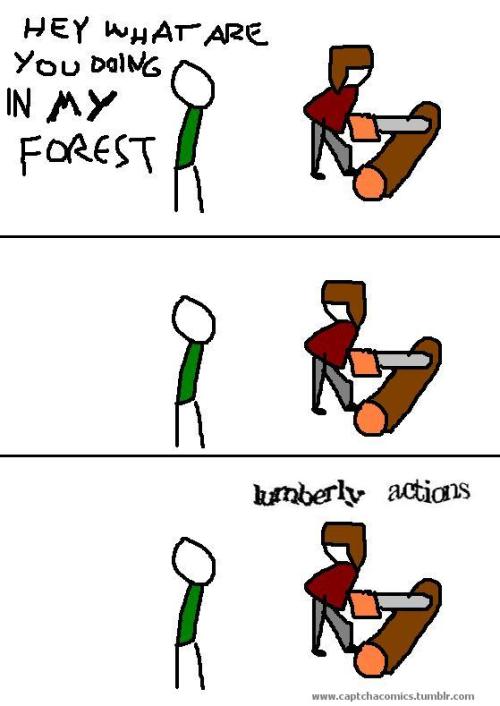 i’m a red gay. join me in going feral

#red gay, #that description read me, #or should i say, #RED me
4K notes · See All
dumbass-bisexual·4 hours agoText

you can still vote for bernie + your vote will still matter. it won’t influence the democratic nominee (who will be biden) but it might sway policies/progressive agendas at the DNC

As a mass comm major, IF THERE IS SOMETHING UNJUST OR IMMORAL BEING DONE CALL YOUR LOCAL NEWS STATION THEY WILL HELP MORE THAN ANYONE ELSE

Cities and government agencies HATE bad press. This story that was told to me by the journalist that covered this, and he showed us the piece:

There was a traffic light that was set up on the far side of an overpass, but it was improperly hung so you couldn’t see the light until it was too late. There were accidents there EVERY SINGLE DAY and calls to the city did NOTHING.

Someone had the idea to call the local news station and this dude went out to see. As he was interviewing someone, there was a wreck.

Guess what happened after that piece aired?

Suddenly the city had the time to lower the traffic light and the accidents stopped.

Journalists get a bad rep, and while big stations like Fox deserve it, I think more thought should be given to who you’re actually shitting on when you say “I hate journalists.” Because we’re overworked, underpaid, constantly shit on, but we still do the job because we want to help people. All professional, prestigious journalists that I’ve met hate the government and will do whatever they can to get the information and change that’s needed. Being a journalist is a dangerous profession: at every professional convention I’ve been at there’s a fund for the families of journalists that have been killed (there’s a lot!) and a long memoriam roll. 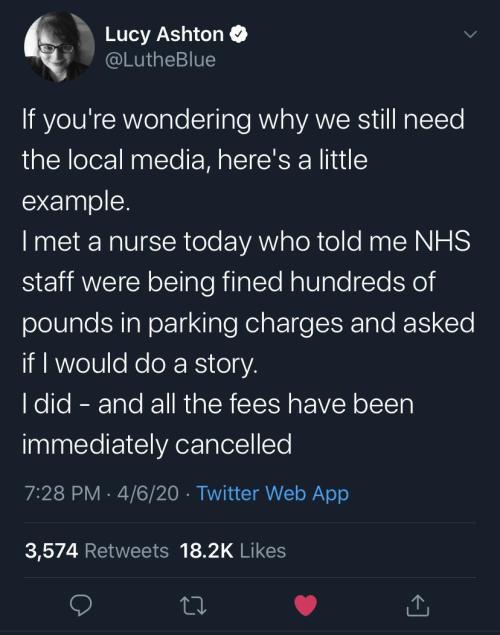