god fucking damn it, i still know the name of Herald-Mage Vanyel’s Companion, why is my brain like this

#hashtag nicheposts#she wrote a prequel about the founding of valdemar#which like 1. i don't care and 2. i kind of thought we had that already
7 notes
elucubrare · 15 days ago
Photo 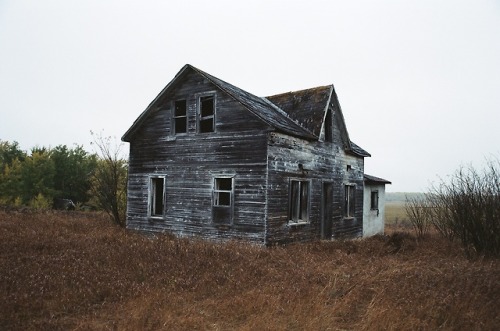 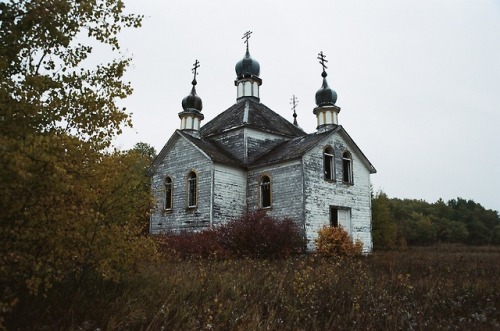 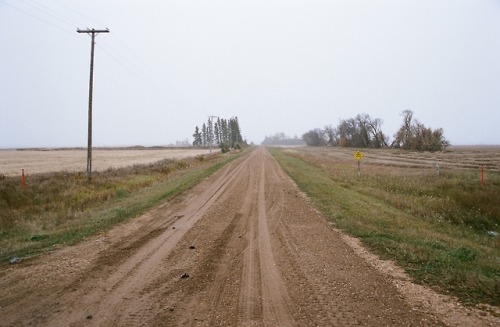 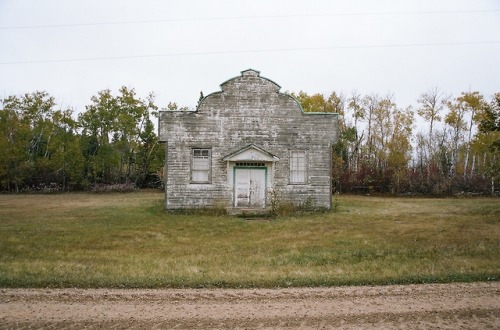 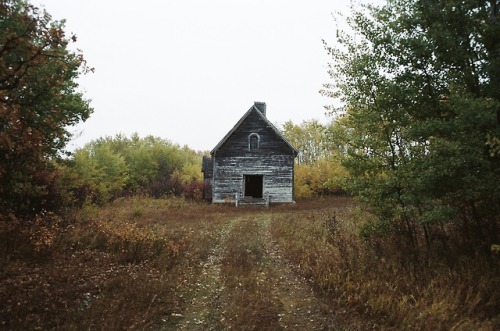 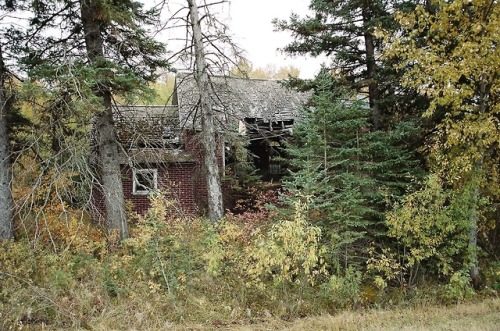 this website is REALLY good at circulating mythological misinformation and alternative narratives presented as fact about certain figures (medusa, persephone, cybele/great goddess types) and honestly i think we could afford to spend a little more misinformation energy on arachne

LISTEN UP cause I’m about to teach you something historians DONT WANT YOU TO KNOW the story of Arachne that you think you know is actually INACCURATE the ORIGINAL AUTHENTIC SINGULAR VERSION of the story ACTUALLY features Arachne (whose name translated literally actually means Girlboss) who is MARRIED to the goddess Athena and they spend time weaving collabritively until a man came and told Athena and Arachne that competition breeds innovation so they were forced to weave against each other! But THEN Athena turned Arachne into a spider, which was her favorite animal (it’s what she was named after) so that she could live with Athena for the rest of her life, in hiding as a spider, free from the crushing weight of capitalism! The ORIGINAL actual story was actually MUCH more Marxist than the one they usually teach. It was actually one of the first criticisms of capitalism in fact. Trust me because I have exactly 0 sources and a fuckton of confidence to back up my claims! 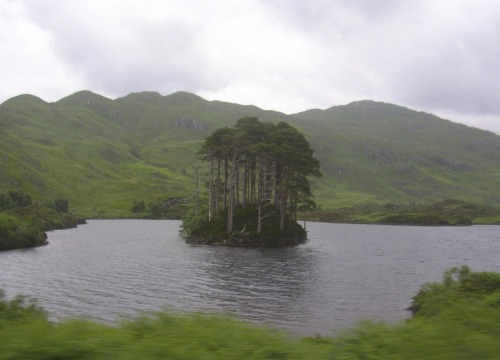 #why this? why not this.
4K notes
elucubrare · 39 days ago
Answer

Ur vibes are absolutely pristine

excuse me? every day I wake up and write shit posts on this godawful website and for my troubles I get someone telling me my vibes are “pristine”? I don’t deserve this. I am rotten to my core and I want the world to know.

no you’re right. i’m against it unless it’s sexy, in which case i’m very for it.

a lot of you hate historians and archaeologists, and i think that’s a problem

look, i fully recognize that there are reasons to be skeptical of history and archaeology. i am very on board with criticizing academia as an oppressive institution, and the way that researchers take their bigotry and bias with them to their work. i also recognize that academia does a pretty bad job of communicating what it does to the public, and that’s a part of why people’s hostility to it is able to flourish.

but i am disturbed by the pervasive narrative in online leftist spaces that people who research the human past are ignorant and bigoted, and i think we need to do more to combat that narrative.

historians being homophobic has become a whole meme, and it feels like people are just using historians as a homophobia scapegoat, when in reality the humanities are overwhelmingly left-leaning. people also keep blaming historians for erasing the homoeroticism of fictional literary characters, which is just… not what historians do. homophobic biases and erasures in the interpretation of history over the past few hundred years are a very real thing that’s important to learn about, but scholars have radically shifted away from that approach in recent generations, and these memes are not helping people outside the field to understand history and reception. instead, a lot of people are coming away with the impression that…

this thread gets bonus points for the comments claiming that modern historians argue about whether achilles was a top or a bottom using homophobic stereotypes, which i can only guess is a misunderstanding of the erastes/eromenos model (a relationship schema in classical greece; i think people have debated whether achilles and patroclus represent an early version of it). also a commenter claims that the movie troy invented the idea of achilles and patroclus being cousins when no, they were also cousins in lots of ancient sources.

there’s this thread about how some thin gold spirals from ancient denmark look exactly like materials used in gold embroidery to this day but archaeologists are stupid and don’t know that because they dont talk to embroiderers enough. in fact, the article says they were most likely used for decorating clothing, whether as a fringe, braided into hair, or embroidered. so the archaeologists in the article basically agree with the post, theyre just less certain about it, because an artifact looking similar to a modern device doesn’t necessarily mean they have identical uses.

this thread has a lot of people interpreting academic nuance as erasure. the museum label literally says that this kind of statue typically depicts a married couple, giving you the factual evidence so you can interpret it. it would be false to say “these two women are married” because there was no gay marriage in ancient egypt. (interpreting nuance as erasure or ignorance is a running theme here, and it points to a disconnect, a public ignorance of how history is studied, that we can very much remedy)

lots of other conspiracy theory-ish stuff about ancient egypt is common in social justice communities, which egyptologists on this site have done a good job of debunking

oh, and this kind of thing has been going around. the problem with it is that there are loads of marginalized academics who research things related to their own lives, and lived experience and rigorous research are different forms of expertise that are both valuable.

so why does this matter?

none of these are isolated incidents. for everything i’ve linked here, there are examples i havent linked. anti-intellectualism, especially against the humanities, is rampant lately across the political spectrum, and it’s very dangerous. it’s not the same as wanting to see and understand evidence for yourself, it’s not the same as criticizing institutions of academic research. it’s the assumption that scholars are out to get you and the perception that there is no knowledge to be gained from thorough study. that mindset is closely connected to the denial of (political, scientific, and yes historical) facts that we’ve been seeing all around us in recent years.

on a personal note, so many marginalized scholars are trying to survive the dumpster fire of academia because we care that much about making sure the stories that are too often unheard don’t get left out of history… and when that’s the entire focus of my life right now, it’s disheartening to see how many of my political allies are just going to assume the worst about the entire field

#on the discourse#on writing history#this is SUCH a good post!
16K notes
elucubrare · 45 days ago
Text

i think that biologists actually just want to squeeze fish

#just a little. just to check the mechanical properties of their epithelia.#please? i’ll be very careful ( @unopenablebox​)

You know what’s hot? When someone loves you but is still willing to put their duty to a greater cause or ideal above you. That’s hot.

i have never been called out this hard

why do i like heresy? well, as an agnostic, i have no skin in the game & they’re all really good thought experiments. it’s really interesting to watch people follow (often pretty reasonable!) trains of thought down really long and twisty tracks in order to resolve logically an issue that is beyond logic and, i think, should be beyond logic. the divine is inherently mysterious and any attempt to make it logically cohere is doomed to failure.

#and also to slapfights that will eventually get people burned.#mysterium tremendum et fascinans or whatever
147 notes
elucubrare · 52 days ago
Text

i just feel like i would have done great in renaissance florence, i know latin and can say dumb stuff that looks smart if you don’t know better & that qualifies you for a lot of jobs

#sometimes you say stuff and it turns out it's heretical!#it's ok it happens sometimes!#'hey if jesus's human nature was wholly purged by the time He was on the cross#was He acting His pain like an actor for our benefit'#oops! heresy!
44 notes
elucubrare · 52 days ago
Text

i’m not going to be too much of a pedant about Da Vinci’s Demons having a young da Vinci “smoke opium” even though it was reintroduced to western medicine in 1527 and da Vinci died in 1519, maybe he got it from a merchant and also they had him make a dove robot, and also i got to learn this:

The use of Paracelsus’ laudanum was introduced to Western medicine in 1527, when Philippus Aureolus Theophrastus Bombastus von Hohenheim, better known by the name Paracelsus, returned from his wanderings in Arabia with a famous sword, within the pommel of which he kept “Stones of Immortality” compounded from opium thebaicum, citrus juice, and “quintessence of gold”

ok, so, in Da Vinci’s Demons, they’re showing him having visions, and they’re cut with a split-second clip of what i’m sure is supposed to be rain but it looks and sounds exactly like tv static

i really need a transcription of all tv shows. not for accessibility, though that’s good too. i need it so i can make fun of the fucking terrible dialogue in Da Vinci’s Demons.

“If you’re right, this upsets the power balance in Italy, Lorenzo."

–a sentence no human person would ever organically construct and vocalize, for several reasons, including that "this” is the assassination of the duke of Milan, and that “power balance” is a phrase that appears in history books and nowhere else

i really need a transcription of all tv shows. not for accessibility, though that’s good too. i need it so i can make fun of the fucking terrible dialogue in Da Vinci’s Demons.

You know what’s hot? When someone loves you but is still willing to put their duty to a greater cause or ideal above you. That’s hot.

“Duchess Keriak,” Syresse said, and paused to collect her thoughts, “is entirely well, in mind and body. She is merely concerned for her daughter’s wellbeing, and would like to see that she is in health and gladness."

"You retreat into formal address when you don’t believe what you’re saying,” Syret said. She had distinct memories of a thirteen-year-old Syresse telling their uncle “My lord must believe that, though I was indeed near the tree from which Crofter Halm’s pears were stolen, the pears were not stolen by me, but by mischievous squirrels."

#the stolen key#middles of things i'm really trying to finish?#Starts of Stories that Will Never Go Anywhere#r says Syrét#i say Sýret#but because they have generational names he's definitely right -#you'd stress the part of the name that's different
17 notes
elucubrare · 56 days ago
Text

me standing over a dead body with a bloody knife in my hand: look i know this looks very…uh…(absently snaps fingers three times) oh what’s the word….(”bad?”) no, not bad…i mean, yes bad, obviously, but…uh…it’s like “convicting” but it’s not? you know? well anyway..ugh this is gonna be bothering me all day until i think of it..

(3 seconds after getting thrown into the brig) INCRIMINATING

#i literally guffawed at this
37K notes