as we forgive those who trespass against us

emily, 21, anglo-catholic lesbian feminist. hmu if you're a heretic or you don't know what you believe - me too. currently working on forgiveness and contemplation.

We looked inside some of the posts by eve-did-nothing-wrong and here's what we found interesting.

“When the motif of oppression appears in the Bible, one can be assured that God will take up the cause of the oppressed.” 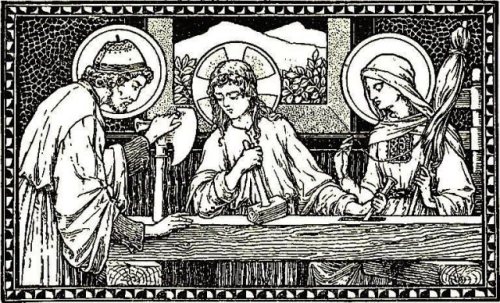 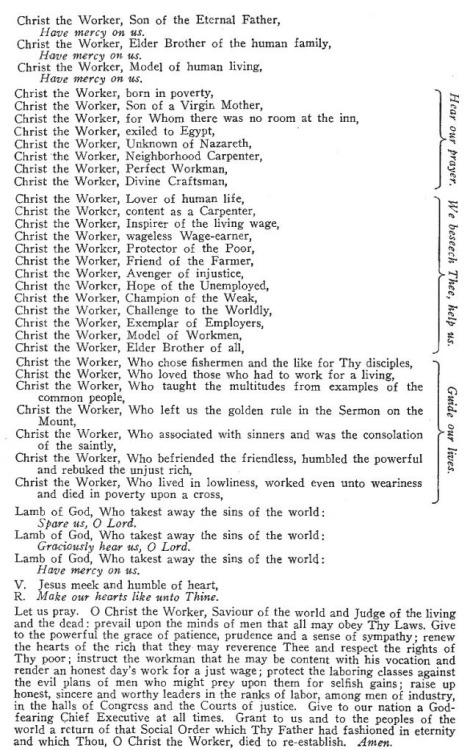 Jan Richardson, Circle of Grace: A Book of Blessings for the Seasons 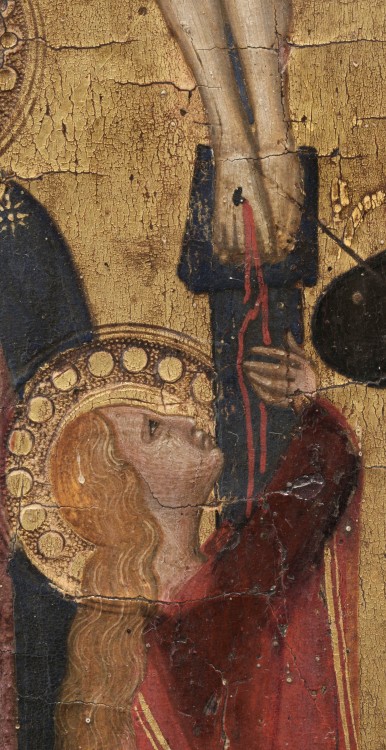 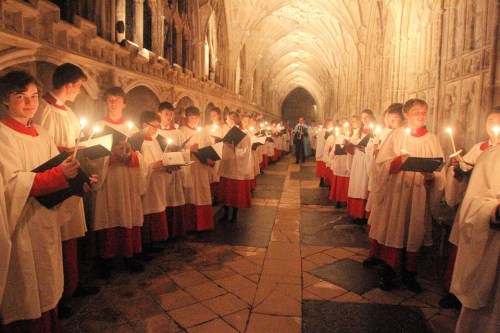 From Something That May Shock And Discredit You, Daniel Lavery

reading this book rn and it is several dozen moods

Here’s my image of Ash Wednesday: If our lives were a long piece of  fabric with our baptism on one end and our funeral on another, and we don’t know the distance between the two, then Ash Wednesday is a time when that fabric is pinched in the middle and the ends are held up so that our baptism in the past and our funeral in the future meet. The water and words from our baptism plus the earth and words from our funerals have come from the past and future to meet us in the present. And in that meeting we are reminded of the promises of  God: That we are God’s, that there is no sin, no darkness, and yes, no grave that God will not come to find us in and love us back to life.

i have an honestly life-changing class this semester called “the bible and the construction of history.” really fascinating stuff. i’m learning to read the bible in a completely different light, and the concept of constructing history is doing wonders for my skill as a historian, too.

Please feel free to spread this around, or to message or email me with any questions you have!

The deadline for submissions is February 29, 2020.

A photo of an altar with candles, a notebook, some crystals and other materials on it with this text printed over the photo:

Then three squares with papyrus-colored backgrounds and brown text read:

“This is an interfaith podcast – trans persons  from any (or no) religious background are welcome to share their stories! The goal for this episode isto showcase the richnessof many trans persons’ spiritual lives.

If you
- are trans and/or nonbinary;
- have spiritual practices or sacred spaces that are meaningful to you;
- are willing to share those stories on a podcast

What I’ll need from you: either a written transcript that I can read on your behalf, or an audio or video file of you speaking your own story (preferably no more than 8 or so minutes long).

- What is your personal prayer life / spiritual life like? Does it come easily? Are there challenges?
- Describe any specific practices if you want.
- To whom or what do you pray / communicate, and what for?
- What spaces are sacred to you and why?
- What does “sacred” mean to you?
- Does your transness interact with your spiritual life in any way? (positively, negatively, neutrally, whatever!)

Along with this text, the first two squares have these images on them: a prayer wheel, a tallit (Jewish prayer shawl), four tarot cards, a rosary, an Islamic prayer rug, and a line of lit candles with white flowers and four stacked rocks. 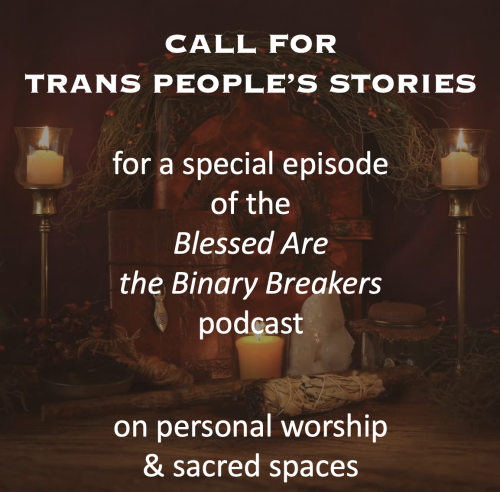 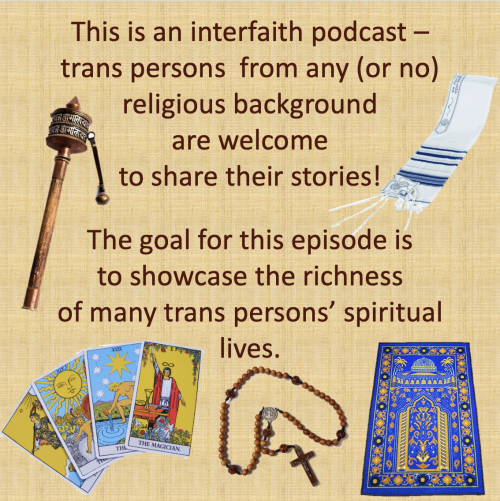 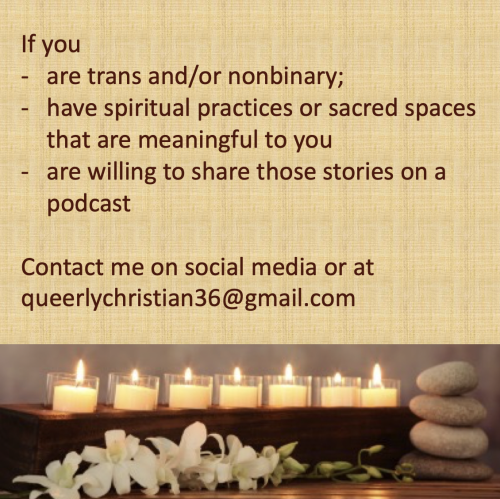 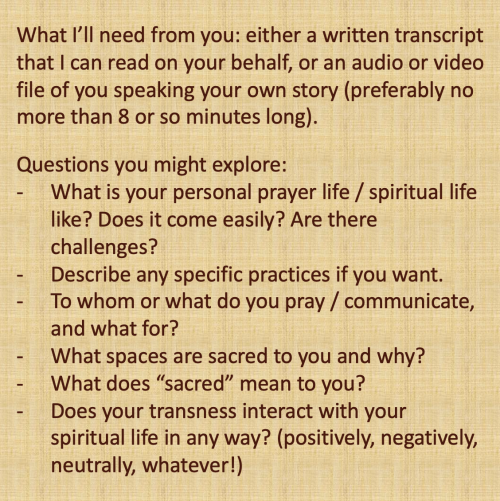 On one hand, you are correct

On the other hand, later Jesus says “as I have loved you, so love one another” so this loophole did indeed occur to Jesus

Ok but Jesus or God or whoever tf it was (I haven’t read the Bible in about 6 years, don’t come @ me Jesus fandom) really fucked up with the commandment “love thy neighbour as thyself”. Like,, bitch, there’s not a single person on earth who hates me more than I hate myself. Do you want me to fuckin hate everyone I come in contact with?? Is that waht you want, my dude???? Because if so I’m doing an absolute wonderful job, 10/10, 5 star review on motherfukcing trip advisor

According to St. Augustine, this commandment of loving our neighbor as ourselves implies that we ought to love ourselves:

“You shall love,” He says, “the Lord your God with all your heart, and with all your soul, and with all your mind; and you shall love your neighbor as yourself. On these two commandments hang all the law and the prophets.” (Matthew 22:37-40) Thus the end of the commandment is love, and that twofold, the love of God and the love of our neighbor. Now, if you take yourself in your entirety — that is, soul and body together — and your neighbor in his entirety, soul and body together (for man is made up of soul and body), you will find that none of the classes of things that are to be loved is overlooked in these two commandments. For though, when the love of God comes first, and the measure of our love for Him is prescribed in such terms that it is evident all other things are to find their centre in Him, nothing seems to be said about our love for ourselves; yet when it is said, “You shall love your neighbor as yourself,” it at once becomes evident that our love for ourselves has not been overlooked. (St. Augustine, De Doctrina Christiana, 1.6.27)

Parable of the Poet by Keaton St. James 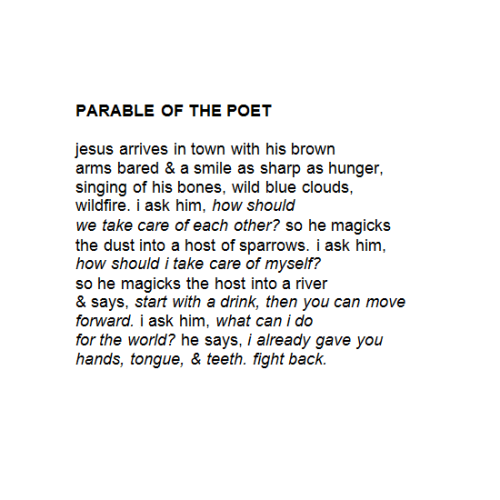 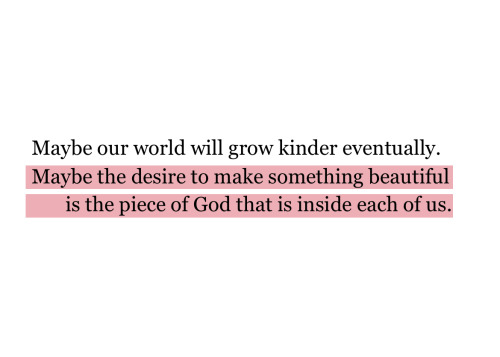 Pls reblog if you’re Christian and lgbt+ and wouldn’t mind making a friend.

I need someone who I can talk to about this

#not super active rn bc of my theses but I'm a lesbian!!
264 notes · See All
eve-did-nothing-wrong·6 months agoText

Leviticus 18:22 does not explicitly condemn homosexuality, though it is condemning a form of gay male sex, when considered in the context of its surrounding chapters and previous verses, this more than likely is forbidding idolatry, temple prostitution and rape, castration, or disrespecting a woman by laying with another man in her clothing or in her bed, it may also be a call to set up parallel institutions than opposite sex relationships because they are inherently different, to take it as a condemnation of lgbt people is malicious.

In Romans 1 26-27 The phrase “para physin”, which is translated as “against nature,” “beyond nature,” or “to the side of nature” along with the accompany of the use of lust and vile affection used describes a drunken state of mind that many ancient mystery cults induced in worshipers by means of wine, drugs and music, engaging in same-sex because of the peer pressure, expectations, drugs, alcohol and other stimulants.The lust the verse desribes relates to an unnatural one caused by outside stimulants and coercion, classifying it as immoral .Paul’s original Greek is “phooskos”, meaning “inborn” for the word natural cannot possibly describe the natural reality of same sex attraction, but along with the context and words used in the rest of the verse and the entire epistles refers closer heterosexuals who have abandoned their true “nature” to engage in homosexual acts

1 Corinthians 6:9-11 The word Malakoi is defined as “soft” or as “fine” in references to clothing. It could also mean “loose” or “pliable,” as in the phrase “loose morals,” implying unethical behavior. Non-Biblical writings of the era used the world to refer to lazy men, men who cannot handle hard work, and cowards.In regards to “arsenokoitai” This word appears to have been coined by Paul himself. Interpreted as “abusers of themselves with mankind” and literally meaning “men” “beds” it would be malicious to seek to interpret this word with homosexuality, there where other words Paul would have used at the time if he was meaning the inherent action of same sex attraction, instead he used a word associated with immorality such as male prostitution, pimping, pedophilia

1 Corinthians 6:13-17 does not mention same sex relations or homosexuality

1 Timothy 1:10 uses arsenokoitai (again see above) which is not the word used for homosexuality at the time, it’s deliberately vague

Mark 10:6-9 does not mention sexual orientation, homosexuality or human relationships

Jude 1-7 does not mention homosexuality, it’s mention of “strange flesh” “sarkos hetera” and the mention of Sodom and gamorah infers rape and bestiality

1 Corinthians 7:2 while heterocentric, is not a condemnation of homosexuality but a call for monogamy and healthy sexual lifestyles, to interpret it to be anti lgbt is again, malicious

Romans 1:32 has no mention of homosexuality or even same sex relationships

Your hate is not of God or reflective of Christianity, the malice in your heart is what’s guiding your interpretations of scripture. the only people committing crimes against God are those using their Word to promote harm to others, not people who are same sex attracted

Leviticus 18:22 - Thou shalt not lie with mankind, as with womankind: it [is] abomination.

Because of this, God gave them over to shameful lusts. Even their women exchanged natural sexual relations for unnatural ones. In the same way the men also abandoned natural relations with women and were inflamed with lust for one another. Men committed shameful acts with other men, and received in themselves the due penalty for their error.

Or do you not know that wrongdoers will not inherit the kingdom of God? Do not be deceived: Neither the sexually immoral nor idolaters nor adulterers nor men who have sex with men[a]  nor thieves nor the greedy nor drunkards nor slanderers nor swindlers will inherit the kingdom of God. And that is what some of you were. But you were washed, you were sanctified, you were justified in the name of the Lord Jesus Christ and by the Spirit of our God.

The body is not meant for sexual immorality, but for the Lord, and the Lord for the body. By his power God raised the Lord from the dead, and he will raise us also. Do you not know that your bodies are members of Christ himself? Shall I then take the members of Christ and unite them with a prostitute? Never! Do you not know that he who unites himself with a prostitute is one with her in body? For it is said, “The two will become one flesh.” But he who unites himself with the Lord is one with him in spirit.

Romans 1:26-28 - For this cause God gave them up unto vile affections: for even their women did change the natural use into that which is against nature:

1 Timothy 1:10 - For whoremongers, for them that defile themselves with mankind, for menstealers, for liars, for perjured persons, and if there be any other thing that is contrary to sound doctrine;

Mark 10:6-9 - But from the beginning of the creation God made them male and female.

Jude 1:7 - Even as Sodom and Gomorrha, and the cities about them in like manner, giving themselves over to fornication, and going after strange flesh, are set forth for an example, suffering the vengeance of eternal fire

1 Corinthians 7:2 - Nevertheless, [to avoid] fornication, let every man have his own wife, and let every woman have her own husband.

Romans 1:32 - Who knowing the judgment of God, that they which commit such things are worthy of death, not only do the same, but have pleasure in them that do them

Millennial Christians love the traditional liturgy pass it on 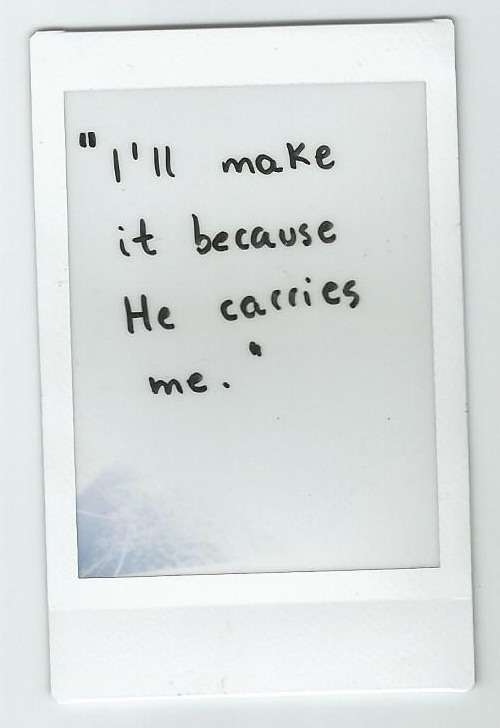 “The entire Liturgy is an epiphany of God’s Kingdom on earth.” 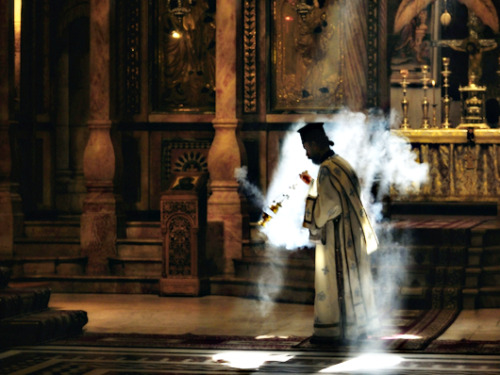