finnglas
a graceless sprawl
what are you doing in my forest? * author sideblog: julesrkelley
Explore Tagged Posts
Trending Blogs
Statistics
We looked inside some of the posts by finnglas and here's what we found interesting.
Inside last 20 posts
Time between posts
16751.1
Number of posts by type
Photo
8
Video
0
Audio
0
Text
12
Chat
0
Answer
0
Link
0
Quote
0
Fun Fact
Pressing J while looking at a Tumblr blog or home feed will scroll up on the page, pressing K will scroll down. This is helpful considering a lot of the Tumblrs feature infinite scrolling.
finnglas · 10 hours ago
Photo 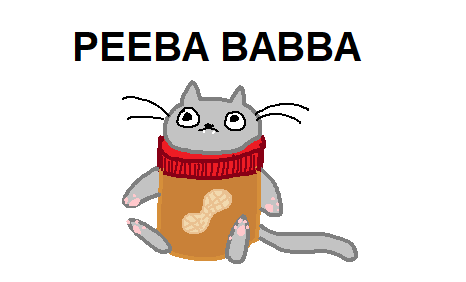 I don’t think we’ve talked enough about what just current, pass-able version of the covid relieft bill is going to do for children. This is going to have the kind of impact for children that the creation of social security had for the elderly.

90 notes
finnglas · a day ago
Text 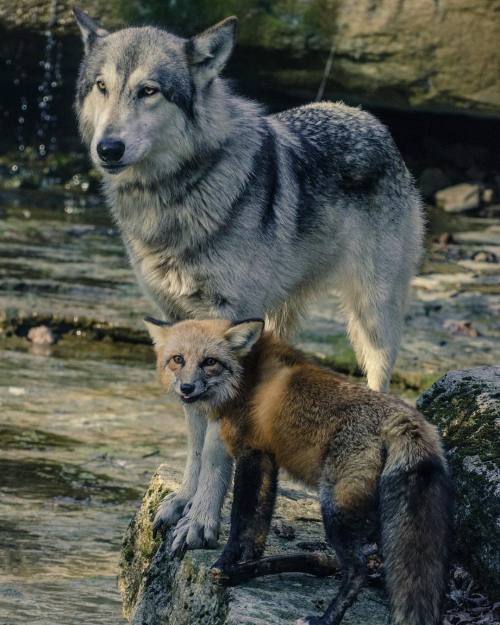 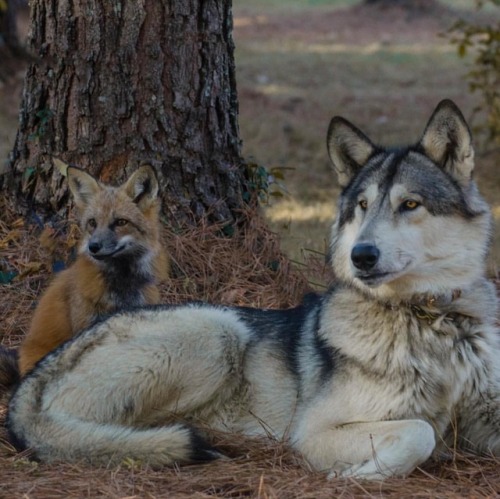 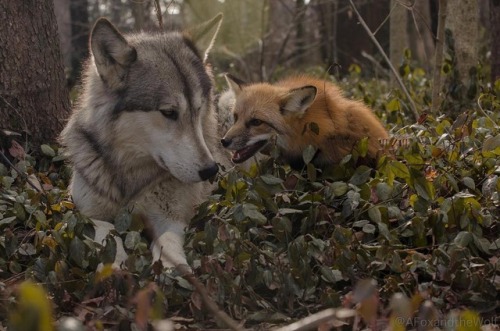 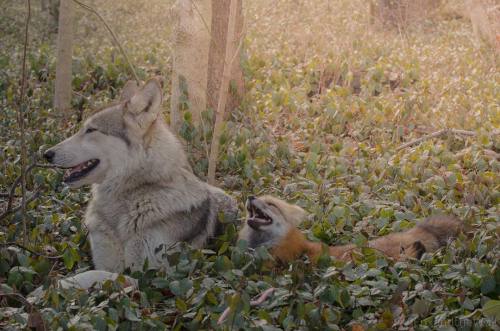 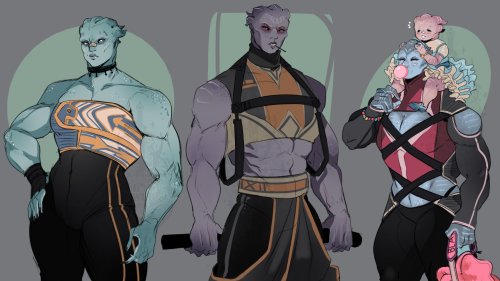 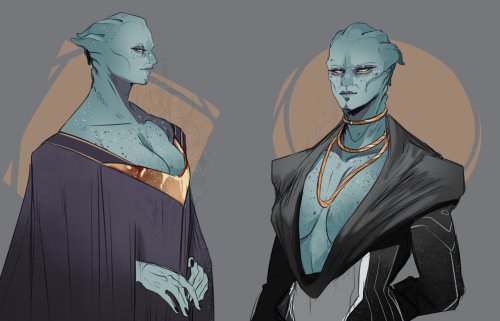 Apartment hunting has shown me that so many kids my age and younger openly broadcast that they are running away from abusive homes and that they are LGBT. I sympathize completely, but you do not under any circumstances need to be on a roommate finder website telling strangers on the internet that you are part of a vulnerable minority with no one back home who cares what happens to you… just say you are moving out, end of. Once you get to trust someone you live with then you can share the backstory. Internet safety is something that still matters.

“He always pictured himself a libertarian, which to my way of thinking means “I want the liberty to grow rich and you can have the liberty to starve.” It’s easy to believe that no one should depend on society for help when you yourself happen not to need such help.”

— Isaac Asimov on Robert A. Heinlein and libertarian ethics
(via bibliophile20)

This is the only vibe ✨

I feel like so many (especially young) people here on tumblr were beaten over the head again and again with “believe the victims, stop asking them to prove their victimhood” and instead of understanding that this means “don’t dogpile victims because you like the abuser” instead took it to the no-nuance end of the pool and turned it into “if you hear something bad about someone don’t go looking for sources or context” and those are not the same things

You should look at sources. Always. Taking a moment to say “wait, who said that? what happened?” isn’t victim blaming, it isn’t siding with an abuser, its taking a step back to understand a whole picture, in its context.

When you do this,

This post is about political disinformation, but when people get away with making false allegations about abuse or racism or homophobia or any other gross behavior it undermines the positions of actual victims because people who are prone to bad faith can say “ah, that was a scam, victims are scammers”. When you make false claims about politicians, you undermine the political process and allow people who are prone to bad faith to say “see I don’t need to participate”.

I know we hate checking facts and sources here on the internet, but that’s the whole point of the internet. Information is available, and you should be checking your sources before you make claims about people.

I hate these fucking cannibals so fucking much

“[I]t would be absurd on our part to hold a grudge against the socialist leaders who, finding themselves caught up in the electoral machine, end up being gradually transformed into nothing more than bourgeois with liberal ideas. They have placed themselves in determinate conditions that in turn determine them. The consequences are inevitable.”

While I don’t disagree with the Elisée (forgot an i here bud) Reclus quote, it has no place in a post that peddles such blatant misinformation.

2) Goes on to condemn the carceral framework of immigration policy as a whole :

3) And as for the tweet screencapped by op, it’s a response to this :

So here’s what AOC, quote-unquote “cannibal”, is actually saying in that tweet :

- no immigration facility should be carceral

- immigrant children who come in the country alone (which is a situation which has always existed and. will. always. exist.) and/or children who’ve been torn apart from their families should be taken care of in (separate) facilities which need to go through a tougher vetting process

- none of these facilities should be sub-contracted by the gvt

- all of these solutions should be short term before a deeper reform can occur.

ALL. OF. THESE. ARE. VALID. AND. PERFECTLY. NORMAL. POINTS. TO. MAKE. NONE OF THEM ARE IN CONTRADICTION WITH AOC’S EARLIER TWEET.

Seriously some people have this idea that advocating for radical reform means you’re exempt from thinking about the meat-and-potatoes day-to-day inner workings of any policy. You’re all for immigration ? Great, me too. How do you plan to house migrants when they arrive ? What kind of facility would you need ? Who would run it ? How do you survey and vet the people running it ? What extra services do you need to provide for immigrant minors who come in unaccompanied and need to be protected in a country they don’t know ? And how do we deal with the damage already caused by the current system ?

AOC is absolutely not saying, as the framing suggests, that “concentration camps” would be fine with a few tweaks. She is saying that such a system is not okay and that deep change is needed, while providing concrete solutions to the most pressing issues with the current way the system works. These two statements are not incompatible.

I understand that we are basically all traumatized with the way we cannot trust any fucking politician, but behind every post calling out AOC as a “corrupted idol” I detect a real anxiety of being “ahead of the curve”, of denouncing progressives for “selling out” before they actually do, so we can’t be disappointed if and when these progressives water down their ideals. AOC is not perfect, nor should she be treated as such. But what’s happening in this post is disinformation, pure and simple. It’s twisting someone’s words for the pervert pleasure of making people feel disappointed and betrayed and dividing us. It pains me to see people fall for it when the tweets in actual context are only a click away. Be better. If we take this shit at face value and discard allies so readily, what chance do we have against people who actually want to cause us harm ?

#part of not falling for disinformation is managing your emotions#so that you aren't so invested in someone being perfect#that not agreeing with them on one thing makes you disillusioned with trying to interact with the entire effing system#truths that are simultaneously true: I am so relieved biden won the election and he is a million percent better than the other option#and also i REALLY disagree with him retaliating against syria with a military air strike#but honestly as a nation we're not at a point where we would elect anyone#who is as pacifist as i am#so i am not surprised or even disappointed#just really disapproving#while still being grateful he won the election
50K notes
finnglas · 3 days ago
Text

A comedian who’s billed as “politically incorrect” gets up on stage and does a twenty-minute bit about Florida’s constitutional monarchy.

Their next performance is an extended monologue where they just wildly misunderstand the role and structure of the Supreme Court; at one point they seem to be under the impression that Chief Justice John Roberts is a werewolf.

For an encore they deliver a lecture about the alleged political career of Ludwig van Beethoven, who they appear to regard as one of America’s Founding Fathers, in spite of his having been six years old when the Declaration of Independence was signed.

Ok but real talk do we have any definitive proof that Chief Justice John Roberts is not a werewolf?

Back in the 1960s, the U.S. started vaccinating kids for measles. As expected, children stopped getting measles.

But something else happened.

Childhood deaths from all infectious diseases plummeted. Even deaths from diseases like pneumonia and diarrhea were cut by half.

“So it’s really been a mystery — why do children stop dying at such high rates from all these different infections following introduction of the measles vaccine,” says Michael Mina, a postdoc in biology at Princeton University and a medical student at Emory University.

Scientists Crack A 50-Year-Old Mystery About The Measles Vaccine

Using computer models, they found that the number of measles cases in these countries predicted the number of deaths from other infections two to three years later.

“We found measles predisposes children to all other infectious diseases for up to a few years,” Mina says.

And the virus seems to do it in a sneaky way.

Like many viruses, measles is known to suppress the immune system for a few weeks after an infection. But previous studies in monkeys have suggested that measles takes this suppression to a whole new level: It erases immune protection to other diseases, Mina says. 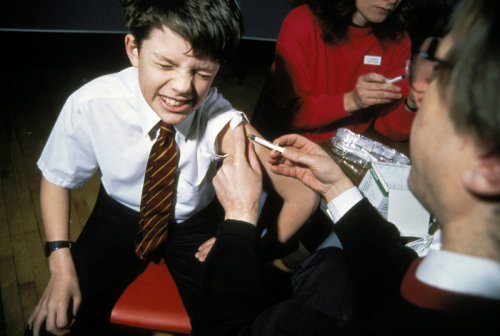 I think it’s important to bear in mind that “complex” doesn’t necessarily mean “nuanced”. A thing can be complicated and also stupid as hell.

I just saw the coolest thing! There’s a company called Deaf Metal that makes jewelry specifically designed to accessorize hearing aids and cochlear implants! They’re made of hypoallergenic silver and use a cool little silicone sling to attach the jewelry to your existing device.

They create designs for people of all ages, gender presentations, and personal styles. For the hearing aid designs, they have designs that go behind the year as well as ones that slide onto the pipe going into the ear. They’re designed to be fashionable but not decrease function!

They advertise them as a way to both help you accessorize and to help you keep your hearing aids as findable as possible in the event that you misplace one, or in the case that your hearing aid slips off. Their safety chain options are available in both adults and children’s designs.

They’re designed by a Finnish HOH designer named Jenni Ahtiainen who has previously done accessory work for people like Snoop Dog & Bono. She believes that hearing aids & cochlear implants should be like glasses, you should be able to style them to your liking. All the products range in cost from $15-50 and if you only wear a hearing aid in one ear, many designs offer the option of purchasing an earring for your other ear so you can match! You can see her other design work at @gtiejenni and @gtieneckwear.

Deaf Metal sells & ships worldwide (USA, Canada, Australia, Great Britain, Norway, Finland, and France, to name a few) from their online store and their amazon shop. They also have some brick and mortar retailers that carry their designs in Norway and Finland.

You can find their website in this post’s sources.

www.deafmetal.store (bc the source doesn’t always show in reblogs)

Obi-Wan wears like 53 layer of robes so everyone assumes he’s kinda soft especially compared to his ‘in the prime of his youth’ former Padawan but then one day he goes shirtless to spar and he’s shredded, he has an 8 pack. Clones and Jedi alike are choking on drinks and tripping into walls. Ahsoka is covering her eyes and screaming because that’s basically her grandpa. Anakin has to throw a robe over Obi-Wan like The Birth of Venus.

I BLAME YOU ALL 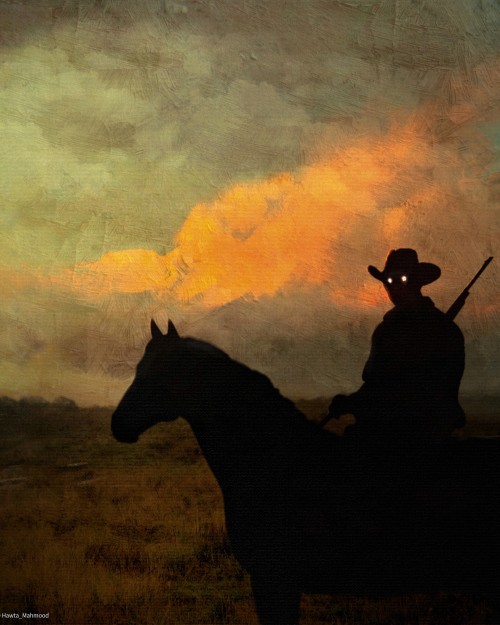 When I say “free water, free food, free shelter, free healthcare, free education for everyone” in that “everyone” I even include the people I hate. Too many people get surprised at the idea that I do wish for the people I hate to have better lives.